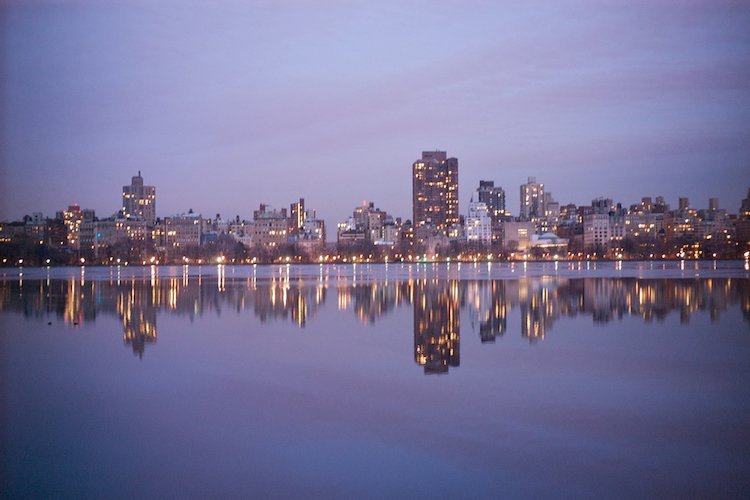 It might seem strange that the turnings of the moon first became salient to me in the middle of a city famous for its own bright lights. But, it would be true. The gravitational, tide-raising pull of the Full Hunter’s Moon of 2012 became newsworthy as a facet of Superstorm Sandy’s record flooding. Even months before that, though, I felt that I was being followed by Earth’s shining satellite. 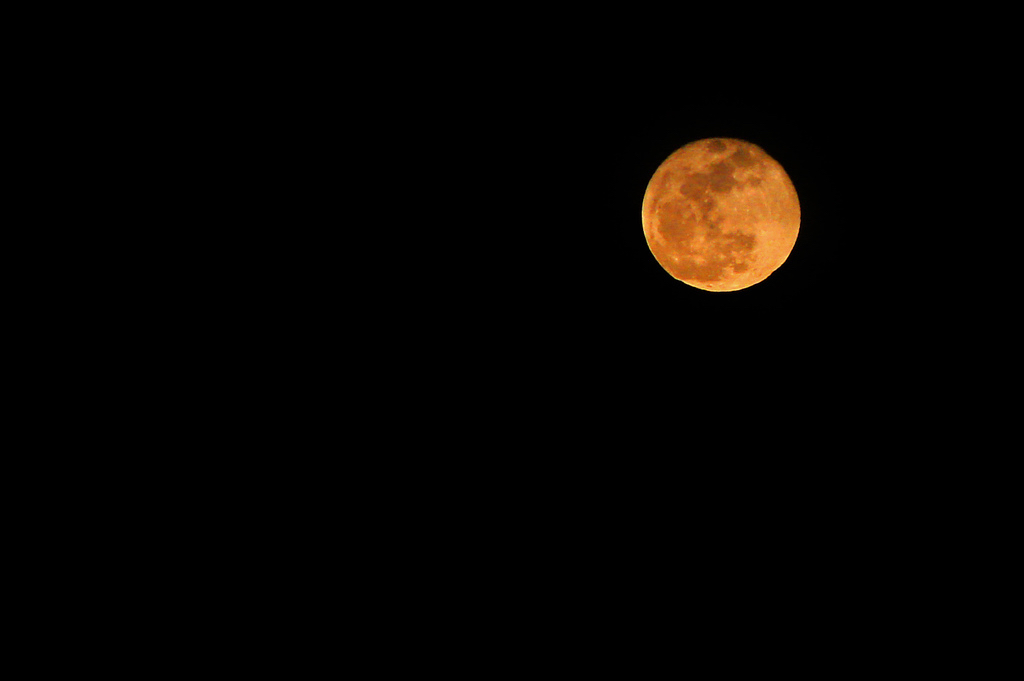 Each morning, before dawn, I left my New York apartment and ran up West Drive to the 1.58-mile loop skirting Central Park Reservoir. Recent immigrants, in the 1860s, hollowed this pool out of 450-million-year-old mica-spangled schist. Its initial function was to supplement the Croton reservoir system, which was built a generation earlier to pipe freshwater from upstate into the expanding metropolis where local sources already were contaminated or overused. In 1993, after a century of service, reconfigured technology made this holding place in the heart of the city superfluous, and so it was decommissioned, though not drained. Today, the reservoir surface still sparkles, sequestering its billion gallons, an amount that if used at present water-use rates would last a quick four hours.

While running around the park’s reservoir, I felt miraculously alone in the wee, dark hours, knowing that I was surrounded by more than 1.5 million people with a density of nearly 71,000 humans per square mile packed onto this little island.

I travelled counter-clockwise on the gravel path, following the direction in which the signs pointed. Occasionally, another human joined me on the track. A young, brown-skinned woman with two long braids sometimes loped easily past me. I enjoyed recognizing her easy footfall rhythm approaching at my back. Once, a guy who looked an awful lot like Woody Allen stopped me to warn of possible drunken trouble around the bend. A black-skinned man, usually shirtless and with stunning pecs, always ran clockwise straight at me, expecting me to step aside, which I always did. Also opposing the directional arrows was my most frequent companion—a pale-skinned, round-faced elderly man, who trundled around with stooped shoulders. Each time I lapped by, he looked up at me and beamed a loud, smiling “Good morning!” After a year of this, we introduced ourselves, exchanged email addresses, and, later, met at a diner with our partners for a warm breakfast of toast and eggs. 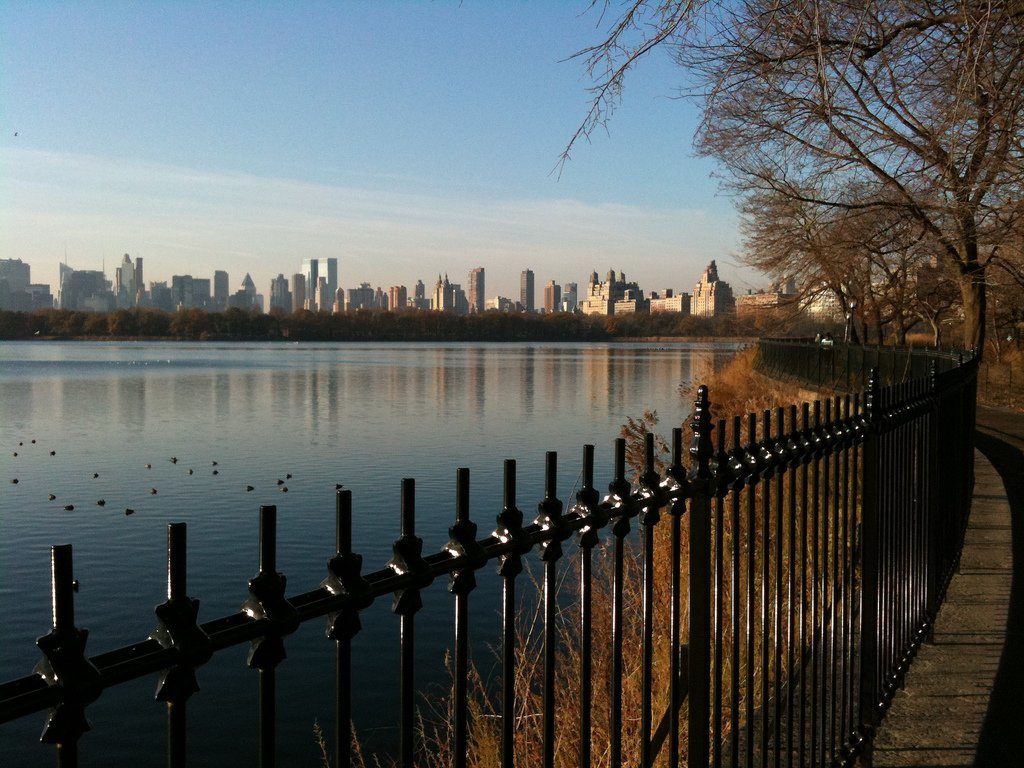 To the right of my running path was a ring of lamps. Beyond them a rim of grey trees. A white-throated sparrow’s winter song occasionally broke out like a twinkling star hiding in the undergrowth of bushes, or, from a farther distance, a police siren jolted the charcoal skies like a meteor falling. Beyond the narrow woods, skyscrapers rose, fiery with colored lights. Thick clouds, when present, absorbed and dissipated the city’s electric rays in muted yellows.

To my left was a fence of wrought-iron spears circling the dark pool, which reflected anything that glowed. On clear, still mornings, looking south, the skyscrapers dove headfirst and hung upside-down in the 40 foot deeps—a shimmering pale-white, sky-blue, lime-green, tangerine, and gold magic underwater city, sometimes with its own full moon. Before sunup on windy days, the silvered, rippling surface was textured like an avocado, mirroring an impressionistic duplicate of illuminated steel and concrete.

Through the seasons, even unfrozen winters, mallards and Canada geese could be counted on to float between towering and sunken worlds, occasionally alongside other ducks like bobbing buffleheads, my favorites, and northern shovelers with their plucked-string voices. By the end of March, as cherry blossoms fell into soft piles, as many as six black-crowned night herons would have taken their stations, each hunting through nocturnal hours from his or her own segment of reservoir perimeter. As I circled, I counted them—all of us on one side or the other of the border of sleep—learning to recognize individuals. In May, along with baby raccoons and hosts of summer’s nesting songbirds—including a singing oriole who returned with fidelity to his family’s tree—a couple of ghostly egrets arrived to take up temporary posts at the pool’s north and south edges. 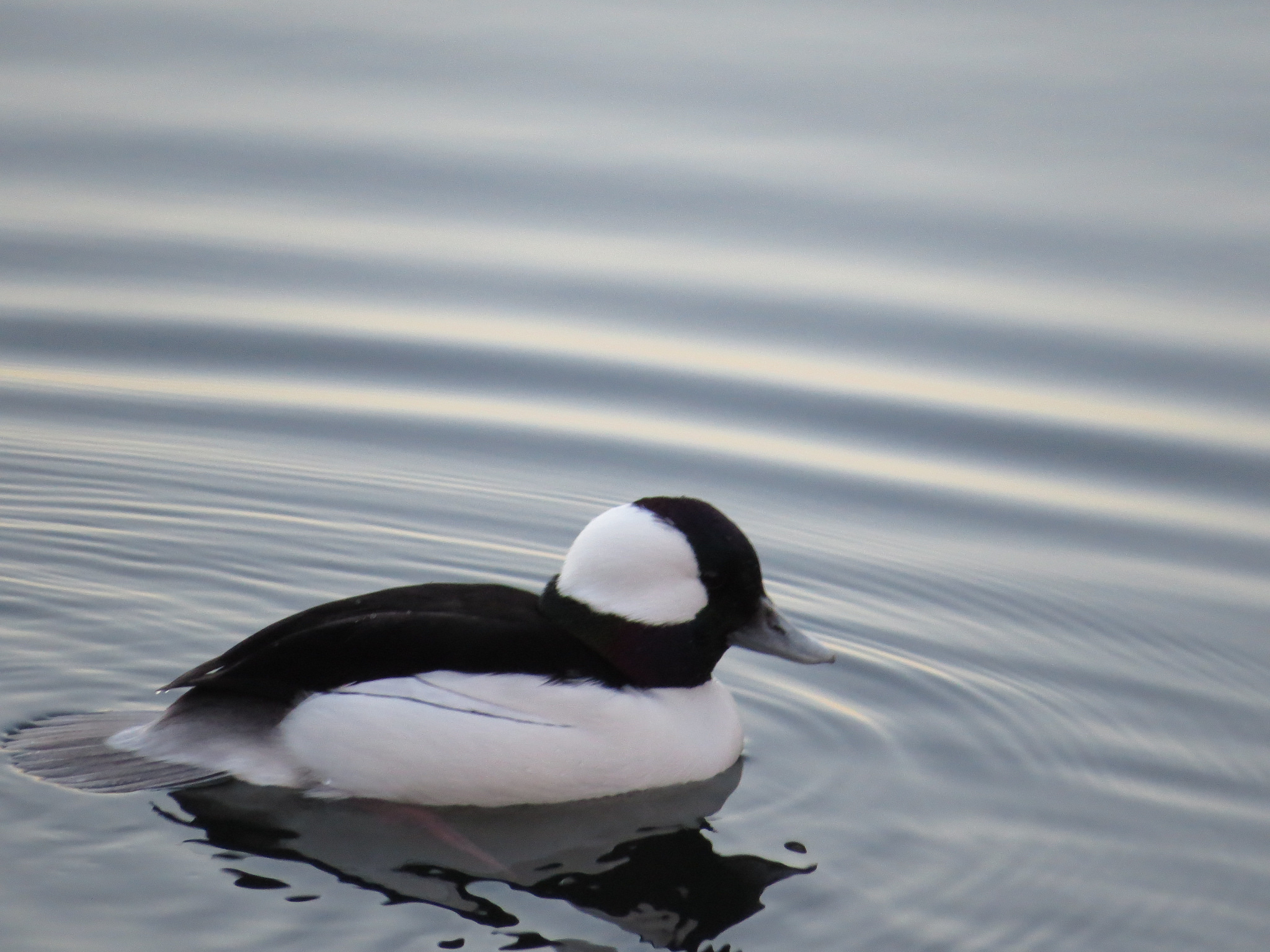 Did I say I felt alone here? Well, perhaps I should rather say that, in this time and place, I felt a surprising sort of intimacy, a belonging with others as if they extended my self. And, did I say that I felt the moon following me? It was just as true that I was chasing the moon across the sky, with longing. Indeed, perhaps my rotations around the track exposed my own cosmic legacy. When transparent heavens allowed a lunar spectacle, as waxing it rose and waning it set, I found the moon, as I orbited the water, ahead, shining in my eyes, or casting, with reflected sun-light, dim, leafy shadows from behind.