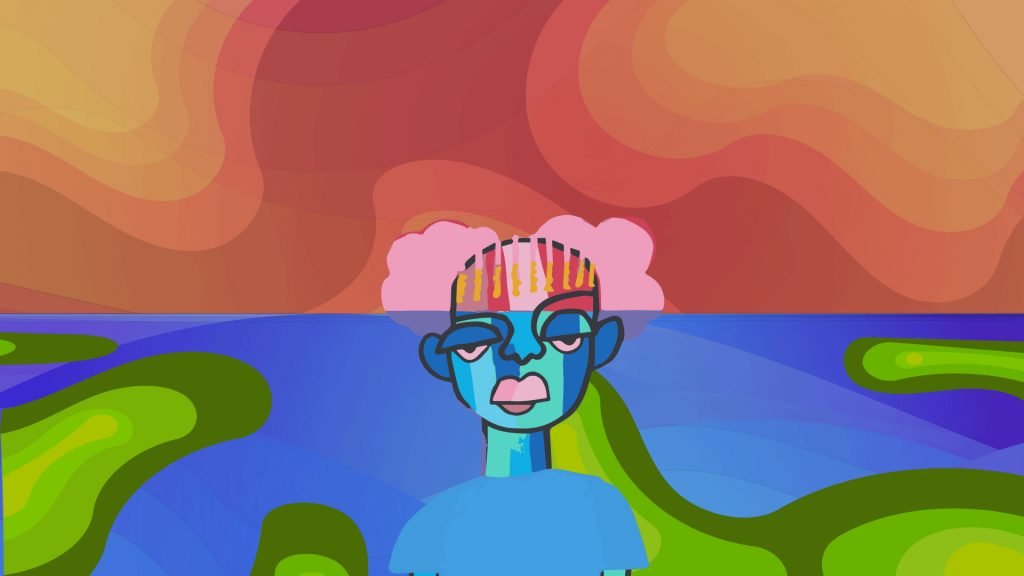 When we think of dances and the names that come with them, I’m certain loss isn’t what comes to mind. I’m also sure no one would want to do the dance or even call out the dance named grief. Can you imagine hearing someone say, “Hey, have you heard of that dance called loss?” Think about the facial expressions that would follow such a question. Even more, it’s not a dance anyone wants to learn. Yet, we will all have to at some point in our lives.

I know this dance very well. I know it as well as I know my name. We are indeed that familiar with each other, and it’s not because I chose for it to be this way. However, because I didn’t have the opportunity to choose who or what I’d lose, I took full advantage of how I chose to move forward and learn the dance.

I began to learn the dance by way of the losses I experienced. These losses of epic proportions include the physical deaths of a beloved uncle, my father, aunt, maternal grandparents, and mother over a span of nine years. The physical transition of my grandfather and his daughter, my mother, occurred a mere sixteen days apart. The losses and the lessons were unexpected visitors that interrupted the monotony of my emotional makeup, confronting me with the challenge to be more expressive with how I felt, which opened new doors of discovery about this dance.

See, I decided not only to learn the dance but to take the necessary steps to help others learn it. I did this by becoming a certified grief coach. As a grief coach, I help people move forward in their loss. Notice I didn’t say from their loss. I don’t know that such movement is possible, but I do know we can move forward in and with our loss.

Learning how to move forward is a lesson in the dance of loss. Those words are not said unempathetically and are by no means meant to negate all that accompanies loss. What an irony that loss travels with companions. Loss is not alone, though it leaves us alone.

It is difficult to fully move forward in or with the loss if there is a lack of comprehension of loss’s many companions. A lack of understanding of the diverse field of loss can cause crippling stagnation. To that end, I would be a negligent grief coach if I didn’t relay this critical piece of information: Loss is not limited to physical death. Loss spans a broad spectrum of transition, change, and death of the intangible. Death of the intangible can include termination—the ending of a non-marital, romantic relationship, a close friendship, and even employment, to name a few. Change is one way loss makes its presence known and may occur through a sudden decrease in finances, health or physical ability, natural disasters, etc. Transition is another way loss makes an appearance in our lives. The COVID-19 pandemic is one example of global transition, which has ushered in the loss of our “normal” way of being in the world. During this pandemic, we experienced the loss of connection, impacting every area of our lives. The hope is that we can thrive even amid these seemingly ongoing transitions.

The ability to name or acknowledge the loss is a forward step in the dance. Even if not precisely, leaning in to language that speaks to death, transition, and change has the potential to ease the tension of this dance. Another step in the dance of loss is acknowledging its closest companion: grief.

Please read this carefully: Acknowledging grief involves more than mere words. It is not just speaking words related to emotions and feelings. Owning grief means that you and I allow grief the opportunity to come in and have a seat in our heads and our hearts. Oh, yes! When grief arrives, we must adjust the boundaries of our emotional capacity and allow ourselves to feel. Feel—that’s not a word we like to hear or explore much when it doesn’t pertain to smiles, laughter, happiness, and joy. However, those cloudy-day feelings still exist. To receive the most from the lesson, we have to engage those feelings.

We have to feel the anger, the sadness, the frustration, as well as the joy and the loving memories. Feeling those feelings is a significant step forward, but that won’t necessarily stop the grief. It’s just the preliminary step in the dance. While feeling, we then have to ask ourselves direct questions to examine our grief: What are we feeling? Why are we feeling it? (The answer to this question may not be as obvious as one may assume.) Who is around us? When did the feelings emerge? And then comes the final question, which is a next step in this dance: How will we release these feelings? The release is ever so crucial in managing grief. Without a release, mental and emotional tension can lead to a breakdown. There’s a chance this step will be uncomfortable. There’s a chance this step may be risky. However, I guarantee it will be a lesson worth learning versus repeating.

At the beginning of the year, I experienced such a moment of release. After dropping my clothes off at the cleaners, the thought of my beloved mother suddenly came to mind. I realized I missed her. A small smile accompanied that realization. Then the tables turned as quickly as a yellow light that you try to get through suddenly turns red. That smile soon became a frowned brow as reality set in around why I missed her—she was no longer physically present. It had been almost five years since she transitioned, but the feelings were as fresh as the minutes after her death. I wasn’t keen on allowing myself to release those feelings in the car while driving. Honestly, that wasn’t the best step to take in the dance. Later on, those feelings washed over me in what felt like an uncontrollable way. I cried. I cried heavily. I cried sorrowfully. I cried until there were no more tears left that day. It was most uncomfortable in the moments of engagement. But I’m glad I allowed myself to feel and release to take the next step in the dance.

Though you don’t want to repeat this lesson of feeling and release, you will, but it’s not what you think. You won’t repeat it because you didn’t “learn” the first time. You’ll repeat it because that’s how grief goes. It’s not a cycle per se. It is a step-by-step dance, and each step moves you further forward in, with, and from the loss. Each step lessens the weight of the loss. Each step awakens you to new thoughts, memories, and feelings. Each step produces a new rhythm along the journey.

I learned about these rhythms personally and professionally at the same time. Our church experienced many losses through death in a short period during my first pastorate. Initially, the rhythm for me was about balancing congregational loss, congregational care, and regular pastoral duties, such as Sunday and midweek services. Even more, I began to acknowledge my own feelings of grief as a person who pastored the congregants. In those moments, I found myself leaning into the verbiage of old hymns, the healing sounds of nature, and the words of the Psalms. In their own unique way, they each empowered me as I continued to dance.

It won’t happen overnight. It didn’t for me. Quite honestly, it didn’t happen in a couple of months or even a couple of years. I still feel the rhythm and learn this dance, even while I teach and support others. I’m still navigating the myriad losses that have operated on a pardon I never provided. Yet, I do my best to keep up with the tempo, one step at a time. Know that the same opportunity is available to you—to learn the dance at your own pace, in your own way.