A Gathering of Elk 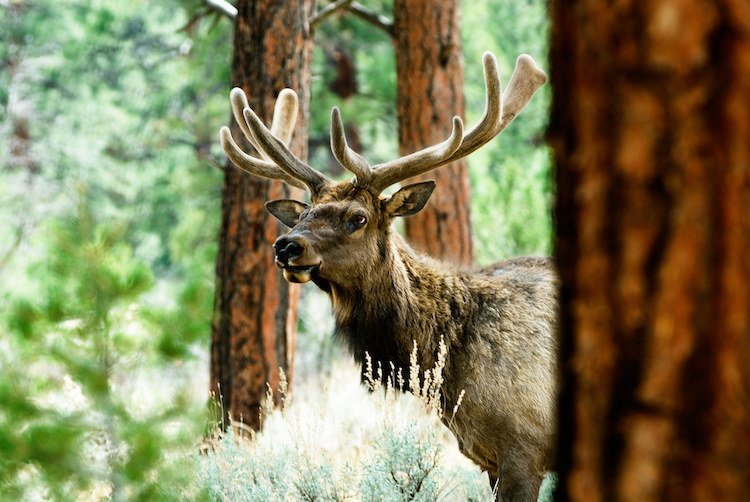 The windows of houses gleam gold in the falling dusk: elegant, sprawling houses, with flagstone driveways and landscaped lawns. There’s an artificial lake somewhere off to the right. Wrought-iron gates and fences. I’ve taken a wrong turn. I gave my name to the security guard at the entrance to the gated community, and asked for directions, but his careless wave sent me onto an unfamiliar road in the silky winter night. I’m headed for a party—a gathering of scholars—at a country club where any two or three of the chandeliers probably cost more than my car.

Ahead, on the road, a dark shape looms up out of the gloom—no, several dark shapes that shy and scatter in the headlights. I stop the car. Elk turn their heads to gaze at me, arrested midflight. Their brown coats seem to steam. The males balance a whole chandelier’s worth of antlers on their brows. 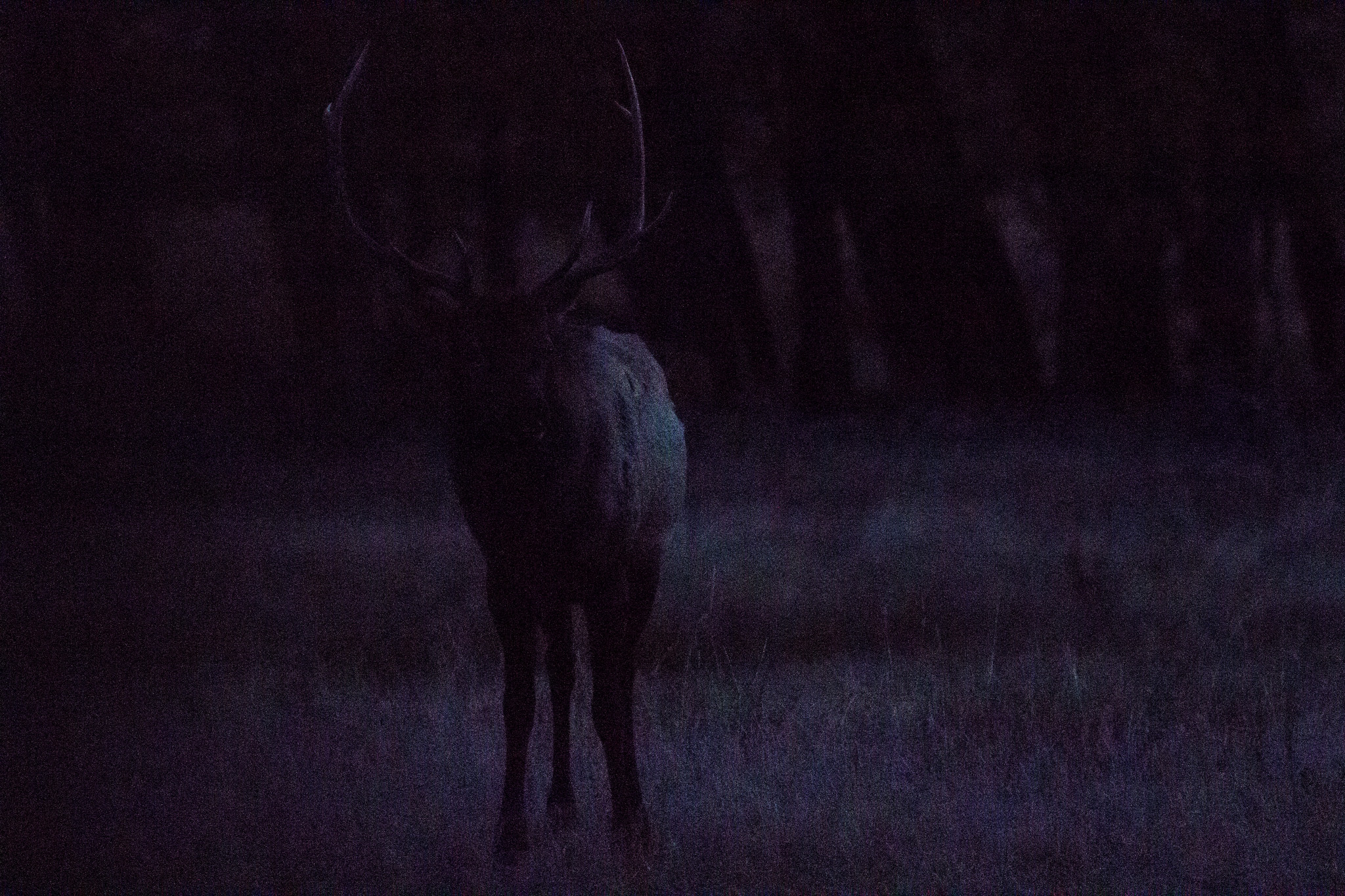 I put the car in park, well back from the herd, and roll down a window. There’s a bite of snow in the air. I’m caught in the strangeness of it all—the unfamiliar street, the sumptuous houses, and these elk, wild wanderers out of a fairy tale, wise vagabonds, lost like me. They lose interest in my sudden appearance and resume crossing the street—a dozen, two dozen. I start to count as they stream by. Sixty elk.

A gathering of elk is called a herd, but I’m struck by the insufficiency of the noun, too brief to describe this sinuous stream of warm bodies. It’s a susurration of elk, a tributary of elk.

Across the curved brown backs, I see another driver doing the same thing as me, headlights dimmed, giving the animals space. It’s just us on the roadway in the night: two people in two cars, and sixty Rocky Mountain elk. How did they get here? I wonder. Why did they come? Perhaps they jumped the fences that corral the community, or perhaps somewhere the fences end where the forest begins.

Rocky Mountain elk arguably don’t belong in the highlands of Arizona. Their ancestors came from Yellowstone National Park over a century ago—shipped by rattling rail car to replace the native Merriam’s elk hunted into extinction. The animals were sent all over Arizona, but only the six or seven dozen elk dropped in the cold high country flourished. Some tell the story this way: a subspecies went extinct, and another took its place. Others say this: the Merriam’s elk and Rocky Mountain elk are genetically so close it makes no never mind. What stories the elk tell among themselves is impossible to know. They look comfortable in their muscled skin, seamless with the night.

I could inch my car forward, scatter the group, and make it to the party only twenty minutes late. But I stay where I am. The sun has set but left a residual glow across the horizon, light enough to see by. There aren’t any stars: the sky is grey and ribbed with clouds.

The animals take their time. Some stop in the middle of the road to gaze this way and that, heads up, ears alert. The leaders mill around on the sloping green lawn to my left, waiting for the herd mates that trail behind. It’s been a dry year—not much snow—and not much to eat, I’d guess, out in the ponderosas and junipers. The irrigated lawns must look like patches of heaven.

Most days, these days, are full of worry. The climate’s drying in Arizona, snowy pines slipping to scrublands, scrublands sliding to desert. One day these elk might need to reverse their journey, head back to the Rocky Mountains after generations away—though cities, farms, and freeways stand in their way. Some ecologists now talk about “assisted migration” to make such journeys possible, carrying species upward and northward. In ordinary daylight these plans don’t seem so strange to me—no stranger, anyway, than bringing a herd of elk from Yellowstone to Arizona by train in 1913.

But here, in the half-mythical twilight, it’s hard to believe humans direct these animals’ destinies so thoroughly. Worry for the future fades; wonder takes its place. All our plans to save or harm seem unreal next to these warm, living bodies, breezing past fences and cars with primeval grace. For this moment, it’s easy to imagine the elk will outlast every mansion in every cul-de-sac; that their hooves will echo here after the flagstone is ground to dust.

In the future, some will tell the story this way: because of us, the elk survived. Others will say: they survived in spite of us. I say it’s our survival, as a species that takes joy in its planetary kin, that’s at stake all along. 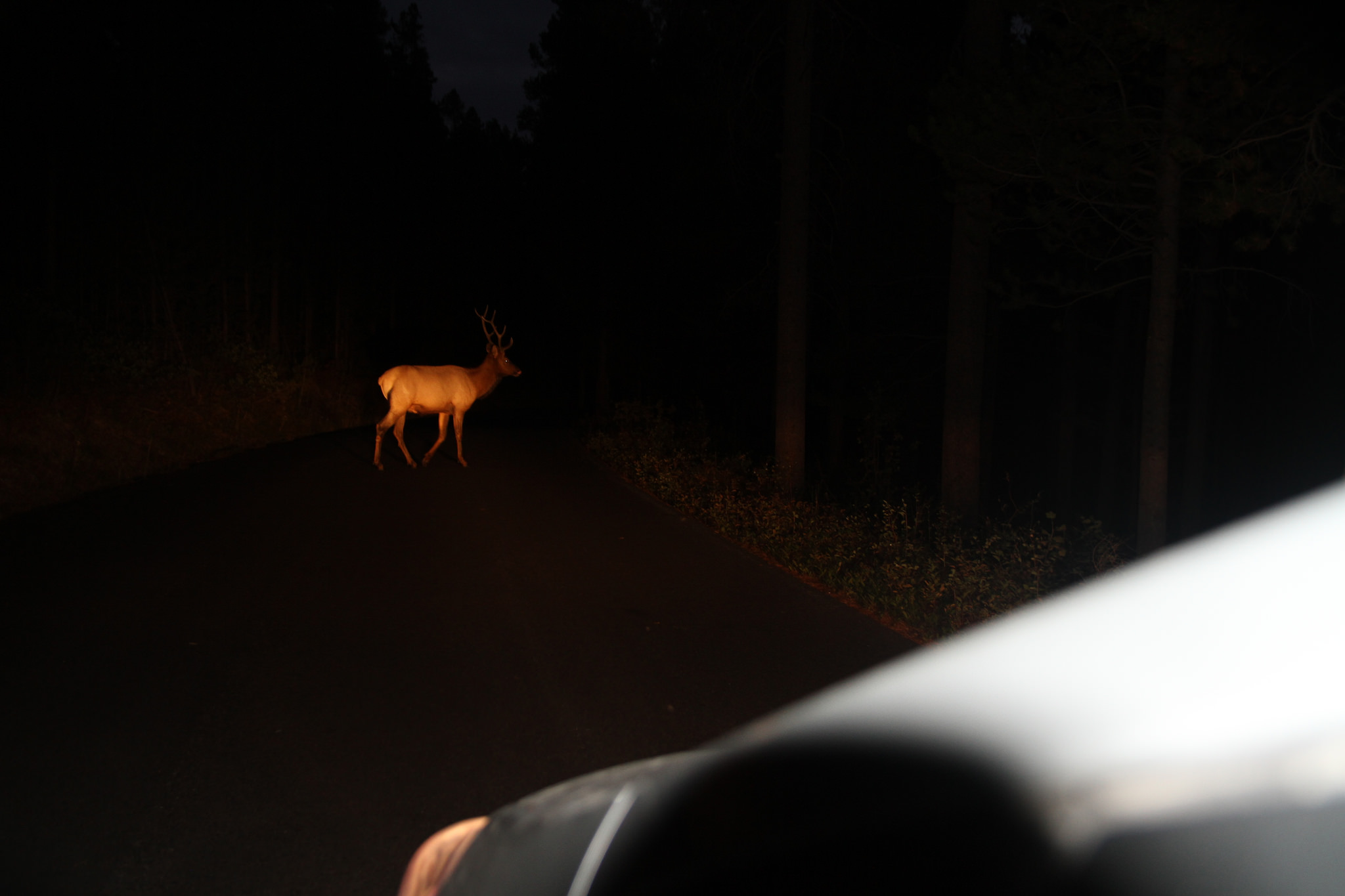 The last elk finally crosses. I turn on my headlights and move forward, just as the driver in the car opposite does the same. Our windows still rolled down, we salute each other as we pass in the night.