A Life Story, and Plan for Planetary Repair 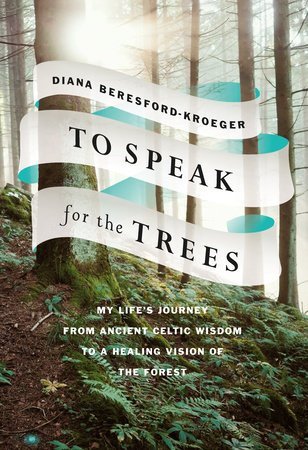 A review of Diana Beresford-Kroeger, To Speak for the Trees: My Life’s Journey From Ancient Celtic Wisdom to a Healing Vision of the Forest (Toronto, ON: Random House Canada, 2019). 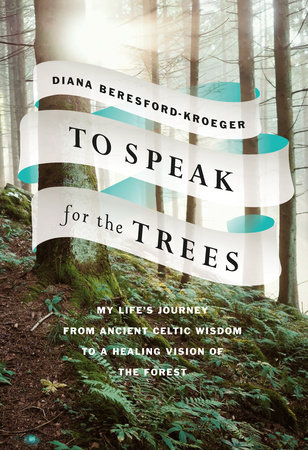 Diana Beresford-Kroeger could have written a dramatic memoir about childhood neglect and the journey to overcome it. However, she admits to being a reluctant memoirist and sees the telling of her life’s story in To Speak for the Trees: My Life’s Journey from Ancient Celtic Wisdom to a Healing Vision of the Forest as part of the fulfillment of the sacred trust passed onto her by her elders. It is also a call to action: it asks that we learn to listen deeply, as our ancestors did, to the trees and forests of the world. If we can only hear them, writes Beresford-Kroeger, we will hear the solutions to humanity’s most pressing problems.

I can’t decide whether it is ironic or perfectly fitting that this story should be rooted in Ireland, a country that conjures images of rolling green fields, not trees and forests. Ireland’s story, as Beresford-Kroeger tells it, is one of systematic deforestation. The Penal Laws, enacted by the Protestant parliament of Ireland in the 1600s, aimed to deprive Irish Roman Catholics of economic and political power, making it impossible for them to threaten the rule of the Protestant occupiers. In the ensuing two hundred years, the Protestant minority would claim ownership of most of the land in Ireland. The occupiers cut trees to build ships, to burn for industry, and to make it impossible for their enemies to hide. “The Celts were a woodland people,” writes Beresford-Kroeger, and during penal times, “the Irish weren’t allowed to own trees or even certain seeds—they were effectively only allowed to grow potatoes for food” (79).

A descendent of both the occupiers and the occupied, Beresford-Kroeger writes that as a child she felt separated from the people around her, “by nationality, religion and class”(8). Orphaned at the age of thirteen, she was saved by her English heritage and surname, Beresford, from spending the rest of her youth in the Magdalene Laundries, institutions that were later exposed as “nightmarish hotbeds of abuse and death” (24). Equally important is the fact that she was saved from despair by the elders on her mother’s side.

Beresford-Kroeger was sent each summer to a remote and sparsely populated valley near Ireland’s southern tip. The Lisheens valley is known for artifacts dating back to the time of the Druids and for the devastation brought by English occupation of the area. The aging inhabitants of that place, who “held their lands by birthright” and “still lived much the way people had in the valley for hundreds of years,”(35) took Beresford-Kroeger on as a sort of project, passing to her every story and bit of traditional knowledge they held. Her many lessons, she writes, taught her “ways of approaching the world that have allowed me to accomplish everything big I’ve ever accomplished” (64).

In the Lisheens, Beresford-Kroeger learned the medicinal properties of the plants that surrounded her, that “biodiversity is a good thing, even for a cow,” and to value herself. Her elders fortified her body, mind, and spirit, ensuring that she was not only capable of taking care of herself, but that she understood that “everything in the natural world possessed innate value and was owed the same duty of care I granted myself and the people I held dear” (86).

As a young scientist, Beresford-Kroeger started to encounter chemical and biological explanations for the traditional plant medicines she had been taught in the Lisheens. She made it her mission to bridge the ancient world to the scientific one, and she developed a model of investigation that she says formed the basis of her career. In brief, that model involved studying the links between a specific plant’s biochemistry and human biochemistry. “I have never failed to find a point, or points, where they meet. Every plant is intimately tied to human beings and our health,” writes Beresford-Kroeger. “The people of the Lisheens knew this and a great many other things. From those first investigations through to the present day, I have been able to scientifically prove almost everything they taught me during my wardship” (102).

Before completing her undergraduate degree, Beresford-Kroeger was teaching a third-year botany class at University College Cork. She took the job as an invitation to investigate the connections between all living species on Earth and track the evolution of plants from cellular algae to evergreens. Her conclusion? “Trees don’t simply maintain the conditions necessary for human and most animal life on Earth; trees created those conditions through the community of forests. Trees paved the way for the human family. The debt we owe them is too big to ever repay” (105).

As an academic, Beresford-Kroeger studied nuclear chemistry and the effects of nuclear radiation on biological systems; she studied medical biochemistry and proved that certain chemical pathways found in the human mind are also found in trees. She also adapted an electron microscope to harness the power of bioluminescence to trace cancer in cellular tissues, and she developed “stroma-free hemoglobin” that would prove useful in organ transplants and other biomedical procedures. In spite of these accomplishments, she faced persistent discrimination in the male-dominated world of science and eventually decided to follow her own path.

In the wake of her departure from academia, Beresford-Kroeger and her husband Christian dedicated their spare time to plant-finding expeditions. Her goal was to cover their property, near Ottawa, Ontario, with trees that had the genetic strength to survive drought, swings in temperature, and other effects of climate change. “I wanted trees that were as close as possible to virgin forest because their genome is the healthiest, though unfortunately only the runts have been left behind in many forests,” she writes (135). When she found “quality” trees, Beresford-Kroeger and her husband would introduce themselves to the landowners and ask permission for seeds and cuttings. She’d take these back to the farm, set up growth trials, and plant the trees that survived and grew best. Their property has become a refuge and lifeline to rare trees and a monument to biodiversity.

The pursuit of this project evolved into a strategy for halting climate change. “I call it the global bio-plan, a patchwork quilt of human effort to rebuild the natural world that will envelop the entire planet,” she writes (159), adding that if every human on Earth planted one tree per year for the next six years, we could stabilize the climate and properly address the behaviors that have destabilized it. She elaborates on her thesis with the following explanation: “Three hundred million years ago, trees took an environment with a toxic load of carbon and turned it into something that could sustain human life. They can do it again” (159).

Perhaps the Irish government took inspiration from Beresford-Kroeger when in 2019, they announced their plan to plant 22 million trees in the name of carbon sequestration. Irish reforestation efforts, which started in the 1980s, have already boosted the forest-cover in the country from 1 percent of the land to 11 percent (at one time, forests are said to have covered more than 80 percent of the “Emerald Isle”). However, the government’s current plan has ramped up the planting of Sitka Spruce, a quick-growing species native to the Pacific Northwest of North America. Had the Irish government listened to Beresford-Kroeger, or to the forest, they would have planted aspen, willow, or even oak trees, despite their slow-growing nature. They would have planted something native to Ireland. Had they planted oak, they might have opened the door to the fulfillment of a druidic legend which tells of a time when the sacred oak woods of Ireland will one day be repaired starting in County Clare, where the one-thousand-year-old Brian Boru Oak still stands.

“The legend says that the idea will catch the world like a wildfire,” writes Beresford-Kroeger (209). Maybe the world is not quite there yet.