A Riffle in Time 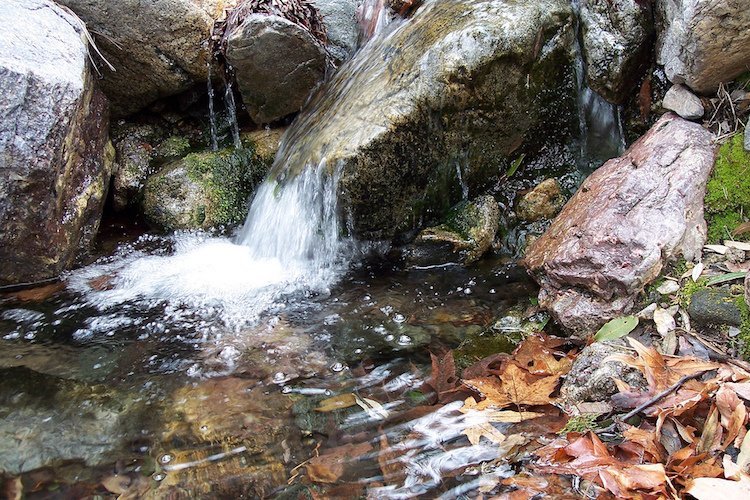 On October 5, 2016, the Stephan’s riffle beetle was declared extinct. It had not been seen for two decades. “We are saddened by its apparent loss,” said Dr. Benjamin Tuggle of the U.S. Fish and Wildlife Service in the press release announcing the negative results of five years of surveys.

I was not prepared for the grief that filled me when I learned this.

I have never seen the Stephan’s riffle beetle (Heterelmis stephani). I did not even know it existed. But I know intimately the place where they lived: Bog Springs in Madera Canyon, a tree-lined creek on the west flank of the Santa Rita Mountains in southern Arizona. 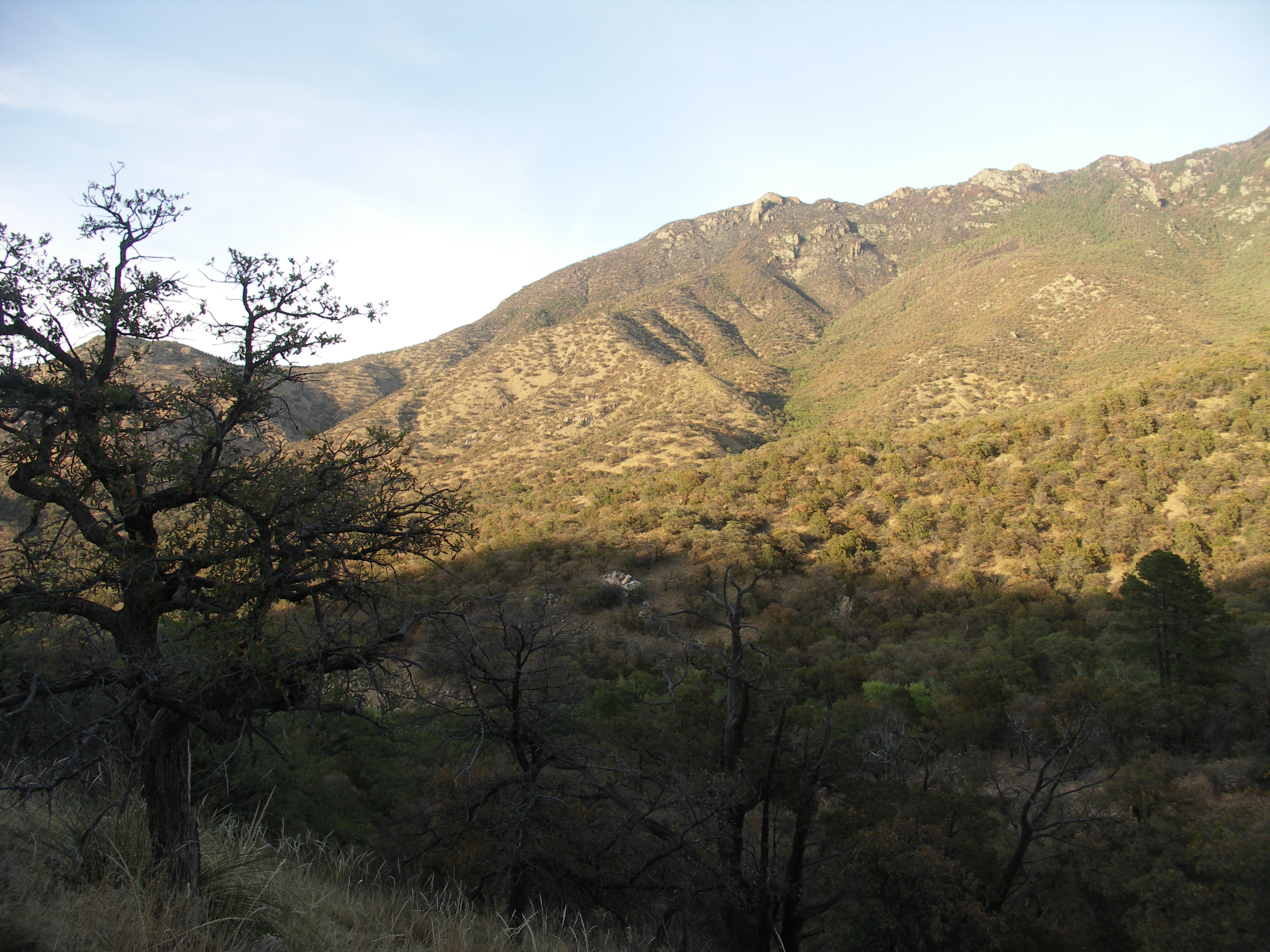 Among my earliest memories is fleeing from Tucson’s heat to the canyon’s shade—to the sycamores, Gambel oaks, and alligator junipers—with my mother and sisters. I learned to spot Mexican jays and wild turkeys, and birds with prettier names: flame-colored tanagers and elegant trogons. We camped at Bog Springs, always the same campsite, near the trailhead to Bog Springs itself, no more than a forgotten stone trough in the wilderness, rich with moss and algae, its leaking pipe fanning a bridal train of greenery on the arid ground. We designed elaborate scavenger hunts and came home with our hands full of treasures—a red leaf, a white pebble, a Y-shaped stick.

I learned from the press release that the Stephan’s riffle beetle was discovered at Bog Springs in 1969. Probably the species arose there, leaving the old water trough and dripping pipe only during the brief span between its larval stage and winged adulthood. Those wings let it spread from Bog Springs to other waterways, though not beyond the narrow, sinuous track of Madera Canyon. Its species distribution printed on a map of Arizona was the size of a pencil eraser.

Adult riffle beetles spent their lives underwater, in springs white with oxygen. They nibbled on green carpets of algae in their aquatic kingdom. Only the best for the Stephan’s riffle beetle: they did not tolerate water murky with mud or choked with slime. My own presence in those woods might have contributed to the beetle’s decline, along with the presence of many other campers who sought the coolness of mountain woodlands. Or maybe our collective thirst for water in dry Arizona diminished the springs it called home. Biologists could not give a reason. It simply disappeared. 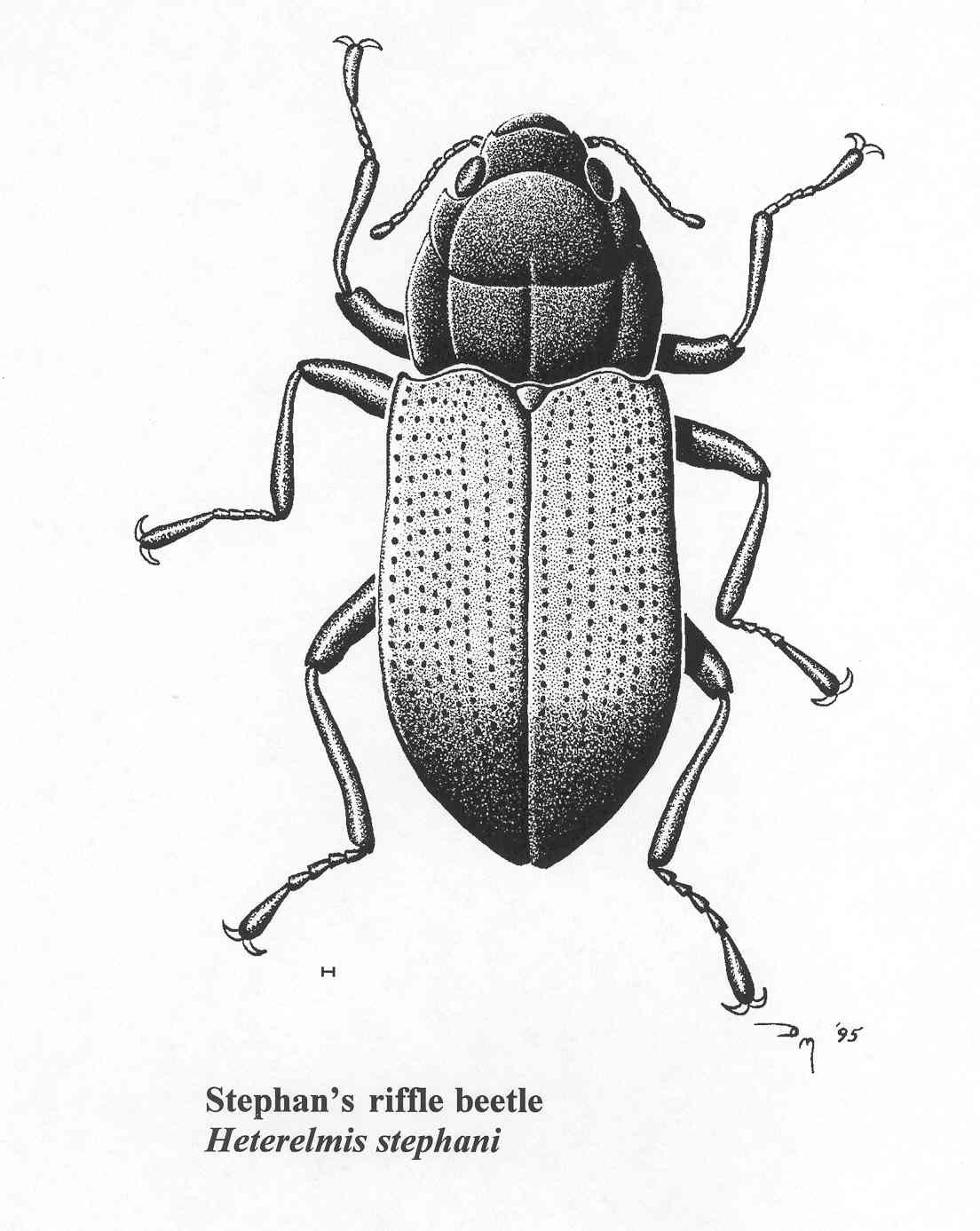 Why grieve for an animal whose existence I never knew? Other kinds of riffle beetles still ruffle the springs of Madera Canyon. I have not camped there since college, ten years ago, or twelve. Yet my life is textured with the sound and scent of Bog Springs, the exact plush feel of its moss underfoot. Rendered gold and green in memory, it’s a place I carry with me.

Perhaps I saw a Stephan’s riffle beetle there one day, during those childhood summers when small things thrilled my soul—butterflies lapping salt from my skin, rounded shards of green glass, snails. Or perhaps not. The only image I could find was a black and white drawing. It looked—well, like a beetle should: six segmented legs, two antennae, spotted carapace. Would I have looked twice? I don’t know.

The Endangered Species Act of 1973 embraced a radical idea: we might protect species just because they exist, not because they serve any need of our own—in fact, we might protect them even if they’re in our way. But the law can’t protect a species that can’t be found or doesn’t have a name, and according to the Millennium Ecosystem Assessment, many millions of species on this planet don’t have names. Efforts to discover and catalog them all are simply too slow for the pace of progress. A case in point, the Stephan’s riffle beetle never appeared on the federal list of endangered species. Its vanishing act was too quick for the sluggish process of scientific study and legal procedure.

But perhaps we don’t have to discover and name every creature, pin them down on maps, to honor the idea that life is worth protecting. After all, a beetle is just one glinting fragment in a bigger picture, along with the weave of dragonfly wings and light sparking on water, the sound of toads in culverts, the soft-footed stepping of deer. It’s all wrapped together, and we’re wrapped up in it. Perhaps we can treasure the places we love—much like the people we love—without ever knowing them fully. Or even because we don’t know them fully.

What this would look like in science and law, I don’t know. It would take another radical re-envisioning to find ways to protect whole ecosystems instead of fragments, to honor the wild wherever it occurs, and to imagine places unseen and creatures unnamed and find them lovely and good. I do know what it looked like to my childhood self, the girl who delighted in the sumptuous green of Bog Springs. I tried to name the birds, to collect stones glinting with quartz and mica, to carry it all in my hands—but when cataloging and classifying came to an end, mystery and joy bounded forward. 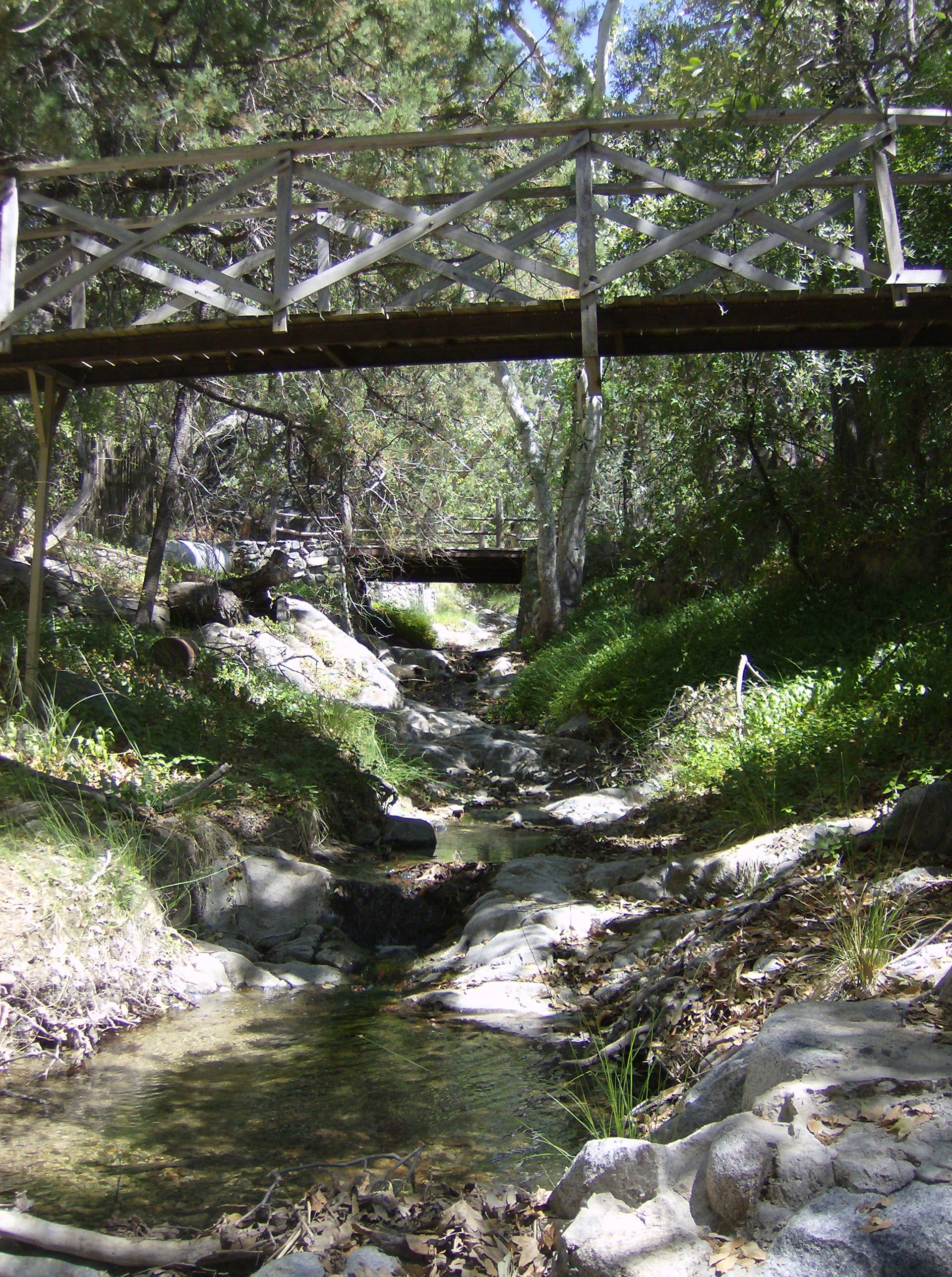 A year after I learned of the demise of the Stephan’s riffle beetle, I read that a species of mussel thought to be extinct in the wild reappeared in Killbuck Creek in Ohio. I might not have noticed the small item of news—I’ve never been to Ohio—but the species had a beautiful name: purple cat’s paw pearlymussel. It had a beautiful shell that opened into a deep purple pocket, the color once prized by kings and queens.

Killbuck Creek is not my place, but it belongs to somebody. I don’t mean belongs like ownership. I mean somebody’s childhood was richer, fuller, because of that place. Somebody, somewhere, carries an image of a creek full of stones and sticks and one deep splash of purple. Small things flourish in the corners of this world, mostly unheeded and unnamed. They arrive on this Earth without a herald’s trumpet and vanish without a eulogy. In the precious space between, they fill our hands with treasure.