A Shock of Recognition

Jim Ballowe is the Center for Humans and Nature’s “Artist of the Month” for August 2018. CHN communications director Jeremy Ohmes recently sat with Jim to ask him about his poetry, particularly why and how he draws inspiration from the natural world. Here’s what Jim had to say, followed by a selection of five poems (with audio readings by Jim) that explore the way the built environment is entangled with the “grackle-scrambled sky” over our homes and in our imaginations.

“Poetry is a way to encapsulate a drama. There is nothing more dramatic to me than what goes on in the natural world—and that, of course, includes us. I like to people-watch as much as everyone else, but I love to insect-watch, flower-watch, tree-watch. The whole world that we inhabit is a theater in which we are simply actors. Unfortunately, we have the power to act badly sometimes. We don’t know what we’re quite doing to the world around us. If we did and if we cared about it, maybe we wouldn’t have the so-called progress that we have at the present time, and we would have been more careful about preserving the life of insects, birds, animals, and the land itself.

For people who care deeply about the world around them, I think my poems give them a shock of recognition. These poems draw a picture and narrate a story that we see always. Some of the stories we want to continue to see; other stories we want to do something about.

The common story is a world that is rather fragile. We have a responsibility to care for the Earth. That is the drama because humankind has not understood that responsibility. Through my poetry, I simply try to tell the story.”

When things wax old with eld and foul decay,

Or when salt seas eat under beetling crags,

Lucretius sighs. Another year has gone.

What happened happened. Paint peels from the porch.

Shingles wave as if the house were saying goodbye.

A cedar waxwing aborts at the window pane.

In the street, grinding sounds of waste culled

from a week’s worth of life, the chaff of our needs.

the cacophonous onset of a grackle-scrambled sky. 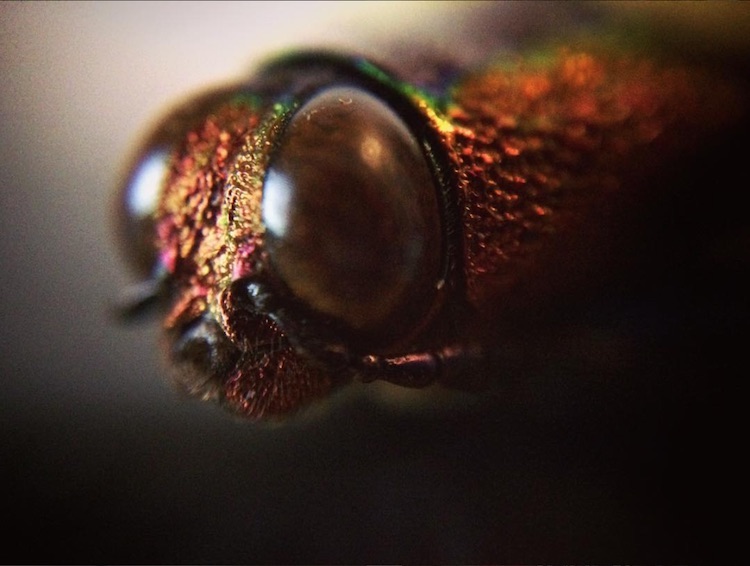 Lessons from the Garden

The garden doesn’t give a fig for Solomon

any more than we know what he meant when he said

that kisses are sweeter than wine. The white fly

sucking at the belly of sweet potato leaves

pauses to ponder neither sex nor text.

Remember that piece of fluff, that ancient ephemera

at last in the sun-warmed bird bath,

how determined it was to continue on the wing again

after we plucked it from its futile folly?

Think how the Rose of Sharon greets spring as a dead stick,

then revels through summer days in a pink pregnancy,

each night dropping its spent blooms

In a month of spiders, butterflies, and hummingbirds,

in days of asters, mums, and Autumn clematis,

in lapsed minutes the sumac takes to redden,

the unexpected forever happens, and we,

thrilled to see the intricate web, the floating color,

the darting shadow, the many-petaled flower,

the diminishing light, are reassured by nature’s tricks,

the unmasking of trees, the sense of humor behind it all,

a stage whisper, the thought that we too 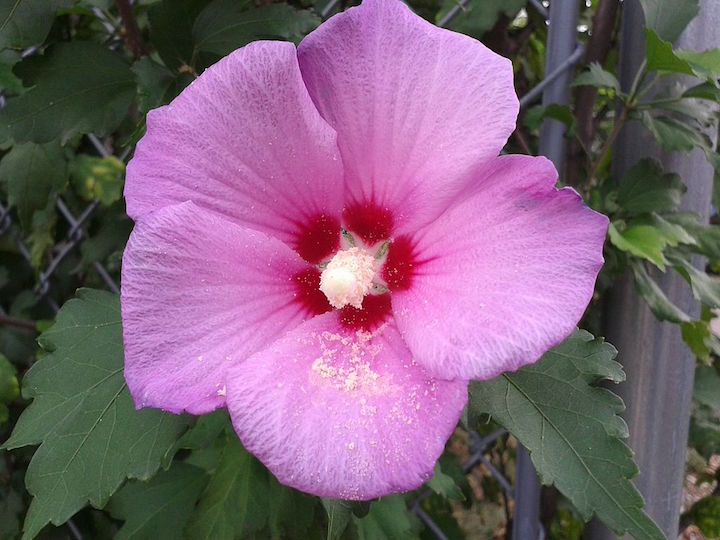 Late fall, the bird feeder up

a day at best before a palpable hush

portends the presence of the Cooper’s hawk returned

— sparrows and finches within the arbor vitae,

juncos from the junipers, a placid dove,

a cardinal frantic at the patio door, clutched

and carried to a snowy perch only to dabble

its inner redness on the white canvas below —

back, a coat of blue-gray finished

out of the garden onto the broad stage,

intent on fulfilling the role he must play. 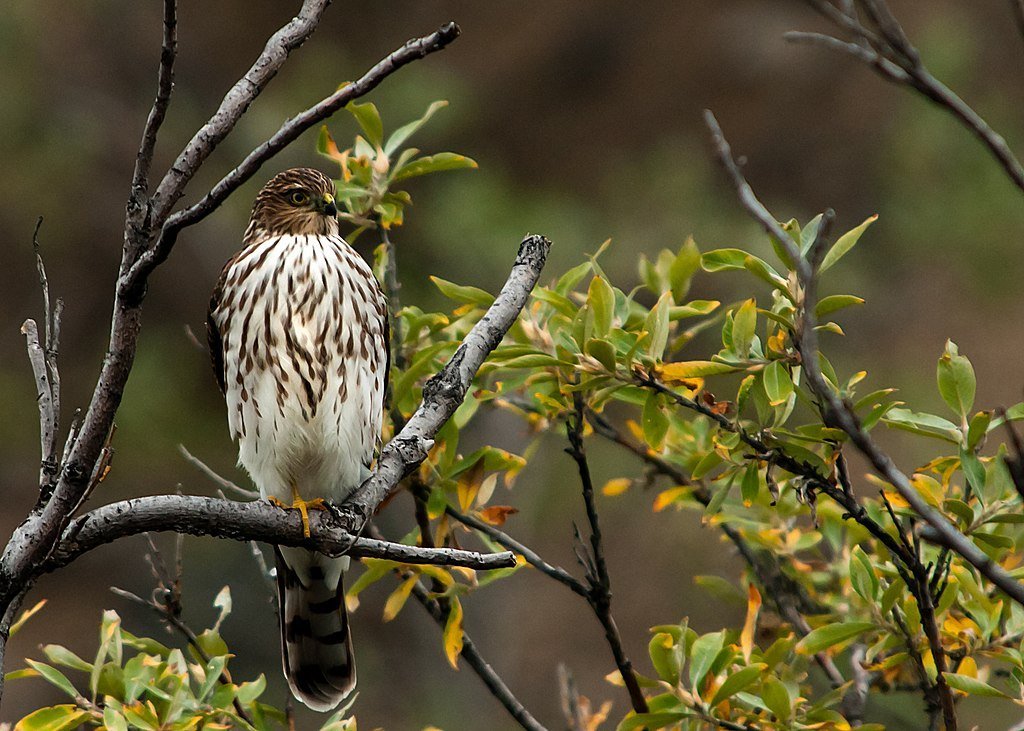 A Siege of Herons

who thought them shy.

from their posh address

where they bear their young

then get their bearings,

to which they will return,

their quocks and woc wocs 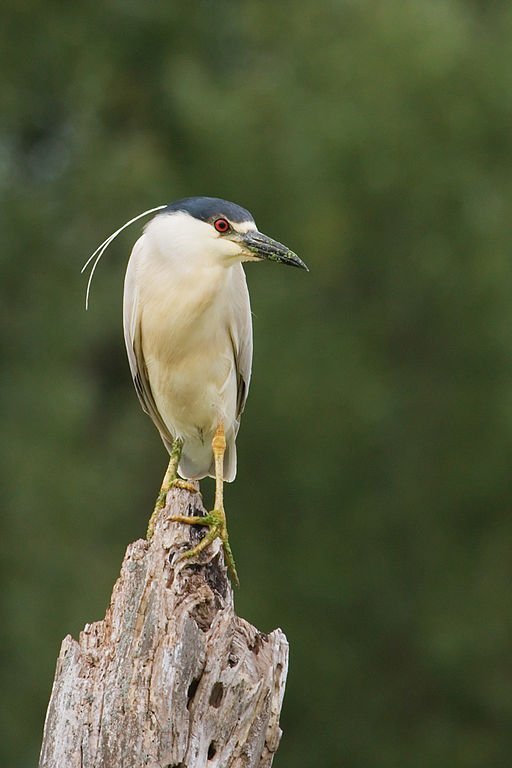 This pewter remnant within a golden prairie,

this glacial legacy, this child of primeval rivers,

and fecund servant of the Illinois

who named it and of the voyageurs who claimed it

Flowing from the Kankakee

into the Peoria, skirting Spunky Bottoms,

this River, itself replenished by prairie waters —

the Fox, the Vermilion, the Mackinaw, the Sangamon, the Spoon —

embraced by its ancient father, the Mississippi,

this River carries with it into the sea the memory

of sycamore, of cottonwood, and of oak savannahs,

and of the false aster fragile upon its banks,

and of the great blue heron, the snowy egret,

and of the eagle, and of the cormorant, the duck, the tern,

and the evanescent warbler marking the spring and fall,

and of the mussel, the muskrat, the beaver, the otter,

and of the turtle, and the sturgeon, patriarch of the life it harbors,

and the current of the River of Man carries the memory

of the lights of cities, barges, long-legged houses

leveed, dammed, made useful for transportation,

for industrialization, for agriculture, for play,

for the sport of man and for the waste which man engenders,

the sediment, the silt, and life-dissolving solvents,

the lessons of the future of man upon its banks,

and the River flows into the sea, past

cities, oaks, and prairies and the most fragile of flowers. 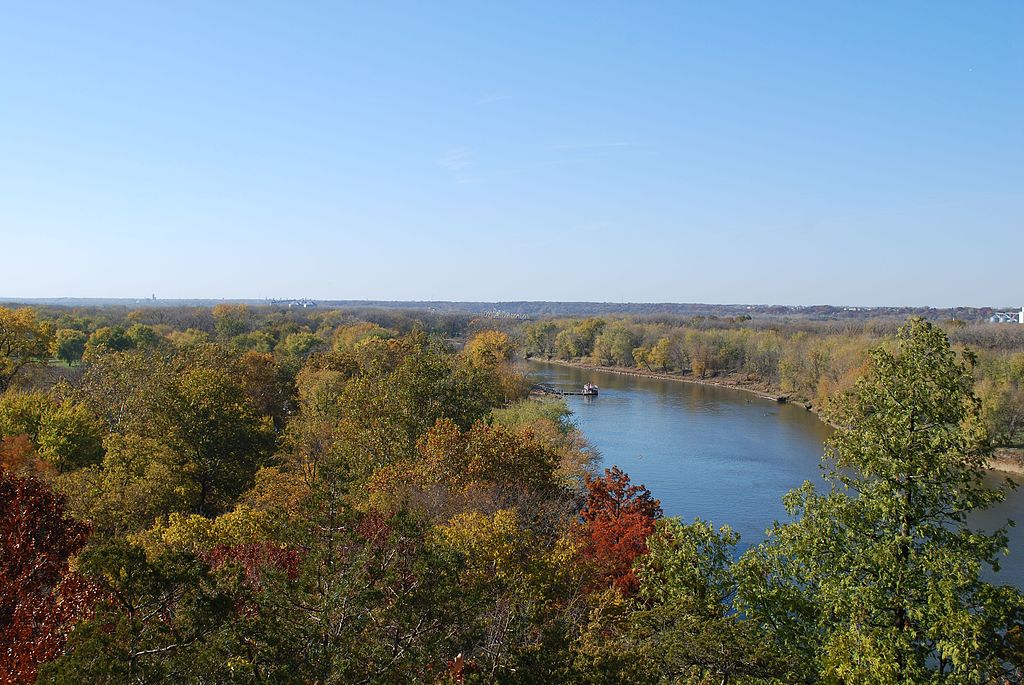