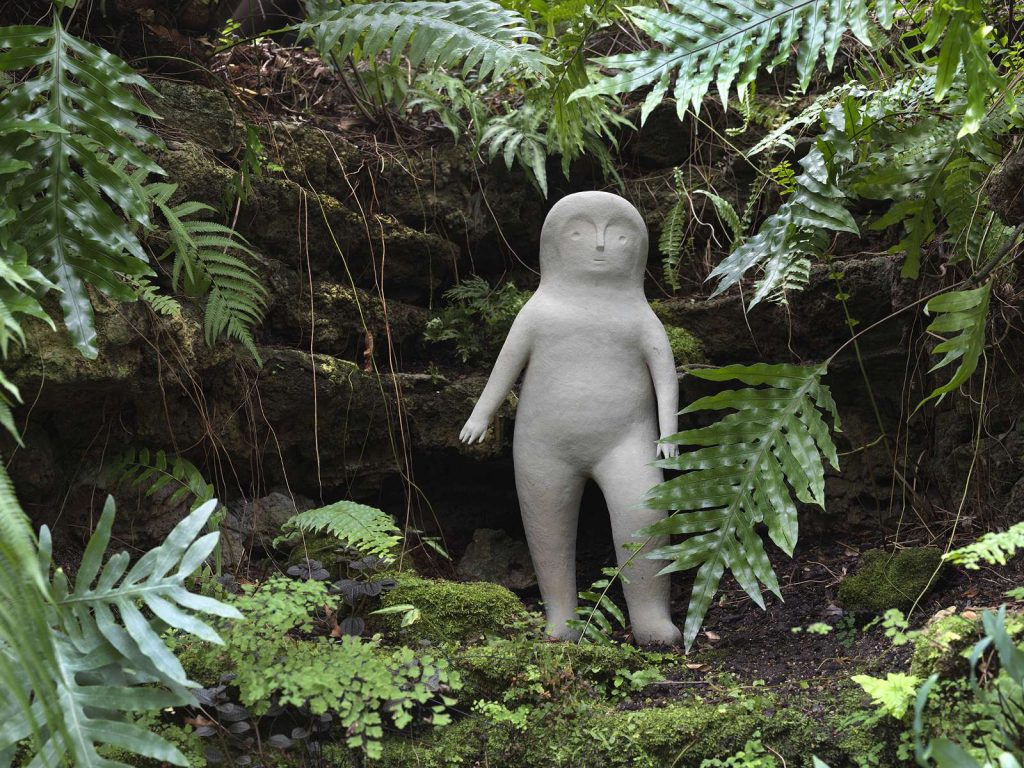 “When I think of ecological citizenship, the first words that come to mind are sustainability, mindfulness, and empathy. I also think about change, and the kind of changes that are needed to become an ecological citizen or an ecological society. Changing a personal habit is difficult, but altering systems established on a global scale is intimidating enough to make it seem impossible. In this critical environmental moment, how do we support and motivate each other? How do we increase our capacity for empathy? How can we embrace curiosity and innovation over acceptance and fatalism?”

Artist Ava Carney wrote these introductory words for the 2020 Spring Issue of Minding Nature a couple months before Covid-19 literally shut down the world. There seems a certain awareness in her words of the coming storm that forced us all against the wall and put us on a course to re-imagine ourselves, individually and collectively. The 2020 tsunami of shutdowns and civil unrest exposed many of the broken social systems that make us all vulnerable to dis-ease (personal, social, financial, etc.). Her words remind us of the very shaky ground that most of contemporary human existence stands upon—the underlying toxic baggage we’ve carried with us for hundreds and probably thousands of years, baggage we have ourselves empowered by growing accustomed to it.

Ava Carney, however, also articulates paths for guiding us out from under the wreckage; concepts that have also been elements of the human archetypes for eons: support, motivation, empathy, curiosity, and innovation. The novel gifts she offers us are visual embodiments of these concepts in the human-like glazed ceramic sculptures she lovingly crafted and carefully placed at the Chicago Garfield Park Conservatory fern garden from January to March of 2020. Ava’s soft and sensitive ceramic figures are reflective creatures that I feel exude these guiding elements toward interconnection. These Genius of the Spot contemplative, perceptive, and gentle mortals may “offer a portrait of the other half: the human defanged, as garden creature—an herbivore.” I find a certain sense of respite and hope, knowing these calming creatures have come into being and I feel lucky to have visited them while they frolicked in a garden that was “tranquil, mysterious, archaic” in the middle of Chicago.

I dream, ever so briefly, that we Homo sapiens someday may move toward this understanding and embodiment of interconnectedness with all that is: starlight and black hole, microbe and dinosaur, ego and soul. 2020 has intensified a global shift that heralds a time of intense evolutionary change, individually and globally—a time for human growth that will drag us kicking and screaming into the Aquarian age. Perhaps a time for integrating and thus dissolving our intellectual, emotional, and spiritual contradictions. This might take decades, even hundreds of years or more, but perhaps, on the other side of this, we will be creatures more like Ava Carney’s beings, contemplating, peacefully and lovingly, in a forest of ferns.

When I think of ecological citizenship, the first words that come to mind are sustainability, mindfulness, and empathy. I also think about change, and the kind of changes that are needed to become an ecological citizen or an ecological society. Changing a personal habit is difficult, but altering systems established on a global scale is intimidating enough to make it seem impossible. In this critical environmental moment, how do we support and motivate each other? How do we increase our capacity for empathy? How can we embrace curiosity and innovation over acceptance and fatalism?

Throughout the last year, I considered these questions in more detail during a residency where I made sculptures in response to a public garden. Two years ago, I would not have pictured myself making work for a natural space, but the residency, which was held at a ceramic studio in a park, slowly shifted my focus away from traditional venues. At the very least, artwork in a gallery or museum has the ability to make us stop and look, but how does our response change when art is situated in the living landscape?

In Thinking the Sculpture Garden, theorist Penny Florence explains that “art in tension with the natural . . . is very different from the old binaries of wilderness-cultivation, art-nature or artwork-context” and offers the possibility of the “garden as something articulating a further reaching philosophy that helps us to think about what it is to be human.”[1]What Florence proposes is a turn away from “the old binaries,” in order to embrace a more holistic, perhaps a more empathetic, philosophy of being. As she suggests, stepping back from these familiar dualisms can start by bringing cultural activities, like art viewing or making, out of their typical settings and into green spaces. It seems simple, but the changes in my own thinking began when I started working at a studio in a park.

The year-long artist residency where I was reintroduced to the park setting was initiated and overseen by the Culture, Arts and Nature Department of the Chicago Park District. It was different from the privately funded residencies I was familiar with, mainly because it involved the larger city bureaucracy that enveloped the park system. As a result, I learned more about the history of Chicago and its parks. The fundamental relationship between the parks and the City of Chicago was something I had curiously overlooked before, despite the fact that I am a longtime Chicago resident and that many neighborhoods of Chicago are officially named after local parks. Notably, Chicago’s city crest reads Urbs in Horto, or City in a Garden, emphasizing that the preservation of green space, beachfront, and riverfront has been a priority since the city’s incorporation. In a nod to the city crest, the emblem of the Chicago Park District reads Hortus in Urbe, a chiasmus that means Garden in the City. Today, the Chicago Park District is the largest municipal park system in the nation with over 8,800 acres of green space and 600 parks.[2] 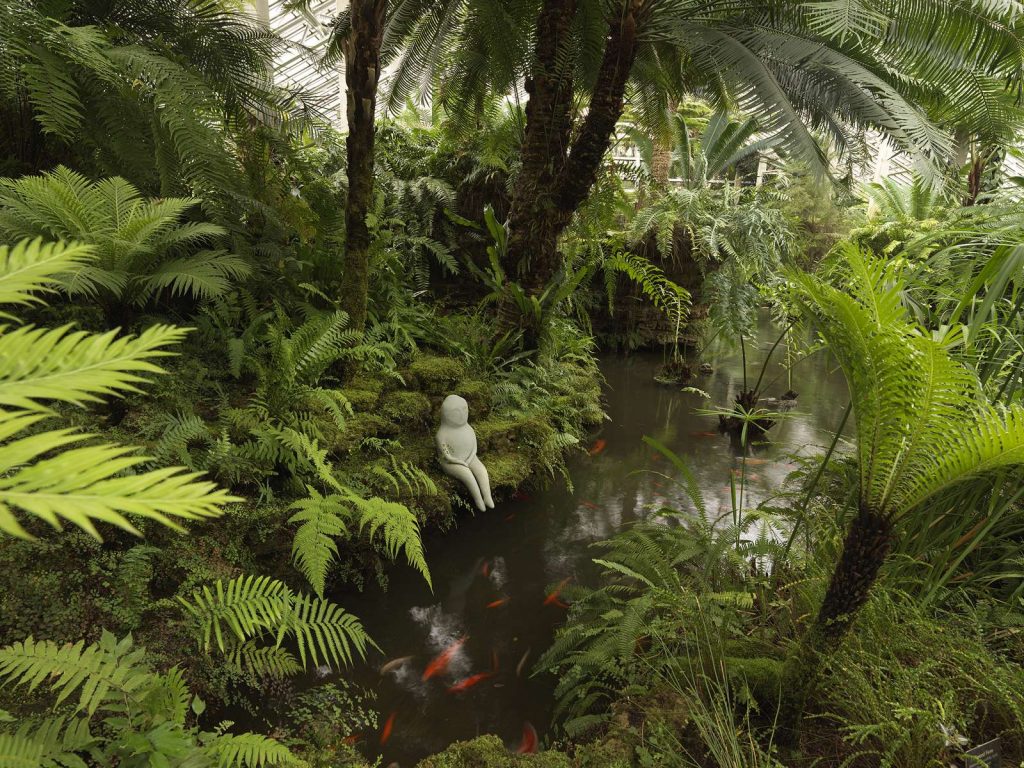 The Athletic Field Park Ceramic Studio is one of many city-funded arts and crafts studios administered by the Park District, and it was here that I began my residency in the summer of 2018. This park is in the northwest-side Irving Park neighborhood, close to where I grew up. For me it contained all the familiar touchstones of a city park: baseball diamonds, tennis courts, a playground. The two buildings on the property, a ceramic studio and large recreational field house, were both built in the early 1900s. The long, single story building that now holds the ceramic studio was converted from public showers to a china painting studio with funds from a Works Progress Administration grant during the 1940s as part of a nationwide craft revival effort. Since its conversion, the studio has kept the same spirit of equity and accessibility, hosting hundreds of students from the community each season and since 2018, an annual artist-in-residence. 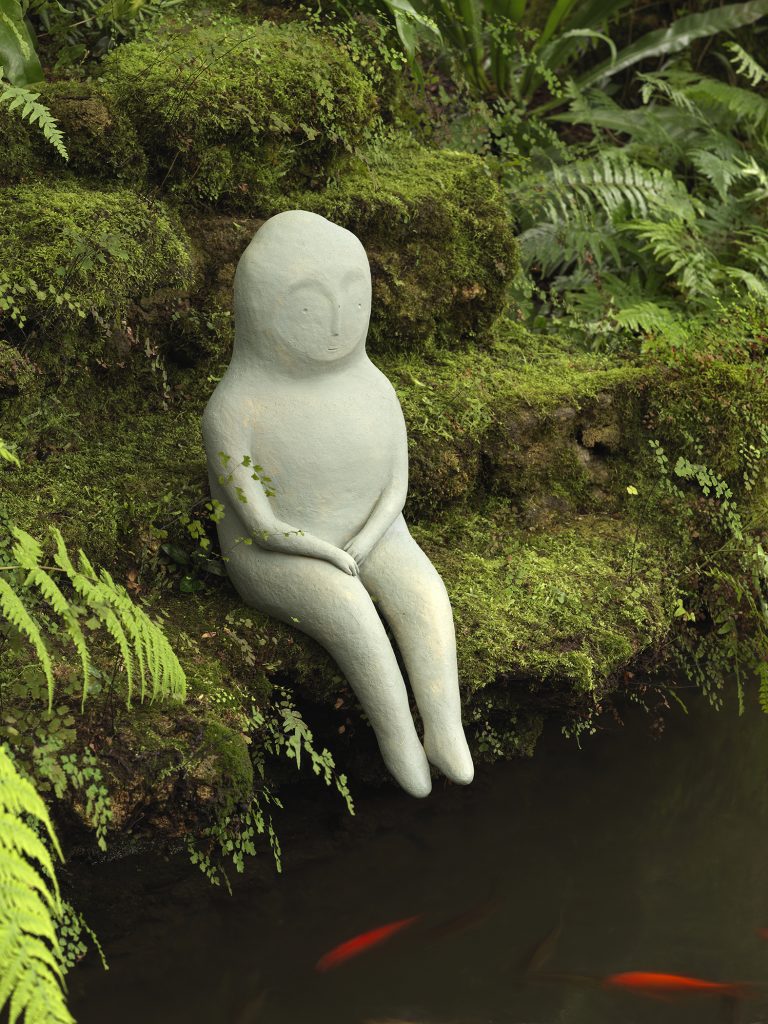 The studio in the park was quite different from all my previous workspaces. It was more attuned to the park’s active outdoor atmosphere and felt more permeable to the seasons. With classes hosted in the small building each day, the layout of the space and placement of tools, materials, and new works were constantly in flux. The people I met and ongoing changes in the studio became new and unpredictable influences. As more stories were shared and my perspective of the city evolved, it became difficult to envision how a final exhibition might come together. Although there were many locations in the Park District that could accommodate artworks, each had such a different atmosphere and history. I could not picture making new work before finding and understanding the place where it would be situated.

Park District staff and I discussed various spaces for the residency’s final exhibition, and someone suggested that the early twentieth century botanic garden on Chicago’s West Side, the Garfield Park Conservatory, could be a possible site for the show. This idea harmonized with many recent studio experiences: the permeable boundary between art and nature, the equity of public space, and the richness of community. The possibility offered so much to discover, I pursued it further. After several visits to the space, my ideas began to adjust to the complexity of the gardens and the Conservatory’s mission, which “envisions a world where people embrace and honor the importance of nature.”

Several months later, my exhibition, A Genius of the Spot, opened in the Jens Jensen Fern Room of the Conservatory. The title references a sentiment from artist Lorado Taft, whose figurative sculptures are displayed in the Conservatory’s entrance to the Fern Room: “I wish that every small park and playground might have its fit sculptural adornment—a kindly genius of the spot, as it were. Such an image would stand in memory for the place and pleasure it has given.”[3] Here, genius is used in its original Latin form, meaning “attendant spirit.” Put in plain terms by landscape historian John Dixon Hunt, sculptures in gardens “contribute new ideas of genius loci, the meaning or spirt of place.”[4]This concise yet fundamental idea not only served as an inspiration and starting point for the work, but also expanded my understanding of how artworks can connect directly with a natural environment to become part of a greater relational network. 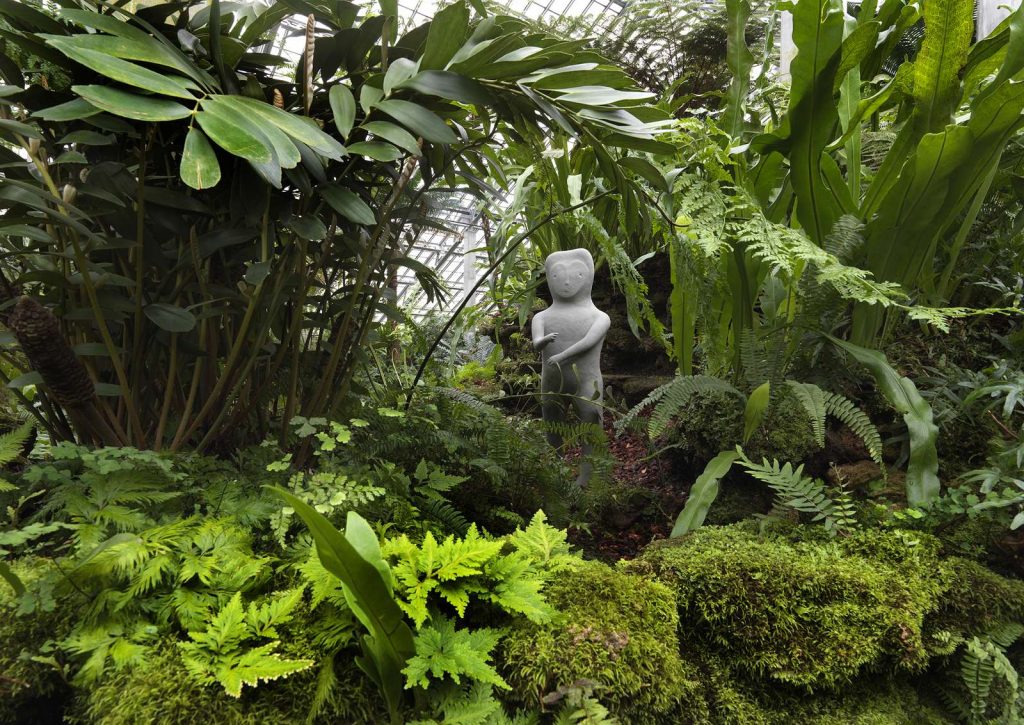 Penny Florence asks, “What happens when you give equal weight to the main elements of landscape, planting and artwork?”[5] I had asked myself some version of the question when I started envisioning pieces for the conservatory. The process was difficult; the incorporation of artwork into such an abundant site presented new challenges. I wondered how the work could exist with the landscape, which would have such a determining influence “on installed works in ways that are rarely considered when the art is foregrounded at the expense of everything else,” as works typically are in a museum or gallery.[6] There was the unique presence of the many ferns, moving water, fish, turtles, changes in light and temperature, and the brilliance of Jensen’s innovative landscape design. The garden was tranquil, mysterious, archaic. I wanted to capture figures with a similar affect.

In the making, I looked to the lyrical gestures in classical statuary and traditional garden ornaments—especially the cherub—as well as the enigmatic and stoic features of more ancient figures. The work of contemporary artist Ana Maria Pacheco was also influential. Her visceral wooden sculptures depict humans with pointed teeth, an exaggeration she says underscores the fact that we are predators.[7] Perhaps the Genius of the Spot figures offer a portrait of the other half: the human defanged, as garden creature—an herbivore. 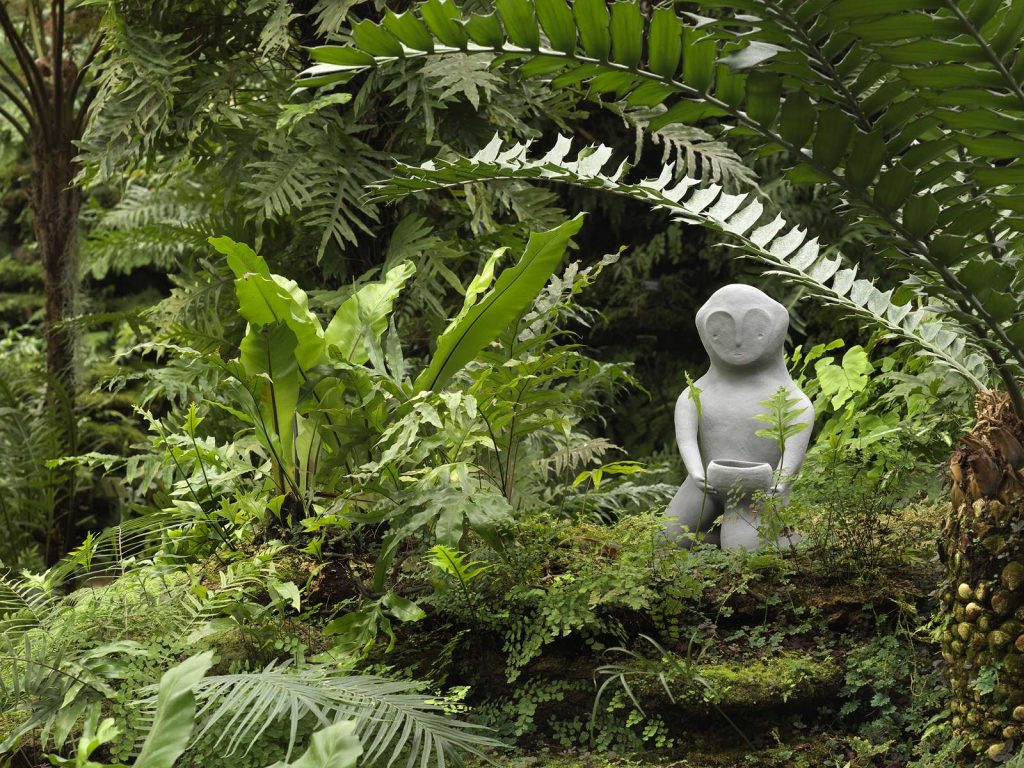 By design, art for the public garden leads back to the idea of ecological citizenship because of its ability to articulate a “further reaching philosophy” that gives us a critical perspective on our behaviors and thought systems. A sculpture placed in a garden begins to do the work of challenging some of the humanist dualisms that position art as separate from life and culture as divorced from nature. It shifts our focus away from those binaries, instead becoming a place where art, conservation, design, architecture, science, education, leisure, and play can come together. It offers the possibility of appreciating the nuance of difference and gives us a place where we can reclaim our roles as creators instead of consumers. Art and nature, especially when paired, make room for a silence that gives us some distance from the material. Maybe out of these quiet moments we will see that space is never really empty. We need less than we think.

[5] Florence, Thinking the Sculpture Garden, i. 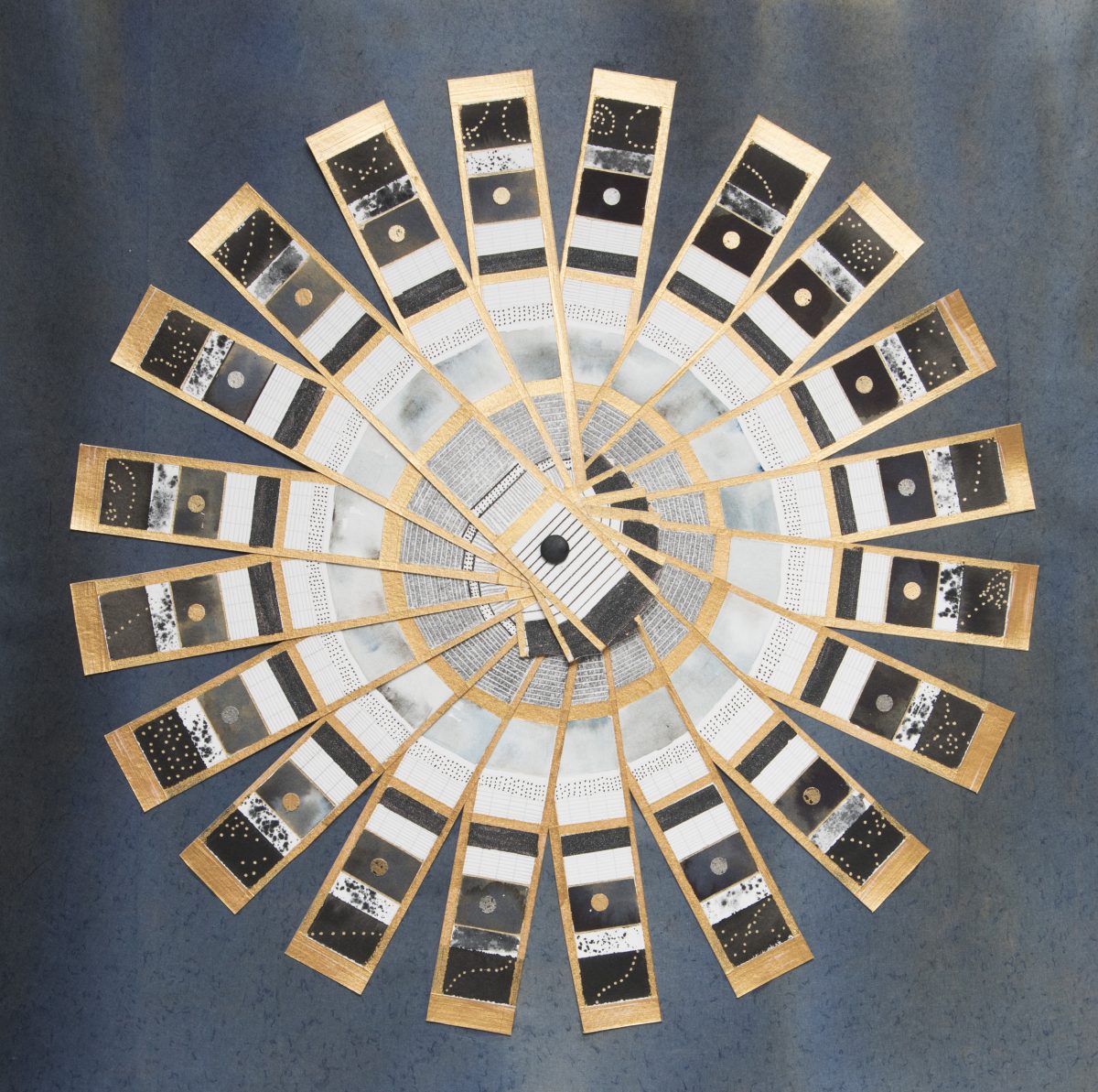