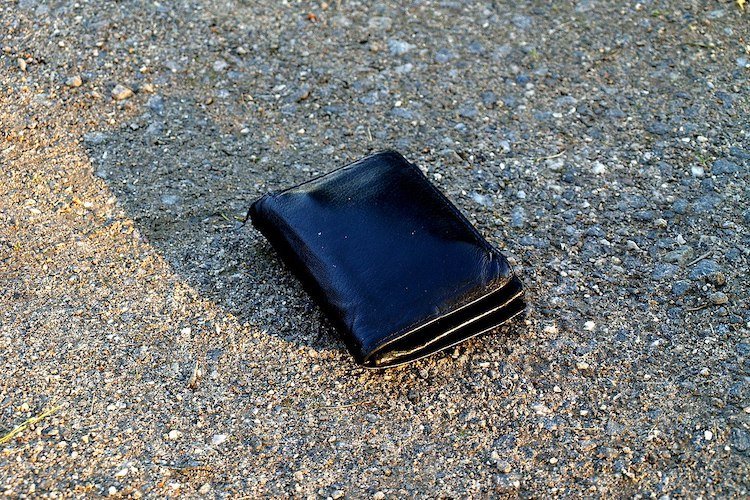 When I was around twelve years old, I found an ant colony’s nest in a lost wallet. I was walking through a parking lot at the edge of a faded empty space, when I saw a haggard-looking, soaked-through mass of brown, spread out on the ground with the interior pockets facing the asphalt. Let’s go for now with the assumption that my intentions in picking the wallet up were the pure ones of returning it to its owner, though I honestly can’t remember (and can’t really account for my middle school morality).

What I do remember was that the money and cards within the wallet had already been taken, replaced by haphazard rows of delicate, white larvae, peeking or wriggling what may have been heads or tails out from the pockets, and a swarm of panicking ants, some rushing to move their young to safety, others charging headlong towards the bare-skinned arms of their apparent attacker.

The fearless defense worked and I almost immediately dropped the wallet, startled and wincing at the brief pain of tiny mandibles clamping down. I got over my heebie-jeebies quickly, however—I was a kid who loved animals of all kinds and this was something new and veryweird. I remember leaning carefully over the wallet, now upturned and still in a frenzy of emergency activity. I remember a feeling of wonder at the resourcefulness of these little creatures—and that’s all I remember. I didn’t have a camera, so I couldn’t take any pictures and regret that to this day. I like to think that I turned the wallet back over again so the larvae didn’t dry out in the sun, but I really don’t know. I’m not even completely sure that I saw exactly what I think I saw—it was a rather long time ago. But whatever I really saw, what I remember is the image of the ants in the wallet. I’ll never forget that.

When I found that wallet, I was going through a phase that I think many suburban kids go through at some point in their lives, a phase in which they all at once become extremely dissatisfied with the compromise of a place—not quite city, not quite country—they call home. For me, it was the city part of the compromise that seemed so problematic. As I have already mentioned, I was then (and still am) fascinated by the natural world. When I was younger, I managed to scratch this itch by watching sparrows at our bird feeder and searching for bugs behind my neighbor’s garage, but by the time I entered middle school these activities were starting to bore me.

What I actually wanted, I soon decided, was a real wilderness, like the ones I saw on Animal Planet and National Geographic—the kind where there were no neat lines of houses and modestly partitioned backyards blocking one’s view, but where forests and plains and sky stretched on for as far as the eye could see, populated by an infinite diversity of living things to observe and learn about. I dreamed of living in a house on the edge of the Amazon Rainforest, Yellowstone National Park, or the White Mountains, and of being able to wake up every morning, walk out the back door, and spend the whole day exploring—that, I decided, was what real nature looked like.

A wallet full of ants did not immediately change my mind on this issue; but if it did not directly challenge the idea that “real” nature is only to be found in wilderness, it did at least provide a useful image for exploring it. On the one hand, here was a fundamentally artificial object, a piece of animal hide (or, more likely, a clever imitation) shaped into a container for processed wood pulp and hydrocarbon cards, with values that exist only in the human mind. And yet, this opportunistic colony of ants, finding it no longer being used for its original purpose, had moved into its empty spaces, where they were engaging in the fundamentally natural activities of gathering food, taking care of their young, and defending themselves against predators. Pieces of two worlds seemed to exist in that wallet, united in one little package—but was it natural or artificial?

Ants living in and around human-made objects is, of course, nothing all that unusual—these venturesome little critters make their way into our buildings all the time. When they decide to stay, ants usually site their nests behind walls or under floors, but there are some species that are much less choosey. The pharaoh ant (Monomorium pharaonic), for example, is a common household species that likely evolved in Africa, but which has been introduced throughout the world and is known for nesting just about anywhere, including inside appliances, within the folds of clothing or linens, and even between sheets of paper! Putting aside the genuine harms that result from certain kinds of ant infestations, there is something both fascinating and a bit unnerving about ant nests located in objects so familiar and so human—finding one, you would likely call an exterminator, but may also find yourself going back for another look while awaiting their arrival.

Perhaps our mixed feelings come from the cracks implied by our household ants—in the walls of buildings (best to caulk those up), but also in the divide between indoors and outdoors, human spaces and natural ones. By colonizing our artifacts with such gusto, organisms like the pharaoh ant act as strikingly clear examples of what philosopher Steven Vogel calls “the wildness” of human-made objects—forces which act not according to our intentions for the objects we create, but according to the properties or wills of nonhuman actors. These include other organisms that colonize “human” spaces, but also things like CO2 molecules, the natural properties of which we harness to drive our vehicles even as they also drive the Climate Crisis. This “hybrid” nature of our objects and institutions (to borrow sociologist Bruno Latour’s term) shows the weakness of the supposed boundary between the natural and the artificial, forcing us to think in terms of relation rather than firm binaries. It reminds us that we humans are, like all organisms, a part of nature, entangled with the fate of the world around us—and that everything we make is, in some sense, a wallet full of ants.

In addition to becoming more thoughtful about our interactions with the world around us, internalizing this idea can help us to better see that “natural” beauty and experience wonder even in places dominated by the artificial. When I found that wallet at twelve years old, I knew nothing of pharaoh ants or French sociologists—I was just amazed at the adaptability of the insects living inside. As I continued trying to make the best of what nature I could find in the Connecticut suburbs, however, I kept returning to that memory as my dualistic view of it kept getting challenged. Shortly after I found the wallet, I started spending more time at a small pond a few streets from my house. There, practically in my own backyard, I found versions of the same natural processes I had read about in books on wilderness. A few years later, I became aware of a pair of coyotes living around a nearby park and began to spend my snow days following their trails. Soon, I was hooked on learning everything I could about these intelligent, scraggly canines, finding them to be as utterly fascinating and beautiful as the wolves of Yellowstone—due in no small part to their presence as my neighbors.

Even today, I have not completely given up on my childhood dreams of wilderness. I eventually made it to the Amazon, and now work as an ecology tech in the White Mountains. I still think that wilderness is important, both from a species conservation perspective and in terms of human well-being; however, I do not consider my occasional visits home to be any sort of compromise between my love of nature and my desire to see my loved ones. I am not leaving nature behind when I return to the suburbs, but simply crossing over into a different part of our strange, remarkable, and interconnected world—to listen to the warble of the house finch, see what the coyotes are up to, and, of course, keep my eyes peeled for lost wallets.

Next time, I’ll have a camera ready.