Are Humans and Nature Fundamentally One and the Same? 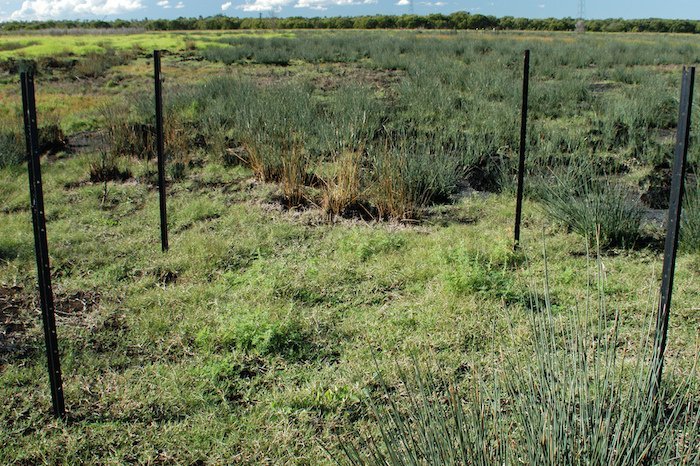 As the twentieth century turned, Frederic Clements revolutionized the science of ecology with a new technique known as the quadrat method. Prepare yourself for something really advanced: Drive four wooden stakes into the soil, arranged in the shape of a square; then wrap a string around the stakes; count the number of each kind of plant in the quadrat; and, finally, write down the name and number of each species of plant in the quadrat.

Clements’s enthusiasm for tallying plants was unstoppable. He practiced this simple method over the next four decades and across the state of Nebraska—the wooded bluffs along the Missouri river, the meadowlands, the sand hill prairies of north-central Nebraska, and the tall grass prairies of eastern Nebraska.

Clements noticed how finding one species—say, Gooseberry—in a quadrat meant he shouldn’t be surprised to also find Virginia Creeper in the same plot, and that he’d almost certainly not find any Bluestem Grass. The occurrence of a species could also be anticipated by the climatic and soil conditions of a quadrat. Quadrats nearer to one another were more likely to have the same species than quadrats placed further away.

Clements also got experimental with his quadrats. He removed plants from some quadrats and observed a tendency for those plants to be replaced by other individuals of the same species. In some quadrats he planted species that hadn’t previously been present. Those plants tended not to persist. Clements also noticed how plant composition of certain quadrats changed over time and did so in a predictable manner. For example, when an agricultural field was abandoned, the first plants to take root were invariably a wide variety of annual herbaceous plants, then perennial plants and grasses, followed by shrubs, then softwood trees (like Aspens), and finally hardwoods (like Maples). The pattern was largely predictable and repeatable.

To draw a string around that many sets of stakes, to sit down before a small patch of the Earth that many times, to get down on the level with plants, to take a quick look, gain a gestalt, and then engage in the deliberative task of touching every single plant, recognizing its species name and writing it down, pressing pencil to paper, once for each individual—to do that not for a weekend, not a few dozen times, but to perform that meditation thousands of times over a lifetime—there is no more intimate, more mesmerizing way to connect with nature. Doing so will, without question, generate perspectives that cannot be had any other way. 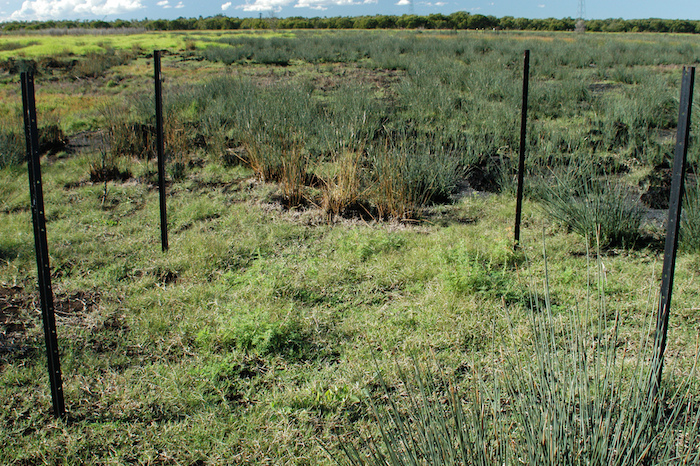 Clements believed his notebooks provided perspective for a new kind of life that had been living in and throughout his quadrats. The plants were not a “mere collection of atomistic individuals.” They were not merely co-existing. Rather, they formed a community of organisms that “arises, grows, matures, and dies.” The individual plants living in this community were so intimately connected to one another that Clements began referring to each community as being “like a super-organism.” They were not just a coincidence of beings living in close proximity. No, the collection itself was “a live, coherent thing.”[1] By “super” Clements did not mean more advanced or more complicated than your standard-issue organism—he just meant big. Science had discovered, so Clements believed, a new life form right here on Earth, living and respiring right before our eyes.

Clements’s reflections on all that quadrat data offer an answer to the question, are humans and nature fundamentally one and the same? Ecosystems—of which humans are a part—are organisms. In that sense, we are one and the same.

For his work on quadrats, Clements is heralded as the father of modern plant ecology. He gained quite a following among twentieth-century ecologists for his metaphysical beliefs about superorganisms. Beliefs that gave rise, for example, to our modern conception of a foodweb. The British scientist, James Lovelock, working seventy years later, cast these ideas in the largest possible terms. His Gaia Hypothesis understands the entire planet—of which humans are a part—to be a super organism.[2] Humans and nature are fundamentally one and the same.

Given our one-and-the-sameness, what happens when we relate to nature as though we were fundamentally separate? The best answer is associated with Arne Næss, one of the great environmental philosophers of the twentieth century, whose work gave rise to Deep Ecology. That answer: humans and nature are so intimately connected that acting as if we are separate and abusing nature is tantamount to abusing ourselves. We need to treat our relationship with nature in a far more sensitive manner.

That worldview is not backed by the force of ecological science. Clements and Lovelock are deeply respected for the details of their scientific contributions, but their metaphysical beliefs are essentially ecological heresy. Today, few ecologists believe the natural world is so interconnected.[3]

Do not misunderstand, science is clear: We are interconnected and we can damage the environment to the point of damaging ourselves—think climate change. But not every exploitive action is damaging to ourselves—think local, organic gardening. The disturbing concern is that too often we are not good at telling the difference between abusive relationships and sustainable ones. Our future likely depends on embracing an entirely different view.

We might find inspiration in an understanding of the world held by the Ojibwe, native North Americans whose homeland is in the Upper Great Lakes region. They believe the wolf is their brother—not metaphorically, but literally. Shortly after creating heaven and Earth, Gichi Manito (the Great Spirit) created Anishinaabe (the original human) and Ma’iinghan (the wolf). They were created as brothers and tasked with traveling throughout all creation together to honor the plants and animals by giving them names. Anishinaabe and Ma’iingan were close and realized they were siblings with all the animals and plants. When the two had completed their task, Gichi Manito informed them that they would go separate ways. The Great Spirit foretold that both would be hated, hunted, and misunderstood; ultimately they would share the same fate.[4] 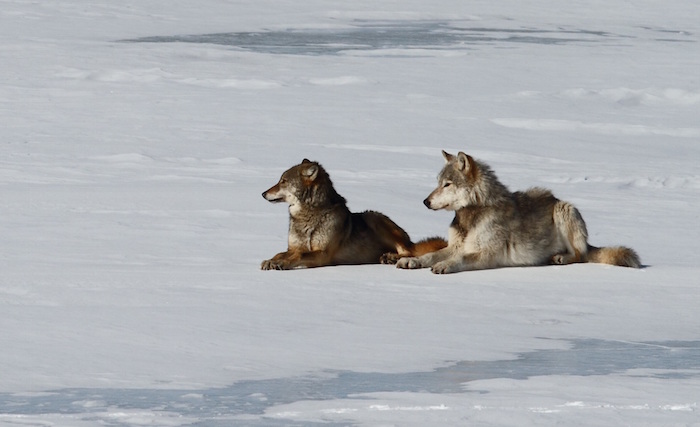 One of the most important traits that we humans possess is that we deserve to be treated fairly and with concern for our interests and welfare.[5] Do any of our “siblings” also possess this trait? Let’s consider why humans deserve fair treatment and concern: If you answer simply because we’re human, that’s unacceptably arbitrary. If you answer because God made us this way, that’s fine, but what about our being made this way results in our deserving to be treated fairly?

Very likely we are imbued with this desert because we have an interest in avoiding pain and more generally an interest in flourishing.[6] If the capacity to flourish imbues us with this desert, then any creature with such an interest would also deserve the same kind of treatment. Because all organisms have the capacity and interest to flourish, we all share in the same desert. This line of thinking is also backed by the force and universality of the Golden Rule—treat others as you’d want to be treated if you were in their position.[7]

To treat animals and plants fairly and with concern for their interests and welfare does not mean that we cannot ever use plants and animals. It only means humans should not infringe on the wellbeing of nonhuman organisms any more than is necessary for a healthy, meaningful life. In this way, this worldview steers clear of misanthropy. The proposal is to expand our current sense of justice to include all persons, human and nonhuman alike. When conflicts in interest occur, they are to be carefully adjudicated. If we act in this way, I think we’ll save our souls and maintain a livable planet.

The thoughts of Clements, Lovelock, and Næss are entirely reasonable, and they conspire with my soul. But it may be that no one is bound to this worldview through logic or science. The Ojibwa worldview, however, after some adaptation and interpretation is bound to us through the science of common ancestry and the logic of the Golden Rule. No one can reasonably opt out of that understanding.

Are creatures—humans and nonhumans alike—fundamentally one and the same or separate? We are one and the same, related in exactly the same way that you and I are related to our siblings, parents, and children.

[4] More precisely, “anishinaabe(k)” refers to human(s). In the creation story, the specific humanoid is Nanaboozhoo, or Wainaboozhoo, who is half man and half manidoo (spirit) that interacted with mii’ingan.

[6] Desert is also the noun form of the word deserve.

[7] The Golden Rule is a Judeo-Christian version of a more general principle known as the Principle of Ethical Consistency. Essentially every culture that has ever been studied honors some version of the Principle, see Gensler, H.J. (2013). Ethics and the Golden Rule. New York and London: Routledge.