Remembering the Feathered Tempest: Lessons from an Extinct Bird 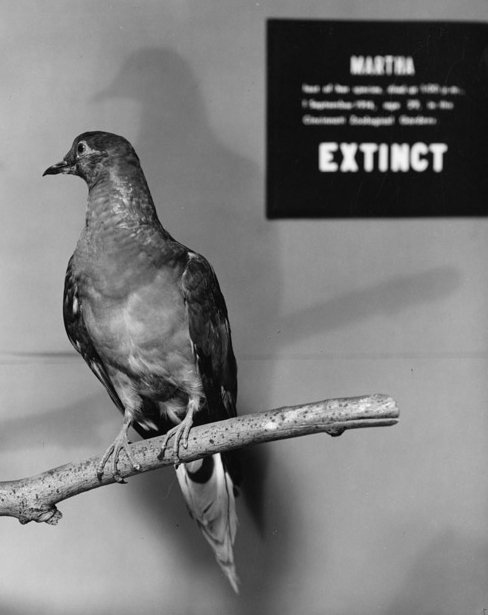 Three to five billion of the now-extinct Passenger Pigeon once crisscrossed the skies of eastern Canada and the United States, making it the most abundant bird on the continent, if not in the world. Audubon recorded a flight in Kentucky that eclipsed the sun for three whole days. In 1860, migrating pigeons near Toronto likely exceeded a billion birds, and there was a nesting in 1871 that surpassed 120,000,000 adults spread over 850 square miles.

The story of the Passenger Pigeon is also about the people who experienced this “feathered tempest,” as Aldo Leopold called it. In their movements, the birds billowed over the largest cities of the United States and Canada in great clouds for hours at a time. Many observers stared in awe, while others memorialized what they saw in fiction, painting, and music. Mostly, though, people killed the birds almost every time they encountered them and in almost every conceivable way. The birds were killed for recreation, for food, to protect crops, and sometimes for no reason at all. With the expansion of the telegraph and railroads in the 1840s, the species became a commodity for newly developed national markets, and vast quantities were sent to help feed the teeming urban masses, for no protein was cheaper. Under this pressure, the last wild birds were virtually gone by 1900, and the last of the species, “Martha,” died in the Cincinnati Zoo on September 1, 1914.

Project Passenger Pigeon is an international effort to use the 2014 centenary of the bird’s extinction to familiarize as many people as possible with the story of the Passenger Pigeon and to then use that compelling story as a jumping-off point for discussion of current issues related to extinction and sustainability. So far over 150 organizations are involved with major exhibits being planned in Chicago, Cambridge, New Haven, Columbus, East Lansing, and other cities. This is not merely the retelling of extraordinary historical events—as valuable as that is—but also an examination of the present and future: an effort to motivate people to explore connections between humans and the natural world, and to inspire them to become active in the promotion of biodiversity. 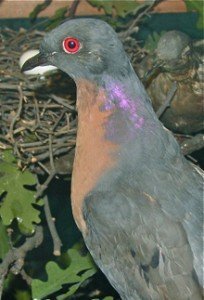 The power of the story, its many connections to the art and culture of Canada and the United States, the fascinating human characters that populate the history of the bird, and the sad fact that every place has organisms that are threatened locally if not globally all combine to make this centenary a unique opportunity to engage people who would not ordinarily be interested in conservation. The principal tools include a documentary film, a book, a web site, a curriculum, and a wide variety of exhibits and programs across North American and beyond. In the process, we hope to create partnerships between those who actively promote science and conservation with those who engage in the visual and performing arts to create synergies that benefit both the audiences and the participants. Additionally, we are seeking to get commemorative postage stamps produced and asking officials in local, state, and federal governments to have their jurisdictions officially recognize 2014 as “the year of the Passenger Pigeon.” 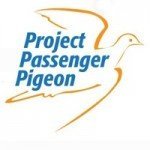 We are all busy moving this project forward, but you can help in two important ways. To date, individual institutions are using their own resources to pay for their activities, but we will need additional funding to facilitate their work, to make the movie, to coordinate and promote these activities, to run the web site, etc.  And we are looking for additional participants who can themselves provide outreach or have contacts with other organizations and artists who would like to join us. To learn more, please visit our webpage at www.passengerpigeon.org and view the trailer for our documentary. We have also just started a Facebook page, Project Passenger Pigeon. To contribute funds, please send them to the Peggy Notebaert Nature Museum (2430 N Cannon Drive, Chicago, IL 60614) with a note that the contribution is for Project Passenger Pigeon.