I have long been a fan of the idea of Pleistocene rewilding. How thrilling it would be to have large tracts of open land set aside for a grand experiment in bringing back versions of the megafauna that once roamed the North American continent. Camels, Woolly Rhinos, armadillos the size of a car, Dire Wolves, gomphotheres, mammoths. I have also long been a fan of science fiction. My favorite moment in this fantasy world occurs in Kim Stanley Robinson’s novel 2312. Animals have been sequestered on terrariums inside asteroids, a safe place for them to be preserved when it is no longer possible for them to live on Earth. And then the moment arrives, in a great act of insurrection, for the planet to be “resupplied” with animals.

They all came down together, first in big landers protected by heat shields, then in smaller landers popping parachutes, then in exfoliating balloon bags. . . When they got within a few hundred meters of the ground, every lander disintegrated into thousands of aerogel bubbles drifting down, each transparent bubble a smart balloon holding inside it an animal or animal family. What the animals thought of it was anyone’s guess: some were struggling in their aerogel, others looked around as placid as clouds. . . . into the seas splashed dolphins and whales, tunas and sharks. Mammals, bird, fish, reptiles, amphibians: all the lost creatures were in the sky at once, in every country, every watershed. Many of the creatures descending had been absent from Earth for two or three centuries. Now all back, all at once. [1]

This is one of the most transcendent scenes in all literature and one that says something beautiful about the human imagination. Given all of our flaws and bad habits, we still harbor visions of a future in which justice includes the animals. We need such aspirational visions to remind us what we hold dear. My poet’s heart soars with such imaginings. Yet my pragmatic head rankles. How can we know what Earth or human society will be three centuries into the future? If we want a planet on which biodiversity thrives, what are the steps we need to take now in order for our successors to be here three centuries from now and to live with beauty and meaning and have the skills to keep it all going? And, yes, how far should we go to bring back lost species? 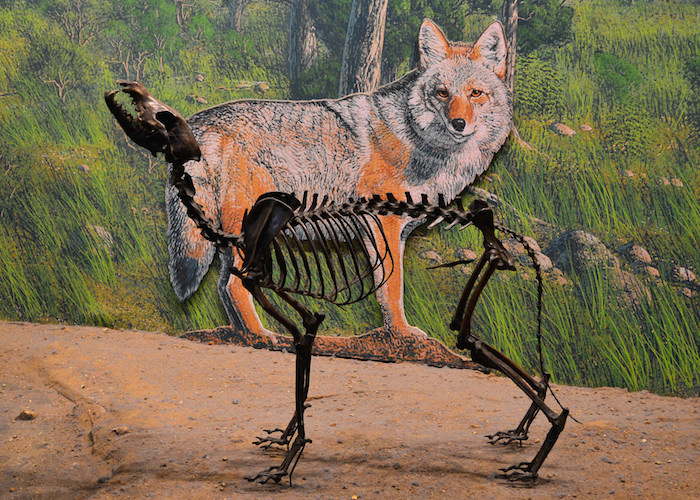 De-extinction is a pretty way of suggesting that extinction is reversible. Bringing back a celebrity Woolly Mammoth or even a small flock of Passenger Pigeons through synthetic biology does not undo the extinction of these creatures. Their ecosystems are gone or disrupted. Their capacity to learn from and commune with their own kind is nil. Their microflora? Who knows what or where their commensals might be. Certainly a zoo or park filled with individual animals recovered from extinction would be a spectacle to behold. But the purpose of zoos has changed. They are no longer about spectacle but rather about species survival through conservation, captive breeding, and reintroduction into the wild. Would it be possible to create sufficient genetic diversity in such a species for it to have a viable existence in the wild? Of that wild, we must face the facts that as a whole our society gives the wild a snowball’s chance on a melting glacier to thrive. We, as the dominant species, continue to eliminate habitat, extirpate “pests” (despite their role as pollinators), and make the air and water toxic. We teach plants to produce their own pesticides. We colonize and oppress the genetic legacy of the world through corporate manipulation and control of seeds. We are beginning to treat genes as if they are just one more resource available for our extraction and profit. In the face of these assaults on nature, the idea of de-extinction is at best a heartless folly and at worst a technological delusion.

Unless we learn to curb our bad habits and foster good habitats, the only responsible use for this genetic technology is in conserving Earth’s genetic legacy through seed banks and sites such as the San Diego Zoo’s “frozen zoo” with an eye toward caring for the plethora of critically endangered animals still living on Earth. How far should we go? Only as far as empathy would allow. Assisted migration and captive breeding for reintroduction seem to me to fit this bill. Manufacturing a Woolly Mammoth does not. Imagine the loneliness of such a creature.

But that, of course, is a poetic thought, and one not likely to be taken to heart by the bio-tech avatars. Let me then offer them this modest proposal. Let’s create a laboratory for experimentation on the genetic material of the most violent and destructive animal on the planet. What about splicing a few segments of lamb genome into our lion-sized appetite for the world? What about splicing some male bowerbird sequences into the human genome? Could we teach ourselves then to use beauty and art to win ourselves a future? Silly thoughts, of course. And, after all, there are moral principles at play that would make such experimentation on our species unacceptable.