Bar-B-Que and a Side of Old Growth 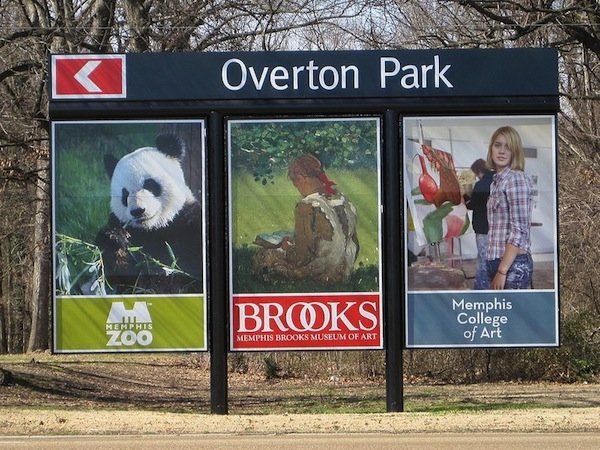 I grew up in a Southern city—Memphis, Tennessee. Like New York, Memphis has a kind of central park, named Overton Park. Unlike New York’s Central Park, Overton Park is not situated in a deep valley surrounded by the sheer cliffs of mountainous buildings. It is surrounded by lovely big old homes and gardens. To live near Overton Park was unaffordable for my family, headed by an artist and art teacher at the Memphis College of Art, a city-supported institution located in the park. But many of my dad’s patrons lived in this Memphis garden district. I sometimes went with him as he delivered a painting or piece of sculpture to patrons in the neighborhoods around the park, and wandered outside along brick paths—always moist and tinged green with moss—shaded by towering oaks. These, usually walled, urban gardens often lay between the main house and the “carriage house,” many of which had been converted into small apartments, perhaps rented to a college student or to a genteel but relatively impecunious tenant. I eventually attended Rhodes College, just across the boulevard from Overton Park, and several of my college friends lived in one or another of those carriage houses; and several from more affluent families lived in one or another of those grand old homes.

From my earliest childhood experience, my environmental aesthetic has been shaped by this idyllic blend of the natural and the built environments. In addition to the “Art Academy” (as it is known locally), sited in Overton Park are the stately Brooks Museum of Art, the Memphis Zoo, and a public golf course. Less obvious to the untutored eye, also contained in Overton Park are 142 acres of never-felled forest—“an extremely rare virgin or old growth forest…very few [of which] exist in the Mid-South region and certainly none within a city the size of Memphis.”[1] The canopy-dominant red and white oaks (Quercus alba, Q. falcata, Q. pagoda,and Q. shumardii) and many of the vines (mostly Vitis spp.) in that forest—and also in those urban gardens—are native to the warm, moist “bluff city” region lying at the head of the Mississippi delta.

The big oaks in the Overton Park Forest are more than 200 years old, over 100 feet tall, and measure four to five feet in diameter at breast height. Comparing them with the stubby native post oaks (Q. stellata), in the much drier environs of the Dallas-Fort Worth “Metroplex,” where I now live, the fit between climate and vegetation is visible even to my untutored eye. Speaking to the question in ecology about the triadic relationship among integrity, stability, and beauty at the center of Aldo Leopold’s land ethic is the fact that this urban forest, while certainly dynamic on its own slow pace of succession, contains a remarkable variety of species—332 kinds of flowering plants, 245 of which are native—along with a complement of small mammals, birds, reptiles, and amphibians and a very large number (counting both species and specimens) of invertebrates (insects, spiders, and worms), many of which decompose fallen leaves and logs. That’s integrity!

At a recent gathering in Point Reyes Station, California, focused on Aldo Leopold’s legacy, I was starkly reminded that his legacy is contested. On the one hand, he is one of the architects of the American wilderness movement with its philosophy of humans allowed to be only “visitors” to large tracts of “untrammeled” Nature in a “primeval” condition. On the other, in his extension work with farmers in south-central Wisconsin, Leopold strove to entwine what he called “utility” and “beauty” on a single parcel of rural property.

In his contribution to this series, the eminent ecologist Steward Pickett observes that “the land ethic without urban isn’t.” I agree. We need to follow Leopold further along the spectrum he traveled, intellectually as well as physically, from the roadless wildlands of the Arizona and New Mexico Territories, to the middle landscape of the Upper Midwest, and on into the city. My native Memphis may offer a clue about how we can work out the relationship among integrity, stability, and beauty in the urban environment. Borrowing an idea from UNESCO’s Man and the Biosphere Programme, a city might designate a well-protected core reserve surrounded by a buffer zone in which limited and compatible human economic activities might go on. Memphis’s Overton Park Forest is an outstanding example of a fiercely protected core area. When I was in college in the early sixties, I would drive through that woods on paved roads. Not anymore; those roads are now closed. During the late sixties, plans were afoot to extend I-40 through the park. That benighted scheme was opposed by a citizens’ group that took its case all the way to the US Supreme Court—and won.[2] But a core reserve need not be a fortuitous heritage that, come the age of environmental awareness, citizens suddenly discover and protect; it might be totally reconstructed on recently abandoned real estate.

In the buffer zone of Memphis’s Overton Park Forest, there’s the zoo, my dad’s art school, the college I went to, the golf course, and the garden-district neighborhood. It’s all beautiful, but that’s not what Leopold meant by “beauty.” In his vocabulary, “beauty” meant ecosystem function, which he also called “land health”—permeable, vegetated soils to absorb heavy rains; insects, rodents, and other irruptive species held in check by their natural enemies; micro-climate modulation, self-regeneration. The garden district of Memphis and its core forest maintains an adequate modicum of integrity, which for Leopold meant a diverse complement of species, the functional components of its ecological beauty. And in my seventy-plus years, allowing for the changes wrought by processes of natural disturbance and succession, that sector of Memphis is demographically, architecturally, and ecologically stable.

With its small but vital unfelled forest as its core, Overton Park and its environs might serve as a center out from which the rest of the city could be rehabilitated, much of it blighted by crumbling infrastructure, demoralizing housing projects, toxic industries, and crime. Instead of progressive urban decay, how about progressive urban ecological rehabilitation? Add to the process of city beautification (in Leopold’s sense of the word): twenty-first-century concepts of rooftop and backyard urban vegetable gardens; distributed solar thermal and electrical energy; safe, efficient, and attractive public transportation; environmental justice; and conversion to a knowledge-based economy…and we get a land ethic à la Leopold within, not without, the urban.