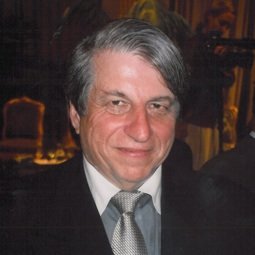 Benjamin R. Barber is a Senior Research Scholar at The Center on Philanthropy and Civil Society of The Graduate Center, The City University of New York, President and Founder of the Interdependence Movement, and Walt Whitman Professor of Political Science Emeritus, Rutgers University. An internationally renowned political theorist, Dr. Barber brings an abiding concern for democracy and citizenship to issues of politics, globalization, culture, and education in America and abroad. He consults regularly with political and civic leaders in the United States (including President Clinton and Howard Dean) and around the world (Germany, U.K., Libya, Italy).

Benjamin Barber’s 17 books include the classic Strong Democracy (1984), reissued in 2004 in a twentieth anniversary edition; the international best-seller Jihad vs. McWorld (1995, with a Post 9/11 Edition in 2001, translated into thirty languages); and, most recently, Consumed: How Markets Corrupt Children, Infantilize Adults, and Swallow Citizens Whole, published by W.W. Norton & Co. (2007; ten foreign editions). His most recent book, If Mayors Ruled the World, was published by Yale University Press in 2013.

Barber’s honors include a knighthood (Palmes Academiques/Chevalier) from the French Government (2001), the Berlin Prize of the American Academy in Berlin (2001), and the John Dewey Award (2003). He has also been awarded Guggenheim, Fulbright, and Social Science Research Fellowships, honorary doctorates from Grinnell College, Monmouth University, and Connecticut College, and has held the chair of American Civilization at the École des Hautes Études en Sciences Sociales in Paris.

He blogged regularly for The Huffington Post and writes for The Nation, Harper’s Magazine, The New York Times, The Washington Post, The Atlantic Monthly, The American Prospect, Le Nouvel Observateur, Die Zeit, La Repubblica, El País, and The Guardian. He was a founding editor and for ten years editor-in-chief of the distinguished international quarterly Political Theory. He holds a certificate from the London School of Economics and an M.A. and Doctorate from Harvard University.

Barber appeared often on television, including CNN, Fox News, Fox Business, the Tavis Smiley Show, Bill Moyers Journal, Charlie Rose, and GRITtv. With Patrick Watson, he wrote the prize-winning, ten-part PBS/BBC series The Struggle for Democracy and contributed to the British series Greek Fire. He wrote and narrated the film Music Inn, featured at the Tribeca and Munich film festivals. His plays have been produced off-Broadway and at regional theaters, while his song lyrics for British tenor Martin Best appear on the EMI concept album Knight on the Road. He wrote the libretto for George Quincy’s opera Home and the River, produced by Encompass in New York.