Break Out the Border Collies 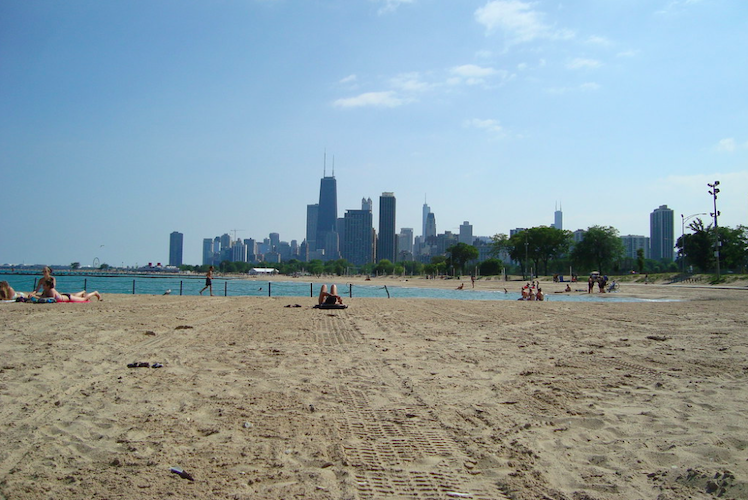 Nature immersion was about to be my off-ramp from a years-long highway of depression.

Before light bulbs, blinds, or a new shower curtain, I bought clay pots and flowering plants for the balcony of my newly purchased, third-story condo. I had the screen door removed so I’d have no obstruction to the outdoors from the living room. I imagined young, lime-green sweet potato vines and purple morning glories growing up hugging each other, curling around the railings, stretching toward the sun, competing for space on the top rail, then spilling over, and finally hanging down in a cascade of tangled color. I filled the pots with soil and placed them on the balcony to cure overnight before planting, leaving the door open—inviting night breezes to induce a soft sleep.

In the morning, I shuffled into the living room to find dirt tracked all over the white carpet.

Usher, a one-year old Scottish Terrier lay with his legs splayed on the balcony floor. He held his head high, eyes half-closed, basking in the light wind, proudly displaying his muddy nose and dirty paws. What do you suppose dogs think? Was he grateful I gave him the opportunity to dig up our new backyard?

Off to Home Depot, I went for another bag of soil and over-the-railing brackets to hold the pots up and away from those ancient digger instincts. I planted and watered.

My north-facing building juts out on just enough of a curve of Chicago’s North Lake Shore Drive to have a tree-filled view of Lake Michigan. Only those trees along Lake Shore Drive stand between my balcony and the North Pole—no buildings, no mountain ranges, not much to break the full force of the north winds barreling down the Great Lakes, slamming into my balcony and battering the sweet potato vines and morning glories. They didn’t last the week. 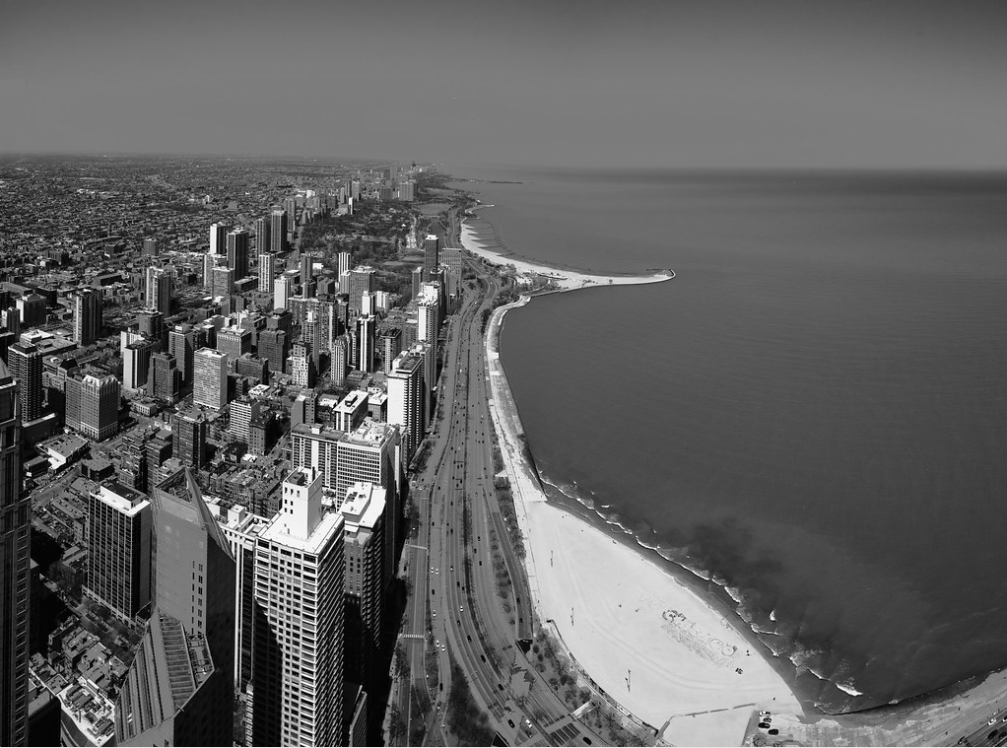 For three years, I potted a cornucopia of perennials and annuals, praying for wind resistance. The master gardeners at Gethsemane Garden Center finally told me I was in a losing battle.

Abandoning the outdoor garden, I’ve settled for the delight of a tree-filled, panoramic view full of sparrows, chickadees, and starlings. Occasionally I spot a cardinal, an oriole, or a woodpecker hopping through the leaves. One year a crow built a nest in the crook of two high limbs. A lone squirrel used to sit on a branch parallel to my balcony, squeaking and shaking his tail, tormenting young Usher. Across Lake Shore Drive, gulls mind their territory, gathering on the wing above Lake Michigan.

On cloudless summer Saturdays in the early aughts, I sloughed off my dead weekend chores—grocery shopping, haircut, the laundry. I chose the beach. I filled my backpack-chair with a bottle of water, mosquito spray, dog treats, a beach umbrella, Vanity Fair, cell phone, and a small purse. 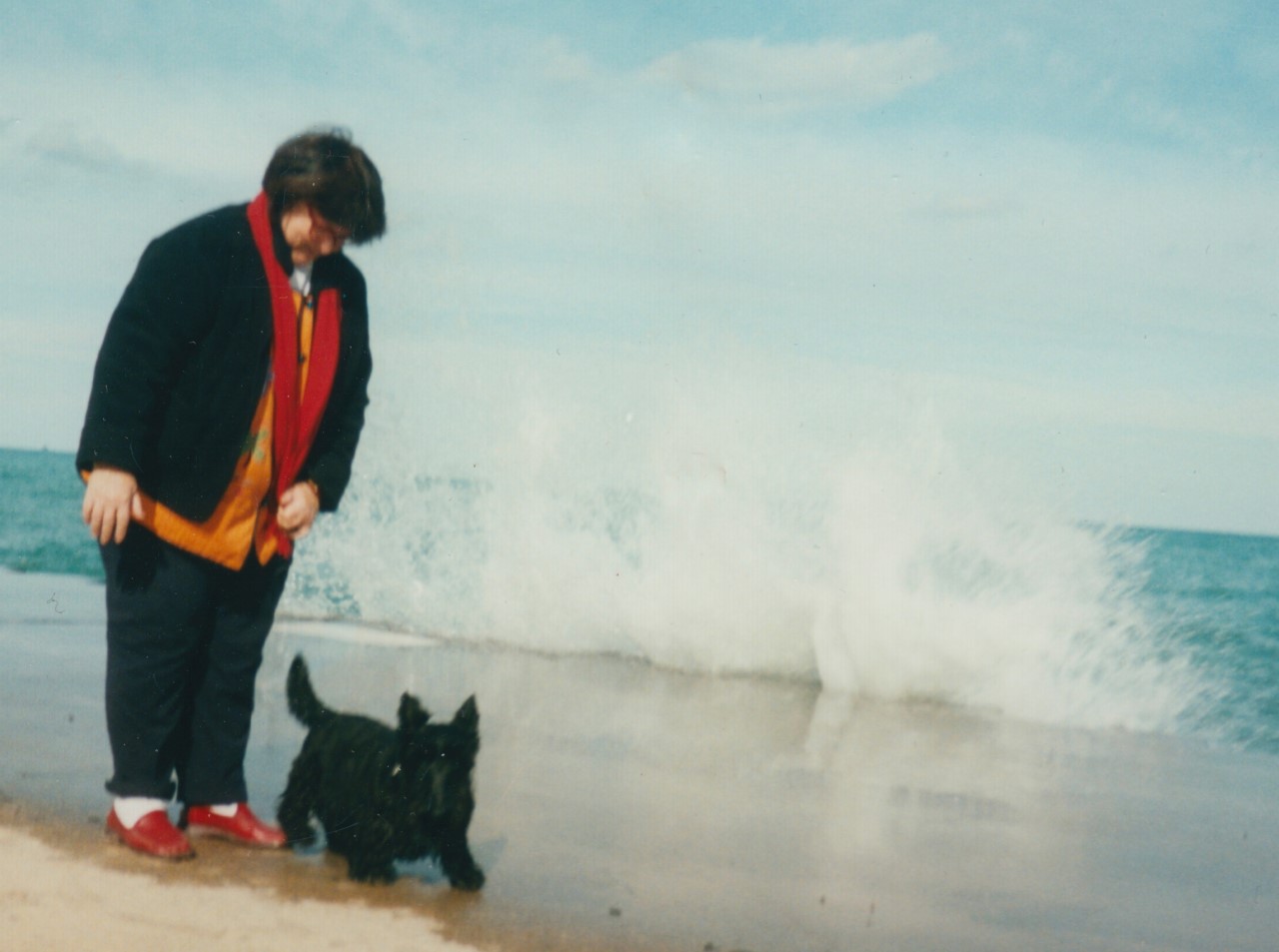 I strapped the chair to my back, gripped Usher’s leash, and walked across Lake Shore Drive through the bee-buzzing garden leading to the Oak Street Beach underpass. I hurried past the watery underground restrooms, holding Usher tight to keep his nose off the ground. We climbed the cracked cement stairs, landing on the maniacal paved bike path that grips the edge of the beach. 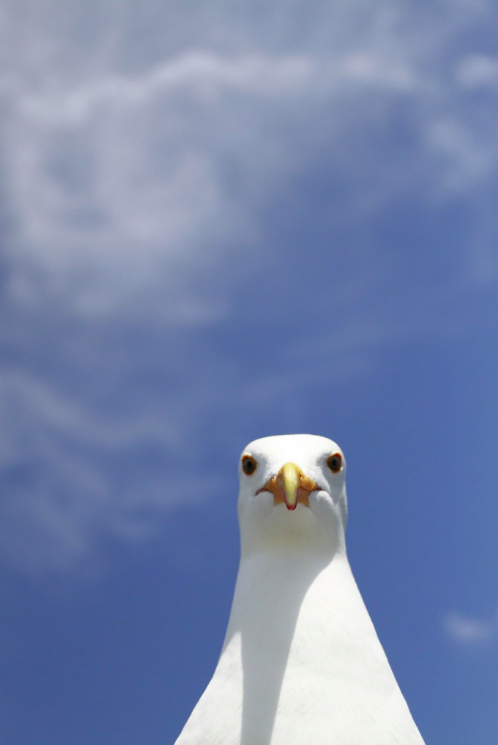 Usher and I would dodge the slipstream cyclists and jump down into the sand that swallowed up the sound and stench of cars on the Drive. We’d set up shop at the shoreline. I faced my chair away from the sun to protect my ultra-violated skin, screwed the umbrella to the armchair, and settled in with my magazine. Usher dug into the cool sand under my seat and rested. As the beach turned to follow the sun, I’d stretch, take Usher for a swim, and reposition the chair.

Nearly every week, I’d have lunch with a friend on the shady deck of the Beachstro Cafe. The hamburgers were lousy. But we sat with our backs to the skyscraping neighborhood, at the water’s edge, hearing nothing but the lake licking the sand and gulls singing over the water. We might as well have been on a Bahamian island.

One day the lifeguard rushed over to me on the beach. “Get your dog out of the water! Didn’t you see the yellow flag? No swimming. E. coli. It’ll make your dog sick.”

Escherichia coli, E. coli, a nasty bacteria that causes stomach disorders, indicates a high fecal presence in the water. The last thing a dog owner wants for their little housemate is to have intestinal distress. I packed up immediately, ran home, and gave the poor guy a thorough bath.

Chicago beaches are tested for E. coli every day in the summer. In the early 2000s, high concentrations showed up regularly, indicating a saturation of fecal matter. DNA studies showed the E. coli landed on the beaches from gulls and washed into the lake.

The press reported there was a twenty-four-hour delay in test results, so at that time, when a beach closed due to water contamination, it meant we had been exposed the day before. The Chicago Park District tamped down outcries from the public by piloting an EPA grant to use Border Collies to chase gulls off the beach. 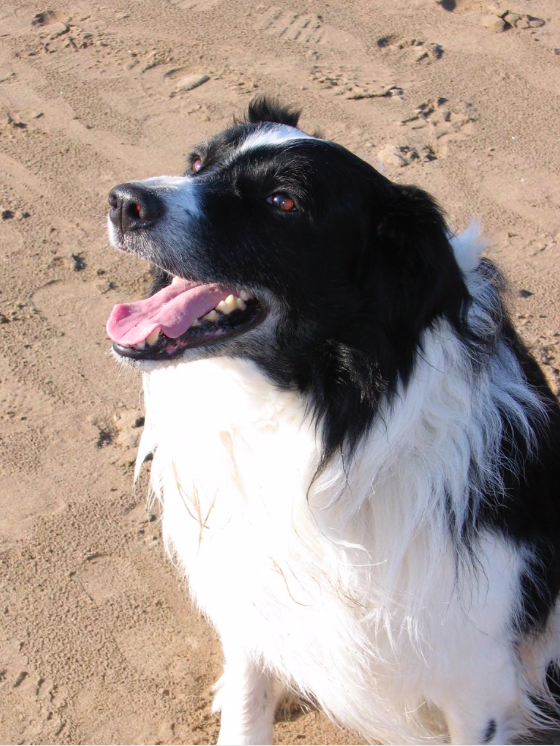 Oh, the Border Collie! The smartest worker in dogdom. She doesn’t just chase the gulls. She crouches down and makes eye contact as she creeps toward her charge. This terrifies the gulls and they fly off. When the birds try returning to the sand they face the same evil eye because from dawn to dusk, the collies never tire of their rigorous jobs. By instinct, these dogs won’t catch the birds, an important point since gulls are still protected under the Migratory Bird Treaty, even from the collies.

My beach days with Usher were over however. I welcomed the collies but was too creeped out by the constant reminder of bacteriological threats. People were reporting getting sick just from breathing in sand dust while laying out.

Usher is long gone but I recently acquired Henry, a lovely old terrier. I thought I’d introduce the former farm boy to the delights of the beach since I hadn’t heard about beach closings for years. I wondered if the Border Collies were still shooing gulls from the sand. I couldn’t get an answer from the Chicago Park District so I sent a query to “Curious City,” a program on Chicago’s local National Public Radio affiliate WBEZ. Does the city still use Border Collies to chase gulls off the beaches? Are the beaches safe from E. coli?

When WBEZ reporter Monica Eng called to say she’d been investigating my query, she invited me to join her at the University of Illinois at Chicago lab where the beach water is tested. We watched delivery of the water samples and observed the scientists take them through the paces. The daily results are released to the lifeguards by 1:30 pm. If there’s a high concentration of fecal matter, the lifeguards are supposed to raise a yellow flag which signals to the beachgoers the water quality might make them sick. The Chicago Park District stopped alerting the media about high levels of fecal contaminants and stopped closing the beaches in 2011, opting for the Swim-at-Your-Own-Risk flag system.

And the Border Collies? The UIC scientists pointed to studies that show gulls are the main culprit of contaminated water (and sand) and the most effective way to manage them is to use Border Collies. At a Chicago Park District Board meeting in July, I asked, 1) Why don’t they use dogs now? and 2) Why don’t they close beaches that test for high levels of fecal matter?

The Park District CEO answered that they don’t use dogs anymore because they were rejected for the EPA grants that paid for them. And they don’t ban swimming for super high feces anymore because people like to swim, and the health department hasn’t heard about any E. coli infections from beaches recently. These answers didn’t restore my confidence in the Park District’s understanding of public health policy. But they did cement my resolve to never take Henry to the beach. We’ve settled for the view from the maniacal bike path.

And contaminated or not, the blue serenity of Lake Michigan is its own anti-depressant. No medication can substitute for the mood-altering calm of her reflected beauty. I’m grateful to have her.