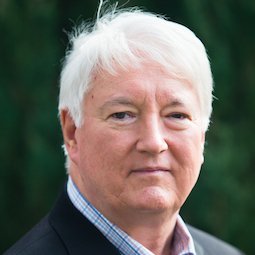 Bruce Jennings is Senior Fellow at the Center for Humans and Nature where he engages in research, writing, public speaking, and consulting. He is the editor of the Center’s journal, Minding Nature.

He can be reached at brucejennings@humansandnature.org. His recent book, which grew out of Center research, was published in the spring of 2016 by West Virginia University Press—Ecological Governance: Toward a New Social Contract with the Earth.

Jennings is also the co-editor with Ceara Donnelley of Frog Pond Philosophy, a collection of essays by the late Strachan Donnelley—founder and first president of the Center for Humans and Nature; and co-editor with Christopher J. Orr and Kaitlin Kish ofLiberty and the Ecological Crisis: Freedom on a Finite Planet.

He holds faculty appointments at the Vanderbilt University School of Medicine, Center for Biomedical Ethics and Society and the Yale University School of Public Health. He also serves as a Senior Advisor and Fellow at the Hastings Center, where he worked for 26 years, and served as Executive Director from 1991–99.

In 2011 Jennings was named Editor-in-Chief in charge of preparing a new edition of the Encyclopedia of Bioethics, the standard reference work in his field. Completed and published in 2014, this 6 volume work is entitled Bioethics, 4th Edition and is published by Macmillan Reference USA.

He has done work in the area of educational and curriculum development and has co-developed three major curricula: “Decisions Near the End of Life” (Education Development Center, 1989-96); “New Choices, New Responsibilities: Ethical Issues in the Life Sciences” (The Hastings Center, 1990-1996) and “Ethics and Public Health: Model Curriculum” (Association of Schools of Public Health, 2003).

From 2003-2009 Jennings served first as member and subsequently as Chair of the Ethics Advisory Committee at the Centers for Disease Control and Prevention (CDC). He has been a member of the boards of directors of several scholarly and professional organizations, including the National Hospice and Palliative Care Organization (2000-2003) and the Hospice and Palliative Care Association of New York State (1997-2003).