Chasing Pigeons into a Wilder World 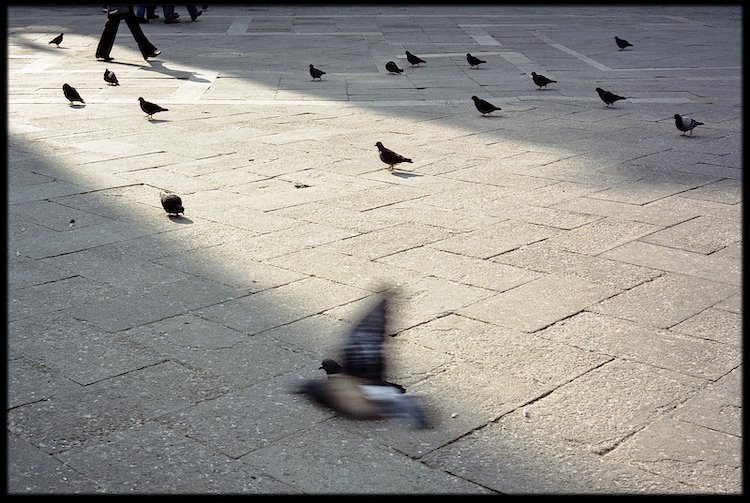 “Rat bird” my coworker spits out.

We are looking at a gray pigeon who is getting cozy on a little patch of window sill.

“Why ratbird?” I ask her. It is the first time I have heard the phrase.

She looks at me incredulously. “Because they are disgusting. I found a group of them eating vomit a while back.” She scowls, repeating herself for emphasis: “Disgusting creatures.” 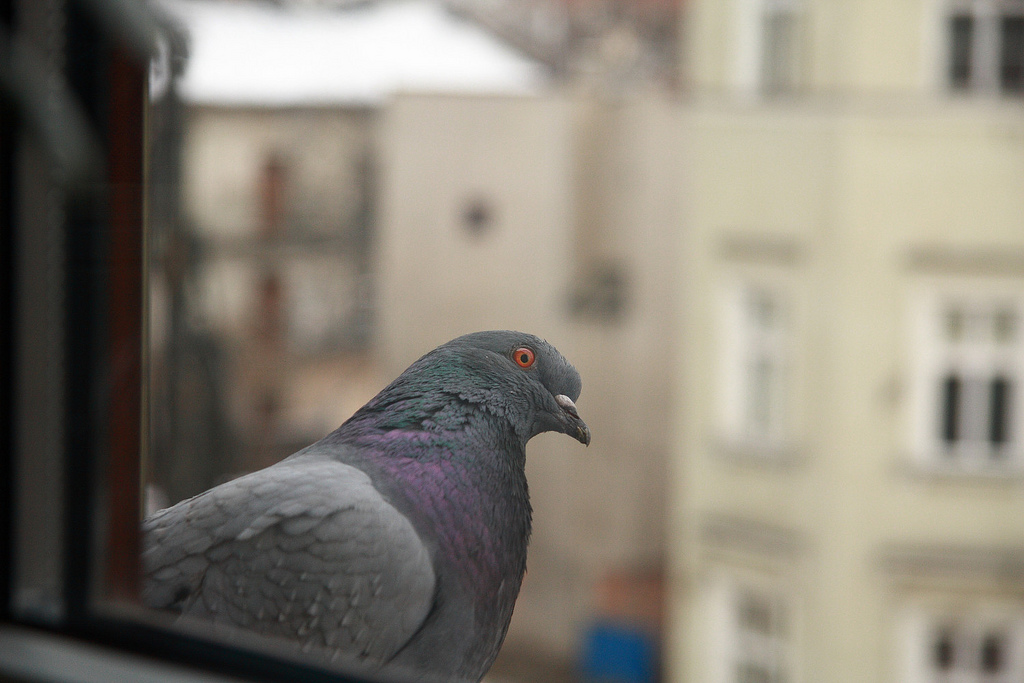 All I could think was, Hey, they were getting rid of the vomit.

Unlike some of my fellow Chicagoans, I have a spot for pigeons. There’s beauty to a bird with a rainbow patterned neck, who wears an astonishing necklace on a gray and white body. Pigeon milk, a nurturing substance that fulfills a role comparable to mammalian milk, is also pretty cool.  Pigeons are ubiquitous in Chicago; it would be weird not to see one on the streets. Much rarer is the person who sees them as valuable.

I can trace my soft spot for pigeons to a specific childhood experience with them. A favorite family story describes how I loved to chase the pigeons in Venice’s San Marco’s Square. As a wee child, I loved running around and watching the pigeons fly away, soaring to populate the architectural features around the square. The relationship wasn’t completely one-sided. True, I would chase them, but I would also feed them. I remember the flocks of birds coming to me and eating up birdseed my parents bought from local vendors. They knew their audience. 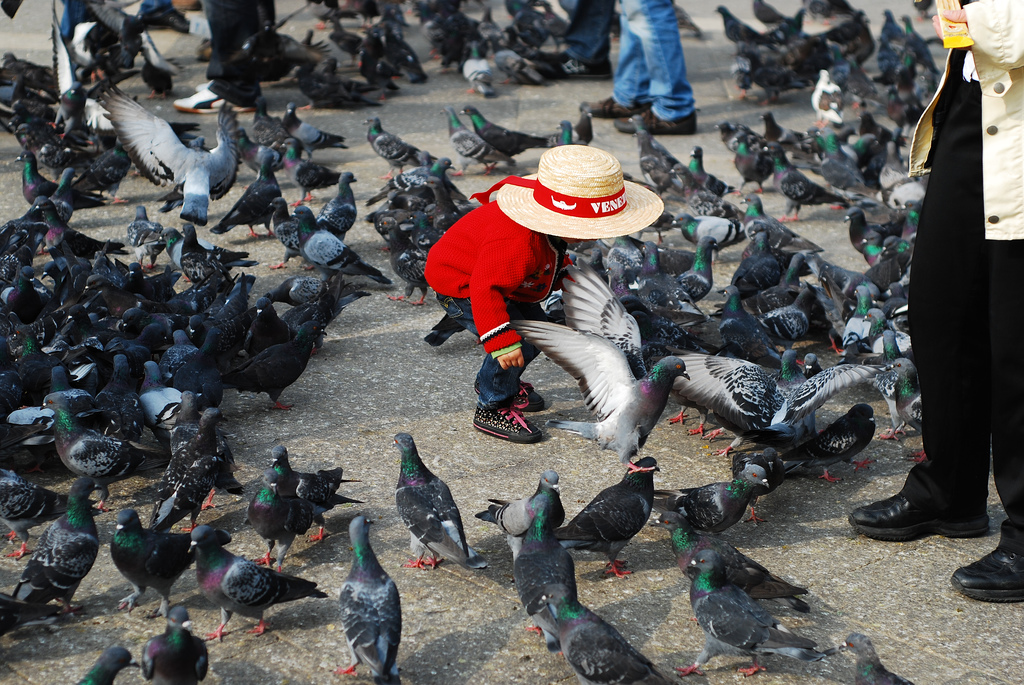 This early experience was my entry point into the world of wild animals. I grew up with a kindly sheepdog named Vasha, perfect for a child like myself. (She was ever kind to me even when I would try to eat her hair whilst riding her). But before my games of tag with San Marco’s pigeons, wild animals were those I read about in books: lions, and tigers, and bears (wait for it… oh my). Unlike storybook animals, pigeons brought the natural world directly to me. Through our relationship at San Marco’s, they were my first significant wild animal encounter. They were the perfect gateway animal; they were not likely to hurt me physically and had already become accustomed to the world of humans. (Thankfully, I set my sights on pigeons and not on swans or geese!) I developed an empathic relationship with them.

After pigeons, I became aware of the whole host of animals in our backyard: sparrows, robins, cardinals, and the many other birds common to Chicago. This interest developed into an interest in birdwatching, and the simple pleasures of watching these beautiful creatures interact in the world. Then came squirrels, chipmunks, deer, and even trash-loving racoons. And beyond.

We are only beginning to understand the impact that the natural world has on childhood development. There are plenty of studies showing the impact of companion animals on children but few on the impact of wild animals. (Of course, the notion of what a child perceives as wild is debatable and highly dependent on context.)

My early encounters with the natural world helped to expand my own vision of what was possible in the world around me both as a person and as a city dweller. Edward O. Wilson explains the fruits of my budding interests best in his seminal work, Biophilia (1984): “To the degree that we come to understand other organisms, we will place a greater value on them, and ourselves.”[1] My initial relationship with pigeons made me more aware of them, marking the beginning of my expansion of care—for them and the world outside my door. I became interested in bird watching, devouring bird books of North America; we even set up a bird feeder in our backyard so I could more easily observe the local birds. It’s a practice I’ve returned to as an adult, recently feeding the birds on my back porch in the winter months. 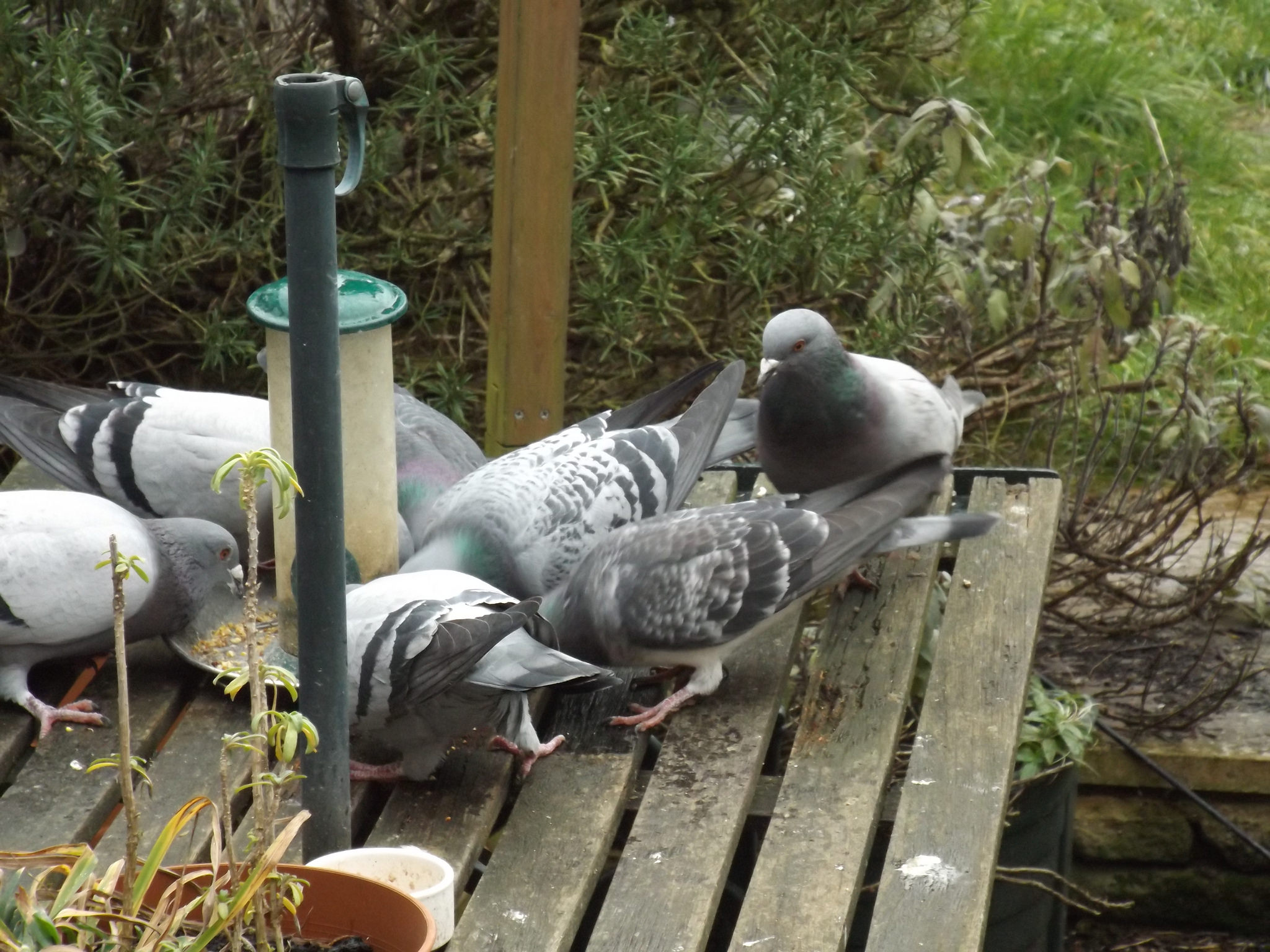 There’s still work to be done figuring out the impact of wildlife encounters on children’s development. In Gail Melson’s chapter “Children and Wild Animals,” in which she reviews the existing literature and theories of development, she concludes that further studies need to be undertaken and draws several conclusions to guide future work. Notably, she writes:

There is accumulating evidence that engagement with animals, wild and non-wild, is linked to perceptual, cognitive, self, social, emotional, and moral development. Animals, wild and non-wild, focus attention, aid perceptual discrimination, foster accommodation (in Piagetian terms, the acquisition of new conceptual categories), reflect and refract the self, act as social others, and prompt moral reasoning about other species and one’s place in the universe. Children’s place is in the wild, and the wild is in children.[2]

I think Melson is spot on with her assessment, which certainly resonates with my own experiences. I learned how to negotiate a relationship with an animal despite not sharing a common language, how to be kind and gentle to this wild-winged creature, and how to be mindful of where humans, especially citydwellers, relate to the larger natural world.  We too are animals and live amongst the sparrows, trees, and insects even if we often feel the pressure of steel and concrete edifices in our cities.

I think there’s no question that early exposure to animals, domesticated and wild, helped foster my lifelong love and concern for animals. I continue to get excited by opportunities to be around animals, whether it’s a raccoon wandering around with a bag of garbage in his mouth or grackles that congregate on my porch. And yes, while I definitely have outgrown the desire to chase pigeons, I still love to observe them, all dolled up in their rainbow feathers, as they coo in our urban forest.

Maybe someday I’ll even get to see some pigeon milk. 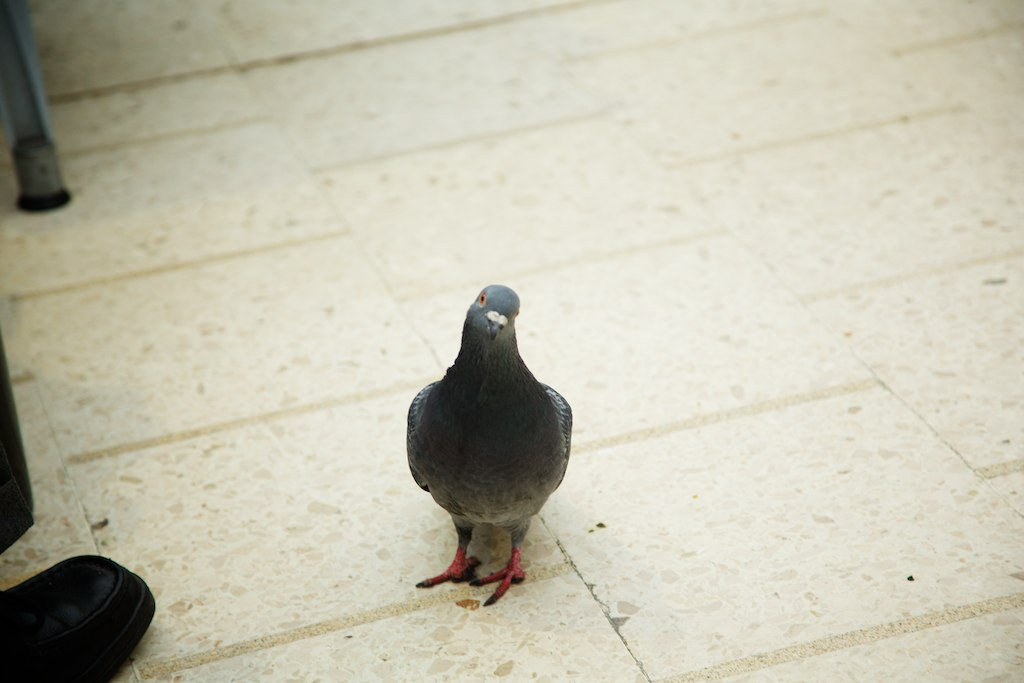