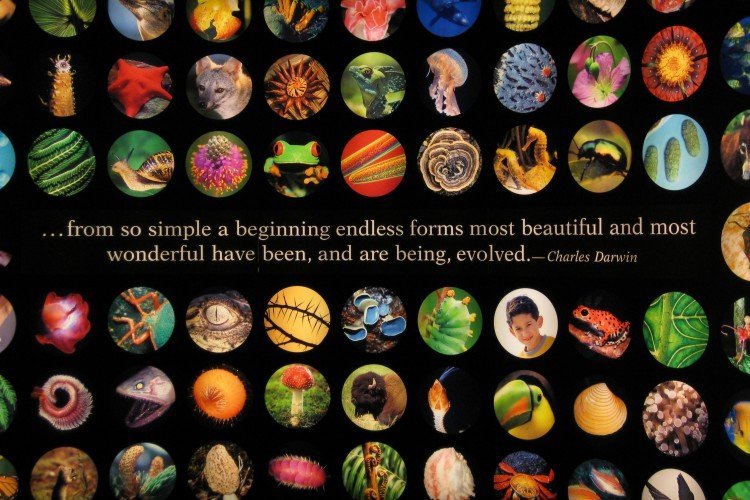 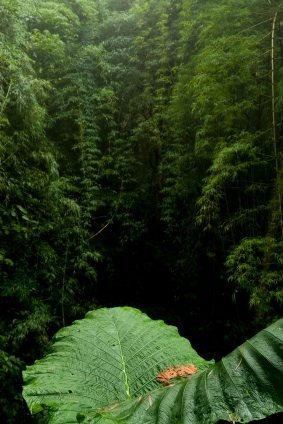 Within a year or so of starting my training as a zoologist in Dublin in 1980, an American entomologist working in the canopy of tropical trees in Panama had revolutionized a central aspect of the discipline. Terry Erwin, a curator at the Smithsonian and a beetle expert, revised the accepted answer to a longstanding question in biology: How many species are there on the Earth? Erwin made a now classic series of observations. He released insecticidal fog into the crown of a medium-sized seasonal forest evergreen tree and collected the beetles as they rained down from above. Based upon these samples, Erwin calculated that just one hectare of seasonal forest in Panama may harbor in excess of 41,000 species of arthropod alone. Extrapolating further, based on known relative richness of different taxonomic orders, Erwin concluded there could be as many as 30 million species of tropical arthropods. Thus, a young naturalist starting out her career in 1980 was initially instructed that there was about 1.5 million species, but soon discovered that there was an order of magnitude more. For those who planned to work, as I did, on questions of biological diversity, the task had just become more daunting.

More than thirty years later, the richness of species on earth remains imprecisely known. Several authors now consider Erwin’s estimate to be an inflation of the numbers. The current consensus number remains, however, more than 5 million species. Much of Earth’s diversity is found in the tropical zone, especially in a number of “hot spots” (with especially high numbers of native species), and as one progresses into the temperate zone the diversity of most organismal groups declines. Indeed, the diminution of diversity as one proceeds from the tropics to the poles—the so-called latitudinal gradient in diversity—is such a truism in ecology that my botany professor, James White of University College, Dublin, announced to us back in those early days that life is primarily a low-latitude phenomenon. If one wanted to study ecological patterns, he said, one must go to where the game is being played. Though latitudinal diversity patterns have persistently intrigued ecologists, the mechanisms driving the patterns remain elusive. Has it something to do with the climate, regional biogeographic history, the solar energy “footprint” (tropical habitats have a higher density of solar energy per unit area), and/or habitat size? Sure, sure it has. But what combination of factors is most important for each taxonomic group, we just do not know.

As a consequence of Dr White’s proclamations in University College, Dublin, I packed off to the Neotropical forests of Costa Rica and Puerto Rico as soon as I completed my PhD. My question then was: What are the implications of a diversity gradient in soil organisms from the tropics to the temperate zone for the breakdown of leaf material? A trifle esoteric to be sure, but what was at stake, more generally, was the connection between the diversity of organisms and the ecosystem processes to which they contributed. Do we, in other words, rely on the diversity of organisms to maintain an appropriate provisioning of ecological services? The answer: maybe! Certainly decomposition occurs faster in the tropics, and goes fastest where the diversity of soil arthropods peaks. However, it is also apparent that there is plenty of redundancy in the system. Most soil mites, for instance, perform a similar function. They are substitutable in many cases.

In the years since my tropical adventures, I have taken an interest in the ecology of cities in the temperate world. The similarities between tropical forest and temperate zone cities are, at first glance, few. Both, however, are associated with ecological patterns that are incompletely investigated. The attention devoted to tropical forests by natural historians and later, when the discipline existed, by ecologists, is notable. Naturalists Charles Darwin, Alfred Russel Wallace, Henry Walter Bates, Alexander von Humboldt, and others set out from temperate cities to explore tropical environments, leaving the ecology of those cities uninspected.

There certainly have been some naturalists that have deployed methods usually reserved for more exotic places to investigate some major urban centers. For instance, as early as 1904 the Irish botanist Nathaniel Coglan included comments on city plants in his Flora of the County Dublin, and Robert Lloyd Praeger, an intellectual hero of mine, included extensive comments on animals and plants of Dublin city in his famous volume The Way That I Went (1937). Though other naturalists provided us with species lists for selected taxa for major European and US cities, by and large urban biotas remained grievously understudied until recent decades. 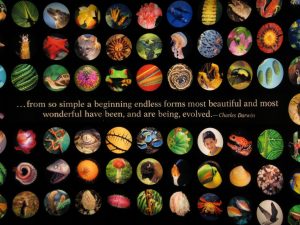 To date therefore there have been very few attempts to assess the diversity of entire cities. Over the past few months, I have been collaborating with colleagues at the Stockholm Resilience Center on a global assessment of urban biodiversity. As part of the volume, the editors invited contributors from cities around the world (Bangalore, Cape Town, Chicago, Istanbul, Melbourne, New York, Rio, Shanghai, and Stockholm) to assess the status and threats to biodiversity in each of these cities. I led a team of Chicago-area researchers in completing our overview. The editors requested that each team provide an estimate of the number of species in their city. Recognizing that urban biodiversity studies is a newer ecological subdiscipline, I anticipated that it would not be a simple task.

Nonetheless, Chicago is, from some perspectives, the birthplace of ecology. For instance, the first formal model of ecological succession was first proposed for the Indiana Dunes by Henry Chandler Cowles from the University of Chicago as early as 1899! Victor Shelford’s work at Volo Bog outside the city helped preserve that bog as Nature Preserve. Therefore, one might anticipate that the plants and animals of the Chicago region would be approximately known. And this is certainly the case for some important groups: vascular plants, butterflies, macrofungi, and birds. Even for these groups, though, there are uncertainties. How much time should elapse before an unobserved rarity is dropped from an inventory? Many other groups of organisms—including most arthropods—are simply under-inspected in the region. I provide a status summary of species of the Chicago region below.

Some unknowns are unknown because they are unknowable, some because they are intractable, and some because we simply don’t care to know. The total number of species on Earth may be unknowable, though we can come up with some approximations. The factors regulating global diversity patterns are intractable, but understanding the pattern remains a “holy grail” of ecology. The number of species in urban centers has been, historically at least, something that naturalists simply did not care to address.

I am now persuaded that we need to know, with a greater degree of thoroughness, the number of species in the Chicago region. Naturalists need to reverse directions and head back towards the cities that, historically, they’ve deserted during collection season.

There are a number of reasons why knowing the number of species in cities is important but I will only mention three. Firstly, without a baseline against which we can measure, we cannot know how future developments (both environmentally positive and negative ones) influence regional biota. Arguably, we don’t need to study every last arthropod, protozoa, spider, tardigrade (waterbear), nematode, and so on, in order to monitor our progress. However, from the results of a range of studies in my lab, and in David Wise’s lab in University of Illinois, Chicago, it is becoming apparent that certain assumptions—for example, that a diverse plant community correlates with diverse arthropod communities—may not be robust.

Secondly, if we start to develop and monitor effective strategies for maintaining biodiversity in cities around the globe, this may be a compelling way of advocating for conservation elsewhere. Thus the work of Chicago Wilderness, a biodiversity alliance with over 260 institutional members, can increase the constituency for an environmental ethic elsewhere. It is hard to imagine that we will maintain a healthy constituency for conservation in an increasingly urbanized world if urban dwellers disincline from nature at home.

I do not expect that questions concerning urban biodiversity will become a “new frontier” in ecology. But I do expect some surprises. This is a third reason for us to start a grand initiative for inventorying the diversity of organisms in Chicago and other major cities. Understanding the ways in which diversity may be enhanced rather than flattened in cities, which are currently epicenters of human impact, will arguably enrich us. 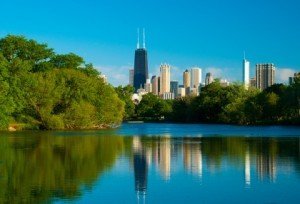 There are already surprises emerging. Recently, when I compared data that we had collected on trees in Chicago’s Lincoln Park with tree diversity in woodlands in the Forest Preserves, I found that the patterns of diversity were very similar. In the “intentional forest,” that is, the urban forest where humans rather than other ecological forces shaped the community of trees, the number of tree species was greater than in the forest preserves. Furthermore, the two forests have similar patterns of abundance. Common trees and rarities are found in similar proportions. Our urban forests (which are not without their stresses, of course) are diverse and even without our planning it, mimic more natural communities. What are the implications of this for other species using the canopy? We have no idea!  Earlier this week Amanda Henderson, my student who works on the diversity of urban mites, found a mite belonging to the genus Galumna in a small pinch of parkway soil. As far as I know, it has never been recorded from an urban environment, but one suspects that it has been there all along.

I conclude this brief advocacy on behalf of more investment in urban natural history by sharing the table that emerged from assessing the status of species diversity in Chicago. Since there is little published on the topic, we compiled it by discussing it with a large number of colleagues. I report their names below. 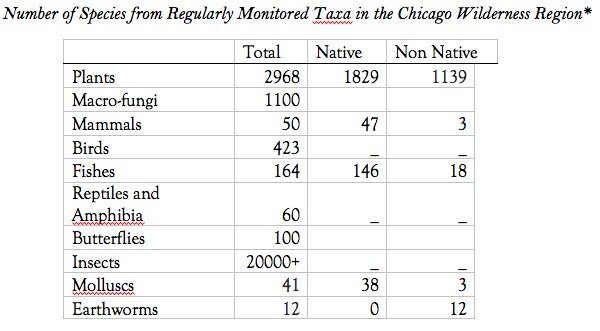 Fungi: Personal communication, Greg Mueller (Chicago Botanic Garden) (2013). Dr Mueller suggested that there are at least 20,000 fungus species in the region (in addition, that is, to the 1,100 macro-fungi above.

Insects: The number of species here is an approximation made by the Illinois Department of Natural Resources. Since Chicago has a high concentration of natural area remnants relative to the state of Illinois, there is a probability that it will have many of the state’s species. However, the number is possibly a low approximation of that total species tally, as many of the insect groups are poorly known. See: http://www.dnr.state.il.us/publications/pdf/00000679.pdf.

*In many cases the data for the Chicago area is defined as the 22 counties that surround Chicago, including 11 in Illinois, 7 in Indiana, 3 in Wisconsin, and 1 in Michigan.