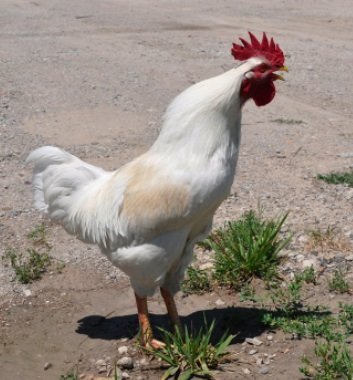 Years ago, I incubated twenty-one eggs as a part of an art installation for my graduate degree at the University of Illinois, Chicago. I raised the nine resulting chicks in a basement room of a city house. Four of them were taken away by an adoptive family before I could discern them by sex (three out of these four turned out to be roosters). 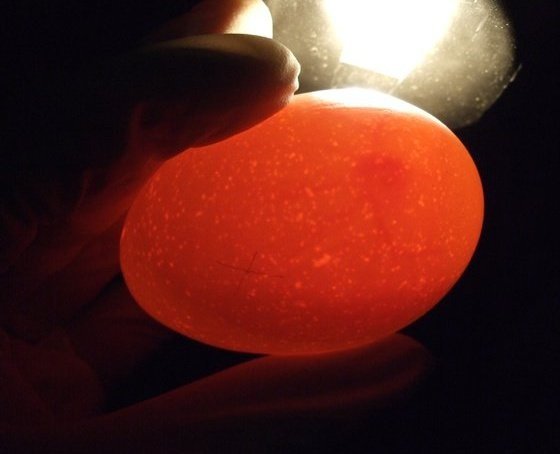 one of twelve embryos, out of 21 total incubated eggs 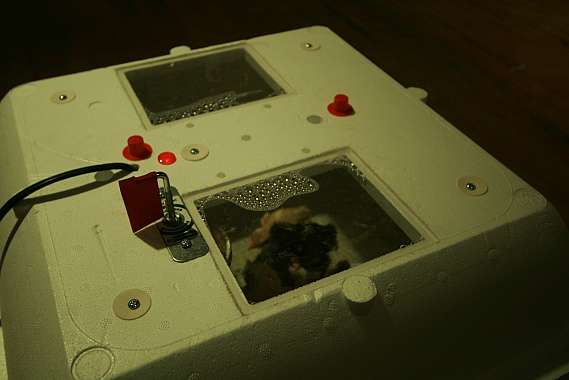 11 hatching chickens — 2 died by day three; 5 out of remaining 9 were roosters

Of the five resulting kept and cooped, I had three hens and two cockerels. Franklin Delano Roosevelt and Holofernes were the names given to the two most aggressive members of the small flock. As soon as the two boys hit adolescence, they began to crow in the dark, at the slightest leakage of morning light. Roosters have an internal sense of horizon. The sun traces a path along the landscape and the roosters—even the ones who never experience an open stretch of land—are wholly occupied with the coming light. They make the dawn call and the sound stretches, reverberating through a city where tall buildings amplify the sounds of domestic fights, domestic flights, emergency vehicles, construction work, and so on. A rooster call, out of place in this brick and concrete network, is typically an unfamiliar phenomenon. Households expect to be woken by an ambulance passing, the neighbor’s stubborn attempt to start his resistant, muffler-less motorcycle, a jackhammer working a half-mile away—those were my experiences, before I added relentless crowing to the cacophony. In the soundbox of roads and buildings, there are far more regulations and hard-edged grids than native wildlife and living “food.” Today, I live inside of an apartment building, one without chickens—perpendicular to paved streets, couched within taller, perpendicularly oriented buildings that extend on and on. My bare feet rarely touch bare earth. The sun comes and stretches itself through the blinds and I can watch the angles change as the hours pass. My cat often finds a beam and warms her fur in the illuminated dust angle. Together we watch the sparrows at the small window-feeder, wishing to get closer. The house sparrow, the pigeon, and the chicken all possess unique knowledge of open air and gravity—their hollow bones evolved so they could more easily gain altitude and perspective. Heavy birds like roosters project sound in place of flight; their voices are warnings: warding off predators, informing the hens of a coming threat, or simply being, for the entire flock, a voice that carries. The Chicago lake ice, which stretches out over a vast expanse in winter, forms a line a goose can traverse firmly. Most chickens traverse very different ground. Roosters, perhaps at the utmost bottom of the class system of owned farm animals, are hatched and culled and thrown in piles, often as soon as they are recognized as male. I want a long, dignified life for chickens, especially for those in my care, but the aggression and the constant crowing of the two roosters was relentless—I found myself in a state of constant worry, aggravated by an alarm out of my control. As they first found their voices, they crowed as if in combat: first one, then the other, and then the first again, every few minutes. The sparring performance would sometimes continue uninterrupted for hours. In no time, they had completely conquered the yard—digging up the tulips and pinning the hens, until the girls developed bare patches from the determined beaks pulling at their necks. They’d struggle; I’d watch and sweat. In spite of substantial efforts, I was not able to find them both homes. Franklin, the tamer of the two, caught a break.  I was able to place him in a home in rural Kansas (a region friendlier to the sound of a rooster’s crow). Before his relocation, Franklin bestowed on me a beak-shaped wound, situated between my thumb and pointer finger: a badge of honor for my care. Keeping him calm was work; I didn’t always go away unscathed. A rooster can be tamed but it takes a game of dominance. His respect must be demanded: I would pet his back and then push down on him until he crouched in submission. I’d pick him up gently, pet his ear tufts, his eyes, and his tall flexible comb until a slow blink indicated a quiet calm. Steadily, I made my place, through strategic feeding, petting, and alpha displays, at the top of the pecking order. I knew, because in the morning the hens would crouch for me to “mate.” I would ruffle their hind feathers lightly until they ruffled everything in a satisfied expression. 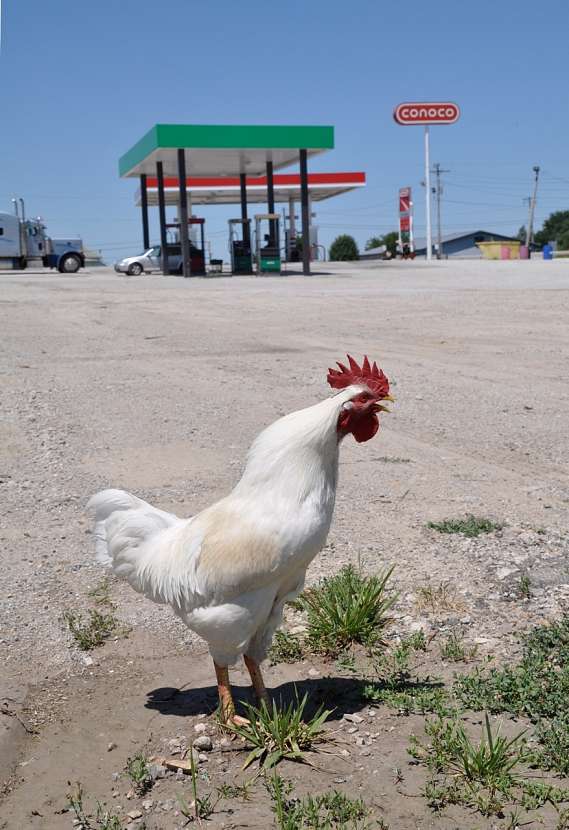 Franklin Delano Roosevelt, stretching his vocals at the gas station, on route a new home in Kansas

A rooster can’t always be so lucky as Franklin. For the vast majority, when puberty hits, it’s the knife. When I first hatched the birds, I knew that hatching roosters was just as likely as hatching hens and that this reality would create a conflict (when one buys baby chicks at the feed store, the boys have already been “culled” away). I also knew I would try to give the cockerels as much of a life as was possible. Like most city dwellers, I am not a practiced butcher. Holofernes was my first and only: a rational decision, though it haunts me. I butchered him inside of the same basement room in which he was initially raised—with a hatchet to separate his body from his head, just to be sure. Everything quivered until it stopped. In my brazen act (if common, even necessary), the calmness was what stuck with me: the calm feeling of him dying—this cocky, aggressive creature had seemed the embodiment of adrenaline. As his life left him, I could feel the heat slowly transferred into my palm skin. I could not feel the pain that he must have. But, I did finally know my own involvement. I was directly implicated, egg to chick, hand to blade, hatchet to neck. How exotic, how strange, considering the vast amount of meat that’s passed through my system—composing my very cells. I held the warm bird that I had hatched in the warm styrofoam incubator, the bird that I loved and fed from egg into adulthood. His feathered body remained warmer than my hands for longer than I expected. Whatever spirit he had, it sounded out quietly in my arms. I witnessed on his decapitated head that had fallen on the ground below me the final blink of his skin-covered eyes. His life-heat and movement distributed out into the air in complete silence. Holofernes’ body became well-loved cat food. Franklin’s scar slowly faded until it finally disappeared completely from my hand. Today, I use fine rooster tail-feathers to amuse my once feral, now domestic kitten. I sometimes visit the still-living hens I hatched. When they see me, I find myself stirred by the intimate familiarity with which they still treat me. I feel the burden of it. Every single time, they run to me, turn around, and crouch.