Coming of Age in the City 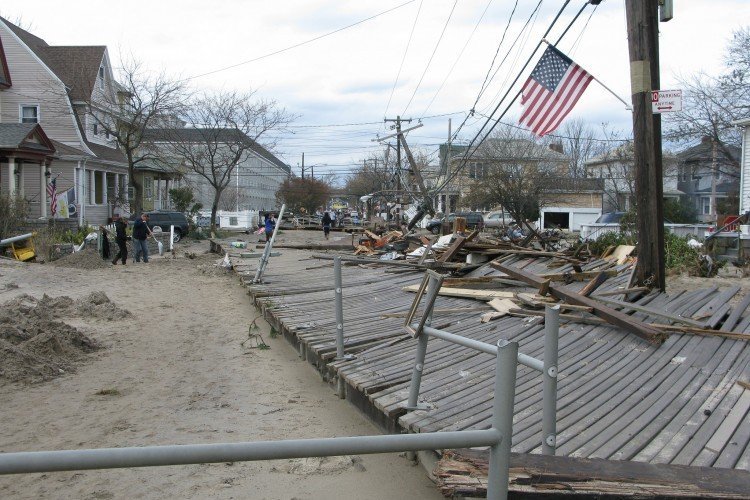 Chunks of boardwalk chewed up by Superstorm Sandy still littered the streets in New York’s Rockaways when grad student Ben Goldfarb arrived to volunteer. An idealist with a strong back, Goldfarb knew even as he grabbed a shovel that the clean up would feel “both fulfilling and futile.” Trash and sand by the dump truck load could be excavated from these flooded basements, but, as he later wrote, “Sandy represents not an isolated disaster, but an early salvo in climate change’s assault on our coastlines.” 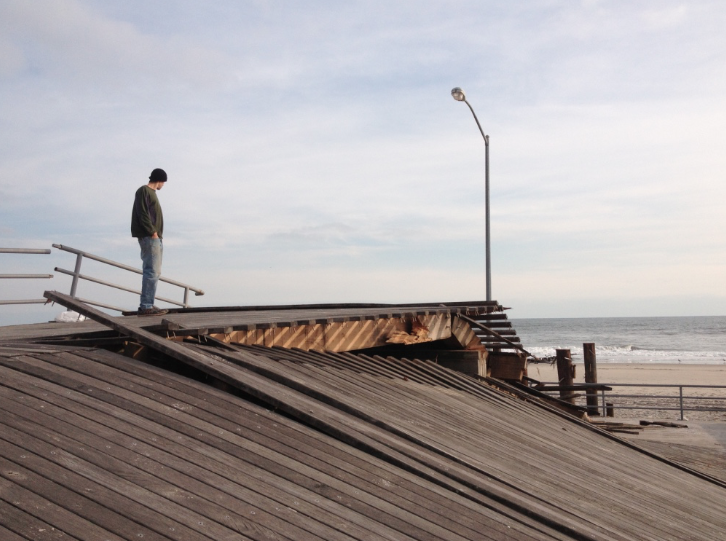 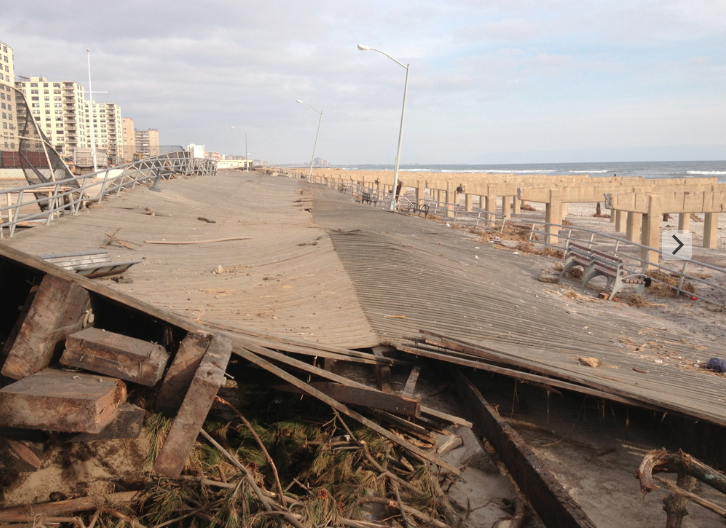 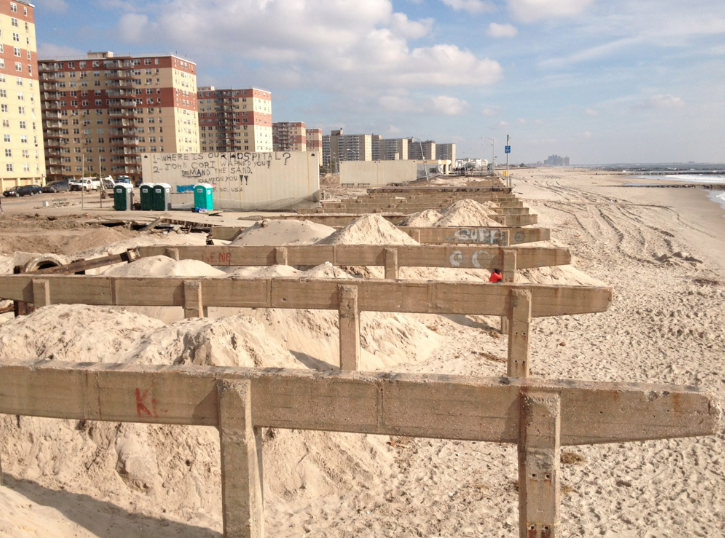 Millennials like Goldfarb have grown up amidst unprecedented environmental assaults, from heat-fueled autumn hurricanes to forest-devouring invasive insects and withering biodiversity worldwide. Small children or yet unborn in 1989 when Bill McKibben published The End of Nature, today’s young adults are forced by happenstance to ask, again and again, how to survive, mourn, celebrate, and help revive the damaged but precious Earth they have inherited. Goldfarb’s essay, “Rebuild or Retreat: Is it Time to Give Up on Places Like the Rockaways?” joins twenty-one others, all written by searching young writers in a new anthology, Coming of Age at the End of Nature: A Generation Faces Living on a Changed Planet. Their powerful pieces serve for co-editor Susan A. Cohen and me as exemplars of a new kind of environmental writing, timely work that explores how humans respond when fundamental ecological and cultural relationships—connections that shape our homes, our characters, and our societies—begin to shift, or shatter. 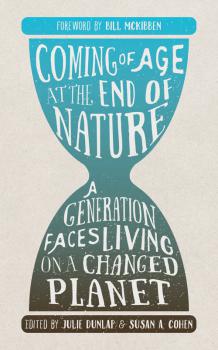 Three decades ago, when McKibben was in his twenties, NASA calculations first warned of melting tundra and equally dire urban consequences of climate change. Yet early models varied widely, yielding disbelief, uncertainty, and confusion. “Uncertainty itself is the first cataclysm,” says McKibben, “and perhaps the most profound one.”

By 2016, events like Superstorm Sandy and last summer’s wildfires have clarified that global warming is upon us. Our doubts themselves have shifted, to focus more on how to respond than on what changes to expect. Perhaps, having weathered multiple crises in their formative years, Millennials are more prepared than previous generations to comprehend our changing planet. McKibben thinks so, as expressed in his forward to Coming of Age. Parts of his own book now seem “jejune” to McKibben, but these collected essays are “mature, reflective, deep, and lovely.” The insight and commitment, but also the sheer moxie, of these young writers hearten and rekindle the elder activist. Most important, he says, “It makes me hopeful.” And me as well.

Some pieces at first resemble traditional nature writing. CJ Goulding shoulders a pack and climbs in the North Cascades, savoring an escape from the city as much as the view from above the trees. But his feet are clad in Air Jordans, trendy high tops that connect him with another life as an inner city African American teen and with the urban kids he hopes to lead up other mountains. Lauren McCrady heads for Utah’s red rock wilderness and stares down a coyote in a lonely canyon. Yet she also loves the tourist towns, complete with crowds and tacky souvenirs, and struggles to reconcile conflicting values. “I’ve been searching for something out in the desert,” she admits, “but hope I never find it so I can keep looking.”

Other contributors look directly at urban living in the Anthropocene. Cameron Conaway trades a Virginia town for Bangkok and learns about life in the overpopulated, overheated future. There he is startled by the depths of his disconnections (“What is it to be in touch with thousands on Twitter but not with those whose breath we can feel?”) and begins to craft new ones. William Thomas finds a fresh definition of wildness in Baltimore, where he scavenges through abandoned warehouses for wood, bricks, glass and other reusable materials. At a time of resource scarcity, Thomas argues, we must rethink old definitions of private property and gather treasures where we find them.

An unpaid arts intern, Amaris Ketcham, must also get to know her city intimately. Where are the food banks? The Dumpsters with day-old bagels? The abandoned lots, with apples, dandelions, and blackberries, free for picking? Your heart can be in the right place, she reminds readers, but that doesn’t curb your hunger.

Cities as far away as Doha, Qatar, draw activist Bonnie Frye Hemphill, for rallies, protests, and conferences that reject fossil fuel dependency as the path forward. She asserts that only through collective action can we achieve change on a scale to match the gravity of the situation. It will take shared commitments, from lobbying congress to organizing carpools, to avoid the worst climate scenarios and begin the healing process. And she asks perhaps the most pointed question in Coming of Age at the End of Nature: “Will you join?”

Hemphill’s actions, and those of other contributors, belie the notion that decades of under-response to environmental crises means all is lost, that the coming generation will stand by playing Pokémon Go while the planet burns. Though these essays reveal inevitable anger, fears, and, sometimes, bitterness over the mess their forebears created, the works are fundamentally optimistic. Perhaps growing up immersed in climate-forced shifts and losses has prepared Millennials better than previous generations, opened them to altering their habits, rejecting outmoded values, and welcoming new ways of living. Just as Ben Goldfarb stepped up to rescue flower bulbs from a drowned Rockaways garden, this rising generation is ready to get to work. Young but far from naïve, they will shovel, hike, trash-pick, agitate, and write their way and ours to a livable, if not fully natural, Earth.