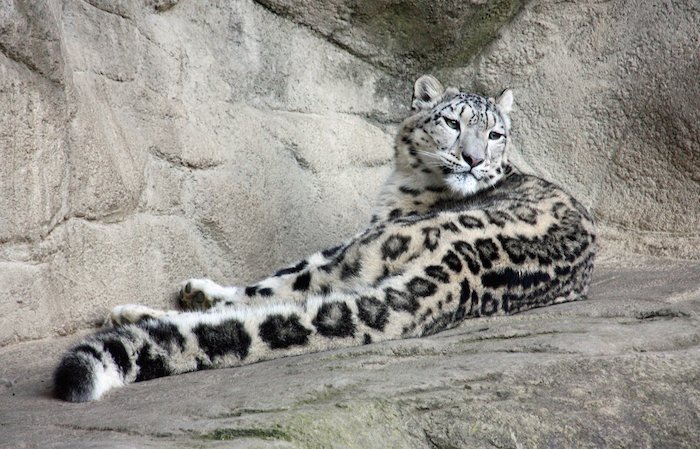 The dream of reviving species takes us back to a time before the shadow of loss darkened our sunny ideas of progress and productivity. Shimmering in the half-light of implication, beneath the surface of our full awareness, the promise of de-extinction seduces us into believing technology will remedy the problems we’ve created.

Though unlikely any of us will ever see an actual Woolly Mammoth, it is possible we could see an elephant that resembles a Woolly Mammoth. Synthetic biologist George Church says he would be happy with that. Critics say resources would better serve efforts to save today’s dwindling biodiversity. Beth Shapiro, author of How to Clone a Mammoth, believes working toward de-extinction will improve techniques that might save endangered animals. The European Union’s ethics group and the Humane Society officially oppose the use of animals as donors and surrogates essential for cloning, but the EU group makes an exception: “Cloning will be allowed for purposes such as research, conservation of rare breeds and endangered species . . . where the technique can be justified.”[1] Is cloning a mammoth justified research?

All things considered, de-extinction makes many of us uneasy. Its prime-time appeal is a distraction from mistakes of the past, errors realized afterward and fully grasped only through reflection on their lingering consequences. I wonder about our denial, about our grasp of history. Are we likely to make the same mistakes again? But de-extinctionists are impatient with looking back, tired of melancholy. They face forward.

Jungian analyst Marie-Louise von Franz warned that without a developed feeling function the intellect would lead humanity into darkness. Feeling here does not refer to emotionality. Rather it is the integration of thought and emotion through a process that yields what Cherokee people called heart-thought.

As the accumulated wisdom of culture, not the individual alone, heart-thought is informed by consequences and the ways of the earth-nest we evolved within. It soothes the loneliness of the intellect by including empathy. As a leaf settles to float on a stream or dusk gathers in the arms of trees, it takes earth-time. In the made world of increasing speed and complexity, how will we find what is right and good without reflection?

Our hearts awaken to the value of life in the context of mortality. We value life because it is perishing—as the day ends, as the blossom falls. With its focus on bringing back the dead, de-extinction de-values life and misses the wisdom that comes with pausing to inhabit the heart.

Conservation biologist David Barish asserted there was a bison-prairie unit, that without the prairie there was no bison.[2] Ron Sandler makes the same point when he says, “What is valuable about Polar Bears is their distinctive form of life . . . . when they are roaming the Arctic, not when they are in managed enclosures . . . .” What would the Woolly Mammoth be without the entire, interconnected world of the Pleistocene? And if we could revive and restore a herd of mammoths to a Siberian park, how long would it be before we issued hunting licenses, as several states now issue to hunt gray wolves—slaughtered, reintroduced, now slaughtered again.

In a zoo in Darjeeling I once watched a Snow Leopard snooze in its small cage. Trekking in Bhutan the week after, the hair on the back of my neck rose when I heard the cry of a leopard one evening. A year later I saw the first footage of a Snow Leopard filmed in the wild as it stalked a goat. Moving down a steep slope in deep and blowing snow, eyes fixed on the unwary goat, the leopard inadvertently dislodged a stone, which rolled ahead of her. Clearly aware the rock would alert her prey, without slowing or taking her eyes from the goat, the leopard extended a paw, caught the rock, and patted it back into the snow. Instinctive, agile, graceful: this act revealed a stunning wit. Robbed of that snowy hill and the goat below, the leopard would not be the same animal. 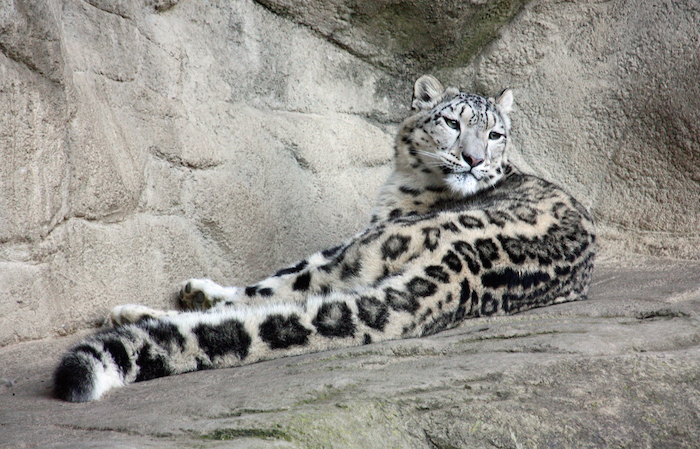 The future’s coming like a red-ball train, and baby, it’s drifting into our lane./Drunk on denial and fear and greed/it’s running on oil, and it’s gaining speed.[3] Technology rushes toward us, exploding exponentially. Have we really imagined the world that’s coming like that runaway train—a world inhabited by edited clones and chimeras, a brave new world where for sentimental reasons we keep imitations of what was? And who will we be, in control of the remnants? If animals are their behavior, will we still be human in climate-controlled buildings, ear-budded, eyes on screens, tracked by our cell phones (as surely as radio-collared animals)?

As we claim bits and pieces of nature’s domain, what are we doing with what we know? Whether we bring back the dead from another epoch, clone a beloved pet for hundreds of thousands of dollars, or tweek a BRCA gene, we must remember we cannot predict the creative response of nature, which is why powerful discoveries call for restraint to give values time to catch up. Which is why we hesitate to geoengineer the climate, because no one knows what would really happen. And which is why geneticists working with the CRISPR-Cas9 system recently called for a worldwide moratorium on editing the human genome. CRISPR-Cas9 is the same process used in the de-extinction project headed by George Church at Harvard.[4]

I crouch under an overhang of green, the pool dimpled with weightless water-skates, everything moving in a broidery of light on stones and water raddled with reflections, a world endlessly receiving itself in the conversation of place—leaf and breeze, catkin and alder cone, twig and stream violet. The doe’s track is splayed, the fawn’s is small and delicate, trailing into the woods.

What do we value, I wonder? What does the heart say?