Altering Nature to Preserve It

Perhaps the biggest challenge in talking about something like de-extinction is simply being clear on what it is you’re really talking about. Emerging technologies can be surrounded with so much hoopla that one can lose sight of what the technologies actually accomplish.

Somebody recently expressed exactly this caution to me about de-extinction: “That is not even a thing yet,” she declared. It is just a vision so far, and we can’t yet talk about it seriously. Worse, by trying to talk about it seriously we suggest that it is indeed “a thing,” and we are off the rails right from the start. Just by talking about de-extinction, we may unintentionally give it a kind of support.

She had a point. On the other hand, once an emerging technology is well-developed to the point where it is “a thing,” then it may also be a fait accompli, and then we have probably waited too long to start talking about it. The trick is to try to have the conversations early, before the “thing” has fully taken shape, while remaining clear about the uncertainties surrounding its development.

Another consideration regarding the possibility of de-extinction is more conceptual. People sometimes talk about de-extinction as “bringing back” or “resurrecting” lost animals, but that idea isn’t quite right. Species don’t exist in a Hades-like netherworld, waiting to be walked back into the light by a demigod scientist. What we’d really be doing in de-extinction is constructing a copy or a close cousin of a lost species. Perhaps we could plausibly say we were reconstructing or reconstituting that species but certainly not “bringing it back to life.”

Yet other considerations arise at the end of the genetic work. Supposing we overcame the technical problems in reconstructing a lost animal, what, realistically, would be the outcome? Would we really have reconstituted a species if we only created an individual or two? Could we say we had reconstituted the species if the animals we created lived in a zoo or a game preserve? Life in an admittedly very interesting zoo might well be the best we could do for that species, but I’m not even sure such a scenario quite counts as “de-extinction.” That result seems more like an animated museum display than a reconstruction of the lost world.

To me, considerations like this mean that the term “de-extinction” is usually something of a misnomer. “De-extinction” would at least be a narrower, more limited reality than some proponents (those who are less cautious than Harry Greene) envision.

A second issue is that, if we should be clear on the limits of “de-extinction,” so, too, should we be clear on the plausible promise. Constructing an array of individuals that look and behave basically like the lost species, constitute a diverse enough population to avoid a genetic bottleneck, have a suitable environment, and can carry on in this environment with sufficient independence that they are not just zoo inhabitants looks to be awfully hard, but I’m willing to believe that it might be accomplished in a few cases. Maybe, too, de-extinction technologies will prove to be useful aids to more conventional species recovery efforts: perhaps the genetic diversity of the Black-footed Ferret population could be enriched somewhat by producing new animals with the genomes of dead specimens, making the Black-footed Ferret likelier to survive in the long run. 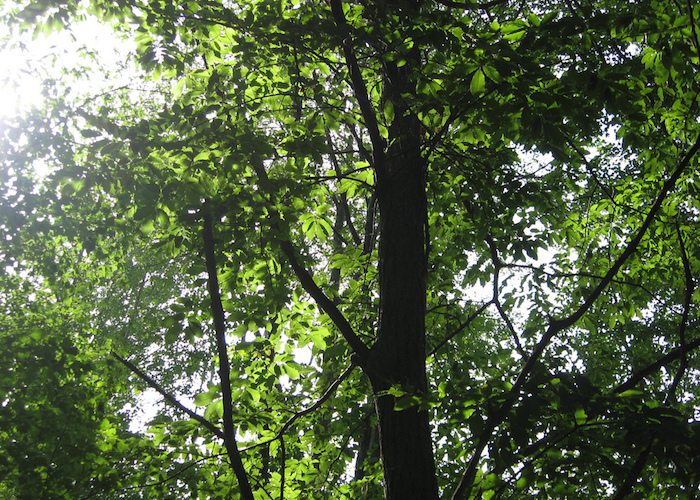 There are also other genetic interventions akin to “de-extinction” but probably technically simpler and possibly more significant. For example, research suggests that a small genetic change to the American Chestnut could create a tree resistant to chestnut blight but otherwise identical to the trees that once dominated Appalachian forests. There is a major effort under way to introduce blight resistance into American Chestnuts by crossing them with Asian Chestnuts, creating a hybrid. However, a more direct genetic intervention might well protect the original American species more effectively, not only increasing blight resistance but also better approximating the original tree.

Another significant, though technically fairly simple, development is the discovery of “gene drives”—little genetic cassettes that include whatever genetic change one wants to make to an organism, plus a gene-editing tool to propagate that change. The cassette can be inserted into the correct spot on one of the organism’s chromosomes, and thanks to the little gene-editing tool, the cassette will get copied to the corresponding location on the organism’s other copy of that chromosome (there being one set of chromosomes from each of the organism’s parents). The organism now has two copies of the gene and will therefore pass one copy along to each of its offspring. In the offspring, the gene-editing tool kicks in again and copies the cassette onto both chromosomes, assuring that all of the offspring’s offspring get the gene. This process continues until the gene is “driven” through the whole population. Gene drives could be used to benefit people—to prevent mosquitos from spreading malaria, or to prevent crop pests from developing resistance to pesticides—but they might also be used to protect endangered species. For example, a gene drive could be developed that would drive the Hemlock Woolly Adelgid locally extinct in the Eastern United States to preserve the Eastern Hemlock.

In short, the gene editing tools proposed for de-extinction are part of a larger, still emerging array of tools. The eventual impact is not just the construction of a few individuals of extinct species but the preservation, through human intervention, of extant populations and ecosystems. The decisions we must make are ultimately much bigger than that of recreating a Woolly Mammoth.

This leads to the third issue. Deciding whether and how to use these technologies requires more than just getting clear on what the “thing” is; it requires thinking more about our underlying moral commitments toward nature. Although Temple is right that science can clarify some issues, the fundamental questions are the mushy, emotional, value-laden ones at the heart of Minteer’s and Greene’s essays. What relationship toward nature do we consider ideal? What belongs to nature and what does not?

Good luck “getting clear” on these issues. They are shot through with ambiguities and tensions, almost to the point of paradox. My own sense is that there is, in these ambiguities and tensions, room to accept some uses of genetic interventions. If we deny that nature and humanity are on opposite sides of reality, if we admit that the ideas of nature and humanity are as interwoven as the physical reality of humans living on the landscape, then human interventions in nature do not by definition destroy nature. But we should understand what the “thing” is that we are doing—both its promise and its limits.