De-extinction in an Anthropogenic World

We live in the Anthropocene, an era characterized by widespread extinction and landscapes that are less habitable for most large mammals. Over 25 percent of terrestrial mammals are now in decline and 66 percent of top carnivores—creatures with profound ecological roles—are threatened with extinction. As habitat is fragmented and destroyed, wildlife across the world are left with both less and lower quality habitat and lack the resources necessary for survival. De-extinction is an option under consideration as the world undergoes this mass extinction event—the sixth such event in Earth’s history. However, if there is currently no room for the magnificent Bengal Tiger or African Elephant, why are we considering bringing back Woolly Mammoths?

Earth’s landscapes have undergone vast changes since the beginning of time; however, humans have left an unnaturally large ecological footprint over the last two hundred thousand years, especially since the industrial revolution of the eighteen hundreds. Humans, motivated by fear and competition for resources, were responsible for most of the eradication of the Pleistocene megafauna. Now we occupy almost every corner of this earth and have an impact, often direct, on every ecosystem on Earth. Given that human history reflects an ongoing struggle to coexist with top predators and share the landscape with large mammals, the idea of de-extinction seems irrational. It is ironic that humans are fascinated with recreating animals that they have spent a considerable amount of time killing off.

Despite the irrefutable significance of predators and large mammals to ecosystem function, we seem to want to be the only predators in place. We will allow species to co-exist with human communities only as long as they are not a danger to us or our livelihoods. If the animals are dangerous to humans, they are removed into safe zones, such as zoos or animal parks, where there is a boundary that keeps us separated from them.

For instance, many farmers and ranchers were (and are) against the reintroduction of wolves. Following the loss of legal protection from the endangered species list, wolves were killed by the thousands in the Midwest and in Eastern Washington. This gruesome elimination of wolves took place despite the fact that the number of wolves (especially in Washington) was so small that there were (and continue to be) grave concerns regarding the genetic robustness and survivability of these populations. A similar example is the Black Bear: due to shrinking habitat, bears are moving into human-dominated areas all over the country to find food. The Black Bear is becoming more comfortable and acclimated to human landscapes; bears have been photographed in backyards and trashcans on numerous occasions. Humans are responsible for the bears’s loss of food and habitat, but our response to bears entering human-inhabited areas has been less than understanding; more than 1,600 bears were killed in the state of New Jersey alone, over a four-year period.  Perhaps before we bring back species that we have driven to extinction, we should re-consider how we might co-exist with the species that currently share—and increasingly seek to share—human-dominated landscapes. Furthermore, we need to consider that large carnivores (and other species under consideration for de-extinction, such as the Passenger Pigeon) require a large land base to survive, which means they would be highly vulnerable to a world characterized by shrinking habitats. 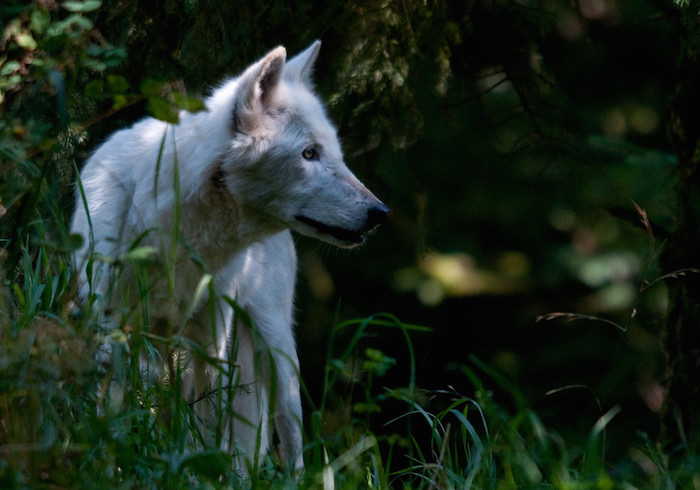 What has changed in popular opinion such that present conservation problems are not as much of a concern as past extinctions? Have we found new locations where species that are dangerous to humans may live without impacting society? If so, do these locations retain ecological conditions conducive for de-extinct species to survive and live long, self-sustaining lives? Or will humans need to continuously regulate these habitats to ensure the survival of de-extinct species? If we need to continuously manage such habitats to ensure species survival, it behooves us to keep in mind that we face considerable challenges maintaining landscapes to support species that are currently endangered or recovering from the brink. Moreover, who would determine which species are brought back and which landscapes would be selected for their habitat? Who will monitor and manage these species? So many unanswered questions should give us pause.

If we are able to answer these questions and provide complex ecosystems and landscapes for the continuous survival of each recreated species, then we should undertake de-extinction. However, the more likely scenario is that de-extinction will be practiced simply because it is new and cool; and the vast majority of these recreated species will end up in zoos and parks.

Despite countless arguments against de-extinction, or resurrection biology, there is nonetheless increasing support for some forms of it. In addition to reviving extinct species, advanced cloning technology could be used to save threatened and endangered animals and introduce greater genetic variability into small populations at risk of inbreeding. Most importantly, there is a potential for this miraculous process to increase awareness and support for current conservation efforts.

While resurrecting Woolly Mammoths and Tasmanian Tigers will undoubtedly come with risks and high costs, rewilding and refaunation of existing species on a more controlled, local level could provide enormous ecological benefits with fewer uncertainties. For instance, a combination of captive breeding and cloning could be used to reestablish populations of species extinct in the wild, like the Northern White Rhinoceros, or critically endangered carnivores, such as the Amur Leopard.

Ultimately, the use of de-extinction technologies is an ethical decision. We caused the extinction of countless animals over the course of our existence, so isn’t it our responsibility to bring them back if we can? This particular rationale does not address the fact that many species, globally, are struggling to survive today, especially megafauna including wolves, cats, elephants, rhinos, and bears. Their habitat areas continue to shrink, and only 13 percent of ecosystems worldwide are under some protected status. Currently, protection is needed for millions of species and landscapes, including many yet to be discovered or described. What is our response—and our responsibility—with respect to these challenges?

The survival of species ultimately depends on our decisions. Millions of dollars and immense amounts of resources are funneled toward recreating ancient ice age ecosystems, such as the Pleistocene Park in Siberia. Yet, a mere one million dollars diverted from these projects could buy over 120,000 acres of Amazonian rainforest, which is vulnerable to invasion and deforestation. This land supports countless species of flora and fauna—many that will be lost before they are ever even found—in need of study and protection.

It is astonishing that technology has advanced to the point where we discuss bringing animals back from extinction. However, what we need to consider is not what we could do, but rather what we should do. Are we going to use our technology and resources for good—to mitigate our mistakes and shape a sustainable future—or continue a vicious cycle that is both unbalanced and unnatural?