Designing the Destiny of Biological Diversity

The question “how far should we go to bring back a lost species?” opens a deeper discussion that requires us to consider what kind of world we want now and for the future. In answering, I am considering the world of nature and envisioning the distant future, the one we think of the least. Five or ten thousand years almost encompasses the depth of human history, and we now recognize our actions will impact planetary biodiversity over the next five to ten thousand years. With increasing capability, we are altering the future of life on Earth and are gaining vast new ways of doing so. We must consider what we want going forward.

The scale of human impacts on the surface of the planet, the depths of its oceans, and the layers of its atmosphere is prodigious. And yet, in the future these activities will likely appear as basic tinkering. Scientific advances have put modern humans in an unprecedented position in our planet’s evolutionary history. Our ability to manipulate life with genetic and reproductive technologies simultaneously elicits hope and concern. Our past impacts are without precedent, but now we may consider even more dramatic impacts from interrupting and altering the course of evolution of life on Earth; we stand to become designers of the destiny of biological diversity, actively more than passively.

How far should we go to restore lost species? First, let’s consider “how lost”? Almost lost? Could be lost? Just lost? Lost a long, long time ago? The answers to these questions are essential for framing the discussion, because we humans already have a history of altering and restoring species (to variable extents). Considering the current rate of biodiversity loss, our present interventions are not enough. Additionally, efforts we currently presume to adequately identify and mitigate extinction risks, such as IUCN risk categories, population viability assessments, and endangered species recovery plans, may not be sufficient over centuries-long time scales. To ensure a biodiverse world we cannot merely consider how far we should go for lost species. We need to consider more boldly “how far we should go” in our efforts to recover and restore extant species with ever-diminishing population sizes.

We can and do provide many criteria for making priorities for efforts to keep species from being lost. And now, discussions are taking place regarding priorities for bringing back extinct species. Certainly we work to save species because they please us and are beguiling. It is important to note, though, that efforts should continue to be made to save species whose hallmarks are not merely their appeal to humans. Charismatic mammals and birds are important members of ecosystems and merit conservation efforts, but we can surely work to save more insects, reptiles, and fishes. However all of these efforts are challenged by ongoing habitat loss and fragmentation and the removal of species through overexploitation and illegal commerce. 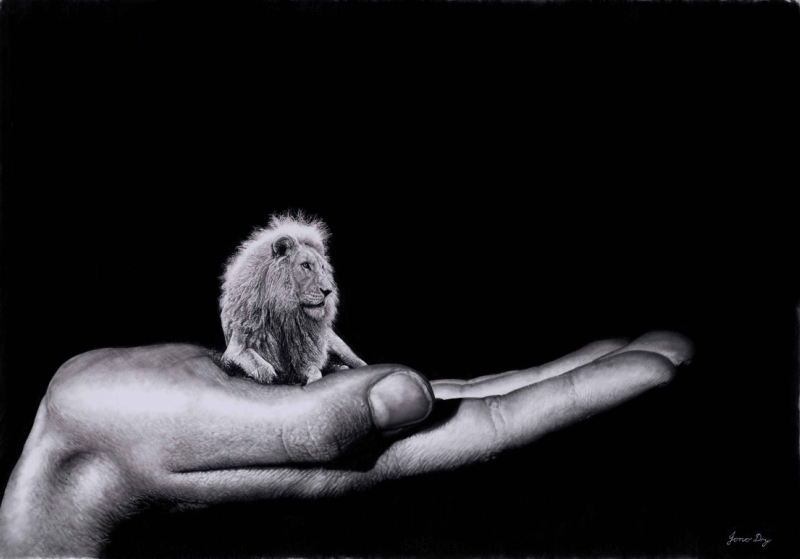 I find it helpful to consider what the viewpoint of those in the future might be. Were they to communicate back through time, what might they say to us? I feel sure they would ask us to save more. Perhaps they would recognize our current limitations: the loss of diversity and the vast number of species that have had their populations so severely reduced that we do not know with confidence that they can survive long into the future. However, we might save as much information about these species as we can. I think future generations will appreciate actions of this sort. We can collect living cells that can be used now and also stored frozen for thousands of years. Such an endeavor is not in lieu of concerted efforts to save species but recognizes the fragility of such efforts and lack of current knowledge.

Collected cells could be advantageously employed as resources for the genetic rescue of certain species faltering in their recovery. Yet, within the United States and elsewhere there is no systematic effort to collect and curate viable frozen cell resources. This seems shortsighted in this day and age when we can imagine generating digitized records of biodiversity data through genome sequencing projects; an effort which would surely provide insights that could assist in conserving species now and would serve as a book that could be read with greater understanding by those in the future.

At this time, our first priority and the appropriate focus is saving what we are losing; surely we have our hands full doing that. But it is useful to consider what we could bring back that was lost. Although this “bringing back” is an activity with an undeniably human perspective, good candidates might be species that connect with many other species (e.g. prey, predators who regulate populations, species who produce fruit, keystone species that alter habitats or perform other activities that many species depend upon).

When we consider how to be stewards of biodiversity, a fundamental concern should be plant diversity. It is essential to assure the functionality of communities producing the primary productivity and novel adaptations of non-crop species, in addition to efforts to retain diversity for crop species and their wild relatives.

Ecosystem engineers that bring balance to biotic communities should also be given careful consideration. We have nearly lost prairie dogs in the Great Plains of North America; those that remain are threatened by diseases such as sylvatic plague. Were we to know that fossorial animals now extinct could carry out the functions that extant species are currently challenged to do, we might consider if they should remain extinct. A de-extinct species could be reproductively isolated from an extant species in such a way that efforts to conserve small populations of native, extant fauna are not further challenged by introgression from a lost species “brought back.”

Bringing back and caring for a lost species might stimulate us to be better stewards. Engaging human society in the issues attached to the discussion around de-extinction, which inevitably brings to the fore the current state of biological diversity on our planet, is crucial for informed decision-making. The hopeful possibilities for intervention in extinction could motivate younger generations, who could imagine having a positive influence, as well as older generations, who long to see discouraging losses of wild species and landscapes mitigated. If this swell of hope provides the impetus to envision restoring lost species, even those long extinct, useful ends may be accomplished.

Many of the steps involved in bringing a lost species back from extinction might productively be considered for preventing the loss of species at the brink of extinction. Even though we don’t actually know what the “brink” is until the species has passed over it, there is a list of candidate species for which frozen viable cell cultures have been banked in San Diego Zoo’s Frozen Zoo.® These include the Arabian Oryx, Black-footed Ferret, Hirola Antelope, Columbia Basin Rabbit, Northern White Rhinoceros, Hawaiian Crow (‘alala), Tasmanian Devil, Dusky Gopher Frog, and the Houston Toad. Frozen cells from these species might be used to restore lost genetic variation through the application of advanced genetic and reproductive technologies.

Despite the potential benefits these technologies offer our conservation efforts, we must act carefully and with sensitivity. If we reflect on our species history and our present predicament, it is impossible to ignore the human tendency to act beyond the scope of our knowledge. Before we intervene at any level we should first ask “why?” followed by “who benefits?”

We could begin banking more cell cultures from populations of species whose status is threatened or endangered. This would both enhance our understanding of the natural history and evolutionary potential of extant species of concern and broaden options for future actions. Discussing these possibilities in the broader scientific, ethical, legal, and conservation context is the responsible thing to do. The future will appreciate what we can save.