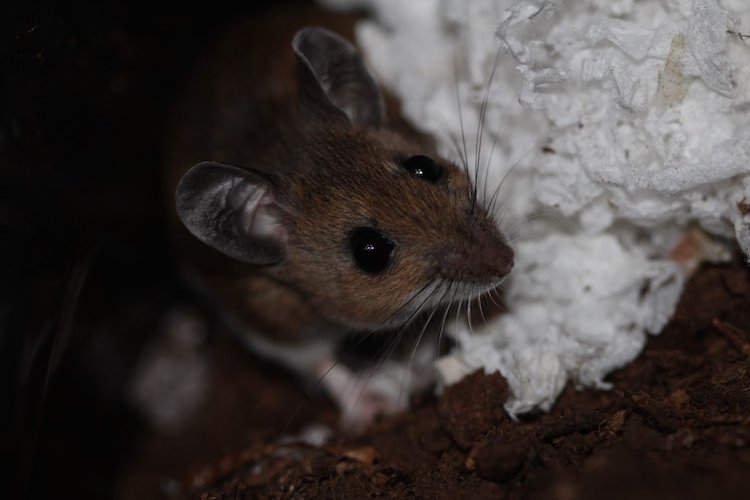 We smelled them before we could see them—a fusty smell, something organic and left out too long, hanging in the first floor hallway. In spite of the odor and the search, it took us weeks to realize just how much of an empire they had built in my mother’s home in the woody dunes of northwest Indiana. Surprising, given the accumulated evidence of occupation, once we found it.

We finally accounted for their hidey-holes, and the paths of ingress, sweeping up the evidence that they spent considerable time behind the refrigerator and in the front closet under the stairs. One bolted loose from below the stairs during one of our searches, having seen us coming armed with broom and flashlight. He found his way out through the open front door. Even with mice, we attempt to practice catch and release. 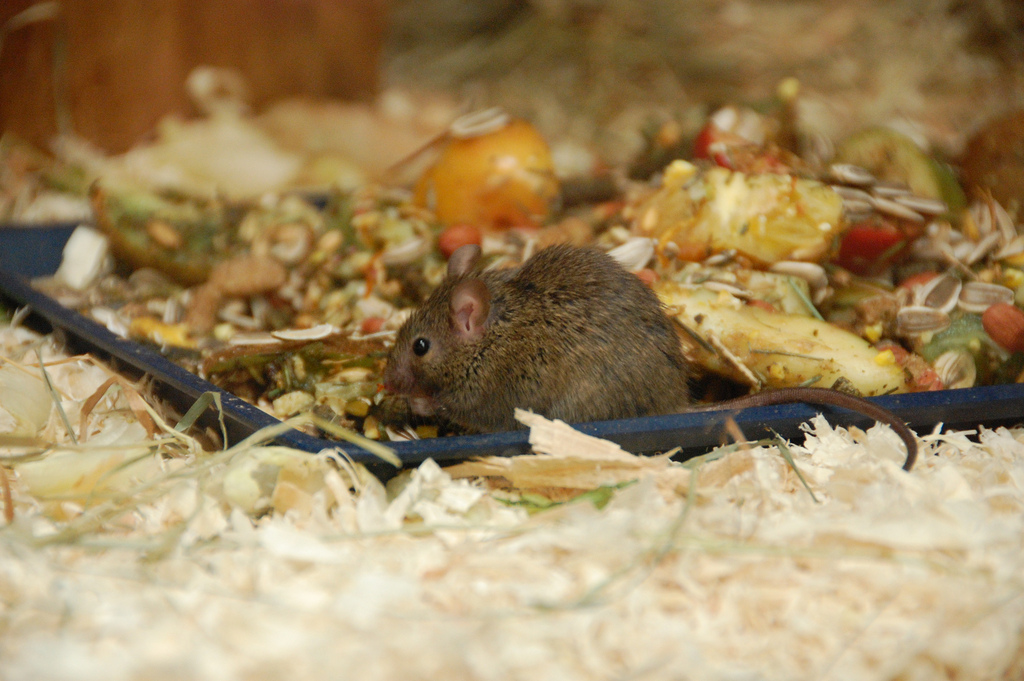 Once we found them, we were able to perceive more clearly where they had been. The box of sandwich bags in a closed kitchen drawer, all shredded and made into a cozy bed. The insulation from the side of the oven, appropriated into a pile behind the fridge. Their uses, pathways, and origins were all clear enough once we looked for them. Except for the mound of cat litter behind the art books on the bottom shelf of the book case. That remains a mystery.

Out there in the dunes, it is easier to comprehend that we have come to their places, at least as much as they have made their way into ours.

As humans, we tend to be a “this not that” kind of creature. The peas on the plate shouldn’t touch the applesauce. Mosaic law says don’t make garments of both linen and wool. This is not that, and we like things in their proper categories: Humans; Nature. This is not that. Mice do not belong in the house. The city is a proper habitation for people.

Yet creatures adapt to the homes we make for ourselves in the city, as well. Monk parakeets, a non-native species introduced to the Hyde Park area of Chicago, come from tropical climes but manage the Chicago winters in part by building their untidy communal nests on top of electric transformers, taking advantage of the warmth the grid provides. Occasionally the combination of dry sticks and grass and a warm transformer hits the flashpoint for kindling, and the flaming debris from the nests drops onto garage roofs, setting them alight. 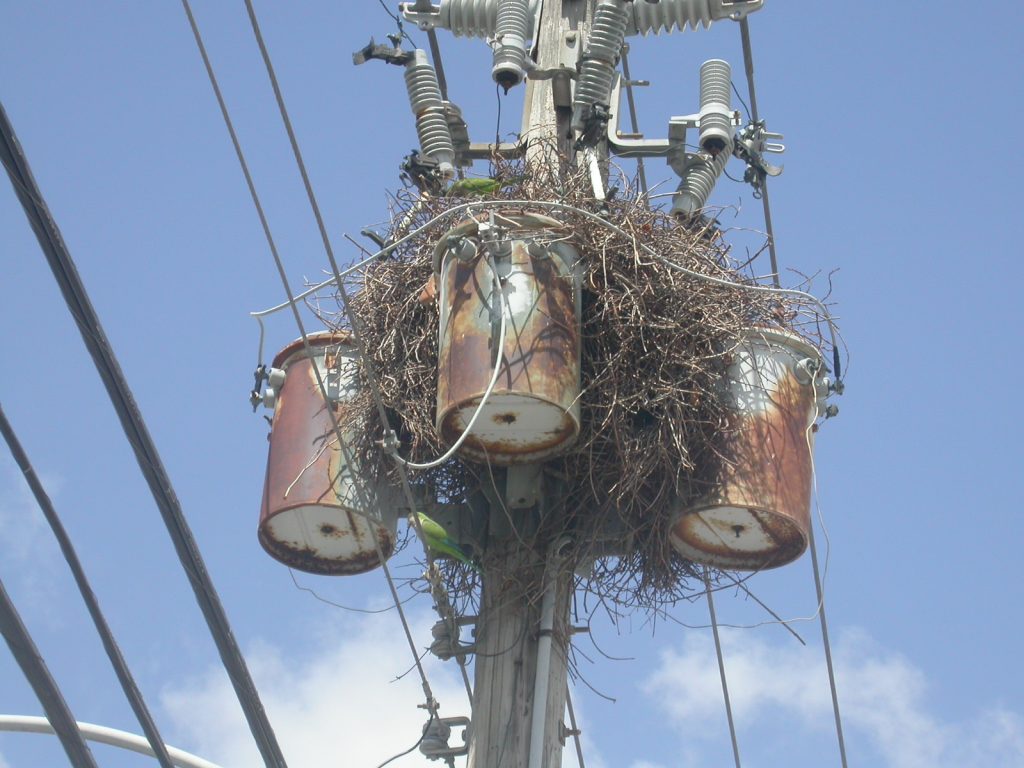 I think about the interaction between the human-made and the nature-made worlds because it pleases me to think about it, and because my work has me mostly in the human-built environment. Specifically, I often think about the electric grid, a marvelous machine built to function invisibly.

It may be a stretch to see the urban electric grid as the product of cooperation between humans and squirrels, but it is true that 10-20% of electric outages are caused by squirrels. If not cooperation, we at least are hoping for a détente with our squirrel neighbors. Contact between squirrels and the electric grid that results in an outage generally doesn’t end well for the squirrel, and utilities invest significant resources in new technologies intended to keep the inquisitive furballs away from transformers. These technologies are approximately as effective as any backyard birder would expect, which is to say, not very. Squirrels are a highly evolved and, at least according to some sources, possibly a malicious group. 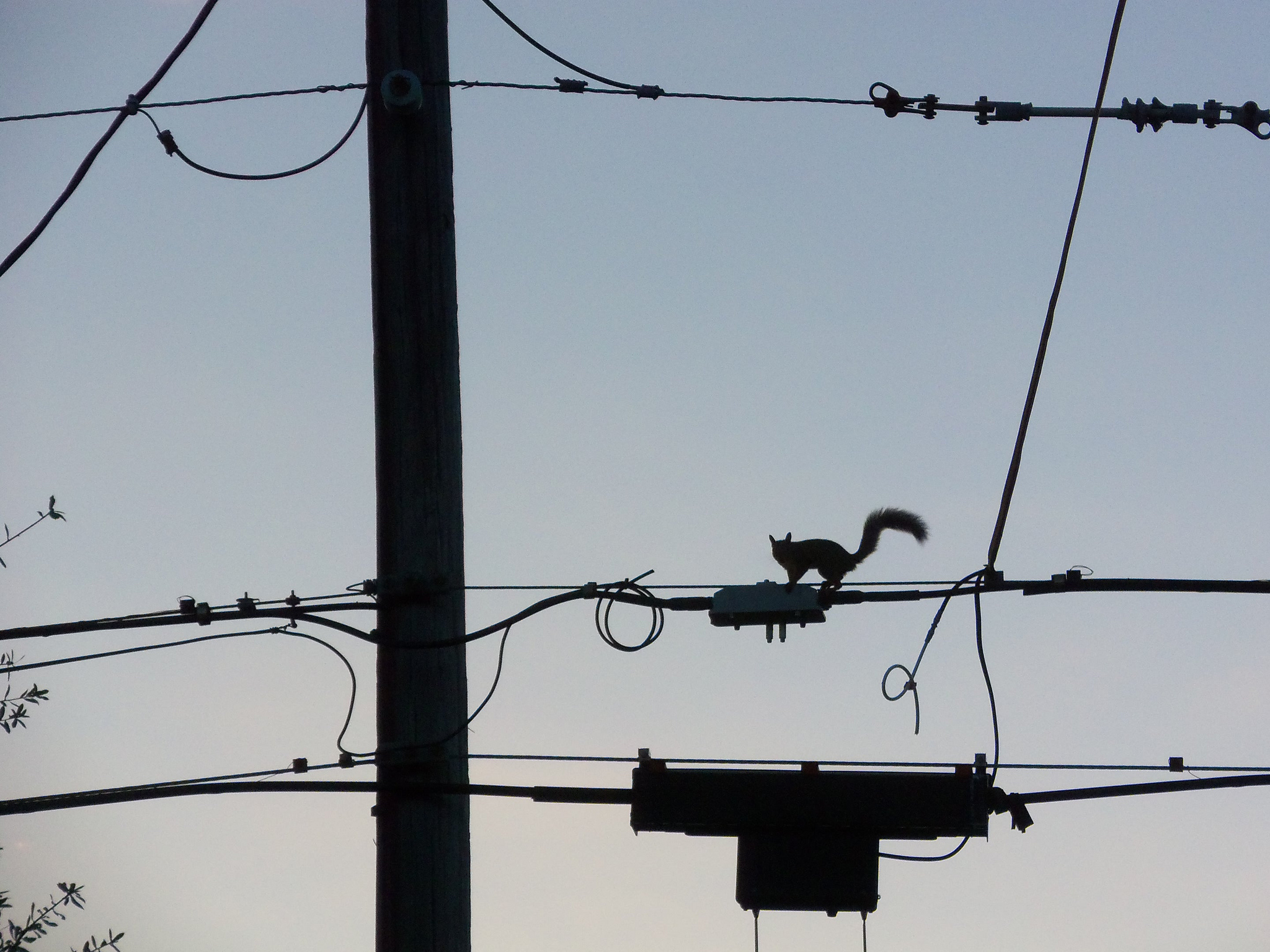 Mice also seem to have acquired a taste for the insulating wrapping on wires. There is a reason my husband and I engage in direct battle with them at the house in the woods. They have learned to prefer the comforts that we also prefer for ourselves. Our continued ability to mindlessly flip on the light is subject to the forbearance of rodents, or to the nesting habits of adventurous parakeets.

Electricity has been changing our lives profoundly for about a century now, and while we have grown used to it, we should pause now and then in amazement. The ability to read when it is dark outside is something that those of us who live in northern climes should never take for granted. In dark December, a light to see by is too much of a gift. But it is a gift that places us within the hum of a larger living system. Everything out there is still out there, and some of them will invite themselves within, in search of the same comforts that comfort us. So as we sit, cozy and warm, on a winter evening, we might listen for the soft scratch in the wall that is a home-going mouse, dining on the insulation around our wires. 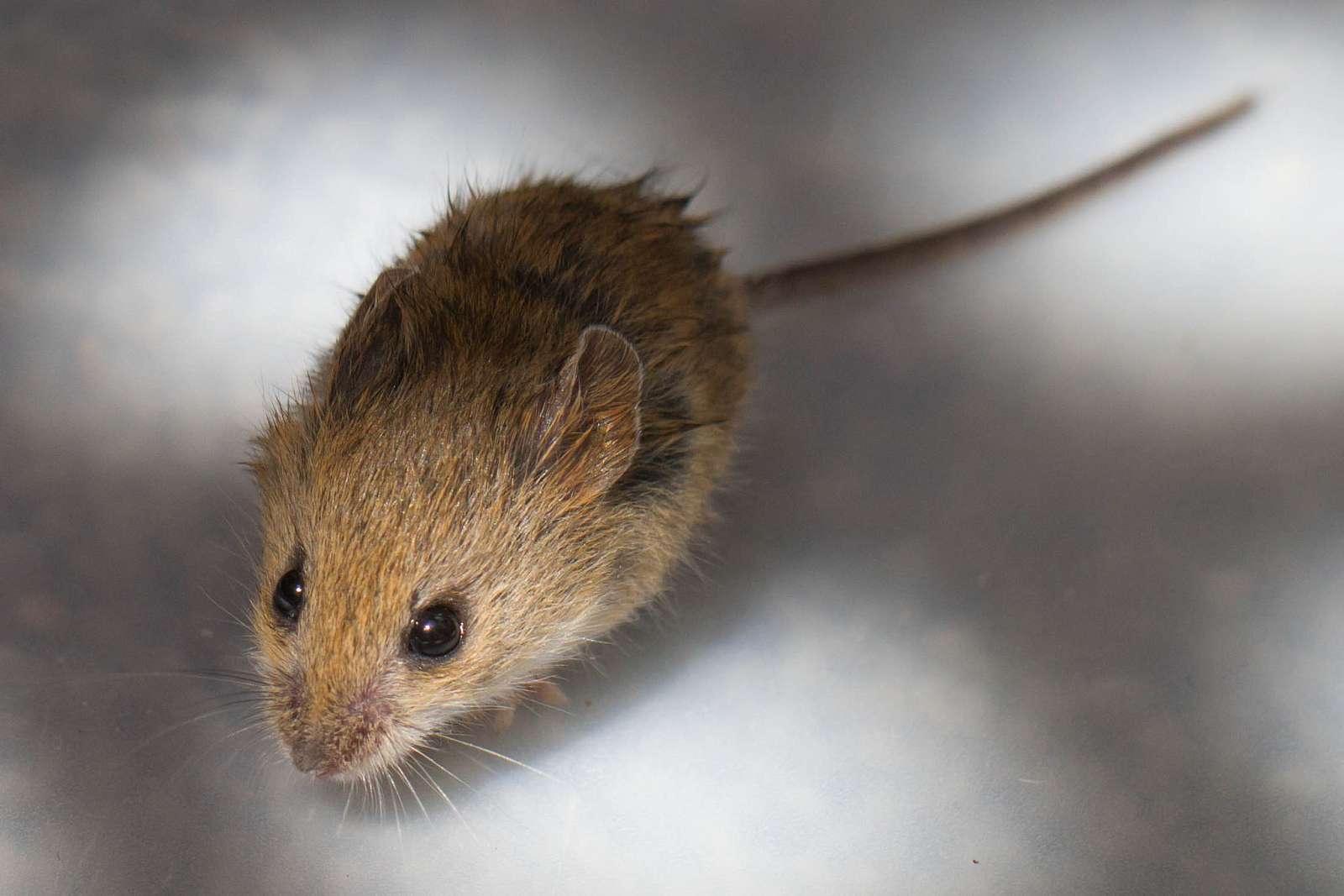