Dancing by the Marsh 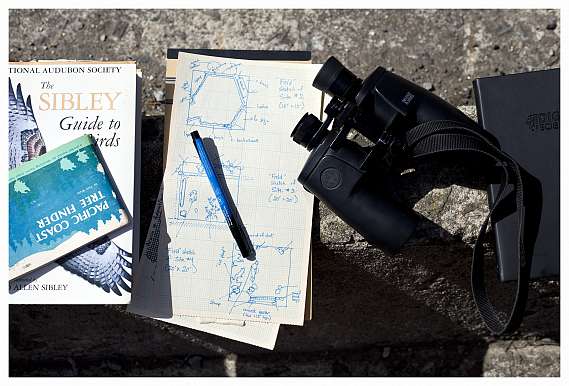 I’m thirty-five years old and I’ve lived in five towns or cities and eight zip codes. Today, I call the San Francisco Bay Area my home, a region far from the Atlantic salt marsh and flatland fields of my rural home ground on the Eastern Shore of Virginia, but the contours and rhythms of the Delmarva peninsula’s landscape, ecology, and culture shaped me more than any place I’ve lived since. As Scott Russell Sanders writes in Townships,

Home ground is the place where, since before you had words for such knowledge, you have known the smells, the seasons, the birds and beasts, the human voices, the houses, the ways of working, the lay of the land and the quality of the light. It is the landscape you learn before you retreat inside the illusion of your skin.

Indeed, it is the sights, smells, and sounds of the Eastern Shore, the sense memories, that first come to mind when I think of my childhood home. The racket of a clapper rail from tall marsh grasses. A winter blue sky burning unsteadily through a whitewash of clamoring snow geese. Pickup trucks overstuffed with teenagers doing lazy laps of a strip mall parking lot. The pungent aroma of mud at low tide. The oscillating whine of cicadas on a hot and humid summer afternoon. I don’t think I could shake free of the Shore’s influence if I wanted to; my time there was formative. And forging such an intimate relationship with a new home is challenging.

In order for me to locate myself in a new place, I need to wrap my head around its natural history. That’s my principle “way in.” Unfortunately, after three-and-a-half years living in San Francisco, I still have only a superficial understanding of the ecology, history, and culture of the Bay Area. When I first moved here, I felt unmoored from the mid-Atlantic natural history that I know best. No longer could I casually recognize a species of bird by the way it winged past, and I was flummoxed by the fact that even species familiar to me—like dark-eyed juncos—wear different plumages here. Hiking, I was at a loss to identify the source of most calls, and the winding rivers and uplifted mountain ranges inspired in me a kind of existential humility I’d only previously known when traveling. It’s one thing to feel your heart skip a beat when you find yourself somewhere exotic—on a mountain trail in Costa Rica or near a tent camp in Botswana’s Okavango Delta—but those experiences are largely born of novelty. Since moving to San Francisco, I’ve had to accommodate myself to regular awe. On a casual morning commute, a glance north from a bus stop on Parnassus Avenue can take my breath away. My eyes sweep over Golden Gate Park and the Presidio to the southern reach of the Marin peninsula. This staggering landscape has been carved and upthrust over millennia. And here I am, in it … slack-jawed on my way to work. How does one wrap his or her head around this?

Rather than the overwhelming (and perhaps scattershot) attempt to ingest the textures of the Bay Area landscape all at once, I decided to take my cue from ecologists, who often conduct traditional quadrat studies to obtain data on the plants, animals, soil, light, and weather of a specific area. They map out a square—typically ranging in size from 1×1’ to 10×10’—then identify and catalog all of the organisms they find in this plot. The researchers often extrapolate their quadrat findings to better understand the biodiversity of the surrounding habitat.

For “Presidio Sites,” my Nomadic Nature in Situ contribution, I’m conducting a nontraditional quadrat study. Each of my plots is 15×15’ or 20×20’ (significantly larger than a research quadrat). I casually “sample” (via written descriptions, drawings, and photographs) organisms found in my four sites, but I also catalog the trash I find, the sounds I hear, and the smells I experience, and record observations of activity outside the perimeter of each quadrat plot.

I’m not merely interested in creating an objective report of the present, however. Although I create detailed maps, prioritize biological specificity, and cross-reference my research, I also meditate on the intangible, abstract, and subjective aspects of each site. Additionally, I consider the sites with respect to history (and even pre-history). What occurred in this spot last year? Fifty or five hundred years ago? Five million years ago? What does the roiling fog speak to in my own life? In the lives of those who walk their dogs here? Or in the lives of the Ohlone who hunted deer here? I’m as interested in environmental psychology and archeology as I am ecology. Pleasantries exchanged with a passing jogger are as noteworthy as the cry of a red-shouldered hawk, the whinny of a raccoon, or the whir of a nearby hummingbird. The empty beer bottle or deflated balloon half buried in leaf litter are documented and treated as if they weren’t commonplace litter. Cultivating wonder and discovery is key to the success of “Presidio Sites,” and I aim to communicate what I find and experience through the writing and imagery produced.

At the moment, I stand in “Site #4,” dust off the seat of my pants, and look north. Because it’s a weekday morning, the green sweep of Crissy Field is populated by only a few people, most of them accompanied by dogs. Lifting my binoculars, I watch a boxer mix sprint toward the base of one of the Mark di Suvero sculptures temporarily installed on the lawn, sniff the steel artwork’s broad base, and lift his leg in homage. It’s easy to think of Crissy Field as a large dog park, giving informal sanction to the mutt’s preferred mode of art appreciation. 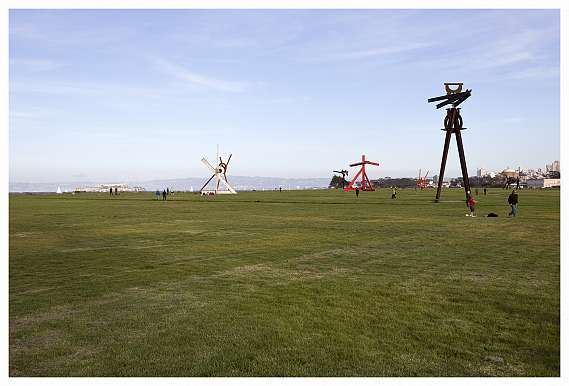 Other than dogs, I associate Crissy Field with baby strollers, joggers, and stunning views of the Golden Gate and San Francisco Bay; it’s a lovely urban park and one of the jewels in San Francisco’s crown. Not long ago, however, Crissy Field was a working U.S. Army airfield. It operated in this capacity from 1921 until 1974 (although the first fifteen years of its life as an airfield were its most active). When I think about Crissy Field, however, I’m less inclined to dwell on its military legacy than I am its rich natural history. At the eastern end, the Park Service is restoring 20 acres of salt marsh habitat informally known as Crissy Marsh. This restored area is a remnant of the 130-acre tidal marsh ecosystem that characterized the peninsula’s northern shoreline until the middle of the nineteenth century, when the campaign to fill in the marshes began in earnest. 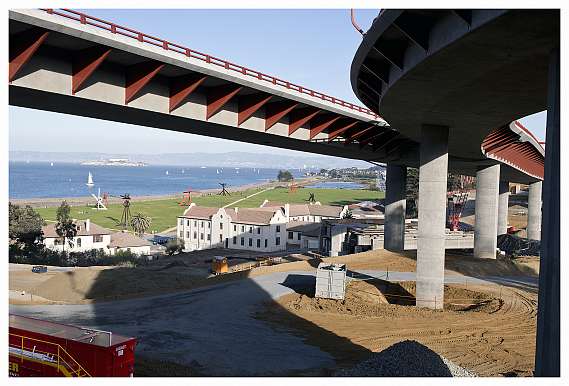 Archeologists believe that the Yelamu had a seasonal camp just east of my quadrat site, very near where the Spanish would construct their Presidio. The nearby mudflats and marshes were central to the Ohlone way of life and economy. They harvested mussels and clams, snared ducks, geese, and shorebirds, caught many species of fish (and some sharks), hunted seals, and gathered willow and tule for clothing, baskets, canoes, housing, and other essentials. The Yelamu weren’t the only predators to value the fertile wetlands; grizzly bears, wolves, coyotes, and other animals were regular visitors, too.

By contrast, the Spaniards who hoisted the standard of their empire over the Presidio didn’t hold the tidal marsh in high regard. They viewed it as wasteland, useful only as a dumpsite. The attitudes of the Mexicans and Americans who laid claim to the Presidio following the contraction of the Spanish empire were little different. Less than 100 years after the Spanish arrived, the once expansive marsh was entirely filled with garbage, ship skeletons, and other detritus. This fact was celebrated; the former wasteland was at last suitable for development.

Long before the wetlands were completely filled, however, the Yelamu and their Ohlone relatives were decimated by European persecution and the diseases the latter day conquistadors carried with them. The Crissy Marsh restoration project reminds us what was here prior to European settlement. Similarly, I look on di Suvero’s angular, constellation-like forms as testaments to the people that lived alongside the marsh. Sketches of bodies in movement, the sculptures call to mind the shamanistic dancing for which the Ohlone tribes were known. The Yelamu may have danced at the edge of their camp, near where I stand today and closer still to Crissy Marsh, performing the coyote dance, the dove dance, and the bear dance, offering tribute through mimesis. As I think about these dances and how they affirmed the relationship between people and place, I wonder if in the process of restoring the marsh, we are in some small way excavating long-buried possibilities. 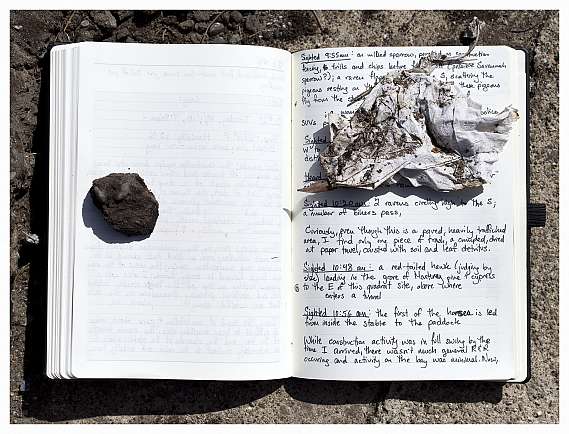 All photographs by Christopher Reiger