Dawn Chorus in the City 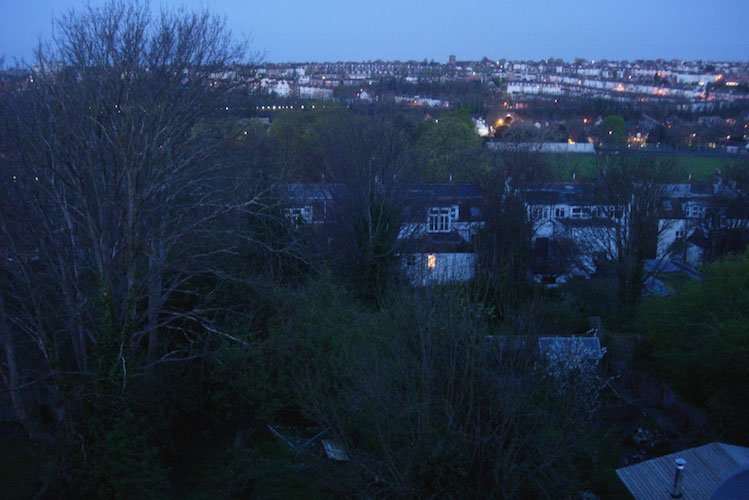 It’s 6:25 am and I can’t sleep. A faint twittering is audible so I get up to investigate. I open the living room window at the back of the flat and gaze into the night. A fleece of low mist hangs between layers of deep blue. Jupiter, bright and bold, sits above the star Spica in the southern sky. It’s cold, but not that cold for February in Brighton, and very still. I make myself a cup of tea and climb out on to the balcony where I sit and look westwards over the sleeping city.

The darkness is textured with song; the night is singing. I pick out the notes of a blackbird coming from the garden below, churring and melodic with a flourish of rusty nails. Blackbirds are one of the first songsters of the dawn chorus. Up early to feed on worms that have come to the surface at night, they sing while they wait for enough light to forage. 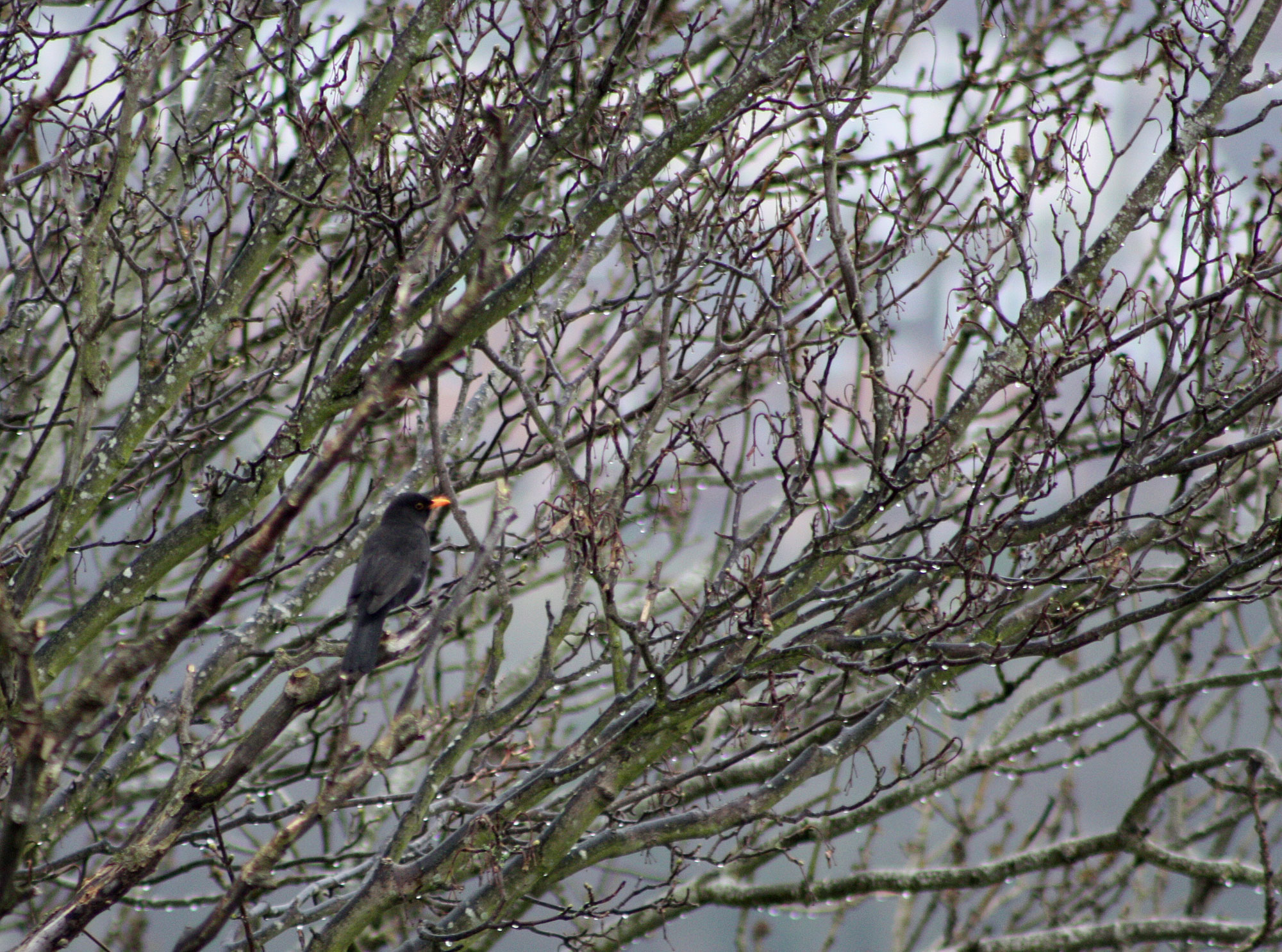 I settle, wrapped in my dressing-gown, and start to notice the cooing of woodpigeons several doors down. Somewhere closer, the syrupy song of a robin starts up. I think of a red cherry liqueur poured from an ornate bottle, sweet and intoxicating.

Blackbirds, robins, woodpigeons, wrens—there’s a certain order to when the birds start singing. Thrushes, blackbirds, and robins are usually the first, beginning some forty minutes before sunrise.

There’s a pair of blackbirds living in our garden and the garden next door. Both gardens are a little neglected and ours has a group of ivy-clad sycamores, ash, and damson trees at the end, which could be described as a miniature wood. This wood hosts an understory of elder bushes and is overgrown with cleavers and nettles in spring. I’ve found children’s bikes and beer bottles among the piles of builder’s rubble. Somewhere in the confusion of sprawling vegetation lives a family of foxes. I’ve watched them sunbathing on mild, sunny days this winter and heard squabbling cubs and the vixen howling at night. It’s the time of year when she’ll kick out her youngsters to fend for themselves. There’s no sound of the foxes now. They are probably out in the streets, skulking around the bins somewhere.

The chasm darkness of the garden draws me in. The inky blue of night has faded to a purple-grey and the layer of mist has dispersed. I can now make out a fringe of snowdrops at the tree line where the mini-wood begins. If I lean forwards, I can see the gibbous moon, a precariously tipped cup, and below it the red light of the i360, Brighton’s latest tourist attraction,162 metres high.

On the hillside, a mile away to the west, tiers of Edwardian houses sit like keys on a keyboard, bright buttons of light. With the orange glow of streetlights, the scene glimmers like the illuminated controls of a cockpit ready for take off. A train, punctuated with glowing carriages, snakes its way steadily out of the city into the early hours. Commuter traffic hums in the distance.

My eyes adjust to the grayscale gloom. The shadows turn to soot blue, maroon, deep bronze, and purple. The branches of the ash tree look dull russet in this early light, the dawn’s subdued pallet. I hear the blackbird’s metallic notes, snip snip snip, as it snips the dark thread of night.

From the top of a beech tree in the park, beyond the gardens, a song thrush sings his churring soliloquy. He has a persistent, enquiring tone, as though he’s eager to converse. Poignant phrase after poignant phrase. A magpie nearby interjects with a guttural clack-clack-clack every now and again; the sound of snapping scissors or machine gun fire. The “clackle” moves as the bird swoops restlessly from one side of the garden to the other. I crane to catch a glimpse of its white feathers in the gloom. 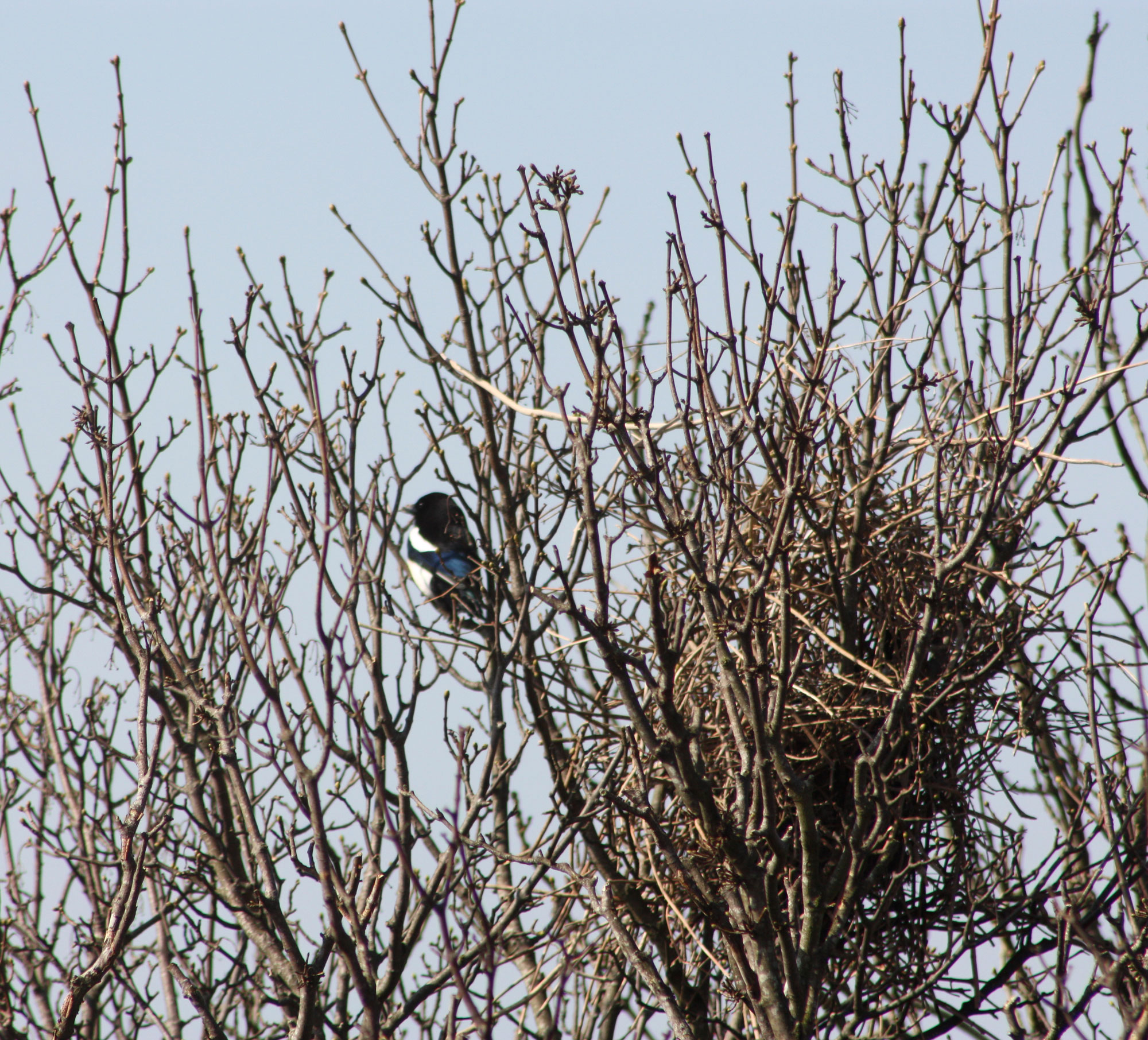 At the back of the lawn is a half-dead sycamore festooned with lichen. I casually refer to it as “the Magpie’s Tree” because a pair of magpies built a nest in its crown last year. The nest is noticeable in February with the tree free of leaves. I often see the pair hanging about it, perhaps with the view to nesting there again. The tree’s branches are often a perch for collared doves and occasionally a few goldfinches alight in its top-most branches. Flocks of starlings chatter their twisted songs there before passing on.

Herring gulls float over like ghosts, heading north from their roost sites to feed on fields and the rubbish tip at the edge of the city. Jab jab jab. Jab jab jab. Some circle and scold with brash yar yar yars. Later they’ll fill the morning with their harsh cries; they’re already seeking nest sites on the red-tiled roof tops of Victorian houses.

Birds may sing at any time of day, but they sing most often in the early morning and at dusk, taking their cue from the change in light. Sounds travel further when it is quiet and still. Male birds sing to attract a mate and to proclaim their territories. Each bird has its own unique variation of song that can be identified by other birds. Singing together allows them to get to know their neighbours and learn of any new birds in the vicinity.

I am reminded of the solar eclipse of 1999, when I stood in a field in northern France. The earth fell into a mini-night as the moon bit into the sun and the sky darkened. I remember the quiet as the few minutes of night endured and all the birds ceased singing. When the sun’s rays returned it was like a quickened dawn and the birds started up a “day-dawn chorus” with a few tentative twitterings.

Here in the garden, the sun is gathering strength. Jupiter has disappeared, absorbed into a flat, pink sky.

Another train heads out of the city—a striped coral snake. This time bright flares spark from the line. 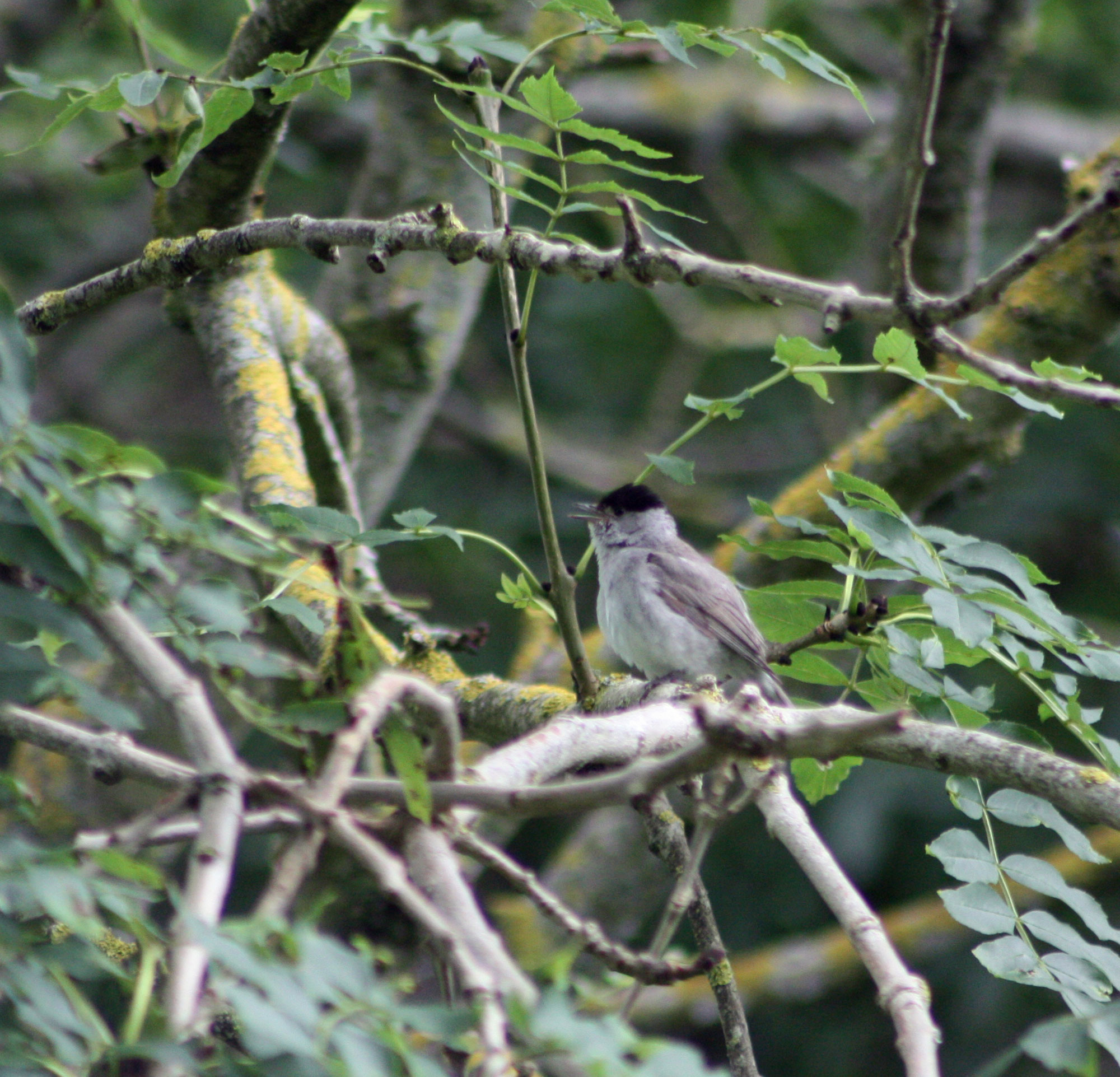 It’s 7:00am and the moan of traffic becomes keener. I can hear a bus rumbling down the hill beyond the other side of the house. A new song starts up close by, a scratchy, fluty, bubbling song. The seesaw song spills out into the ascending dawn. Rolled and tossed in the half-light, it belongs to a blackcap. I imagine him skulking in the elder bushes with his little black skullcap and pulsating throat, unseen even in daylight. Blackcaps feed on insects and spiders in spring. Now they will take any berries they can find, when it’s light enough to forage. In the lowest layer of sound, the woodpigeons’ comforting coos are a constant.

The feral pigeons will be on the move soon. They hang out a few doors down where the walls are covered in pigeon spikes and bird droppings.

The blackcap’s song is louder now and more persistent; he pauses between songs to listen to his neighbours. At this hour, the mosaic of territories mapped by song overlays our world of boxes and barriers, our buildings, cars and gardens like a tremulous quilt. Outwards across the city it extends, a twinkling resplendent constellation of songs.

Click here to hear a dawn chorus, as recorded by the author.

Hearing birdsong is refreshing. There’s also something a little subversive and liberating about being up before dawn, when others are still asleep. It is a pleasure to sit song-washed and soothed in the cool dawn air, immersed in a wildlife phenomenon that is often so peripheral to our lives. Hearing the birds greeting the dawn and each other, I think of how I will soon greet my own neighbours. We are all—like the birds—woven into the vibrant fabric of the city.

I return to the bedroom and open the curtains. In the east, a gilt sky burns behind the chimney pots.