Can a World Parliament Save the Environment? 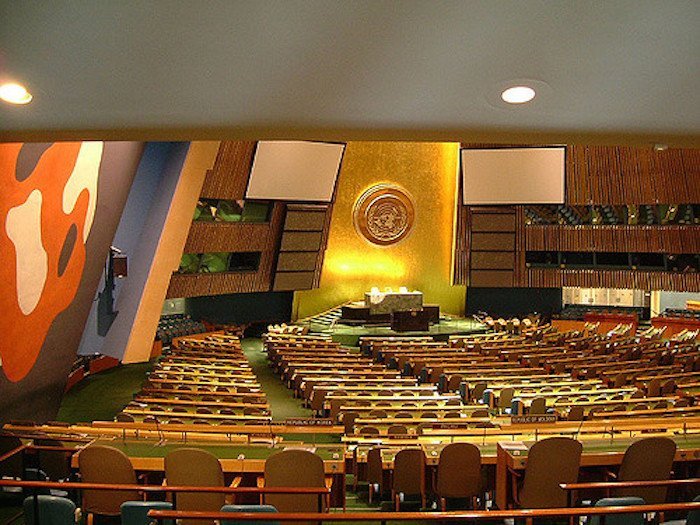 New York, 1 June 2023. Finally, the UN headquarters in New York, after the renovation works that lasted for a decade, are reopened for the inaugural session of the World Parliamentary Assembly (WPA). After the natural disasters that have occurred in the last twenty months, there is a great hope that the fresh institution will be able to act where the previous intergovernmental summits could only quarrel. The substantial increase of pollution-related deaths, the growth of contamination-related diseases, the increasing recurrence of hurricanes, floods, and droughts have generated the awareness that new institutions and new institutional arrangements are needed to address the environmental emergency. The environmentally related riots that have occurred in the last months in London and Mumbai, Berlin and Moscow, Mexico City and Chicago are just the tip of the iceberg of the fact that, until realistic radical reforms are enacted, civil coexistence will be jeopardized.

The WPA has received the mandate to deal immediately with the environmental crisis, but there is a general consensus that to provide a set of realistic and effective policies, the WPA will soon need to extend its mandate to other global issues, ranging from financial stability and nuclear disarmament to human rights protection and ending poverty. The 1000 World Members of Parliament (WMPs) who have arrived today at the United Nations Plaza feel very much the high expectations that the world public has for their tasks. “You have only a few weeks to prove that this new institution is neither a waste of time nor a waste of money,” declares the UN Secretary-General upon welcoming them.

On their desks, there is already a clear report on the dangers for the planet associated with decades of environmental negligence. There is no new evidence in their hands, and, some argue, this is not needed, since the adverse consequences of climate change have been well documented by epidemiologists, biologists, climatologists, and geologists for decades. The real problem is to identify the actions that can be taken to prevent further disasters and, crucially, to implement them.

There is a general confidence that the WPA will be more effective than past world summits. Will Pace, a WMP for the state of New York, and an advocate for the creation of a WPA for several decades, declares, “It is not the first time that there is a general consensus that the environmental emergency should be addressed. But we are the first institution that has the legitimacy and the willingness to do it.” 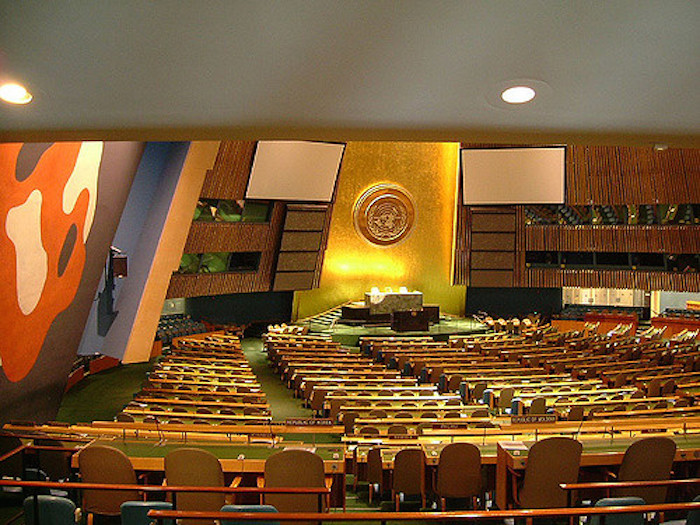 According to Greenpeace, the first thing that the WPA should do is to understand why the various intergovernmental summits have not led to a drastic reduction in emissions and to more environmentally friendly policies: “Rio de Janeiro 1992, the first world summit devoted to climate change, had the great merit of pointing out the problem. The non-governmental organizations produced the first evidence that a major problem was coming. The governments had the fault of not taking them seriously for decades and have not acted adequately.”

Many WMPs argue that effective legislation was introduced already with the Kyoto treaty. They still regret that the Kyoto treaty was not implemented in a timely manner and that leading countries, including the United States and China, took so long to join them. A senior UN public servant, who in his youth assisted the negotiations for the Kyoto treaty, says that the CO2 limits established were too lax to be effective: “Nobody was willing to make additional concessions, and what was conceded was done only because it was known that nobody would be held accountable for lack of action. At end of the day, the agreement was reached on a very low profile.”

Many commentators ask, “Why should the outcome of the WPA gathering be any different?”

Hu-Chin, a WMP for Shanghai, declares that the Chinese government failed earlier to introduce appropriate environmental protection since it assumed that other countries, and most notably the United States, would not have introduced it. “We all wanted to be free-riders,” she said, “and the outcome can now be seen watching the sky over Beijing as well as over Los Angeles. China’s imperative was economic development rather than the environment. When we saw that other governments, at the time much richer than us, were not keen to devote resources to reduce pollution—even if this would have implied a very modest reduction in their already very high standard of living—the Chinese responded by saying, ‘if they do not care, why should we care more than them?’” She is asked by sceptical commentators why it should be any different today, and she responds, “Life expectancy has decreased in most Chinese cities as a consequence of pollution, and the same trend is occurring in North America and Europe. If we do not deliver solutions, it will be difficult for us to have a safe journey back home. This race to the bottom cannot be continued any longer.”

Antonio Machado, a WMP from Bahia, Brazil, argues that too often the nations and the local communities that had the willingness to combat pollution were not provided the technology to do that. “Every time we asked for specific components, it was left to complicated intergovernmental agreements, and everything had to be ratified by half a dozen different national agencies.” Lack of coordination implied that too often the already available solutions were not delivered. “I want to go back home also with the knowledge and the resources to reduce pollution,” he adds.

The people of the Assembly are also confident that they will be taken more seriously by regional, national, and local institutions. “We have been elected. They cannot say any longer that we are not representative. All over this electoral campaign, the data on the forthcoming and in many aspects already existing environmental disaster was unchallenged. If the governments will not implement our policies, I doubt their citizens will obey them any longer.”

The WPA will have to address two crucial questions. The first concerns the policies to be taken; the second, how to distribute the costs.

Concerning the first question, there is a moderate optimism that a consensus and even a working plan will soon be reached. Independent scientific research has, in fact, already shown that devices to reduce global warming are available and that others could be developed in the medium term, provided that the partners are willing to share the knowledge and the costs.

More controversial is the second issue: how should the costs be divided? There is a special concern here, since most of the summits failed precisely because there was no agreement on how to pay the bill. However, there is a moderate optimism among the various members of parliaments. “I am not here to represent only my constituency; I am here to represent the possibility that human life will continue on this planet,” says an Indian WMP.

Well-documented sources say that there is already an algorithm that should allow the division of environmental costs across countries and cities, industries and companies, associating them to policy actions. No community will be asked to bear costs that will impede their standard of living below the line of decency. Communities that still continue to use more emissions and that are already affluent will be asked to cut them more than proportionally. “This is the essence of democratic procedures,” says Bill Pace.

With reference to previous devices, Calestous Juma, a WMP for central Africa, says, “There was something wrong in the Kyoto Treaty. It was assumed that if a country was a great polluter in the past, it had legitimate authorization to continue to be a great polluter in the future.” The division of costs will be radically different, and the great polluters will also be asked to contribute expertise and resources to help burdened communities.

Al Jaazera, EmergingTV, the BBC, and CNN call the gathering “The Environment’s Last Call,” expressing the public opinion that this occasion cannot be missed. Protesters in more than 100 countries are already surrounding the public offices in their nations to make sure that politicians and public servants will be ready to act as soon as the WPA details its strategy. If the institutional response provided by this global democracy initiative does not provide convincing options, it will be impossible to get another chance.

But if it does, we may join the average citizen in asking, why did we have to wait so long to see it established? How many lives could have been saved, and how many diseases and costs could have been avoided if a World Parliament had been given a chance earlier?

“The General Assembly, United Nations” by Rob Young. (CC BY 2.0)