I teach a natural history class for non-traditional college students.

Several years ago, I began assigning a weekly field journal to my students to help improve their observational skills by doing independent field observations and describing one plant and one animal in their journals. It also gives us an excuse to get out of the dim, dank classroom—and into the natural world we are talking about. I bring the class on walks that seem casual, but are softly encouraging of observation. We walk and talk, sit on the ground and describe what we see, smell, feel, and hear.

One student, a woman in her forties, sat by a tree in a city park and watched ants gathering and carrying food to their nest. As she reflected on these ants, she compared their work to her own work of feeding her family. She confessed that she was glad she hadn’t crushed the ants—which was sometimes her response to these “nuisance” animals. Instead, she watched them and understood their effort in relation to her own. She made room for them to co-exist alongside her.

I thought—if adults, self-proclaimed non-scientists, could learn new and cliché-shattering ways to look at the world around them, to observe and understand, and empathize with animals they once considered varmints—what would this be like with kids?

Let’s leap forward, wind in the hair, to several weeks ago. A cold, icy day in downtown Chicago.

We (animalia project) had been invited to join Family Science Days and to share a scientific activity with families who attended the giant fair. The event was part of a major scientific meeting, hosted by the AAAS (American Association for the Advancement of Science, publishers of the journal Science). The goal was to get people excited about science and to show how we use science every day. The animalia project combines science with fun to inspire understanding and action, so the fair was the perfect place for us to spend a weekend. 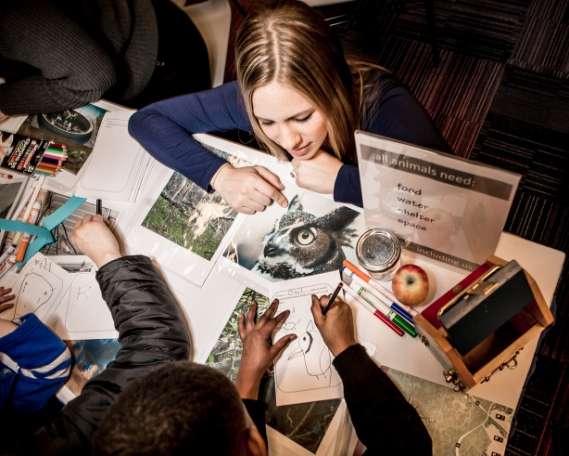 At the event, science projects are everywhere I look, transforming an ordinary Hyatt conference room into a labyrinth of mini-laboratories. On one side of the hall, silly melodies are played on musical bananas. Plastic whirligigs fly over the heads of passersby. Amid the smoke balloons, 3D printers, and robots—we ask kids to draw pictures of animals.

As explosions boom across the hall and the bubble machines envelop children in shiny spheres, our booth is silent. But it is busy. We encourage the young scientists to draw animals from memory or from images we provide as prompts. Then we ask them to illustrate the ecological relationship of the animal to its environment by drawing food sources, water supplies, shelter, and habitat. Hundreds of children, their tongues stuck out in earnest concentration, ignore the noise and sit down to draw animals with us. Markers snap under the strain; we run out of brown.

Looking through the drawings, what strikes me is that in addition to the details of plumage, beak shape, color patterns, and habitats, the kids draw real characters—animals that you want to get to know.  A dog who can barely contain her excitement for the bowls of food and water in front of her. (You can see her enthusiasm in her raised paws and the motion lines to either side of her tail.) The bunny grinning broadly at the endless expanse of green vegetation surrounding him. The fox with the saucy sidelong glance, off on an adventure. 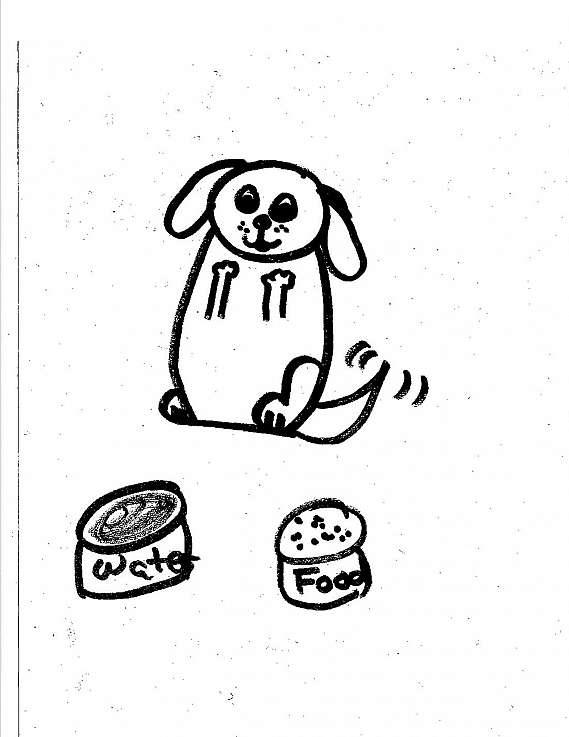 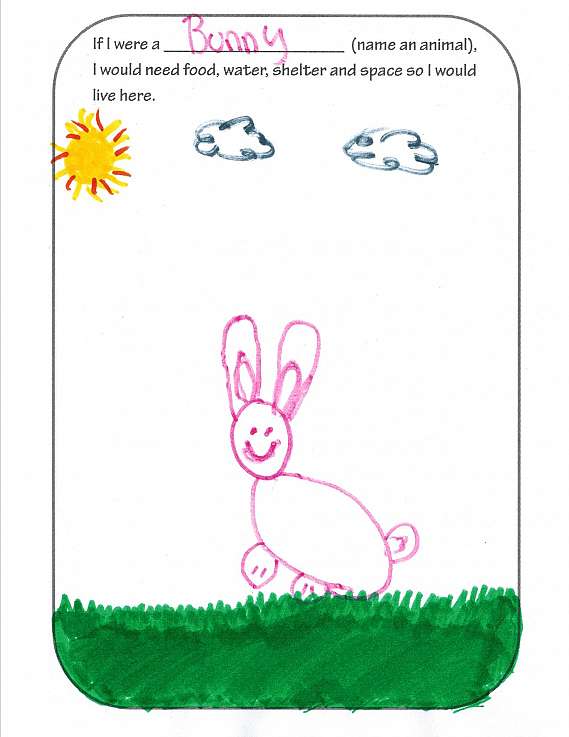 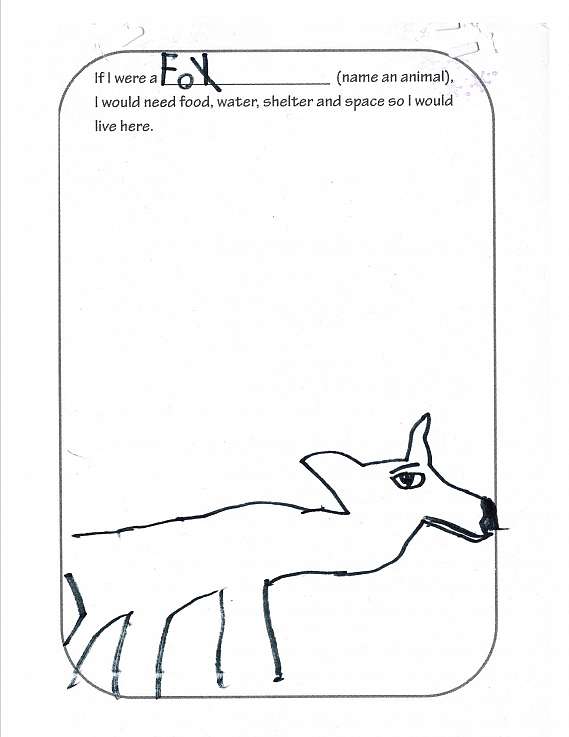 In the minds of these kids—these animals are alive. The animals not only have needs, some express real happiness when those needs are met.

I watch quietly as imaginations spark, and boys and girls lose themselves in their animal’s world, even amid the allure of buttons to be pushed and robots to be walked. A few parents comment that this is their favorite science station—because it offers an activity that is quiet, contemplative. More than a few kids come back to draw another critter, even as their family members are lured back to the 3D printer to make more plastic shapes. One girl draws a tiger, then a bee that loves flowers, then a snake. She draws a diverse bestiary—seeing a range of life in front of her—showing that all creatures are viable, important, and worthy of her time and interest. No one draws exterminators or traps or guns or raging monsters. 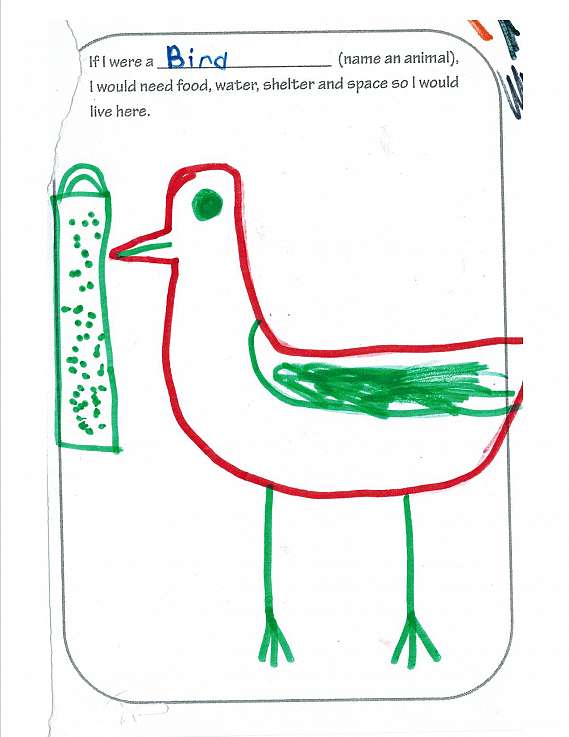 By drawing animals—and their homes—the children empathized with the critters they drew. And they thought about the animals as more than just cute things; they portrayed them as living creatures who share the world with us. In a room full of energetic exhibitions, the children at our booth exhibited enthusiastic empathy. Psychologist Gene Myers argues that “children relate to animals because they recognize them as another animate being… This connection reaches into the child’s thoughts, feelings and actions” (in Bekoff, ed., Ignoring Nature No More). Empathy, in this view, is the foundation for a relationship that allows space and resources for animals to live. No matter what animal they chose to draw, my hope is that the boys and girls who visited our booth will want to better know the critters they drew—rather than dismiss them as faceless pests or fear them as menaces. 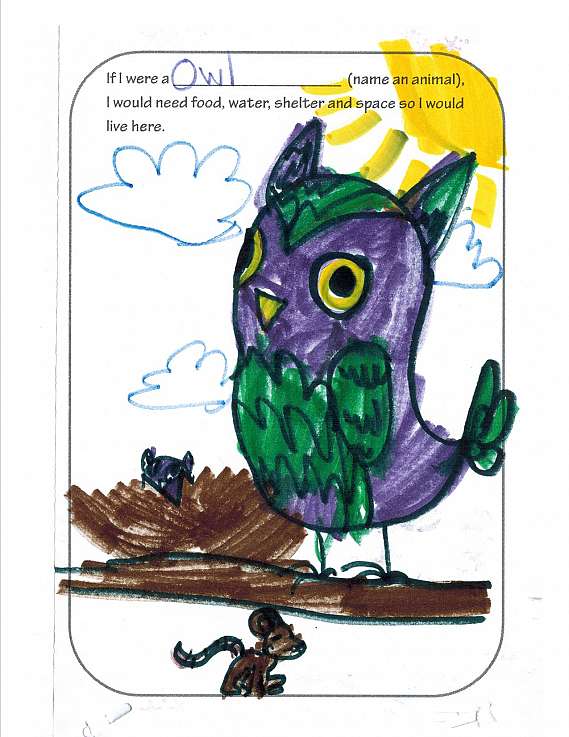 I hope we also helped kids, and their parents, to think about natural history as a science—expanding their definition of science beyond the boundaries of physics and chemistry, which often dominate STEM teaching (science, technology, engineering, and mathematics). It seems to me that the STEM focus often parallels the “conquering hero” myth by focusing on technology and tools that can be used to manage and master nature. By asking children to draw animals as a method of doing science, we were prompting them to expand beyond a perspective of science-as-conquest and to explore possibilities for co-existing with nature.

I founded animalia project to strengthen the relationships between people and other animals, to inspire children and adults to imagine a world that is better—for all of us in the Animal Kingdom—and to be active participants in making that imagined world a reality. I can’t stop looking at the drawings—the empathy they embody gives me hope.

*Top photograph and author headshot by brave lux / joe mazza. All drawings were made by kids at the AAAS Family Science Days event in February 2014.