Throughout its 4.6 billion-year history, Earth’s complexity has increased in many dimensions—its chemistry, climate, life, interactions, and ideas. With an increase in complexity, there is a corresponding increase in interdependence of Earth’s components through a suite of stabilizing feedbacks that connect the consequences of each organism’s actions with its own survival and well-being. In human terms, the web of life is sustained through reciprocal interactions—or reciprocity. This occurs at many scales, ranging from interactions among individuals to the Earth system stabilizing feedbacks among land, ocean, and climate. Reciprocity is inherent in the way Earth works.

Earth also has interactions that trigger and amplify changes in its dynamics. These amplifying feedbacks tend to counter the dynamics of reciprocity and increase the likelihood of changes to new states from which it is difficult to return. Amplifying feedbacks can, for example, move a household or country into or out of poverty, or make farming impractical when the climate gets drier or groundwater is depleted. In other words, there are limits to Earth’s dynamics of reciprocity that, once crossed, are often difficult to reverse. Earth’s reciprocity cannot be taken for granted.

We live in an amazing time in Earth’s history. We benefit from millions of years of accumulation of soils and biodiversity. In addition, the climate has been remarkably stable for 10,000 years—since the end of the last ice age. This period of environmental stability supported the dawn of agriculture and all of Earth’s cultures and civilizations.

Over the past two hundred years, people have come to exert impacts that are global in scope because of our sheer numbers, our insatiable desire to consume resources, and our technological capacity to modify the world around us. We have changed the composition of the atmosphere and oceans beyond limits that have not occurred for millions of years. We have directly modified about 80% of the ice-free terrestrial surface and modified the climate and chemistry of all ecosystems. Species extinction rates are at least 1,000-fold higher than prehistorical levels, propelling Earth into the sixth major extinction event since life began—the first such event that is biologically driven. Soils are eroding much faster than they are being replenished, causing losses during our lifetimes that took millions of years to accumulate. These are the types of changes that trigger shifts to new states—probably a hotter world with more floods, severe storms and droughts, and half as many species. Our actions are stressing Earth’s natural capacity for reciprocity. 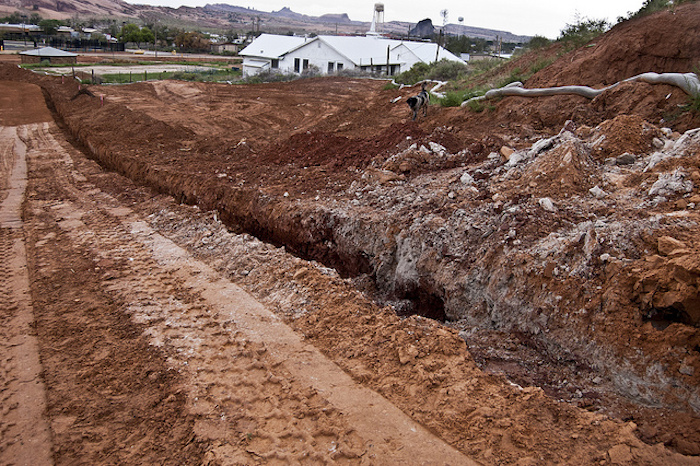 Can humans survive outside these limits? Almost certainly—modern humans were present during the last ice age. However, do we want to live in a world that has lost a large proportion of the species, soils, and the landscapes that we cherish, that give us our sense of identity, and on which we depend for food and solace?

Humanity stands at a critical juncture. Do we deliberately push Earth into a new state from which we may not be able to retreat, or do we commit to rebuilding Earth’s capacity for reciprocity? The desirable answer seems obvious, but how do we move beyond the raw self-interest that underpins Darwinian evolution and the norms of a consumption-based society toward a more respectful, reciprocal relationship with the Earth that supports us? There is no silver bullet, and each of us is predisposed to pursue different paths. Different paths and perspectives are good because we need to experiment and learn as we seek to consciously rebuild Earth’s framework of reciprocity. What we can do is identify promising pathways, encourage their exploration, and foster dialogue that enables us all to learn from our own successes and failures and those of others. In light of the extremely variable nature of change, and the desire to rebuild reciprocity, the following rules of thumb appear promising.

Earth’s expectations are modest and we know how to meet them.