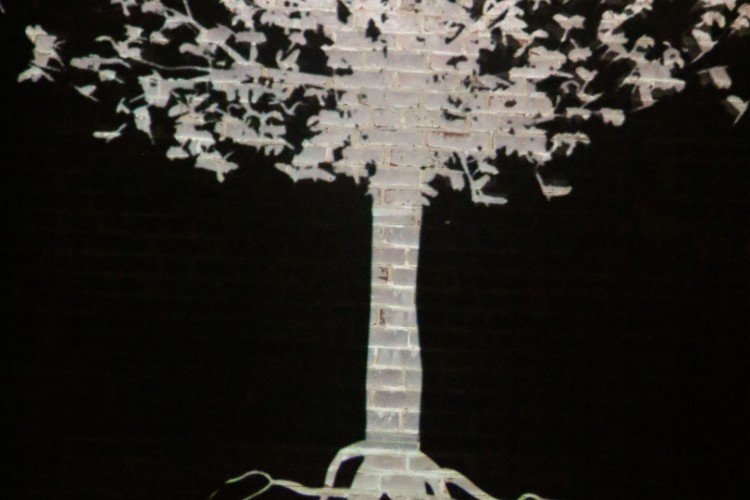 Allegory lurks in abandoned factories. It prowls about the rooms where hundreds, perhaps thousands, of people wore the floors down to a leathery patina. It seeps into the mortar decaying between bricks. A factory gone dark is a shadow of our consumer selves. We want what we want, whatever the price of our longings—lost jobs, sent overseas or eliminated, devastated families, and struggling communities.

So it feels right to commemorate the one-hundredth anniversary of the extinction of the Passenger Pigeon in the old Sprague Electric factory in North Adams, now the Massachusetts Museum of Contemporary Art (Mass MoCA). By some estimates, billions of these graceful birds inhabited North America. We ate their tasty flesh, stuffed their lucky feathers into our mattresses, and used them for target practice.  Steven Sullivan points out in the January 2015 issue of Minding Nature, that our “mindless human consumption, aided by technology” obliterated this species in fifty years. 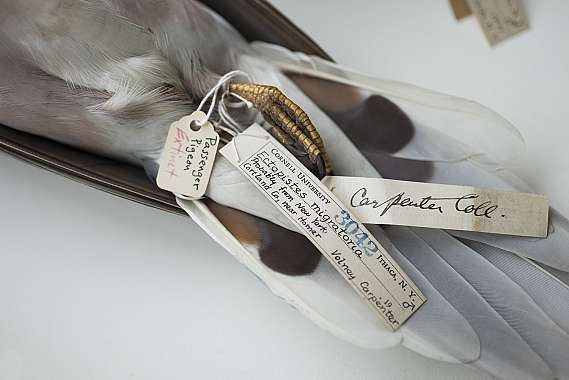 Martha, the last Passenger Pigeon, died September 1, 1914. Her final days were spent on a perch in The Cincinnati Zoo. If only she was born a century earlier. Back then great flocks of her relatives flew across the landscape; their numbers measured in the miles or hours, even days, it took for a flock of the dove-like birds to fly over a town. When the pigeons thundered across the sky, their avian screen eclipsed the sun. Raised in captivity, Martha never knew the thrill of wanderlust at sixty miles an hour or the pleasures of sweet chestnut meat and wild strawberries. When Martha traveled, she went by train, in the cargo car. Her last trip was in a 300-pound block of ice, on her way to Harvard to be preserved. 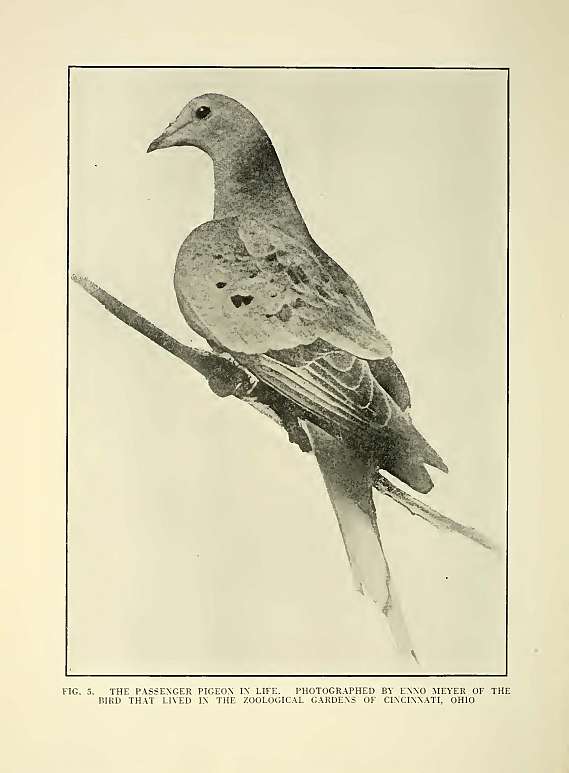 Martha’s demise is old news, but it seems that we have not fully grasped the gravity of her passing. Currently, there are 17 species—from Amur Leopards to Yangtze Finless Porpoises—on the World Wildlife Fund’s “critically endangered” list. That is one step from extinction, a word that means “the end,” and a concept that puts an existential wrinkle in our all too busy day. Thank goodness for artists who trick us into thinking about the unthinkable. At Mass MoCA, Susannah Sayler and Edward Morris (Sayler/Morris), along with writer Elizabeth Kolbert, created an exhibit called Eclipse that is so magical it enchants before the truth settles in—this is a requiem for an extinct bird. The beauty of this video installation captures the imagination and then challenges museum visitors to take responsibility for the tragedy. 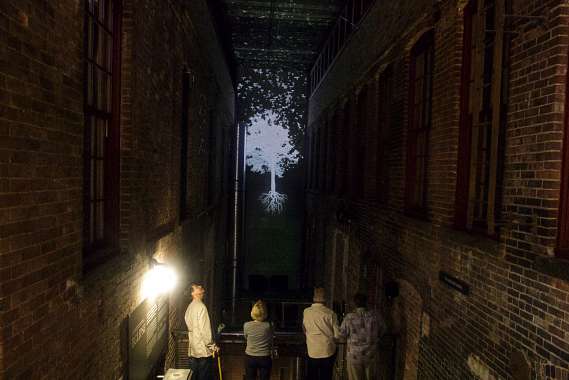 The black and white, looping animation is projected onto a 100-foot-tall wall and the ceiling above it, in a four-story light well between two Mass MoCA buildings. When I arrived a shimmer of light sparkled beside the white, reverse silhouette of a barren tree. What began as a glimmer soon morphed into a flock of birds so thick I could not distinguish bird from branch. When the pigeons commenced their flowing ascent from tree to sky, the ceiling above us was almost white. As the birds rose, the tree seemed to be consumed in white flames. Perhaps this is an allusion to the practice of setting fire to a nesting tree to capture pigeons. Or maybe we are meant to think of White Heat, the iconic gangster movie in which James Cagney dies on top of an exploding natural gas tank. Either way, we see tragedy. 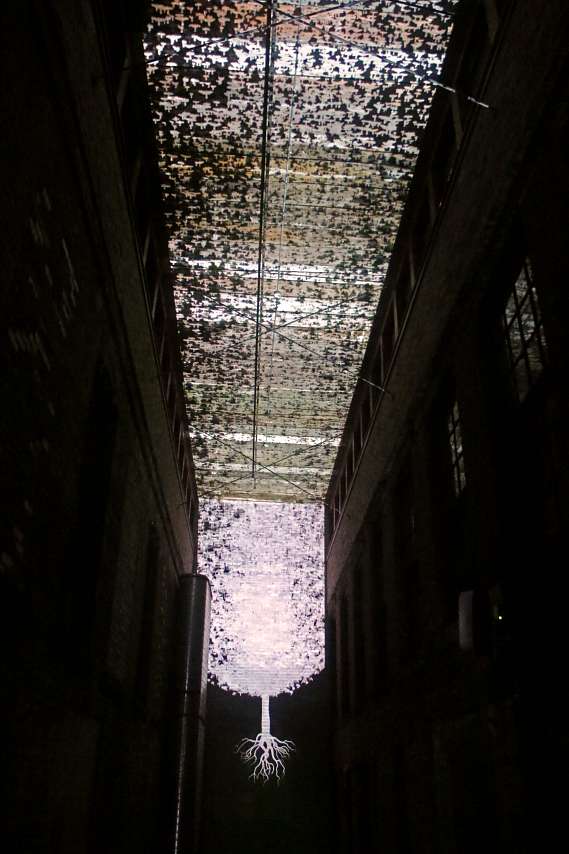 “Art,” says neuroscientist Daliah Zaidel, “is a communicative system able to relay ideas in ways not afforded in language alone.” Eclipse’s images, along with the soundscape that invokes the chaos of giant Passenger Pigeon flocks and the loneliness of extinction, grab our attention and make us think; it might even inspire a conversation about Martha, the lost Passenger Pigeons, and the mess we have made of our world. I usually ignore endangered species, preferring to dwell on the living rather than the dead. Yet Martha has been on my mind for weeks now and here I am typing this blog.

On the ground floor of the light well, there is a square piece of black Plexiglas that reflects the flight of the pigeons as they soar across the ceiling. You can also see your reflection, superimposed over the flock. No matter where you stand, your image is always merged with the pigeons, right down to the solo flight. When the sky goes black, only your reflection remains.

This is art as grace and a call to action.

All images from MASS MoCA Digital Asset Management. Many thanks for permission to use them.