The Egret’s Approval: Nurturing a Toxic Canal Back to Life 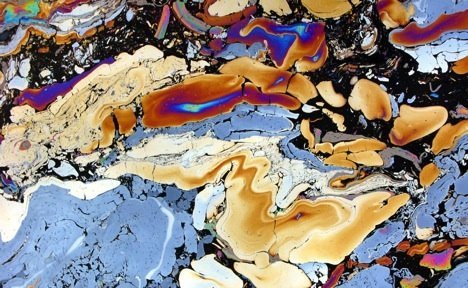 If you’re not from New York City, or don’t know a lot about Superfund sites, you may not know about the Gowanus Canal, a 1.8-mile-long dead-end canal in Brooklyn. A toxic stew of industrial waste also called, in come circles, “the waters of the United States.” The canal was built in 1849 and soon became one of the nation’s busiest industrial waterways. Economic activity eventually cooled, but the legacy of industry remained. High levels of hazardous substances turned the Canal into a “Lavender Lake.” You may have heard of the Gowanus Canal when, in January 2013, a dolphin swam into the Canal. Let’s not recount that disturbing story other than to say that the dolphin didn’t leave.

You’re more likely to know of Jane Jacobs and her work, beginning with the classic The Death and Life of Great American Cities (1961), plus two other books on economics: The Economy of Cities (1969) and Cities and the Wealth of Nations (1985). The Municipal Arts Society of New York organizes a series of “Jane’s Walks” around New York—many other cities do them too—in which we walk through neighborhoods to talk about what Jane wrote so beautifully about: the ways the life between buildings, from mom and pop shops to well-designed and thoroughly used public spaces, sustains communities, makes them vibrant, and makes them, to use a more recently popular word, more resilient. 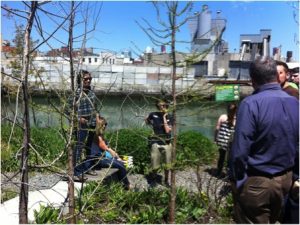 Early in May—the Jane’s Walks are always held the first weekend in June to commemorate Jane’s birthday—I was participating in a subtle variation of the Jane’s Walk: a Jane Nature Walk, in which thirty of us walked through Brooklyn talking about street trees, visiting community gardens, and examining little pocket parks and storm-water-capturing bioswales. Urban nature is deeply resonant with the fundamental principles that Jane believed made urban spaces truly work for people: green spaces make communities more livable. More sustainable and resilient, too. In Jane’s sixth book, The Nature of Economies, she wrote:

“The theme running through this exposition—indeed, the basic premise on which the book is constructed—is that human beings exist wholly within nature as a legitimate part of natural order in every respect.” (You can read more about this in Mary Rowe’s piece at The Nature of Cities.) 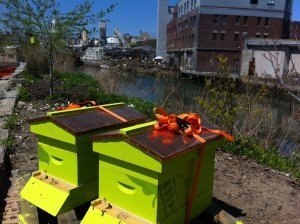 We started our Jane Nature Walk at the Gowanus Canal. There, against all the apparent odds, people and organizations are springing to action. A number of communities live adjacent to the canal, and people are getting to work. The Gowanus Conservancy is one example. They have created plantings along the canal, placed art, installed bee hives, are creating and selling mulch, and generally helping bring the place back to life.

Still, I wondered, how long before nature can thrive here? And, peering through a chain link fence at the end of one branch of the canal, down in a corner next to a tire and a sad patch of Phragmites, there he was: a Great Egret. Big, beautiful, silent, still.

I stood and watched until he had had enough of me and he flew away down the canal. So wonderful was he that I didn’t even take a picture. But there he was. Plants, bees, egrets, and people. There’s an ecosystem reasserting itself along the Gowanus, for the good of the plants, the animals, and the people who live nearby. 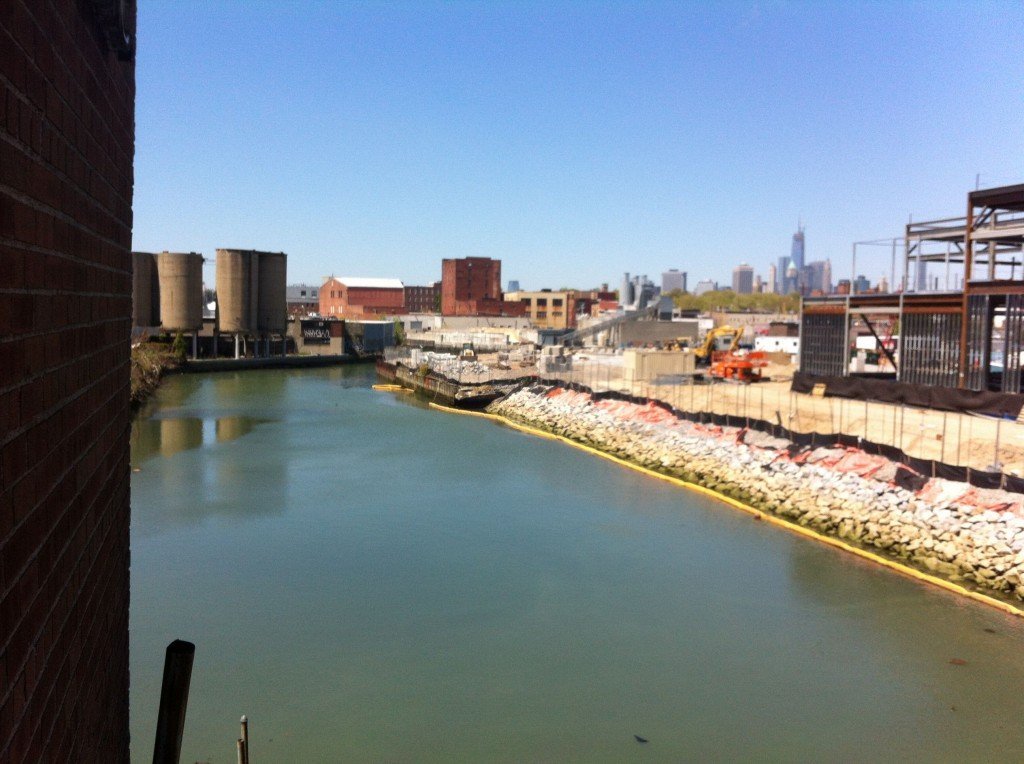 Photographs, from top to bottom:

*The surface of the Gowanus. Photo by Joshua Kristal.

*A Gowanus Conservancy pocket park, with the canal behind. Photo by David Maddox.

*Bee hives along the Gowanus. Photo by David Maddox.

*The egret disappeared down this length of the canal, with Manhattan in the distance. Photo by David Maddox.