When it comes to captive animals, the word on everyone’s lips nowadays is sanctuary. In May, The Whale Sanctuary Project launched into the public eye with our announcement that we are going to build the first seaside sanctuary in North America for formerly captive beluga whales and orcas. And the National Aquarium recently revealed its plans to build a warm-water sanctuary for the eight bottlenose dolphins currently in their care.

Zoos and aquariums, once cherished cultural institutions, are now being buffeted by a storm of shifting public consciousness about the plight of animals in these facilities. As a result, zoos and aquariums now have to answer some very tough questions about the claims they’ve been making for decades; and they are, largely, at a loss for how to respond.

In the 1960s and 70s, in response to the changing zeitgeist towards greater concern about conservation, zoos and aquariums tried to reinvent themselves as places of education and animal protection. But they didn’t really. Instead, they put on a patina, wrapping themselves in the kinds of public buzzwords and display props that only suggested conservation and education but didn’t deliver. Pools and tanks became “habitats” and polar bear enclosures were painted with fake Arctic scenes. And that is where most zoos and aquariums are today.

But these superficial changes have little to do with being authentic centers of science, education, and conservation. In 2016 there are three facts that remain steadfast: Animal welfare in zoos and aquariums remains poor, impact for the conservation of wild animals is minimal, and these institutions don’t influence public concern for wildlife.

Second, the conservation efforts of most zoos and aquariums are very limited. Outcome measures show that, apart from a handful of successes like the reintroduction of the California condor, most zoos and aquariums fail to reintroduce or reinvigorate species and populations endangered in the wild; Elephants serve as an obvious example. They have been kept in zoos for decades and not one has ever been released back into the wild to promote the development of dwindling wild populations in Africa or Asia. In fact, recently the U.S. Fish and Wildlife Service approved a permit allowing three US zoos to import eighteen wild elephants from Swaziland. For elephants and many other animals, zoos and aquariums are a “one-way ticket to show business.” The same poor conservation record is true of Chinese pandas: There have been hundreds produced through captive breeding but only a few have been reintroduced to their native lands and, of those, only three have survived.

Third and finally, zoos and aquariums still maintain that seeing animals on display promotes conservation values and behaviors in the public. But, to date, this is a claim in need of evidence. We’ve been viewing elephants in zoos for decades, yet they are on the brink of extinction. In fact, a mass extinction event is underway despite the fact that hundreds of millions of people have visited zoos and aquariums. The model just doesn’t work.

So what is the solution? In an ideal world, our species would stop destroying the rest of the planet and exploiting other animals. One initial step in this direction would be to change our concept of what is an appropriate relationship to the other animals we share the planet with. An easy first step would be to start thinking about restoration, reconciliation, and restitution in the form of sanctuaries. 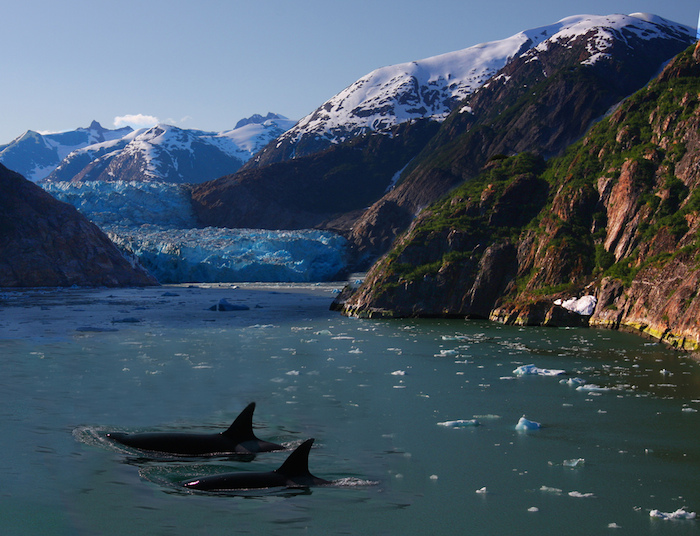 What distinguishes a sanctuary from a zoo? Priorities. In a zoo or aquarium, the priority is the visitor experience, which, in the end, translates into revenue. In a sanctuary, the priority is the health and well-being of the animals. Full stop. And here’s another difference: Zoos and aquariums want to keep going for as long as they can. But anyone who has talked to a sanctuary owner knows that they dream of the day when they will be “put out of business,” when there will be no animals needing rescuing from exploitation and abuse. In sanctuaries, real education and authentic information can be made available to the public because there is no hidden agenda.

Zoos and aquariums must convince their visitors that the animals they hold captive are “happy and healthy” in order to keep the ticket sales flowing. Sanctuaries have no need for this pretense and can be completely transparent as to why they exist. These are the kinds of differences that make all the difference in the world. For instance, commercial facilities promote misleading impressions of the animals and their behavior, e.g., branding entertainment spectacles as demonstrations of “natural” behavior while all along obliterating the autonomy of the animals by imposing obligations to perform, or requiring animals to navigate stressful social interactions in a confined setting. In an authentic sanctuary like the one The Whale Sanctuary Project is developing, the priority is to provide a safe environment that promotes the individual preferences of the residents and provides scientific information to the public about why these animals need to live in the oceans in order to thrive.

Some progressive zoos have started the process of moving from places of entertainment and spectacle to authentic centers of restoration, education and conservation. Sometimes that means coming to the realization that certain animals, like elephants, cannot flourish in zoos and their public display in zoos must end. This is exactly what the Detroit Zoo did when it moved its two elephants to the Performing Animal Welfare Society sanctuary and closed its elephant exhibit in 2005. And this is what the National Aquarium is doing by retiring their dolphin performers to a sanctuary.

These decisions and the kind of self-examination these facilities engage in signal to the public that we are all moving towards a more authentic and relevant model of relating to other animals. Sanctuaries—places of restoration, restitution, active conservation, and education—are the future zoos and aquariums. Eventually the theatrical facilities and theme parks of today will be unrecognizable. Only those institutions that shift their mission toward animal welfare will, and should, survive. The zoo and aquarium community faces a critical choice: Adapt to changes in the culture and give back to the animals what was taken from them or risk going the way of all the endangered species they only claim to conserve.