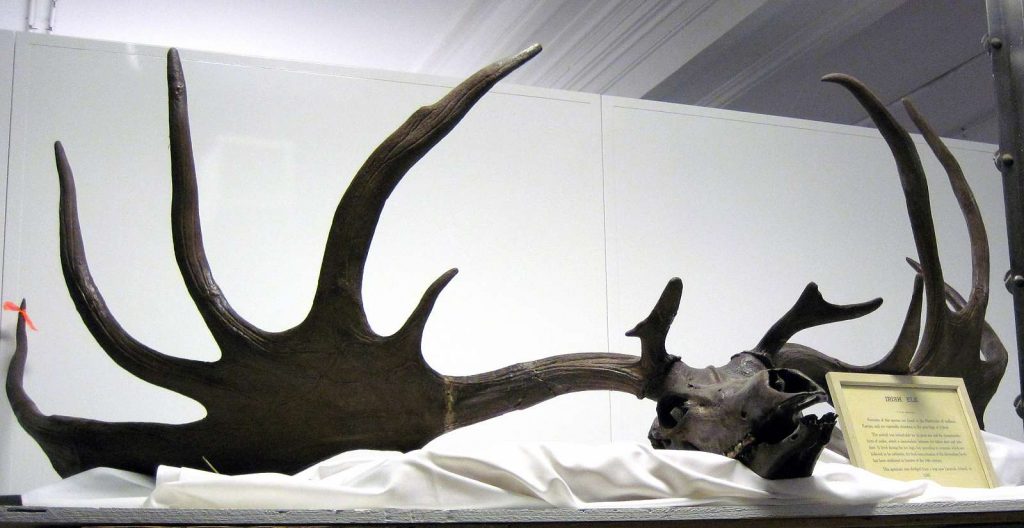 It wasn’t long after the Trump administration’s proposal to weaken the Endangered Species Act hit the headlines that a story emerged about a surprise encounter between two Irish fishermen and a striking piece of Earth’s history.[1]

Raymond McElroy and Charlie Coyle were fishing for pollan in Lough Neagh in Northern Ireland in September when their boat was brought to a halt by something snagging their net from below.

At first the two men thought they had wrapped their fishing gear around a submerged root, something that happened from time to time in this part of the lough. Ten minutes of pulling on their net dislodged the obstruction and allowed the fishermen to lift whatever they had snagged slowly toward the surface.

It wasn’t till the “stump” emerged from the water attached to a skull that they realized what they had in their net was something special.

Seeing the skull, at first Coyle wailed, “Throw it out, throw it out, it’s from the Devil.”[2]

It wasn’t the devil’s gift but the skull and antlers of an Irish elk, a magnificent species of ungulate extinct in the British Isles for about ten thousand years.

A bull Irish elk will make those with even the tiniest fascination for wildlife shudder in awe. Weighing in at around 1,500 pounds and bearing a cartoonishly large set of antlers, these extinct relatives of the fallow deer offer a vivid illustration of the faunal wonders that roamed Europe and Asia a few millennia ago. The antlers attached to the skull pulled from Lough Neagh spanned more than eight feet. Other specimens can stretch for twelve.

When grassland turned to forest at the end of the Pleistocene due to changing climates, the Irish elk’s gargantuan antlers would have made life amongst the trees impossibly awkward. These changes in vegetation, together with an associated decrease in the minerals available to nourish such giant antlers, led the Irish elk to join the long list of other extinctions taking place in the early Holocene. The relentless attention of hungry human hunters also probably played a role. Sometime after this individual died and was submerged by waters pouring out from melting glaciers, this Irish elk’s brethren exhaled their last on the planet’s surface and the species vanished into memory.

Environmental philosopher Holmes Rolston III calls the extinction of a species at human hands a type of “superkilling.” It is worse than killing an individual animal because it does not just eliminate a life but a whole form of life. In every species, a genetically encoded blueprint has been replicated over the centuries in the flesh and viscera of countless broadly similar individuals, each of them making their own way through the world as best they can, each of them re-presenting a common code. The minute genetic differences between these individuals get selected for if they provide any breeding or survival advantage.

In some people’s eyes, a species’ genome contains an “accumulated wisdom” learned over many thousands of generations of trial and error. This storehouse of encoded knowledge is handed down in the biochemistry of the organism’s chromosomes.

A study of migrating pronghorn sheep and moose by University of Wyoming researchers recently revealed that accumulated wisdom among ungulates is not just passed on biochemically in genes.[3] A team led by ecologist Matthew Kauffman demonstrated for the first time that knowledge about migration is also passed on directly through learning between the generations. With the help of radio collars, the researchers tracked the movements of animals restored to traditional migration grounds.

Herds relocated into habitat from which they had been eradicated initially showed little ability to migrate. As the generations went by, they figured out how to find emerging vegetation through the seasons and passed it on to the herd. The study demonstrated that “learning and cultural transmission are the primary mechanisms by which ungulate migrations evolve.” It is not genes or instincts, in other words, but wisdom slowly accumulated across generations. In the case of moose, the researchers estimated the knowledge might require a century worth of learning to build.[4]

This discovery came as a surprise to those who harbor some doubts about animal intelligence. Rolston has suggested that a key difference between humans and the rest of the living world is that while non-human animals transmit information through the generations only biochemically in their genes, humans alone possess what he called “cumulative transmissible cultures” in which important information can be passed down through vocalization, written language, and the countless additional techniques for passing on learning.

Sheep, moose, and elk passing knowledge and customs through the generations shows how narrow this gap between humans and the rest of the animal world may be. The authors of the Wyoming study point out how migrating animals also possess this “second inheritance system” serving as a supplement to the instinctive behaviors inherited genetically. 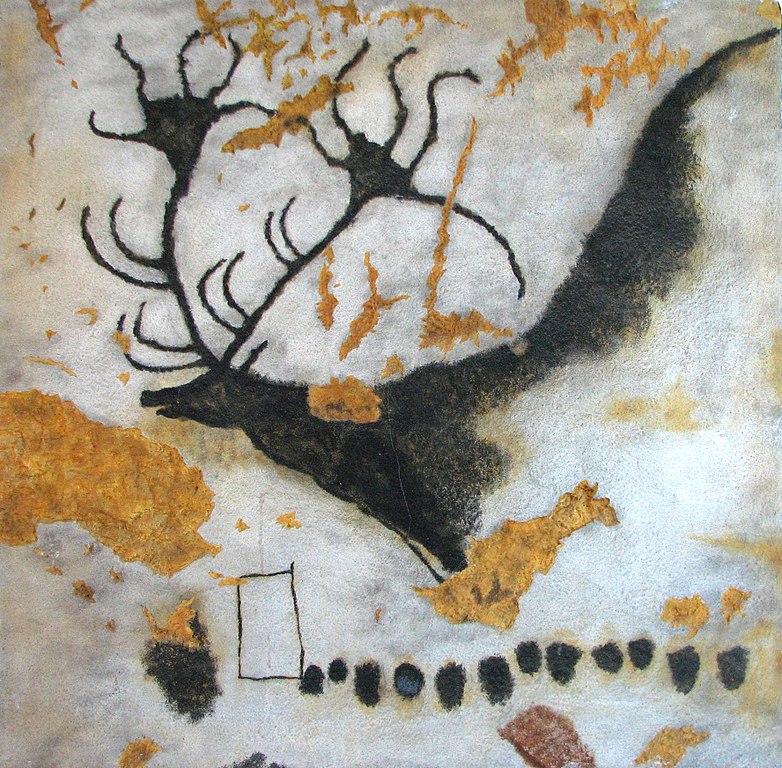 Irish elk were not only magnificent physically, they were magnificent culturally. Extending the argument from the Wyoming study, particular communities of elk were in all probability distinctive in their behaviors, their habits, and their vocalizations. Animals from different regions almost certainly possessed different “dialects” and developed various “customs” and “habits” that got passed down through their communities from the elders to the young. When the Irish elk disappeared, it was not just a genetic form of life that was lost forever. It was a set of distinctive ways of inhabiting the world, together with the wisdom those ways contained.

Current attempts to weaken the U.S. Endangered Species Act ignore completely the value of cultural wisdom embedded in the non-human world. We should protect animals not just because we like to look at them. We should protect animals because it is through them that the living world gains additional layers of cultural depth, complexity, and beauty. Amid the constant homogenization of human culture propelled by the internet, irreplaceable animal cultures can push back in the other direction, creating a world ever richer in form and in content. To risk that loss is not just to ignore important and ancient genetic resources. It is to neglect a whole realm of cultural diversity that enlivens the world in which we dwell.