Exurban Evolution: Stepping onto the Continuum of Care 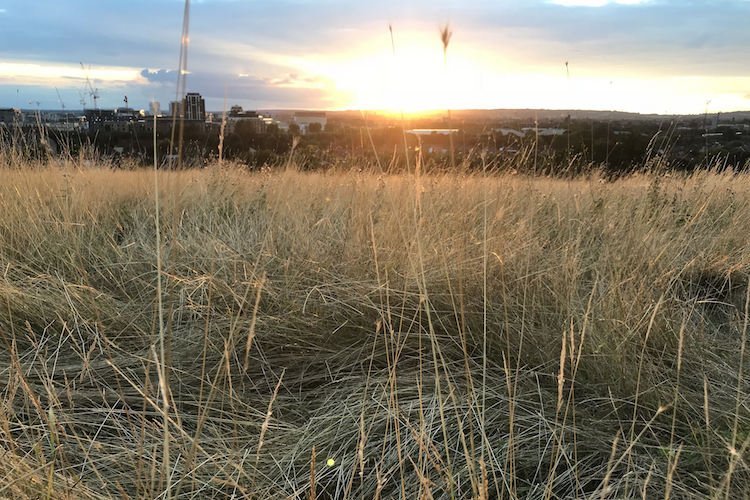 I was beaten last night. In fact, thirteen other neighbors emerged with me out of the municipal building, brains seared from the brand of injustice only a small town can mete out. We had trooped there earlier in the evening in singles and pairs to fight the good fight. We live in a once-rural town now in the exurbs of a large Midwestern city in the heart of America.

People casually throw that “exurb” word around, but let me give you a bit more of a feel for the place. If I’m out on my porch early enough in the mornings, I can count on seeing one neighbor, an ancient gentleman farmer, driving his tractor to town for breakfast and coffee with his friends. Just after 9:00, he drives his tractor back by my farm to do whatever chores ancient farmers do. 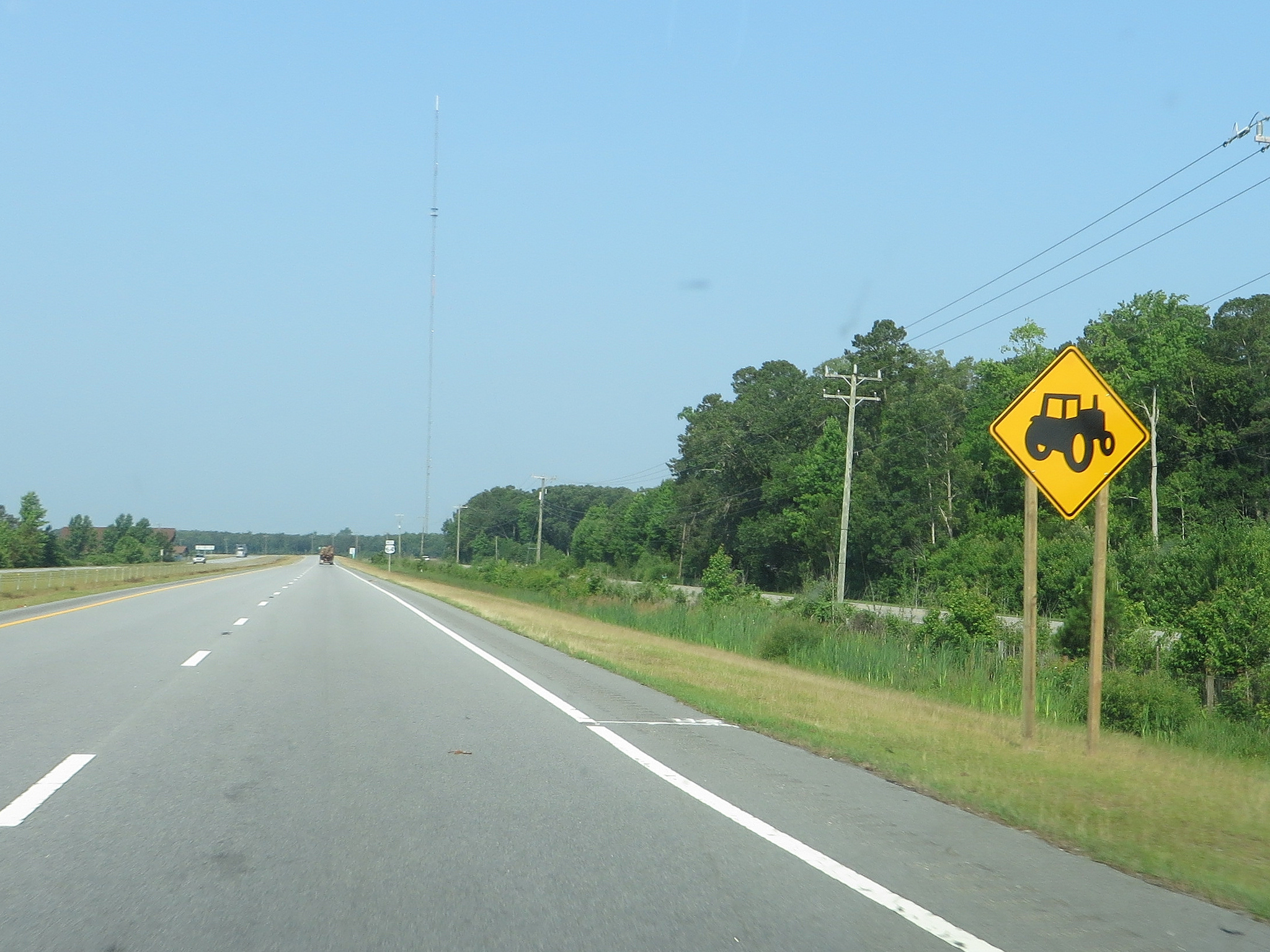 Our side of the road is all farms, ranging from five-acre farmettes to thirty-acre spreads with cattle, horses, and multi-acre garden plots. Closer to town, established corn operations flourish in the warm season; and turkeys graze when the frosts descend.

Wedged among us are two small neighborhoods and a somewhat larger residential collection of Hardie board households with swing sets and grills out back. Still, the dickcissels and meadowlarks make their homes alongside us. Great horned and barred owls trade haunting hoots in the woods and coyotes yip and yodel across the hayfields at night. Herons stab shining fish in the creek while crayfish hold intruders at bay, extending claws then racing in reverse if their ploys don’t serve. 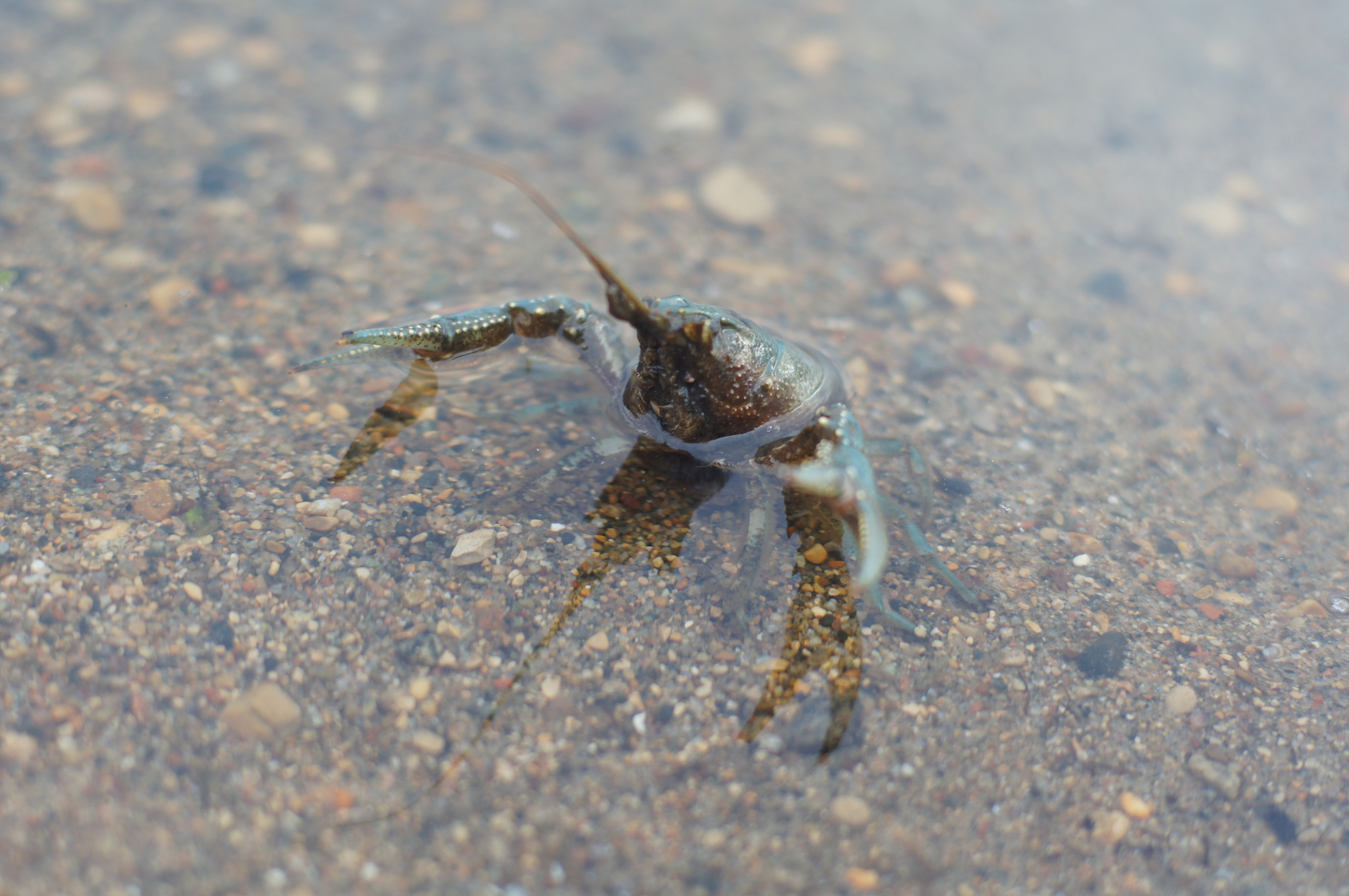 Exurbs are a little closer to the city than I’d like, but these neighbors—the tractor man, the owls, the coyotes and crayfish—make life so close to the big city more than tolerable.

So, when another human neighbor rang me up to ask for help in discouraging a new development of fourteen houses on three- to six-acre lots backing up to our local creek, I was happy to help.  The developer refers to the proposed sites as “estates,” which translates to large roof areas, driveways, and shorn lawns. That in turn means: when it rains, the pastoral stream transmutes from Jekyll to Hyde—scouring banks and stream bottoms, leaving crayfish homeless and herons hungry. The roiling waters also bash bridges and other infrastructure the city will too soon be required to replace.

I and several others among the thirteen neighbors told our alderpersons this in our three-minute speaking allotments. We voiced our concerns. We proposed an alternate plan: not to abandon the project completely but to develop on ten-acre lots, leaving a bit more land to absorb stormwater runoff as a sponge would drink up water from your kitchen counter. When we were finished, the developer rose, with his PowerPoint depicting rustic entryways made of massive logs, and wooed the aldermen properly for a far greater time with no rebuke.

The board of aldermen quickly passed the original request to annex the land and build the estates.

Let me be clear. The developer is not a bad man. The aldermen and women aren’t bad people either. People simply do what they know. Along with his many houses, the developer has built relationships with government officials. The aldermen are used to saying yes. More houses mean more money. It’s everyone’s right to make as much of that as they can, whether one is a businessman or one feels fiscally responsible for an entire city. But here is where the old saw grinds. If you do what you’ve always done, you’ll get what you’ve always got. Most of us don’t want sterile streams or a world without wildlife—not even the aldermen and the developer. 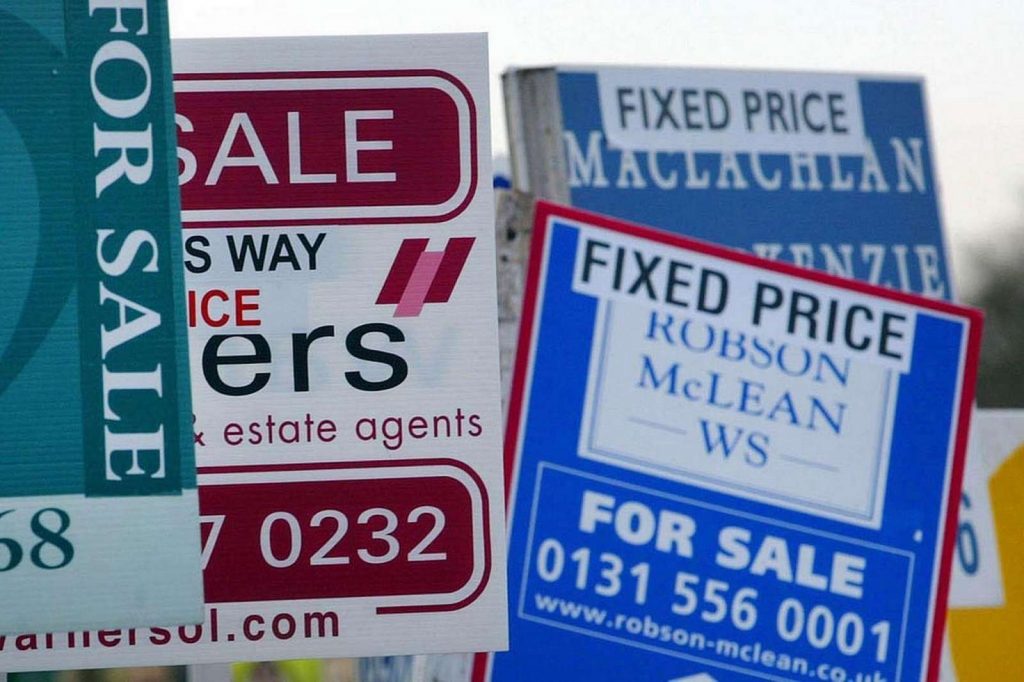 The challenge becomes—how do we change, and what trade-offs are we willing to make? I wouldn’t suggest a person quit eating meat or drinking coffee cold-turkey, however environmentally correct each of those practices actually are (and they are). For most of us, extreme or sudden change is just too uncomfortable. Instead, we can prosper from stepping on what I call a continuum of care.

The first time I used this title was when I was working with developers and watershed advocates in the Southeast. Simply put, we invited developers onto this continuum wherever they felt comfortable getting started. In return, we publicly applauded them and invited them into an educational “club” where they could learn tricks and techniques to build in a more environmentally friendly manner. This actually made them more money and created more enticing neighborhoods in the city. Then, we asked them what the burs were under their saddles that kept them from building in more environmentally sustainable ways. And we listened to what they had to say.

We found another impediment to building resilient communities that honor all their residents occurs at the city and county level. We then surveyed those folks to find out what they knew and what they felt they needed to build and manage communities in a way that honored community members, the environment, and budgets. One important element we learned from them came from “truth-telling” questions we inserted into our inquiries. We asked them for their definitions of “watershed” and “non-point source pollution,” two terms that any city or county official should know. The answers we got ranged from a few completely accurate ones to others unbelievably off the mark. This wasn’t a horrible point; only an indicator that educational programs could be beneficial to their communities. We asked them (if they were officials) who needed more training on environmental issues: elected or hired staff? Can you guess what they said? By the way, the same thing happened when we asked staff the same question. It’s consistently “the other guy.” Again, this isn’t an indicator of bad people. Nobody wants to be wrong. We don’t want things to be our fault. It doesn’t matter if we’re builders, community advocates, or aldermen. That’s just human nature.

What is important is having the courage to question the status quo, the willingness to listen to and learn from others and deal compassionately with each other as we step onto a continuum of care together for our communities. My wheelhouse is the environment. I speak for the owls, the herons, the crayfish. The curious thing is that environmental cog is connected to the challenge of working with underserved populations. And the cog of underserved populations is tied to education, which is tied to economic development. And it’s all tied to our basic needs for food, water, shelter, and space—whether we walk on two legs, four, six, or none. 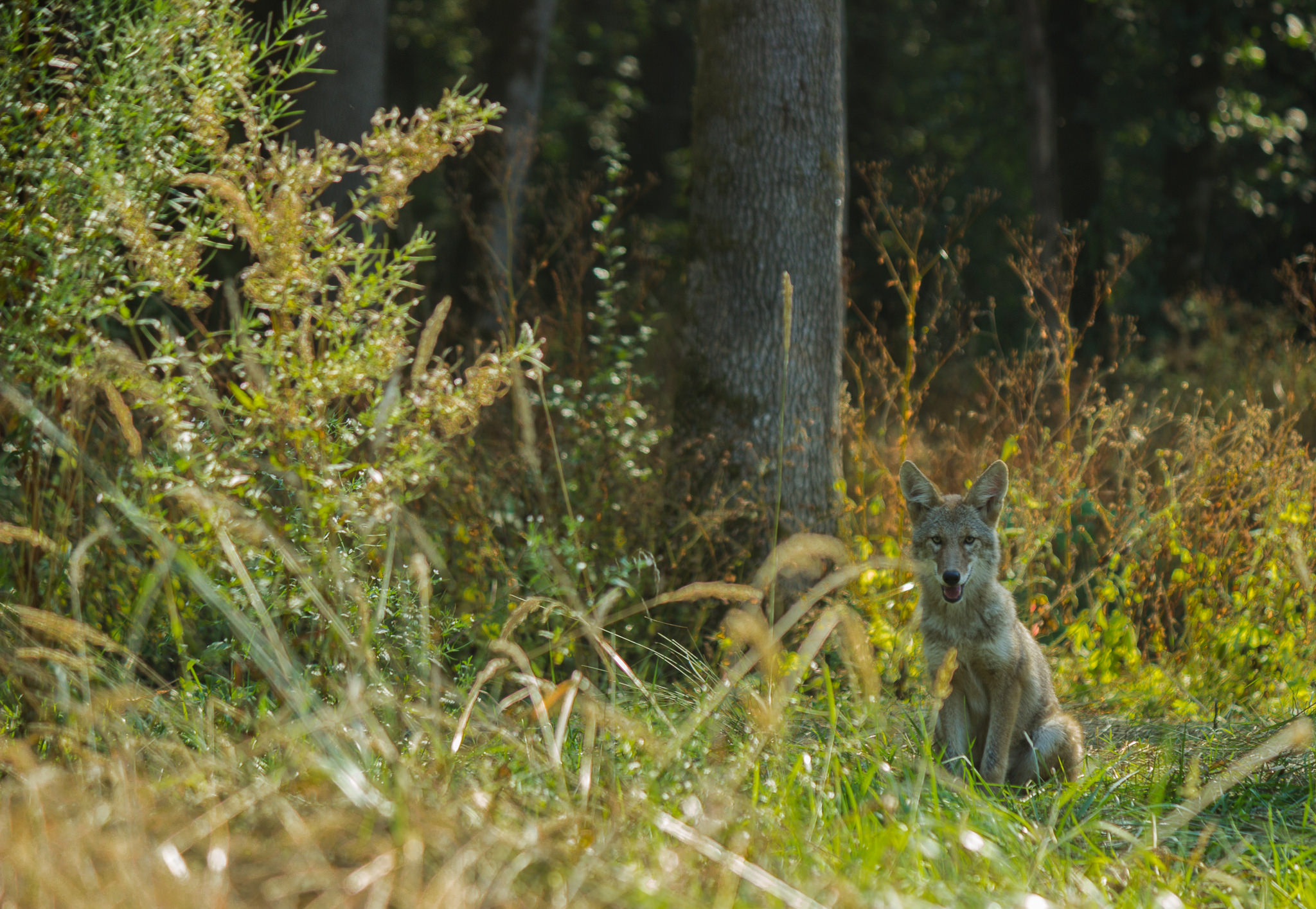 So yes, I was beaten last night, along with my two-legged neighbors and those who yodel on that yet unbroken ridge. My hope is—for us and for you—that we not give up. In these times, challenging in so many ways, it’s critical that we embrace our courageous, compassionate selves and step up onto that continuum of care. Educating ourselves and incrementally changing our behaviors, no matter the arena in which we work, can move us forward to make positive changes.

Some of us will move quickly as a heron strike. Others will turn slowly as the sleepy blink of an owl; but ultimately the quality of all our lives and those of our neighbors depend on our changing together.