Finding Resilience in Nature: A Reflection on the Geography of Hope 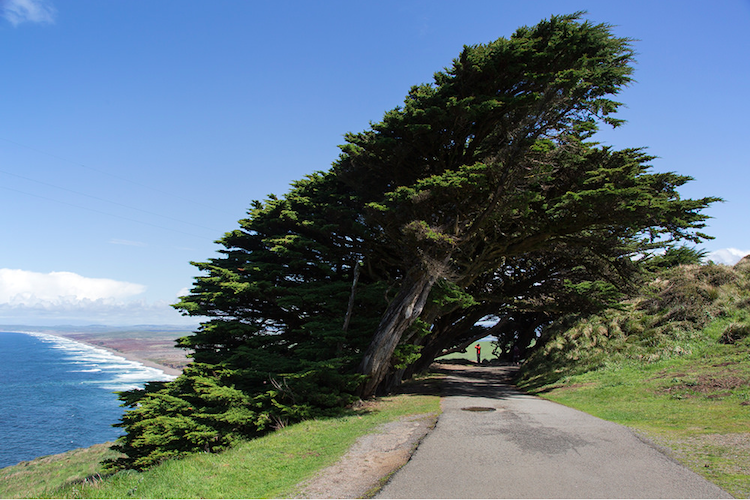 In a small clearing on the bank of the river, under a stand of alders just beginning to bud, the people gather. They form a circle around a thin wisp of smoke rising from the center. Using only a traditional hand drill, several volunteers help breathe fire onto collected tinder. Native American leaders Caleen Sisk and Sky Road Webb offer a blessing, invoking earth, air, water, and fire, along with the surrounding trees that shelter us. The last cool tendrils of morning fog evaporate as the sun rises over the eastern ridgeline, bathing the congregation in warm light.

For me that moment illuminated the geography of hope. 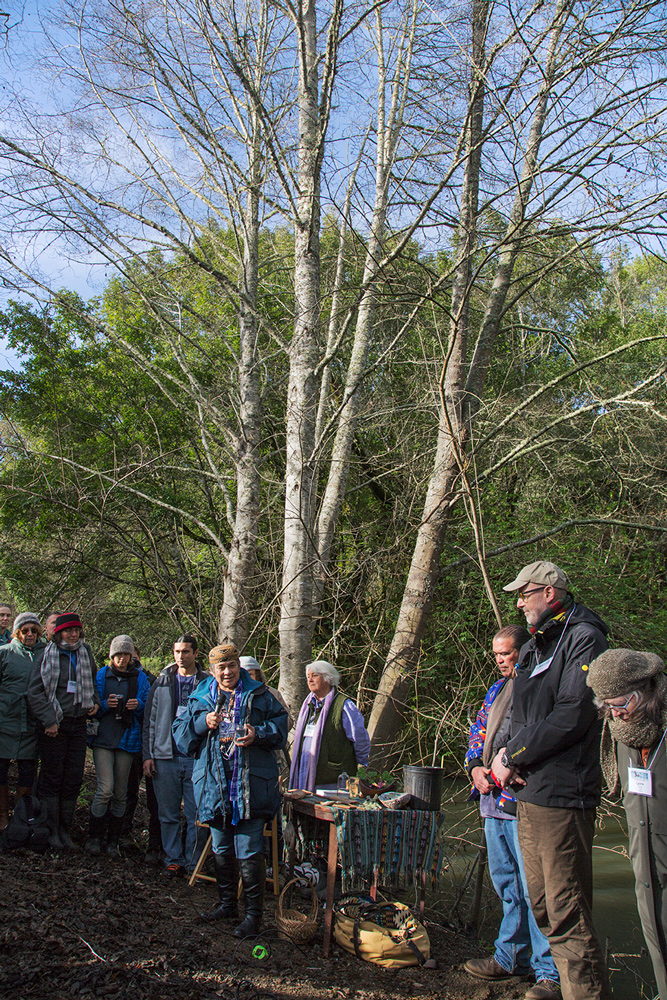 The moment occurred on the second day of a conference entitled “Geography of Hope” (hosted by Black Mountain Circle and co-sponsored by the Center for Humans and Nature), which is held in Point Reyes Station, California. Though the conference was a long way from my home in Wisconsin, I had been intrigued and enticed by the theme: “Finding Resilience in Nature in Perilous Times.” Like so many of the other participants, I felt an urgent need to nurture resilience within, if not outright resistance to, our current cultural and political climate. And while the conference was as inspiring as I had hoped, what I didn’t anticipate was how much larger its message would prove to be.

It is easy and predictable, after all, for a lifelong nature lover to seek comfort in wondrous places. Spending a few days at beautiful Point Reyes National Seashore, which literally surrounded the conference site, may in itself have sufficed—especially for a Midwesterner hungry for an elusive spring. But, I felt there had to be more to the conference than lovely scenery, and there was. 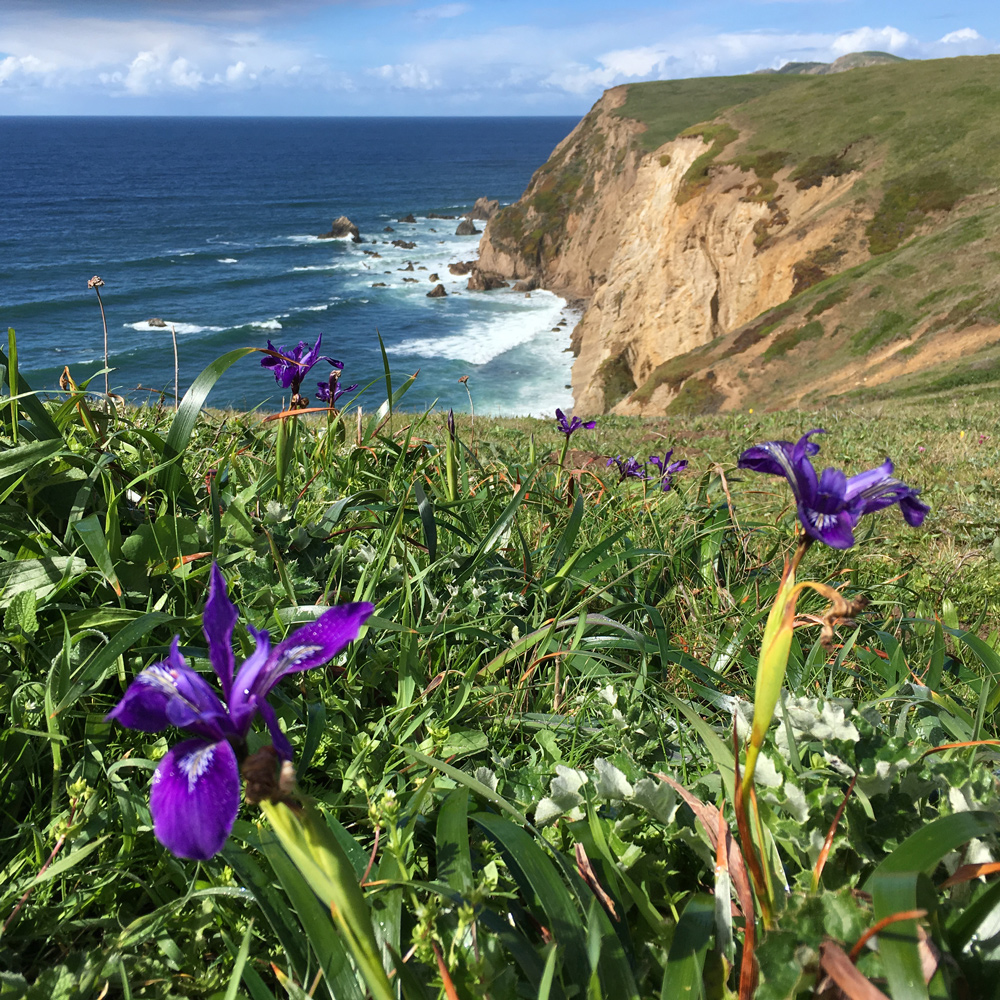 An evocative concept, the “geography of hope” has undergone a transformation. Author and activist Wallace Stegner coined the phrase in his influential Wilderness Letter, which helped to establish the National Wilderness Preservation System in 1964. That letter ends with these words: “We simply need that wild country available to us, even if we never do more than drive to its edge and look in. For it can be a means of reassuring ourselves of our sanity as creatures, a part of the geography of hope.”

Over two days, we heard four distinguished speakers with diverse perspectives on the theme of the conference. No one spoke of wilderness. 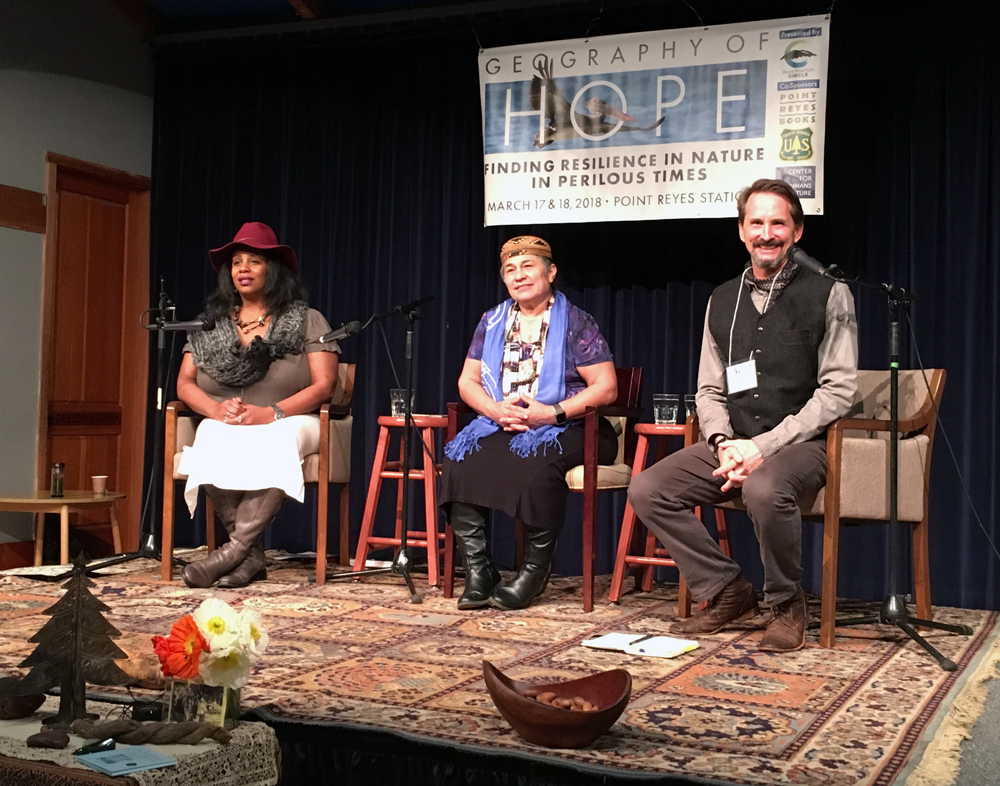 Caleen Sisk is the chief of the Winnemem Wintu Tribe, who were forcibly removed from ancestral homelands flooded by California’s enormous Shasta Dam. She taught us to think like salmon, whose instincts drive them towards a very specific place in a particular watershed. All people, like salmon, require clean water and unpolluted habitats. If we had to drink from a stream, she said, we would take care of that stream.

Author and activist Peter Forbes lives on a farm in northern Vermont. He is the founder of the Center for Whole Communities and former vice-president of the Trust for Public Land. His message—from a comfortable, educated, well-connected white person to an audience that, for the most part, shared that background—was about privilege. Privilege, he said, is an unearned benefit. We need to understand our privilege and use it to improve conditions for all. We need each other, for we cannot be resilient alone.

Rue Mapp, the founder of Outdoor Afro, an organization devoted to connecting communities of color with nature, provided the counterpoint: Everyone needs nature—and wonder. Not only must we affirm the efforts, perspectives, and experiences of indigenous peoples and people of color, but they must be able to see visual representations of themselves and their communities in messages about nature and conservation. Remember, she said, that this is a love story; everyone should feel the love. 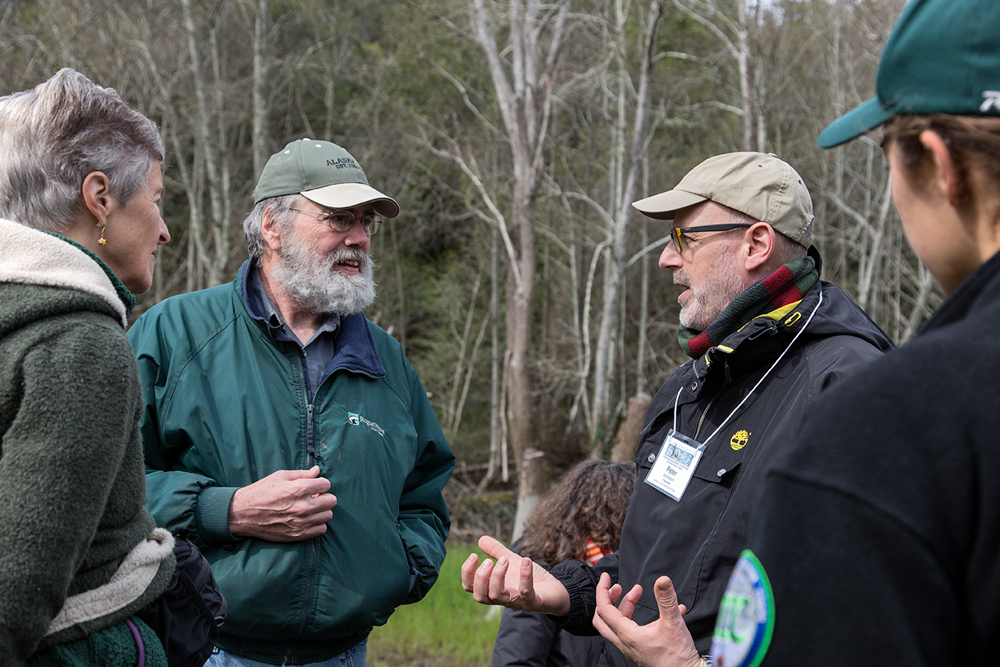 And the final perspective: Thinking like a forest. German forester Peter Wohlleben is the best-selling author of The Hidden Life of Trees: What They Feel, How they Communicate—Discoveries from a Secret World. He spoke with passion and compassion about the intelligence of trees. When you learn that trees experience pain, have memories, and that tree parents care for their children, he told us, then you can no longer simply chop them down and disrupt their lives. A tree is only as strong as the forest around it.

What all of these perspectives have in common is an emphasis on inclusivity and relationships—with other humans as well as with landscapes, plants, and animals. Today’s geography of hope is not an unpopulated wilderness but a landscape lived in and experienced with reverence and respect for the interdependence of all forms of life. 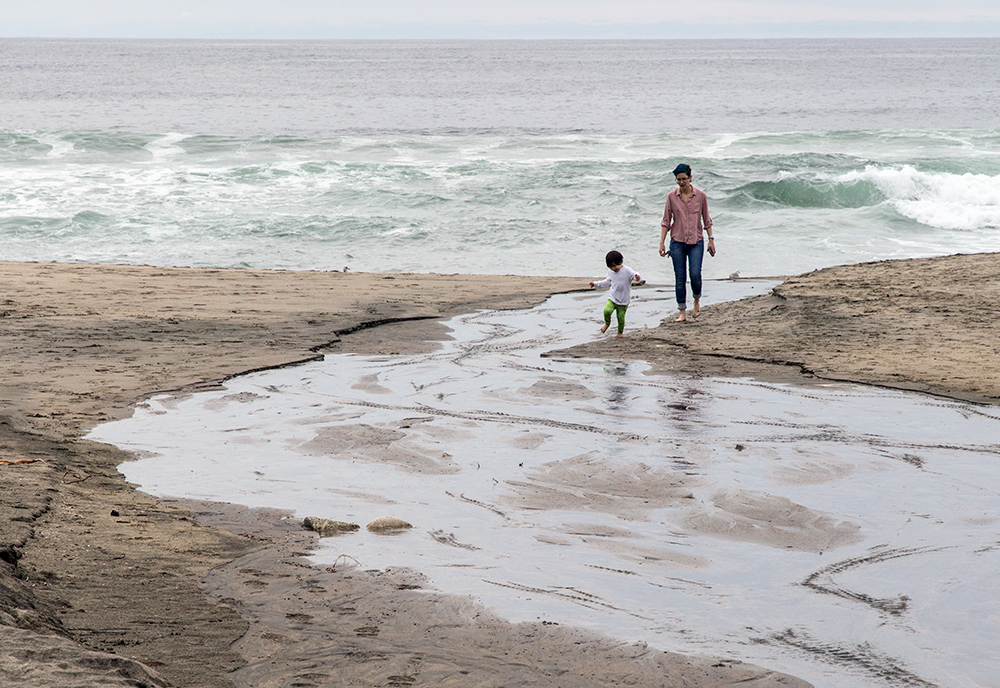 Wild places will always require protection. However, people need nature in their lives, not somewhere far away. A drive-by wilderness is unlikely to motivate action in anyone not already committed to conservation. Nature that we can touch, and that can touch us in return, has the power to replenish the spirit, soothe frazzled nerves, and nurture us. We need to feel it. For we will not protect what we do not love and we cannot love what hasn’t touched us. And we cannot do it alone. In order to protect wilderness, it is imperative that we create a human community that is touched by nature. That is the geography of hope.

Needless to say, this idea is not about a particular place. In fact, it must extend to every place. As Chief Sisk said at the conference: All land is sacred. I have long made the case that parks and remnant natural areas in and near our cities must provide the touch of nature for urban dwellers. It is well and good to travel to Point Reyes National Seashore or the Grand Canyon. I relish the opportunity. But a park in Milwaukee—or Chicago or New York—is as important as the Grand Canyon to an urban kid, family, or neighborhood. I believe that regular encounters with nearby nature have more of an impact than occasional trips to wild places. 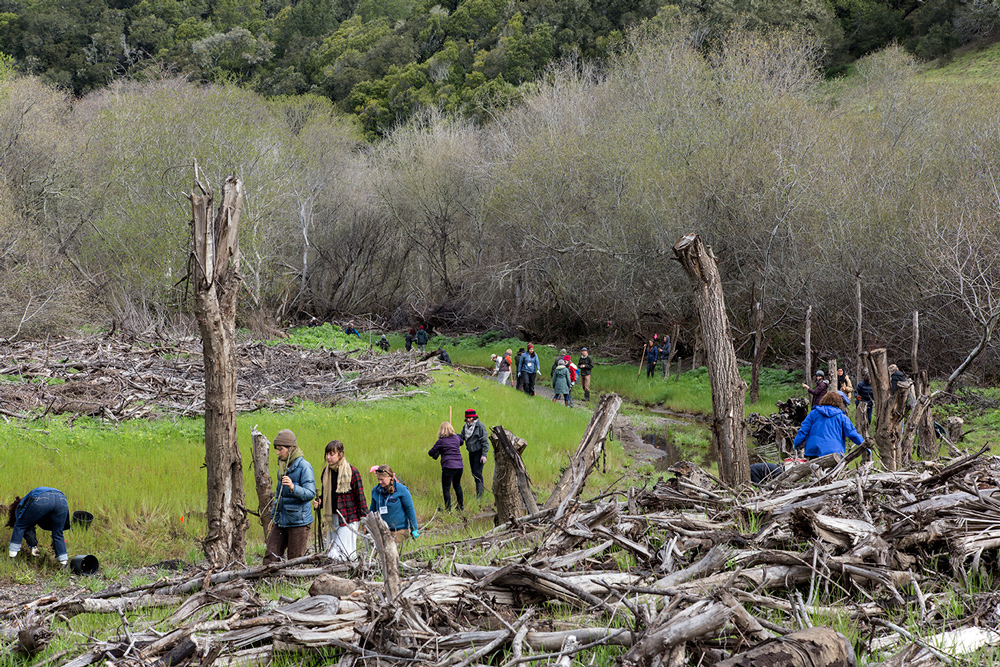 The second day of the Geography of Hope Conference culminated in direct action. Following the early morning blessing around the fire, the participants picked up shovels and planted seedlings that would help stabilize and protect a segment of Lagunitas Creek, which, as it happens, is the southernmost river in the United States with a native salmon population. When we were finished, Sky Road Webb led a closing circle. As the benediction was spoken, someone pointed silently towards the top of the ridge behind us. We turned to look and saw that a stallion had appeared, its gaze unquestionably upon our gathering. No one considered it a coincidence. 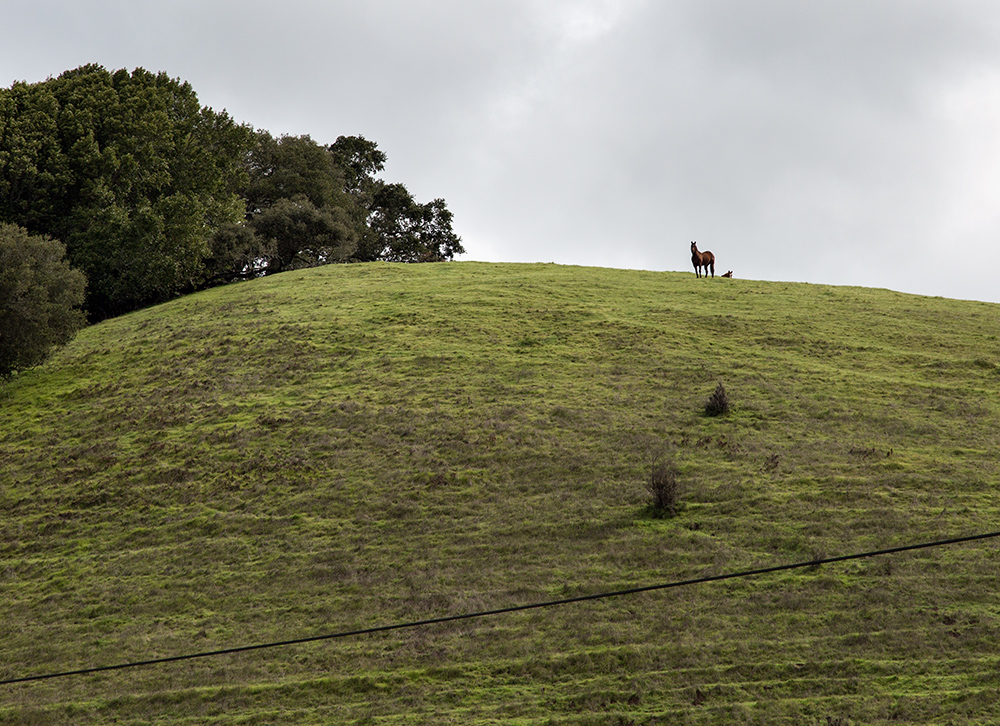 All images are by Eddee Daniel. More of Daniel’s photographs related to this story can be seen on Flickr.