Fire Works—It Has for Eons 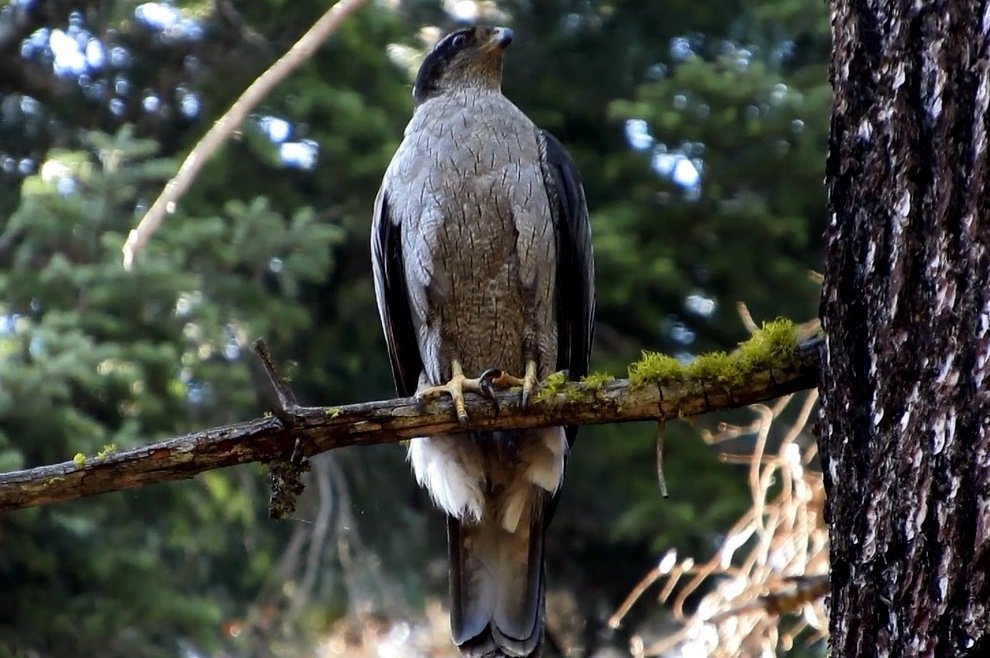 Over 10 million acres burned across the western United States in 2015. Wildfires of the year were declared as among the largest and most severe. But a look back beyond the past few decades reveals a reality that contradicts such declarations. An average of 30 million acres burned annually during the 1920s and 1930s drought years. The 1849 Yaquina Fire in Oregon burned almost half a million acres of forests, the 1910 Great Idaho set close to 3 million acres ablaze, and the famous 1988 Yellowstone fire was over 1.5 million acres in size. These are a few of many in recorded history.

If we could rewind back some twelve thousand years to the early Holocene, hover high above the ground, and press fast forward, we would witness a regular display of lightning-induced blazes below—ample proof has been unlocked from charred plant materials embedded in the ancient sediments under lakes. Punctuated by volcanic explosions of the Cascades Chain, a steady progression of wildfires of all known sizes and intensities would advance through the ages, in addition to those regularly set by Native peoples who recognized their many benefits. Large wildfires have been a natural part of the American West for a long time.

Shortly before the 2015 fires swept across California, Oregon, Washington, Alaska, Idaho, and Montana, I roamed through areas of Yosemite and Stanislaus National Forest where the Rim Fire had burned in 2013. My work was to film and to follow in the footsteps of Chad Hanson, director of the John Muir Project of Earth Island Institute, who was in search of rare black-backed woodpeckers and their nests. The air was full of the songs of wood peewees, lazuli buntings, mountain bluebirds, rock wrens, and mountain quails. They whistled and flickered through the live, fire-swept trees and charred snags (standing dead trees, which grow chock-full of native beetle larvae). A pair of western bluebirds was stuffing grassy materials into an unused woodpecker nest cavity, creating a nest of their own. A multitude of other snags were in use, and vast areas with mature pines that had been presumed dead had bounced back to life. 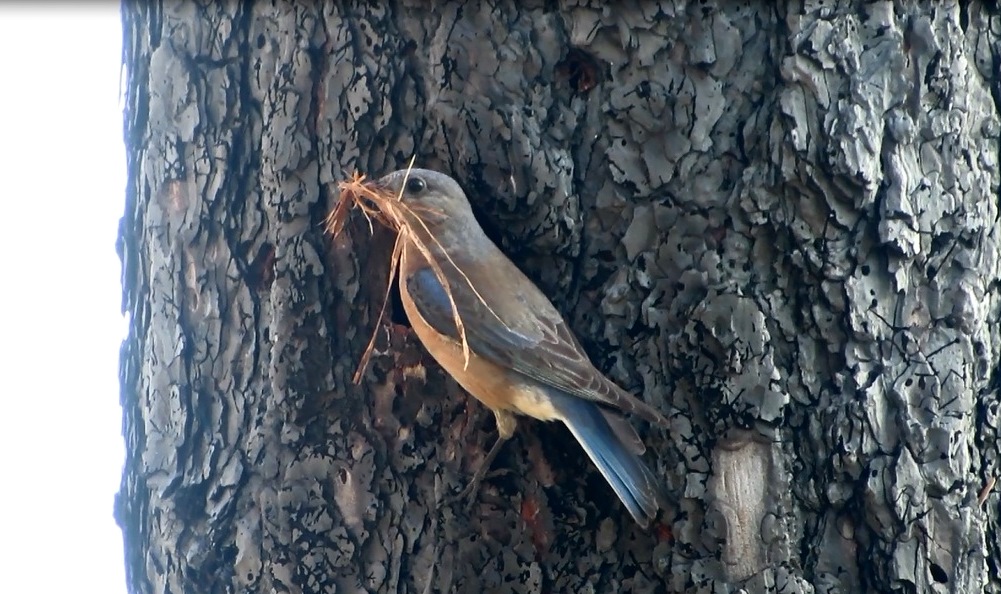 I was pleasantly surprised. Charred forest floors were so thick with wallflowers, lupines, paintbrush, and oak and conifer seedlings that it was a challenge to walk without treading on them. The deer and black bears were back.

The spring of 2015 was the second season of study. Chad Hanson spent the first afternoon offering his team of biologists a refresher in the protocols required to complete a nest-density survey for the rare black-backed woodpeckers. Armed with binoculars and FoxPro high performance callers, we walked through forest plots, playing woodpecker sounds. One week into the surveys we found black-backed woodpeckers, along with their nest cavity full of boisterous young chicks, emitting cicada-like calls.

The surveys were done in tandem with a search for rare raptors. Researcher Tonja Chi found the elusive northern goshawks raising four chicks in a part of the post-fire forest that had burned with low intensity. That number reflects a plentiful supply of food, since the average number of offspring for goshawks falls somewhere between 2 and 2.8 chicks. Tonja Chi and Rachel Fazio found California spotted owls and their chicks. “So this is where all the wildlife is . . . I always wondered!” declared Kevin Kilpatrick, one of the biologists.

But most people who watch wildfires in the news do not give a thought to visiting those forests a few seasons after fire. With the number of burned acres crossing 10 million, 2015 saw a worried buzz across all manner of media, public discussion platforms, the Forest Service, and the U.S. Congress. Wildfires were declared as “larger,” “hotter,” and “more severe.” Debates raged over how to manage our forests for climate change and the likely fires of the future. The culmination of such debates included proposed measures such as the Resilient Forest Act of 2015 (which passed the House in July 2015),[1] the National Forest Ecosystem Improvement Act of 2015,[2] the Wildfire Disaster Funding Act of 2015,[3] and a small but significant rider in the Omnibus Appropriations Act of 2016.[4] Attempting to hop on the Omnibus, this rider contained several provisions from the Resilient Forest Act and called for massive logging efforts in the form of fuels reduction, thinning, and post-fire salvage logging projects across public lands to manage future fires. Interestingly, the common denominator of the measures was the unregulated harvesting (and marketing) of timber. Implemented projects would be largely exempt from analyses of environmental impacts and public inputs, which are normally integral to the process. As it turned out, this rider was finally excluded when the Omnibus Appropriations Act passed in December 2015. A logging rider that weakens the Endangered Species Act was proposed in Congress in 2016.

Both the Resilient Forest Act and the National Forest Ecosystem Improvement Act met with vociferous objections from 262 well-established scientists who sent an open letter to U.S. senators in September 2015.[5] They cited a multitude of studies by U.S. Forest Service biologists and other scientists demonstrating how forests in the west bounce back, beginning a few seasons after experiencing fires of low, medium, and high intensities. Post-fire forests support high levels of biodiversity and a suite of imperiled animals and plants, they added. 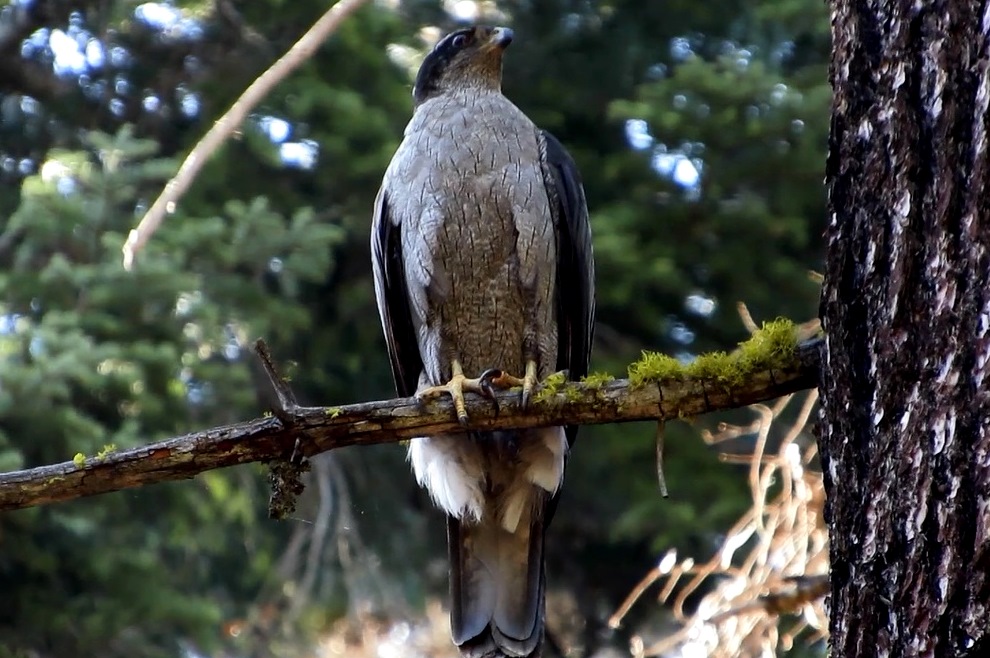 The New Year’s rains have provided moments to breathe and consider the various fuels reduction, thinning, and post-fire salvage logging measures that have been proposed in order to restore forests and to keep homes safer. Records show that a majority of the efforts required to protect homes from fire are located in the vicinity of the homes themselves. The most successful fire prevention plans, defensible space measures, and firefighter efforts focus on the importance of fire safety in roofs, gutters, chimneys, vents, other parts of homes, and the vegetation that surrounds them. Fire suppression and logging projects, based in backcountry areas that are miles away, do little to protect homes.

Thinning and clear-cutting projects are vigorously defended with discussions about the “excess” of fuels in our forests. But long-term studies shed a different light on the subject of forest fuels. The clear-cut areas of the 2013 Rim Fire were the very areas that burned with highest severity, as discussed by Dominick DellaSallaand Chad Hansen, who co-authored The Ecological Importance of Mixed-Severity Fires: Nature’s Phoenix.[6] In another study completed in 2014, Lydersen and colleagues concluded that during a wildfire, areas where the timber had been removed by thinning operations burned as hot as the non-thinned forests, since hot, dry weather conditions promote hot fires.[7]

Out in the backcountry, fire works. A few weeks after the Morgan Fire, Mount Diablo globe lilies, fire poppies (not seen since the mountain’s 1977 fire), and a plethora of other life had made their comeback. A year after the King Fire in El Dorado National Forest, carpets of conifer seedlings rose from the ashes along with three rare plants. One of them, the longfruit jewelflower (first described by Glen Clifton and Roy Buck), had never been sighted in El Dorado.

The rapid regeneration in burned areas is integral to a well-documented phenomenon: fire generates the chemical stimulus for germination in many plants. “Most herbaceous perennials typically flower much more following fire,” observed John Keeley and colleagues in their book, Fire in Mediterranean Ecosystems.[8] Eight years after the Wheeler Fire in Plumas National Forest, mountain lions, deer, and bears were seen roaming through the regenerating forests and aspen groves, which rang with the songs of mountain bluebirds and other birds. Forest Service biologists expressed thrill at the comeback.

Although the lists go on, they are rarely cited by those who propose various logging efforts as the way to manage forests. Studies demonstrating the benefits of wildfire also point to the futility of spending precious taxpayer dollars on management methods that have less to do with restoring forests or with safety than they do with marketing timber. “Fires need to burn to keep our forests healthy . . . the best hedge we are going to have against climate change,” says Rachel Fazio, Associate Director of the John Muir Project.

To discover the rapid comeback of life after wildfire is to realize what the natural world has grasped for eons: wildfires of the American west are agents of rejuvenation and restoration. Native peoples were possibly the first to make practical use of fire, routinely sowing tobacco seeds in the ashy soils. Perhaps it is time for Smokey the Bear to adopt an axiom, “Black is the New Green.”