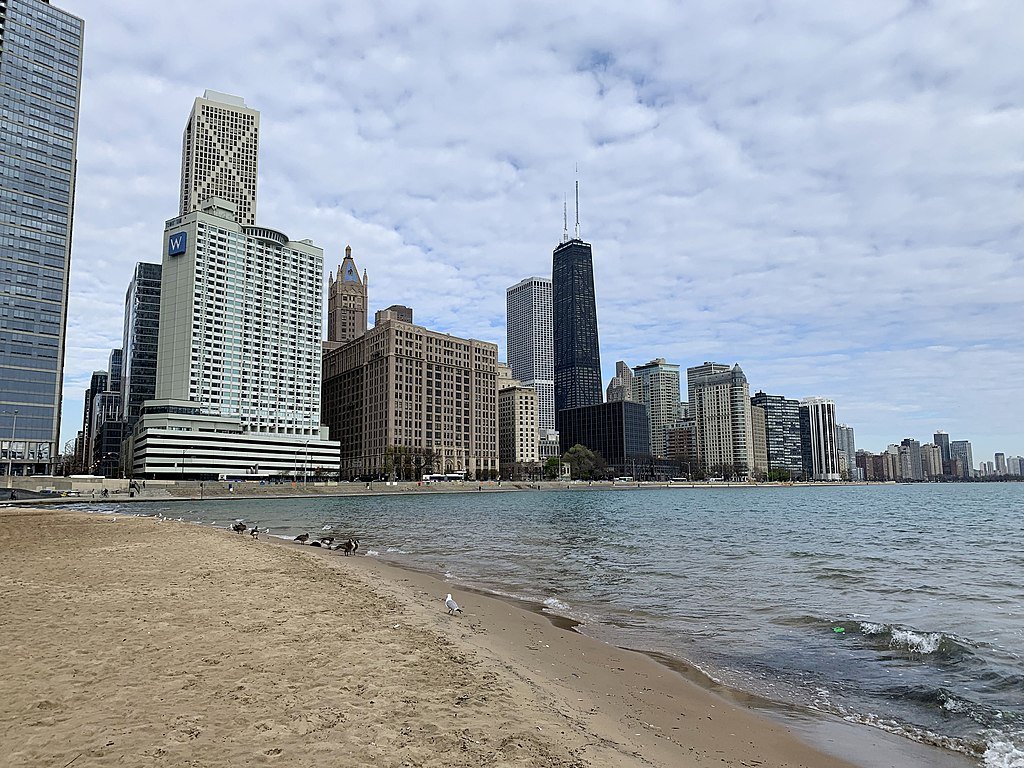 When you bicycle the Chicago lakefront in the early morning, you never know what you’ll see, but you have to be looking. 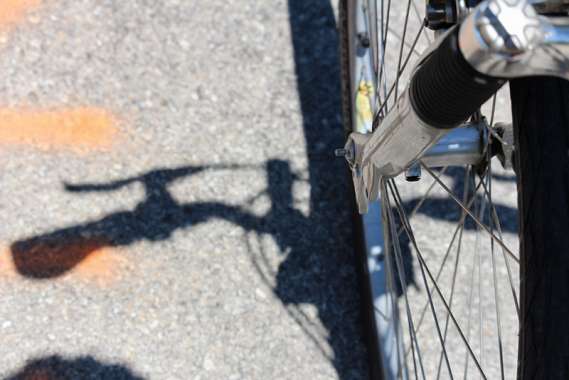 Geese cross on either side of the path at a moment’s notice. Commuters on Divvy bikes begin to fill the passageway–some in pairs–taking up both lanes. Others plugged into cellphones or iPods seem oblivious to my shouts of, “On your left.” Skaters, speedsters, and strollers come later. 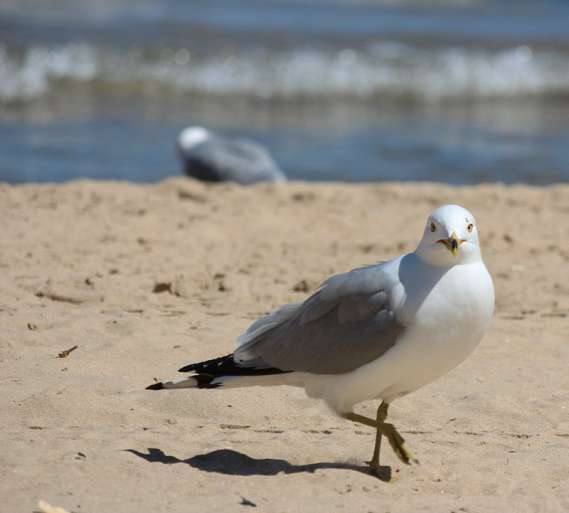 As I near my nine-mile turnaround, I ride no-handed. Just to see if I still can.

Then I see him:

Up to his elbows in water at Ohio Street Beach, he skims the surface with his nose. Twenty-three inches in height. Patient demeanor. Pendant ears. His coat is water-repellant. Wavering back and forth, he bites a gulp of Lake Michigan. 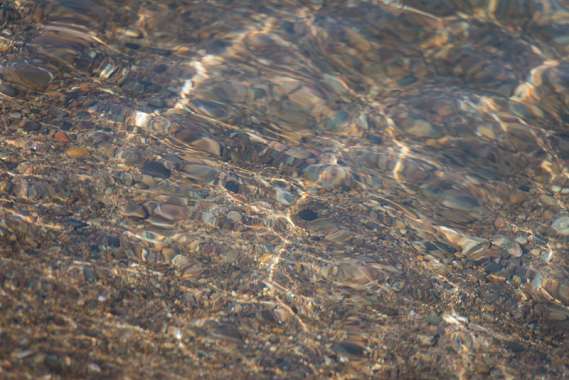 I dismount my bike and stand next to a middle-aged woman with a red leash. She leans in close and whispers, “He’s fishing for minnows! Got to come early or else the cops will write him a ticket. No dogs on the beach, otherwise.”

The golden retriever charts his course based on a five-foot radius. When he dunks for the catch and misses, he moves laterally and begins the ritual all over again. His owner confides, “The doctors thought they’d have to remove part of his jaw due to cancer. I couldn’t do that to him, so I opted for radiation. Look—he’s fine.”

“He seems fine,” I agree. Within minutes, I know her dog is ten years old and has been treated at the University of Illinois vet school; she is childless by design; and her husband has volunteered to drive their neighbor’s ailing twenty-three-year-old cat to the same clinic to be examined.

“Sunny,” she shouts, “you’re getting out too far. Come in right this minute!” Sunny does as he’s told. His white-haired snout emerges for a second, and he lumbers forward, heading for an empty wine bottle lapping along the shoreline. “Watch, he’ll pick it up. He does this all the time. Brings in trash.” Sure enough, Sunny locks his mouth around the neck of the bottle and drags it to the dry sand. “Good dog,” we chime. “GOOD DOG.” He proceeds back to his fishing spot, tail wagging. I notice he’s developed a limp in his right front leg. And before I have a chance to inquire, she says, “This cold water makes his arthritis act up.” 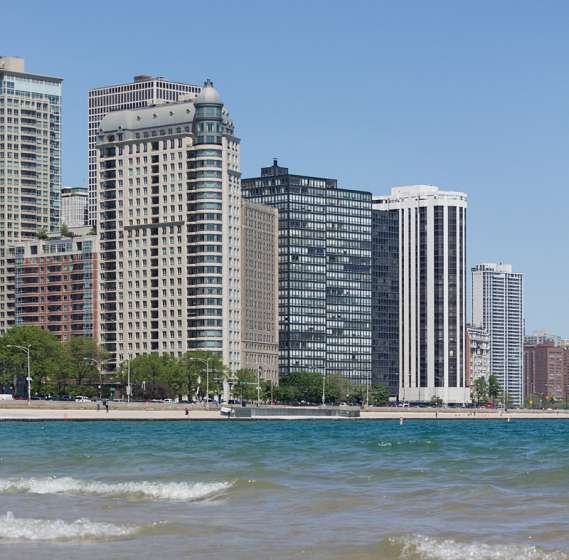 With Sunny’s leash in hand, she waves heartily to the lap swimmers, nearly whacking her cheek with the silver fastener. They appear––the swimmers––like futuristic aquatic creatures in torso-covered wet suits, skullcaps, and goggles. Trudging their way out to deeper water, they slow down past Sunny, so as not to disturb a real fisherman. In waist-high water, the swimmers begin their destination-less laps.

While buckling my helmet, I ask her if they ever go to the dog beach at Montrose. She scowls, “NO, Sunny hates dogs. They scare the fish!” 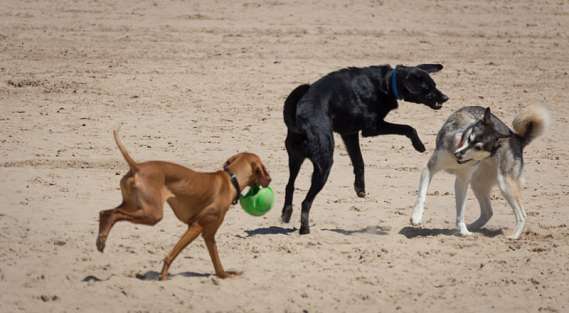 I wonder if Sunny ever does catch a minnow. Or do the fish continue to elude him? It’s probable he has swallowed some over the years, maybe even felt a glimmer of enjoyment as one slid onto his tongue and down his throat. But one thing is for sure, he is vigilant, steadfast—not for what he already sees, but for what he might see.