Fly in the Window, Snake in the Yard 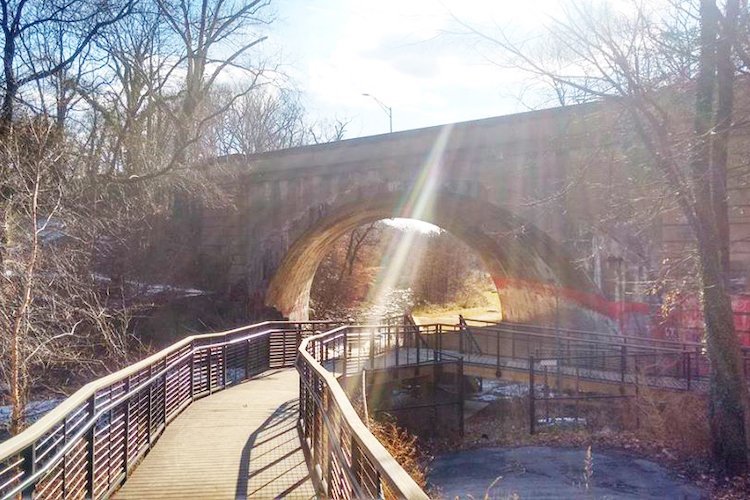 When I first moved to Baltimore from out west, I lived in an apartment on the bottom floor of one of the rowhomes that characterizes housing in the city—homes pressed tightly together the length of an entire block, like boxes of cereal on a supermarket shelf. The house sat on a street that was busy with traffic from early morning till late at night. My apartment rumbled with the passing of trucks and was alive with the noise of my neighbors, through the brick and plaster walls we shared, through my ceiling that served as the floor for the family above.

When the weather was nice, I sat on my back porch that overlooked a tiny back yard, no larger than the examination room at your doctor’s office. An age-gnarled grapevine twisted above the yard on a makeshift trellis made from repurposed water pipes, and the yard itself consisted mostly of crabgrass, dandelions, and the spindles of blue-flowered chicory. 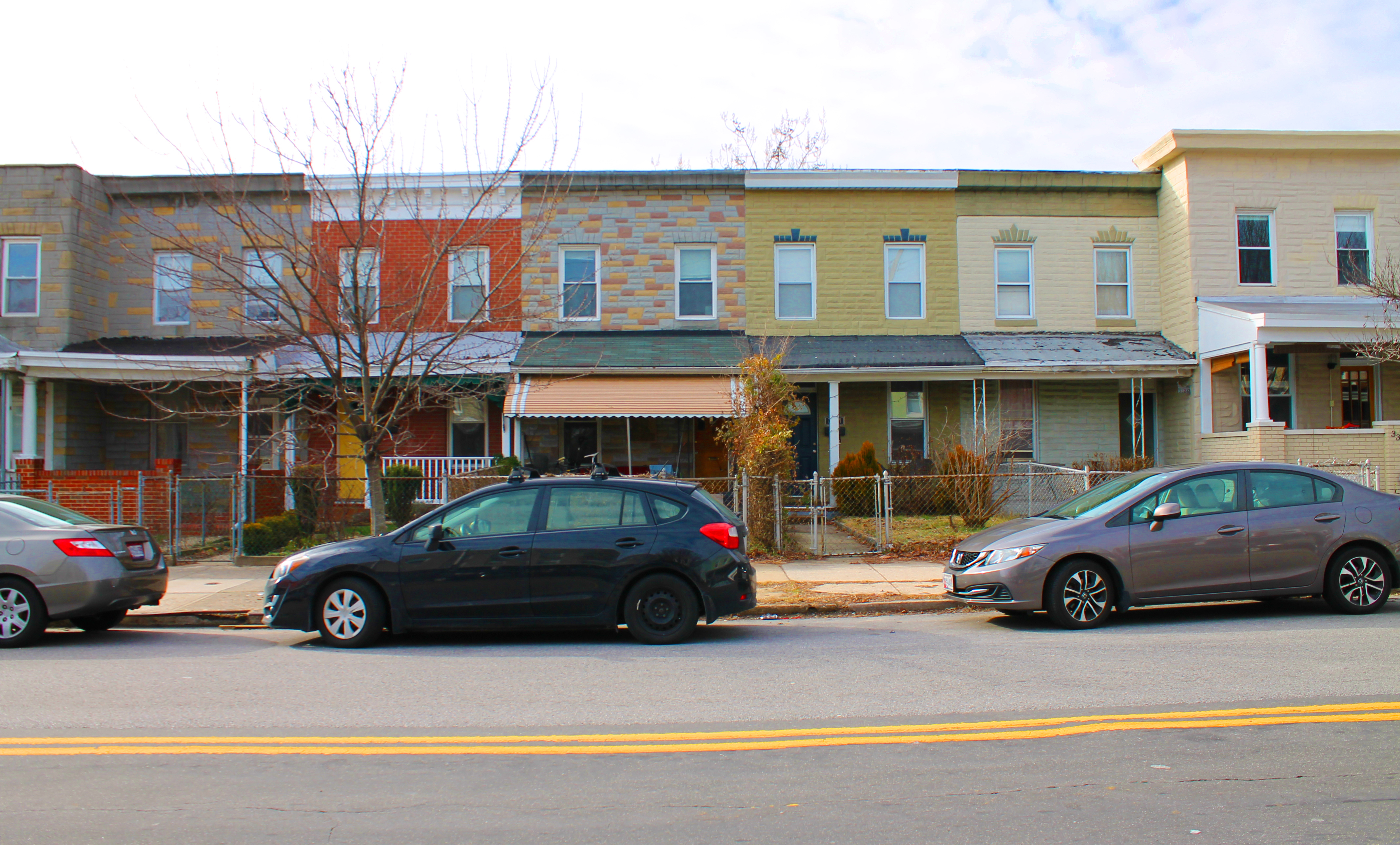 All in all, it was a very urban place, dominated by human activity and busyness, excepting the occasional starling on my cyclone fencing and the rats that ran the alley. It was a pleasant enough spot to live, my neighbors tended to be polite and chatty in that stop-by-the-gate-for-two-minutes manner of the city, though when I wanted a quieter, wilder experience, I got in my car and headed north to the rivers and woods of Baltimore County.

It was with a measure of appreciation then when one morning I was taking out the trash and saw the tiniest sliver of a garden snake slipping through the weeds in my backyard. The snake was less than a foot long, at its middle more slender than a pencil, a white stripe down its cocoa-colored back, dark and intelligent eyes, the red flicker of its forking tongue.

Having grown up in the fields, forests, and marshes of southern Michigan, and, as a boy, a somewhat renowned catcher and tamer of snakes, I gently plucked the narrow fellow out of the yard (you can tell the sex of a snake by its more-or-less even taper near the tail) and held him close to my eye. Since many kinds of snakes, even straight from the wild, are quite relaxed with humans when handled calmly, this one didn’t struggle but rather rested still in my fingers and took a sense of me with his tongue. For a minute or two we visited, and then I put him back in the yard to do his business of eating slugs and coiling up in the sun. 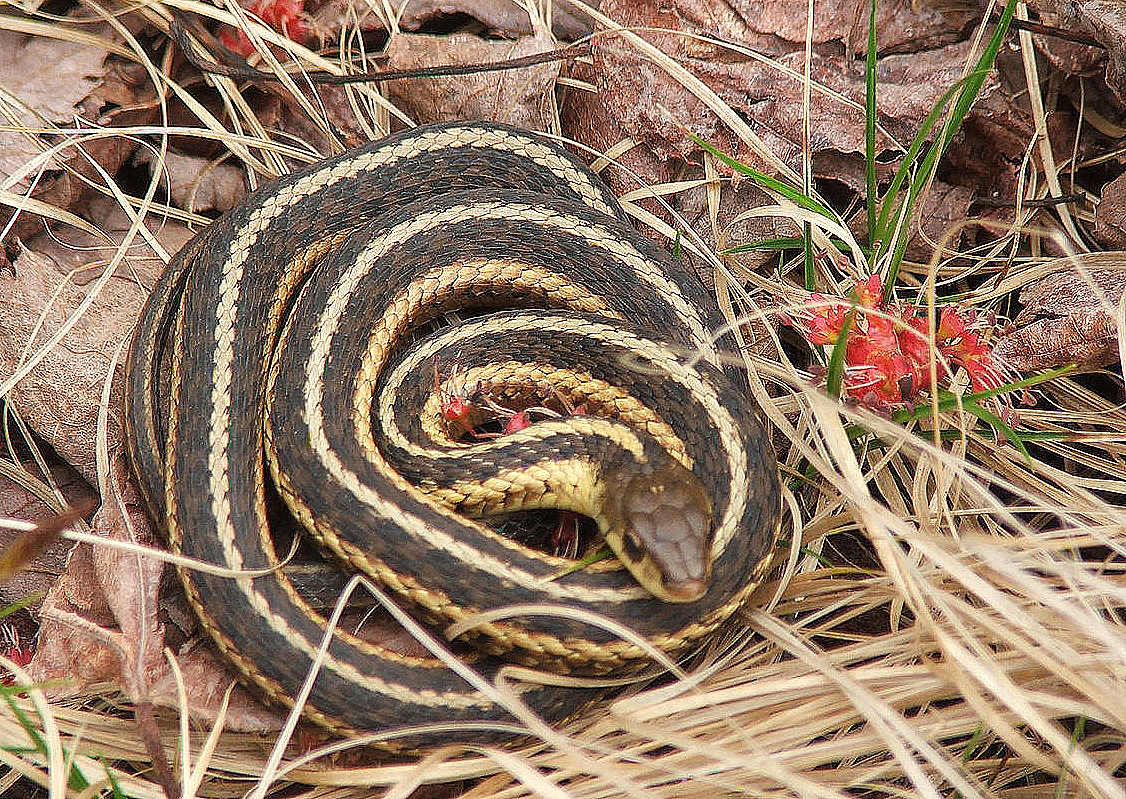 Over the course of that summer, I saw the snake several more times, and several more times I lifted him from the yard, held him a moment or two, and set him back in what must have been some portion of his home range. I came to look for him whenever I was out back and developed quite a fondness for the snake. It felt, to me at least, that we had a kind of bond, perhaps even a friendship, and it made life in the city a little less hectic, less atomized, a more communal experience. Until I found him flattened in the alley, run over by a passing car.

Which brings up an idea I’ve been reading more and more about in my travels about the Internet—that of species loneliness. The term speaks to the alienation people experience when they feel cut off from the natural world, a sense that we humans, as a species, are all alone. Just as social isolation among humans can lead to depression, anxiety, addiction, and many other ills, many scientists, psychologists, and environmental philosophers believe that a loss of connection to a diversity of animals and plants can result in acute loneliness.

In other words, to put it in the obverse, a regular interaction with crows, blue jays, minnows, earthworms, lions, bears, oak trees, lichen, and wild roses provides a sense of community and companionship for humans, a reminder that life exists outside of ourselves, our societies, institutions, and jobs. Spending time with wild animals and plants, observing them, considering what they need to survive and thrive, exponentially expands our sense of family. For many, a relationship with this wild world is a spiritual or emotional one, but scientific studies show that time spent in green spaces relaxes us and increases our feelings of well-being. And it appears that the more biodiverse a green space is, the greater the benefits of visiting it. 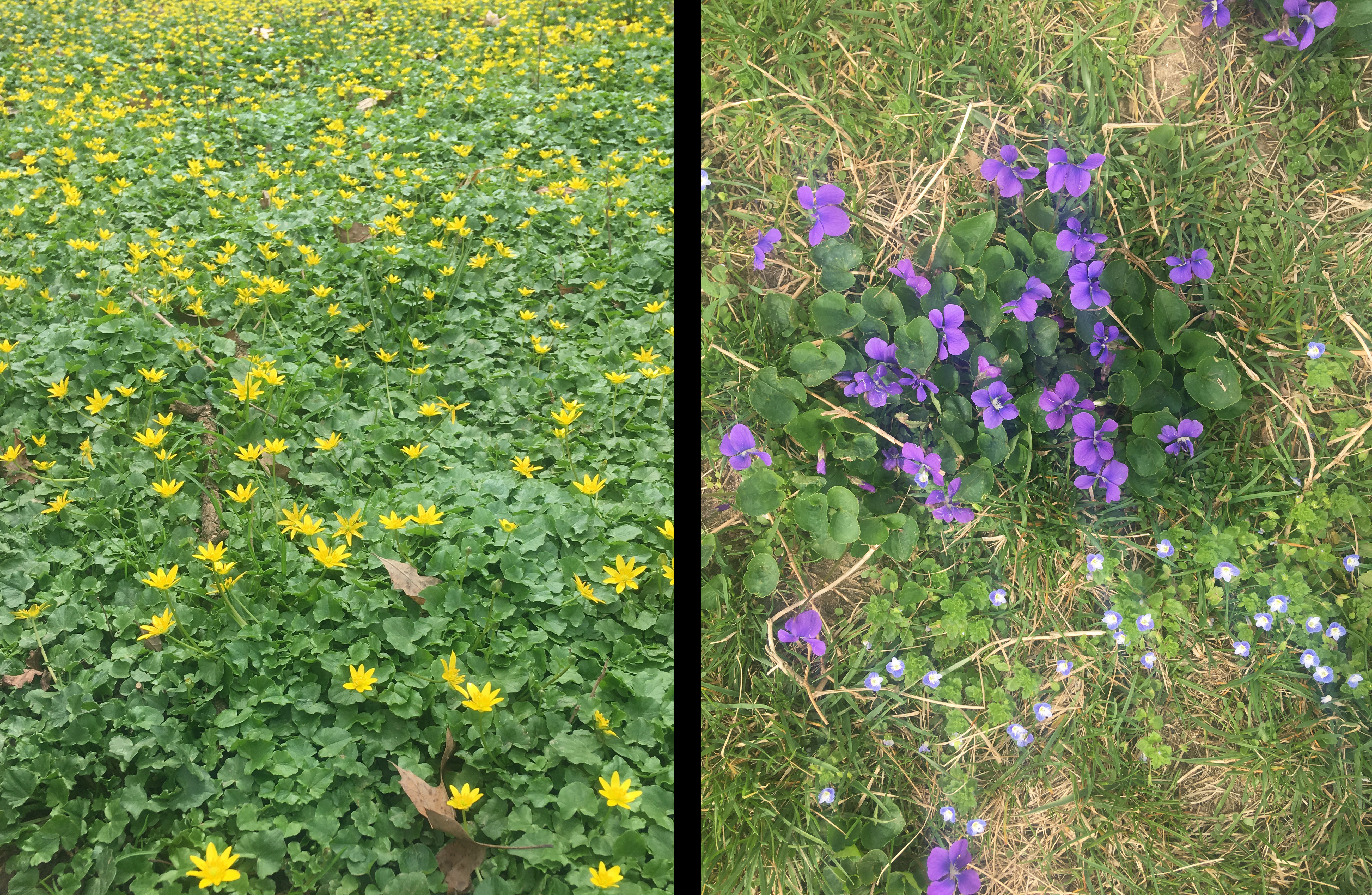 As Thoreau said, “In wildness is the preservation of the world,” and he seems to have gotten that right. But what about a world that’s increasingly un-wild? Where forests are logged or burned at breakneck speed, where reefs are bleached out of their oceans? Where the arctic is a soppy mess? What wild is left in a world undergoing its sixth major extinction, this time largely at the hands of humans?

This knowledge can trigger despair, to be sure, and augurs an even greater loneliness. What will we feel when there are no more elephants, at least outside of a zoo, and no more poison arrow frogs? We can anticipate the sadness when the only grass we’ll see is Kentucky Blue, the last acres of tallgrass prairie lost because the pollinators it needs to survive are dead. As more of our extended family goes into the darkness, grief is inevitable. My own is.

Grief has a companion, though: compassion. It’s in grieving for the gone, for the going, that compassion awakens. We can even be moved to care for our enemies when we see them suffer. In fact, the source of the word compassion is the Latin compati, to “suffer with.”

And to suffer with someone is to be in attendance, present. You have to be fully there—in mind, body, heart—to know that someone suffers and to transmute some part of that pain, through compassion, into relief. As the French philosopher Simone Weil said, “Attention is the rarest and purest form of generosity.” The time and effort that attention requires, even in the face of grief, is the best of gifts. It’s a present that can help, repair, maybe even transform.

In the grief of species loneliness, it is through an attention to the natural world that transformation is possible. Many of us, and certainly me, live in cities abounding in human activity, and the marks we humans make on the natural world are everywhere. Our backyards, once borderless fields or forests before we arrived, are broken into many small plots. The small stream at the bottom of the hill that bounced merrily over mossy stones and through banks of oak and primrose now slides through concrete chutes and carries the poisonous runoff of roads.

But look, there are menageries of life before you! Take a look into that stream and see, in some quieter pool, the darting minnows—creek chub, blacknose dace, white shiners—fish that have adapted themselves to enclosed and channeled waterways, to survive despite the pollution that pours out of our modern lives.

And look! Is that a snake in your yard, sliding her or his way through your fence? Has a housefly flown fat-bodied through your opened door to rattle in your windowpane? Take a moment to watch her, the iridescent blue of her body, the delicate web of her cellophane wings. Learn that the common housefly is thought to have been carried by humans to all the corners of the world from their origins in the Middle East. Before swatting, consider the fly is an animal, no more or less so than a polar bear on an ice floe, a wolf bounding across the mountainsides of Yellowstone. 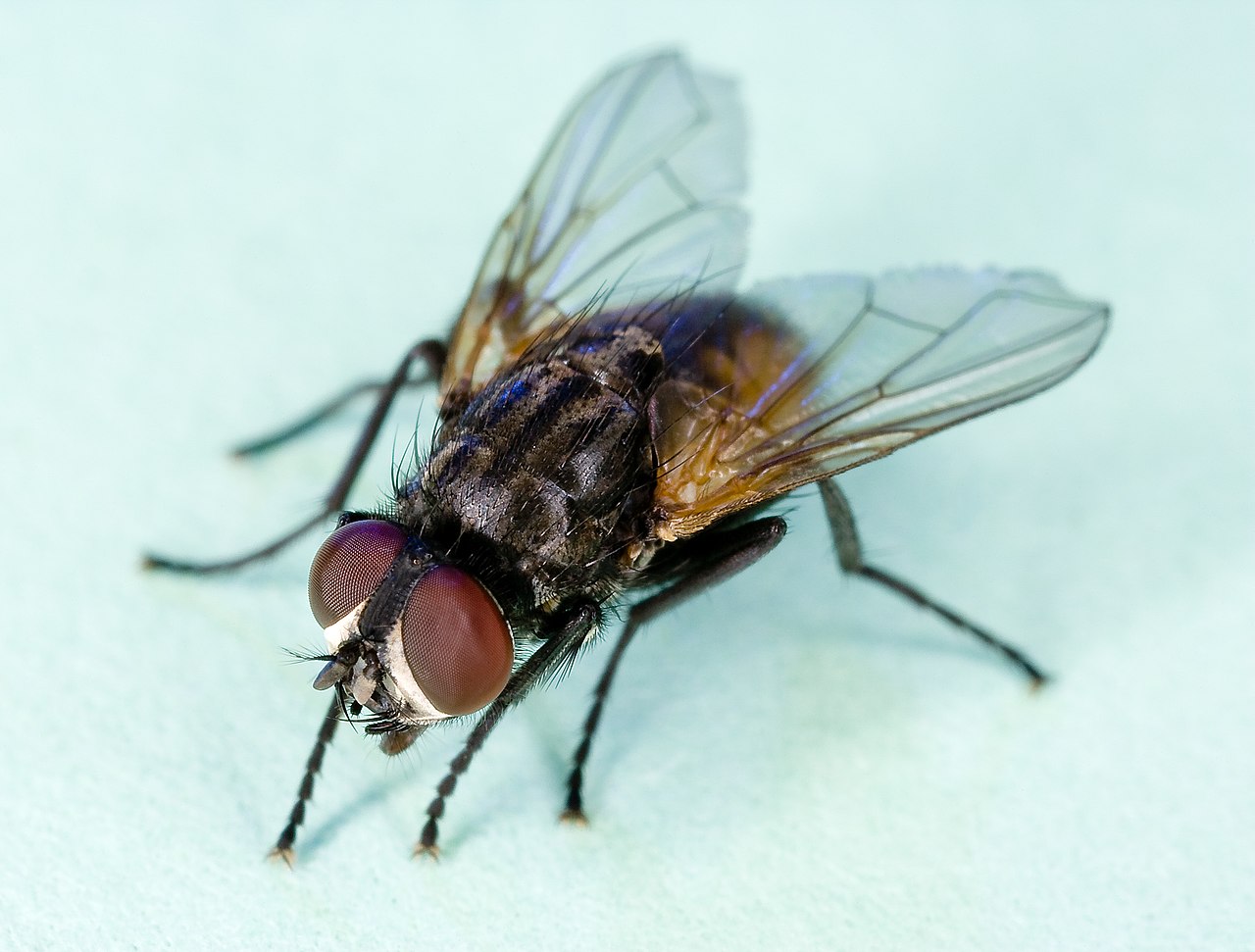 Encountering a wild community of animals and plants is as easy as opening your eyes and ears, no matter where you live. Although remember, easy as carries the caveat that attention takes time, effort, an open brain and heart. It takes practice. And it will take your compassion as well. Watching trout jump in a wild stream among towering pines and azure skies is one thing; tracing the route of an alley rat or a minnow in a trash-strewn stream is another. That stream, and all its denizens, can break the heart, cause the mind to close. We don’t like to think of the destructions we’ve visited on our wild community.

But also remember: Here, right here, is where our loneliness can begin to end. All of these plants and animals, these urban trees, sidewalk beetles, pearl-winged pigeons, are our neighbors. They are the beings we spend our lives with, even if we don’t take much notice. Yes, traveling to the green of a forest preserve is great for our minds and bodies, an act of self-repair. But so too is taking note of the life, and the sad death, of a common garter snake. Of the plight of the honeybee and wasp. Of the moss, Bryum argenteum, living out some precarious existence at the edges of a sewer grate.

As we turn our attention to these often unheralded creatures, we will feel the sorrows of our natural communities. And we will find that, in that effort, our compassion rises. We will want to protect and nurture the flies and polar bears with whom we share our world. And we will also come to see that we are not alone, far from it. We will be gladdened to notice the world in its profligate bounty. Our sadness will rise alongside our compassion within the same backyard.