I haven’t caught a single grasshopper this summer. It is for lack of trying.

When my kids were little, it was easy to find good quality nature time. Tracking grasshoppers was a great way to spend an hour or two. I recall a rainy spring day spent rescuing dozens of worms from ankle-deep puddles, my son and I both dressed in boots and raincoats, a giant umbrella encircling our world. I don’t know that the worms needed our help, but we had fun imagining they did. 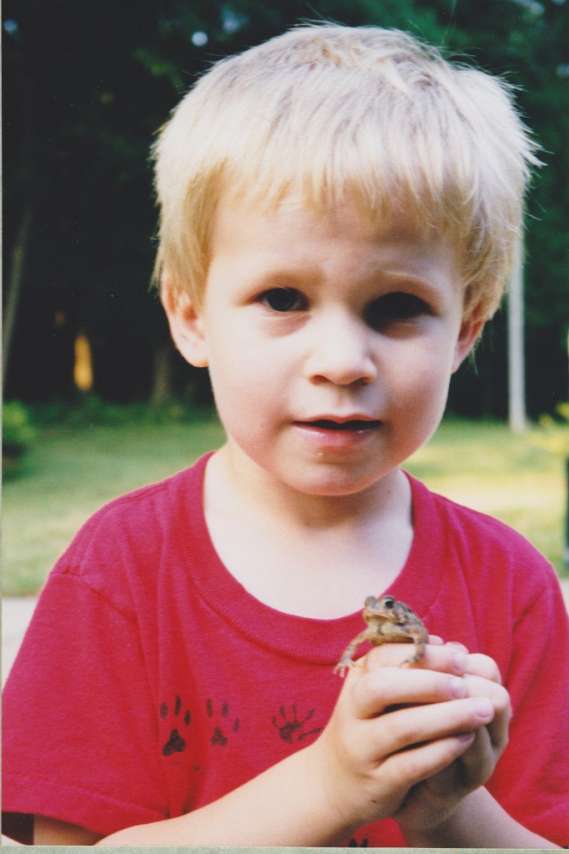 For a while there, we were expert frog-catchers. Every night—and I mean every night—we would wander down to the pond at the end of the block. My son held an increasingly filthy frog net; I pushed my daughter’s stroller. I wonder how many times we rounded that pond every night. Ten? Twenty? The stroller, long since donated to my nephew, still has remnants of fishing line wound hopelessly around the wheels.

How I loved frogging! I don’t like to brag, but, honestly, I was the best spotter, again and again finding a pair of eyes, just eyes, peeking out above water level. And my son was the best catcher, sneaking quietly up, ideally behind a large plant, and swooping the giant net down in one smooth motion. Some nights we caught over a dozen frogs. We’d admire them for a few moments, then let them hop back into the water. 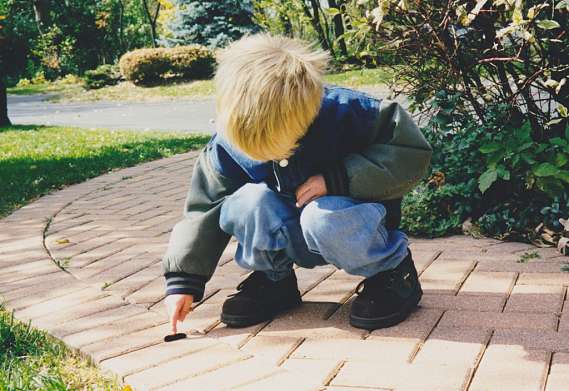 I haven’t been frogging once this summer. My children are teenagers now and they’d be mortified to be spotted at the pond with their mom. Puddle-hopping and grasshopper-catching have gone by the wayside, too.

Once happy to spend the day exploring a beach or going for a long bike ride, now my daughter (my youngest and most recent playmate) prefers to text or hang out with friends. I may need to borrow a younger child from a friend. I’m in need of some good wholesome activities. Anyone want to paint some rocks?

When we finally got a good snowfall last winter, I had to coax my kids outside. I knew they’d never consent to building a snowman, so we built the Sears Tower instead. Okay…Willis Tower. Presented as an engineering challenge it was acceptable. Presented as play it would have been rejected. I was ridiculously proud of our end product. 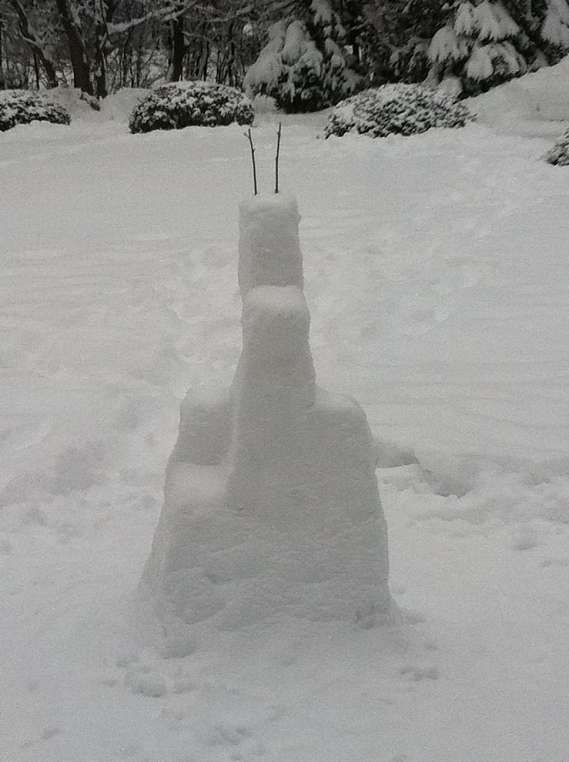 In talking with other parents, it seems that once children reach a certain age, it’s hard to find acceptable ways to spend time together in nature. Throwing rocks in a stream just isn’t as fascinating as it once was. And the lightning bugs in our yard are now utterly undisturbed.

How can I continue to nurture my children’s relationship with nature?

I don’t want them to get lost in the world of cyberspace. I want them to be attuned to the natural world: to feel the moon’s cycles, to revel in a cicada symphony, to be enchanted by the wings of a dragonfly, to wonder at the majesty of the night sky. But did we make a point to watch the Perseid shower this August? No, no we did not. My daughter, instead, wanted to watch the Teen Choice Awards. Sigh.

I grew up near the beach. When things weren’t going well at school or at home, I found solace in the solitude of a beach walk. I want my children to have that same sense of healing I know nature can provide.

I can’t force it on them. That never works. Instead, I try to find age-appropriate ways to keep them in touch with nature. And so we’ve gone from frog-catching to rafting the Grand Canyon. Seriously. This last summer, my son, now 17, rafted the bottom half of the Grand Canyon. For the second time. He’d done it two summers ago and was eager to go again.

Is this what it takes? Must we always up the ante? Must time spent in nature now be a thrill ride? 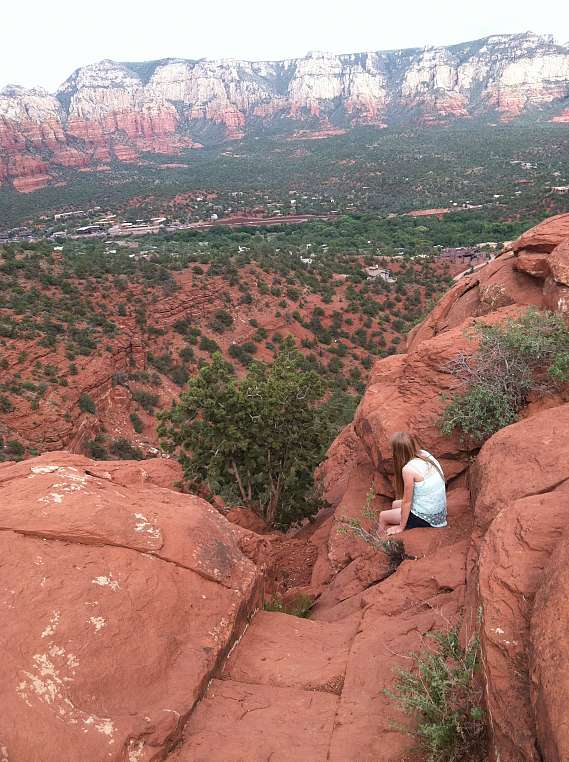 While my son risked his life, I distracted myself by camping in some of our western national parks with my daughter. She spent several entire days unable to text. Several. Entire. Days. And survived. Perhaps she even managed to forget about it from time to time, say, as the thunderstorm raged over our tent, or while floating lazily in a silty creek.

Reunited after our separate nature experiences, we all headed west to Joshua Tree National Park. It was here that I had my favorite exploratory moments of the summer, bouldering with my kids. They challenged themselves to reach the tops of the rock mounds, trying time and again to find a way upward. It was easy and hard at the same time. And both of my kids were entirely engaged, physically and mentally, in the venture. It was a salve for the wounds inflicted by cyberspace.

We continued west, bound for Los Angeles, to take a tour of UCLA for my high school senior. I’d been dreading the traffic and congestion of the city, particularly after nearly two weeks of quiet. But after we toured the campus, after we placed our own hands in the famous celebrity handprints, and after we made a pilgrimage to the Hollywood sign, we retreated to our hotel near the beach. And it was here that our trip came full-circle. Presented with choices like taking a celebrity home tour, seeing Universal Studios, or visiting Disneyland, we opted instead to spend our time on the beach.

Ironic, isn’t it? That we had to go to Los Angeles, city of smog and smut, to discover that what we really craved was time on the beach. Roaring surf, mist in the air, sunshine, sand between the toes.

And, again, I found my solace. Perhaps we all did? 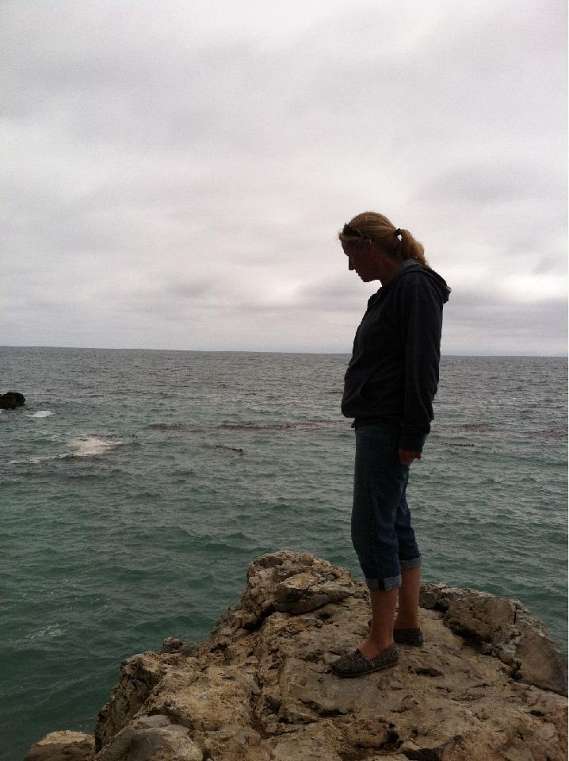 I still don’t know how to keep nature in my teenagers’ lives on a daily basis. Maybe some rock-climbing near Devil’s Lake? Trying out some kayaking on the Chicago River? Some good, old-fashioned beach-walking? But I am happy to see that, given the choice, they won’t turn away from it. They might actually seek it out.

As for me? I think I might head down to the pond tonight. By myself. Frog net in hand.

A great non-profit educational adventure on the Grand Canyon: http://www.gcyouth.org/