Happily Ever After? Translocation as a Solution to Human-Wildlife Conflict

Knock, knock, knock, knock, knock, knock! I rapidly pound on the window that looks out onto my tiny city yard, bordered by the alley. As I’m getting ready for work, I spot my current arch-enemy: a juvenile squirrel that is determined to destroy my recently-planted flower boxes. “Ha! I’ve caught him red-handed!” I think to myself as my dog excitedly jumps up, hoping to help. The irony of this interaction is not lost on me. I am a biologist who not only studies how wildlife lives in cities, I also study human-wildlife conflicts.

The overlap between humans and wildlife in cities is greater than it has ever been. Urban areas are expanding, creeping into natural wildlife habitat and bringing with them a mosaic of green space, roads, buildings, sidewalks, and other forms of human disturbance. Many species have risen to the challenge. They have responded by adjusting their movements, behavior, and feeding habits to take advantage of this highly altered landscape. But unlike the animals we live amongst, we humans have taken longer to adapt to our wild neighbors.

When species struggle to share limited resources, such as food and shelter, conflict is inevitable, and the problem is not going away. Conflict between people and animals can come in many forms. It can be rabbits eating a gardener’s vegetables. It can be a skunk denning under a porch and spraying a curious pet. It can be a family of raccoons taking up residence in an attic because it’s a warm place to raise their young, all the while causing extensive (and expensive) damage. And it can even be the rare, but serious, occurrence of an animal attacking a human.

Translocation, or moving nuisance animals to another location, is a widely used technique for dealing with human-wildlife conflicts. From bears in Colorado to armadillos in South Carolina, translocation is used to manage a variety of species because it is thought to be humane, but we really don’t know much about the fates of individuals. Taking animals “out to the country, where they belong” sounds nice, but the reality is that most of these animals were born in the city. They have learned how to live in the city. And by taking them out to a completely new landscape, we could be putting them at risk.

Translocated animals must find shelter, food, and mates in an unfamiliar place. Increased movement can put them at risk for vehicle collisions, predation, and competition from resident animals and humans. If an animal has lived in the city all of their life, do they know how to find food that isn’t out of a dumpster, or a vegetable garden? Do they know not to forage too far from their den because a coyote could be lurking? Do they make a beeline to the nearest house, because being around humans is all they know? (For those interested, this is referred to as natal habitat imprinting.) And does removing an animal actually solve the problem? Often another animal moves in just as the territory is vacated. 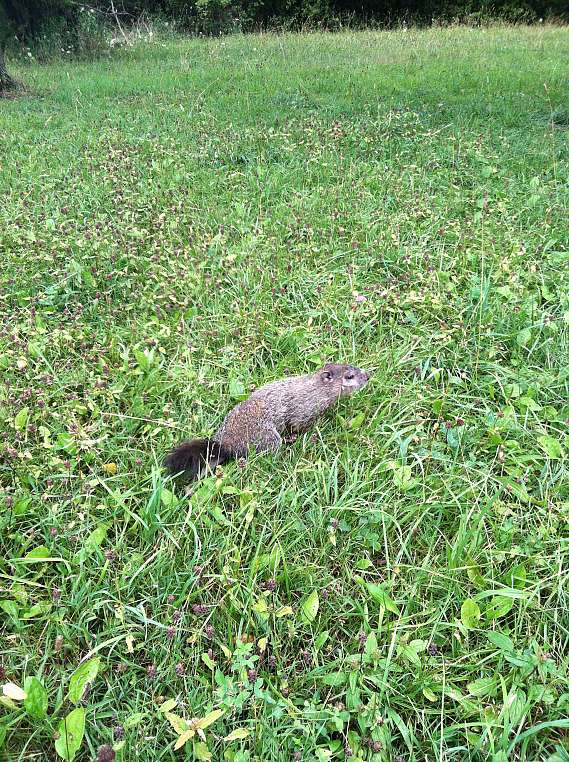 We (the Urban Wildlife Institute, and researchers from the University of Illinois and the Forest Preserve District of DuPage County) wanted to learn more about what happens to translocated wildlife by studying the woodchuck (a.k.a. groundhog, Punxsutawney Phil), a relatively common nuisance animal in eastern North America that is frequently translocated. With a penchant for vegetable gardens, and a knack for digging extensive burrow systems, woodchucks are the scourge of many homeowners, gardeners, and farmers. But what happens to them when they are translocated? Is it always a happy ending for everyone?

To try to find out, we tracked translocated woodchucks (and compared them to a control group). The most effective, albeit challenging way to understand survival and movements of animals is to use radiotelemetry (or GPS if you are really fancy). Each radio transmitter, attached to an animal, emits a unique frequency (like a radio station) that you tune into using an antenna and a receiver. Radiotracking gives you incredible insight into an animal’s movement pathways and the obstacles they face on the landscape. As you tune out the world and walk toward the increasingly strong, repetitive beep, you consider the decisions the animal made to get to their current location. Did they cross the busy four-lane road, or did they use a culvert? Did they cross the more risky, open field, or did they stay hidden by creeping along the wooded edge? There’s nothing like hearing that first beep of a radiotransmitter after spending hours (and, sometimes, days) looking. If you are a seasoned tracker, your ears get used to picking out beeps from the static—sometimes you dream in beeps. And although you get a lot of stares from people while wielding that antenna, there’s no better way to get to know your study animals than by radiotracking. 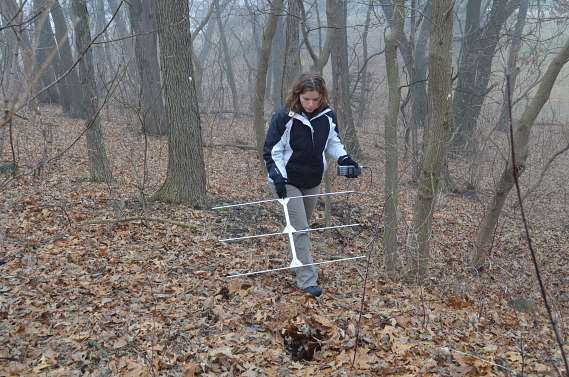 Several of these translocated woodchucks stand out in my mind. One we called “Ronnie” (yes, I name my study animals). Ronnie was one of the first, and she was going places. Immediately upon release, she took off, and unlike most of the others, she went far! Within the day we had lost track of her as she crossed agricultural fields and woodlots, making her way toward urban development. I finally tracked her down in a suburban housing development. There was a nice pond adjacent to a home, and she was hunkered down there. I had looked for her for days, thinking I was never going to find her. I just happened to turn down a street, and there it was, a very faint BEEP! At this point she was over three miles from the release site (pretty remarkable for an animal the size of a large house cat). For a week or so she moved around between several backyards, crossing a busy two-lane country road multiple times, until one day she was hit by a car. Although I try not to get attached to my study animals, I couldn’t help but feel sad the moment I heard the very loud signal (suggesting she was close, and above ground). I pulled up slowly and saw her lying motionless on the road. She had only survived nineteen days post-translocation. 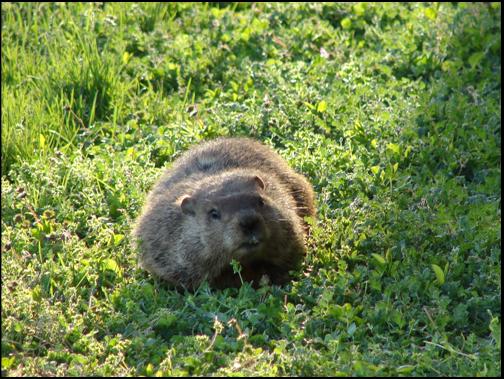 For many species, the outcome of translocation is a mixed bag. It tends to be the more flexible species that do better (those less picky about food or shelter). Although some animals die from translocation, some survive. And it is worth noting that the chance of surviving translocation will always be higher than euthanization (a more common alternative to translocation). Some might even have the chance to reproduce if they are able to find mates.

But as is clear from Ronnie’s story, translocation does not always have the happy ending that people expect. Certainly in cases of extensive damage to property or human safety, removing the offending animal might be the only option. But in the other cases, what if we considered tolerance, prevention, and exclusion first? What would be the survival of a nuisance animal if it were tolerated and allowed to remain in its home territory?

I think about this often as I try to share my garden with the neighborhood squirrels. It’s not always easy, but I know my life is enriched by seeing the squirrels, rabbits, raccoons, deer, coyotes, opossums, hawks, songbirds, and countless other species that also call our city home.