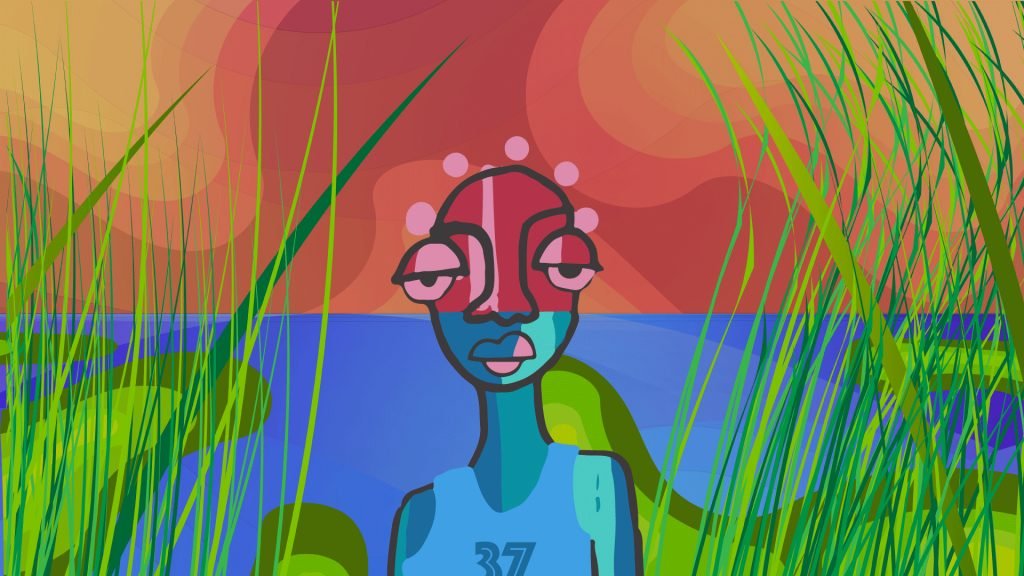 “….what we are struggling against is that death in the heart which leads not only to the shedding of blood, but which reduces human beings to corpses while they live.”
–James Baldwin, “Nothing Personal” 1964

I grieve Black Death. Not the plague of the Middle Ages but the continued untimely demise of so many who have had their lives violently taken in our communities—and the living death of those who are near them.

We all know that death occurs when the heart stops beating—the rhythm of life. I also worry about that death in the heart of which Baldwin wrote so eloquently: the numbing that follows the staccato of gunfire, wailing mothers and hand-wringing politicians—the death of our ability to care about our fellow humans—and what that emotional paralysis subtracts from all of us.

Over two-thirds of the country’s most populous cities have seen more people killed by the hand of another in 2021 than the previous year, according to a CNN analysis of over forty major cities.[1] According to the Centers for Disease Control, homicide is the fourth leading cause of death for Black boys and men—the top cause of death for young Black boys and men (those younger than 44 years old).[2]

Think about what that means.

Baldwin, who has been gone from us since 1987, would not have been surprised. Because, sadly, little has changed. “The America of my experience has worshipped and nourished violence for as long as I have been on earth,” Baldwin wrote in the 1964 essay, “…if a society permits one portion of its citizenry to be menaced or destroyed, then, very soon, no one in that society is safe. The forces thus released in the people can never be held in check, but run their devouring course, destroying the very foundations which it imagined they would save. ….”[3]

Black folks know death. There are millions of us at the bottom of oceans who did not survive the Middle Passage; more perished in the generations we were in service of the wealth a country that counted us as property; still others died at the hands of marauding, hooded gangs and racists with bullets and ropes and bombs and shouted epithets.

That violence has, perhaps predictably, turned inward. Yes, we are killing one another in alarming numbers—seemingly indiscriminate hostility turned outside-in, detonating like suicide bombs. The fruit is still strange.

And because we are yet strangers in a land that wanted our labor but did not want us, there is a noticeable lack of regard, not only for the dead who have been reduced to soulless numbers, but for those left behind to grieve, who are rarely, if ever, counted at all.

In the nineteenth century, Ida B. Wells-Barnett enumerated people who were lynched and gave them back their stories and their names. To little avail, it seems, as we still shout, “Say their names!” about our slain ones, pushing back on the urges to erase us from our own history.

Add this to the grim statistics on Black boys and men: A recent study by Rutgers, Washington University, and University of Michigan found that Black men are more than twice as likely as their white peers to die from police use of force.[4]

I live in one of those cities consumed by counting corpses in neighborhoods considered “hot-spots” for homicides. Along with the torrent of blood, these places are perversely wealthy with need—for decent, affordable housing, access to services such as child care, health care (including mental health care) and nutritious food; safe places for families to gather and be carefree—safe places to chill and just be.

Facts show that people who live in neighborhoods beset by crime have higher rates of disease caused by stress, including depression and heart disease. “Exposure to violence in a community can be experienced at various levels, including victimization, directly witnessing acts of violence, or hearing about events from other community members. …” according to a report from the office of Disease Prevention and Health Promotion.[5]

Other studies show that neighborhoods affected by redlining—places stamped with a scarlet mark of undesirability and relegated to hyper-segregation and deprivation—are at higher risk of violence and death.[6] Is it any wonder?

After the lifeless bodies are carried away and buried, studies and reports notwithstanding, who cares about the people left behind? Few, it seems. Because almost no one beyond the undertaker cares about corpses—neither the dead-dead nor the living-dead.

Bury them underground, and/or bury them out of mind.

Numbers. That’s what occupies our obsession.

Homicide numbers are oft presented like sports scores. They are compared to last year’s numbers; there is talk of surpassing the stats, which, we are told, would not be a good number. There is talk about records—the GHOAT?—the greatest homicide numbers of all time? Let us mark it and put it in the record books—the Homicide Hall of Fame?

“He is my son. Not #95” read a poster held by a mother in front of City Hall, a couple of blocks from where local sports teams play to raucous, out-of-town crowds who are in turn lovingly counted by the Convention and Visitors Bureau.

Was 95 a number on a jersey? No. He was Chandler Bussey, the 95th homicide in the year 2020 in my city. There were 249 people killed in “criminal homicides” in 2021, where I live. One death is a tragedy; 249 approaches catastrophe. Are the high numbers too much of a blur to care about each one?

Numbers do not breathe. Numbers do not care. They have neither sympathy nor empathy, nor malice. They do not wipe a mother’s tears or expunge a child’s nightmares, or stop stray bullets careening through the air, piercing a wall…and the back of the head of a boy playing a video game.

That boy’s name was Dayshawn. He was twelve years old. At this writing, that youngster’s May 20, 2021, death is still a big question mark. The boogeyman is real; his name is Unsolved.

A great number of these crimes remain unsolved. But even solving a crime—answering who fired those bullets into Dayshawn’s grandma’s house—still leaves the vexatious “why” unanswered.

Our legislators talk about their right to walk around with firearms without permits. Criminals already do this, so what’s the big deal? We can lock them up, lock them up. (Not the guns; the people.) Lock. Them. Up. Prosecute children with guns as if they are adults, even though their brains haven’t yet reached puberty. That’ll show ‘em.

Don’t we think if having more guns made us safer, we actually would be more safe? Then hire more police. Don’t people know that if more police meant having more safety, Black people would embrace them?

“…even crime has power to reproduce itself and create conditions favorable to its own existence,” Frederick Douglass wrote to Ida B. Wells-Barnett as she tried with the power of her pen to resurrect the humanity of people who had been lynched.[7]

Why can’t we lift our eyes and see that eliminating the scourge of poverty and hopelessness, chronic deprivation and mass incarceration, and making guns less available and police less racist and menacing will go a long way to bring the all-consuming “numbers” down—if that’s what we want to do?

Why must we tell our children that they have to desert parts of themselves—climb out of their neighborhoods, away from their families, and sometimes out of their own bodies—to succeed and experience joy?

Would we rather continue to look away, shake our heads, wring our hands, and count and re-count the dead, reciting, There but for the grace of God… pretending that the parade of dead and dying has nothing to do with us?

“….It sometimes seems we are deserted by earth and Heaven—yet we must still think, speak and work, and trust in the power of a merciful God for final deliverance,” Douglass wrote to Wells-Barnett in 1894.[9]

The great orator and abolitionist, himself formerly enslaved, wrote that more than a century ago. Yet, here we are.

Does God really have such mercy, Mr. Douglass? Or do we possess the means of our own deliverance?

Grieve. Yes. Then, commit to struggle mightily against that death in the heart.

Each hour I wrote the words and sentences in this essay, they became obsolete. Since I began writing, Buffalo happened. Uvalde, Texas happened (22 dead; 17 injured). Highland Park, Illinois happened (8 dead; 29 injured). Just down the way—in my city—Greenwood, Indiana, happened (4 dead; 2 injured), where a “good guy with a gun” killed a killer in a shopping mall.

At a summer camp where I volunteer with young writers, one young boy wrote that Fourth of July fireworks “sound like gunfire.” One of the young people who were in the Fourth of July parade said the gunfire “sounded like fireworks.”

Think on that a moment.

What are we teaching our children? As teachers run active shooter drills in classrooms, and schools are remodeled to be fortresses, have we yet decided what level of violence is adequate for them to get accustomed to?

All of the people I have and have not written about who were killed by gunfire are still dead. More join them every hour of every day—most of whom most of us will never hear about (See the “Gun Violence Archive.”).

“The fire next time,” Baldwin once warned. Remember? It still applies.

Feeling helpless yet? I don’t know what to do either. So I write, hoping this essay is a pebble that becomes a ripple in a pond that becomes a wake that eventually arrives at a shore, somewhere, where it gently laps, leaving all of the answers to all of our questions. And we pick them up, and run toward a brighter future.

Ad infinitum. Again and again, in the same way, forever.