How to Test the Question 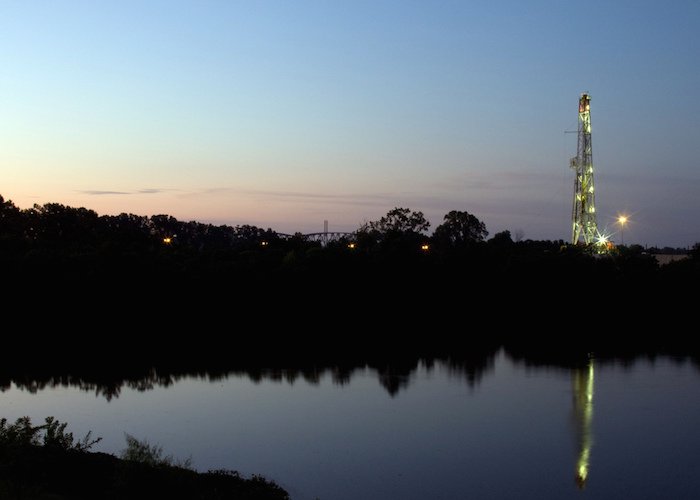 On the face of it, yes. At least that’s according to Physicians for Social Responsibility and Concerned Health Professionals of New York. They compiled and annotated a thorough Compendium of several hundred scientific, medical, and media findings that detail evidence for the risks and harms associated with fracking. The conclusion of the most recent edition (November 2016) is that:

If there are doubts about this, though, or opposing views, there is a well recognized protocol for testing questions of this sort.

That protocol is the trial—that is, the system of contending advocacy before a disinterested judiciary using standard rules of evidence with the appropriate application of relevant human rights law.

The Permanent Peoples’ Tribunal (PPT), founded in 1979 in Bologna, Italy under the auspices of the Lelio Basso International Foundation for the Rights and Liberation of Peoples, has scheduled a Session, to be conducted in 2018, on the human rights impacts of fracking.[3] That trial’s panel of judges—recognized human rights jurists from around the world, along with three additional respected members of civil society—will hear evidence and arguments from prosecuting and defense attorneys and will be asked to rule on whether sufficient evidence exists to indict certain named nation states on charges of inadequately meeting their human rights obligations due to permitting fracking.

The PPT, headquartered in Rome, is an internationally recognized public opinion tribunal functioning independently of state authorities, national politics, and vested economic interests. It hears cases based on the broadly recognized standards of international human rights law and has, since its founding, conducted approximately forty sessions on a variety of human rights situations.

As Jayan Nayar, lecturer in the Law in Development program at the University of Warwick, has said:

It is true that the PPT has no power to compel the “accused” to appear before it, nor to enforce its judgment, [but] rather, it serves as a legitimating forum. Its judgments stand as a public record of the truth—and of the crime of denial. The doing of law for the PPT is essentially a process of listening, giving to the narratives of suffering the dignity denied them elsewhere.[4]

But why would questions about fracking and other forms of oil and gas production be framed in terms of human rights? 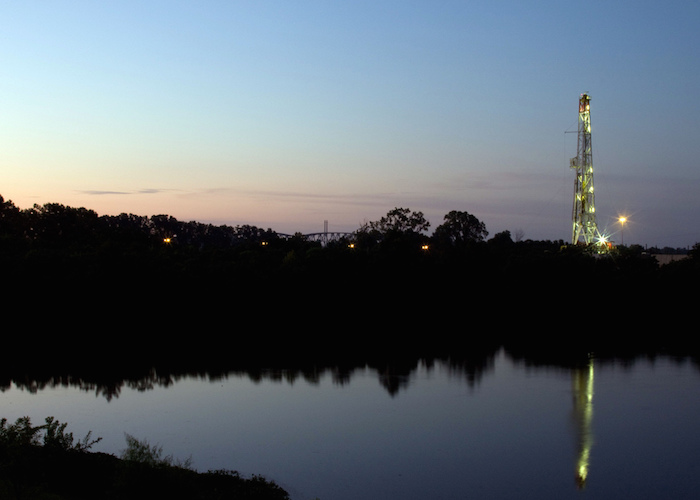 One clear reason is that individuals and communities adversely impacted by oil and gas extraction do express their outrage in moral terms, and modern human rights norms grew out of deep moral convictions in a way that is simply not the case with environmental regulatory law.[5]

The Universal Declaration of Human Rights (UDHR) was created following World War II, in response to “barbarous acts which have outraged the conscience of mankind.”[6] Those acts, even though undertaken in full compliance with legally enacted statutes, were still recognized as morally barbarous and brazenly destructive of human life, well-being, and dignity.

In the world of ethics, something genuinely unique came into the world with the signing and adoption of the UDHR. Never before in history had a document about moral values been conceived, written, and endorsed by representatives of virtually every nation on earth. René Cassin, one of the drafters of the UDHR (who, for his work, was awarded the Nobel Peace Prize in 1968), said, “[with the UDHR] something new … entered the world.” It was, he said, “the first document about moral value adopted by an assembly of the human community.”[7]

These moral values, expressed in the UDHR and in subsequent treaties and declarations, articulated a set of fundamental moral norms—more fundamental even than the domestic laws of nation states—that could serve as “a common standard of achievement for all peoples.”[8] To the extent that these declarations and treaties have been successful, they serve as external, public validation of the moral outrage felt when confronting horrific human wrongs, even when those wrongs are committed under cover of domestically enacted statutes.

Human rights standards, as embodied in internationally recognized treaties, conventions, and declarations are justified moral claims universally held by all persons vis-à-vis their governments, in order for them to lead a minimally decent life. Human rights norms are not lofty ideals. They are basic moral minimums, a moral floor beneath which governments must not sink. Just as civil laws represent hard legal boundaries outside of which certain behaviors are not legally permissible, human rights standards represent hard ethical boundaries outside of which certain behaviors are not morally permissible.

Besides their grounding in the moral intuitions of peoples, human rights norms have the additional advantage of being trans-legal in that they offer a perspective above law, or at least above domestic law, providing broadly agreed-upon standards against which those laws and policies can be measured as just or unjust.

More importantly, to me, is that human rights standards help us see what the human situation looks like from below. That is, with the emergence of the modern human rights movement we have begun to see things from the “situated knowing” perspective of those who suffer abuses, and not just from the standpoint of the corporations or government regulators who are inconvenienced by that suffering. As theologian Dietrich Bonhoeffer puts it in his Letters and Papers from Prison, “We have for once learnt to see the great events of world history from below, from the perspective of the outcast,…the maltreated, the powerless, the oppressed, the reviled—in short, from the perspective of those who suffer.”

Human rights standards articulate the moral dimension of how things look from below and bring to the foreground the lived, personal stories of those whose voices are often lost or actively silenced.

So one of the Tribunal’s larger purposes with this session on fracking is to provide opportunity for those who have been personally affected by oil and gas extraction to tell their stories, to have them heard, taken seriously, documented, and entered into the public record. In underscoring the importance of this Tribunal, Kathleen Dean Moore has said this especially well:

One of the Tribunal’s biggest goals is to give voice to the marginalized, the poor, children, indigenous communities, and future generations. The tribunal will, as philosopher Bertrand Russell said, “expose the crime of silence.” And most importantly, Moore continues, it will offer a voice to those who have no voice at all, “future generations of people, plants, and animals, all the young and hopeful ones.” They are the ones who will pay the price if human rights norms are violated by fracking.