Hunting for an Ecological Consciousness

It is inconceivable to me that an ethical relation to land can exist without love, respect, and admiration for land, and a high regard for its value. —Aldo Leopold, 1949

For as long as I can remember, hunting has been my most formative window into the natural world. As a child, I always felt most at home when afield. Roving woodlots and brushy fencerows in search of game was vastly more compelling than video games, television, sports, and even books (hunting magazines were another matter). The more time I spent outdoors, the more enchanted I became with woodcraft and natural history. I felt compelled to know the names and habits of all nature of animals, flowers, and trees. I found killing animals, however, more difficult than I expected.

The first deer I ever had in my sights at close range stared at me until I lowered my gun. I was alone with no audience to encourage or discourage me. I can’t even begin to name all the emotions that were swirling through my brain; my recollection of that moment, however, is one of stillness, wonder, and doubt. I didn’t want the moment to end, and I wasn’t sure why I needed to end it. It’s cliché to say I wasn’t ready, but I wasn’t. A few years later I killed my first deer, a magnificent old doe. At which point, I transitioned from spectator to participant. 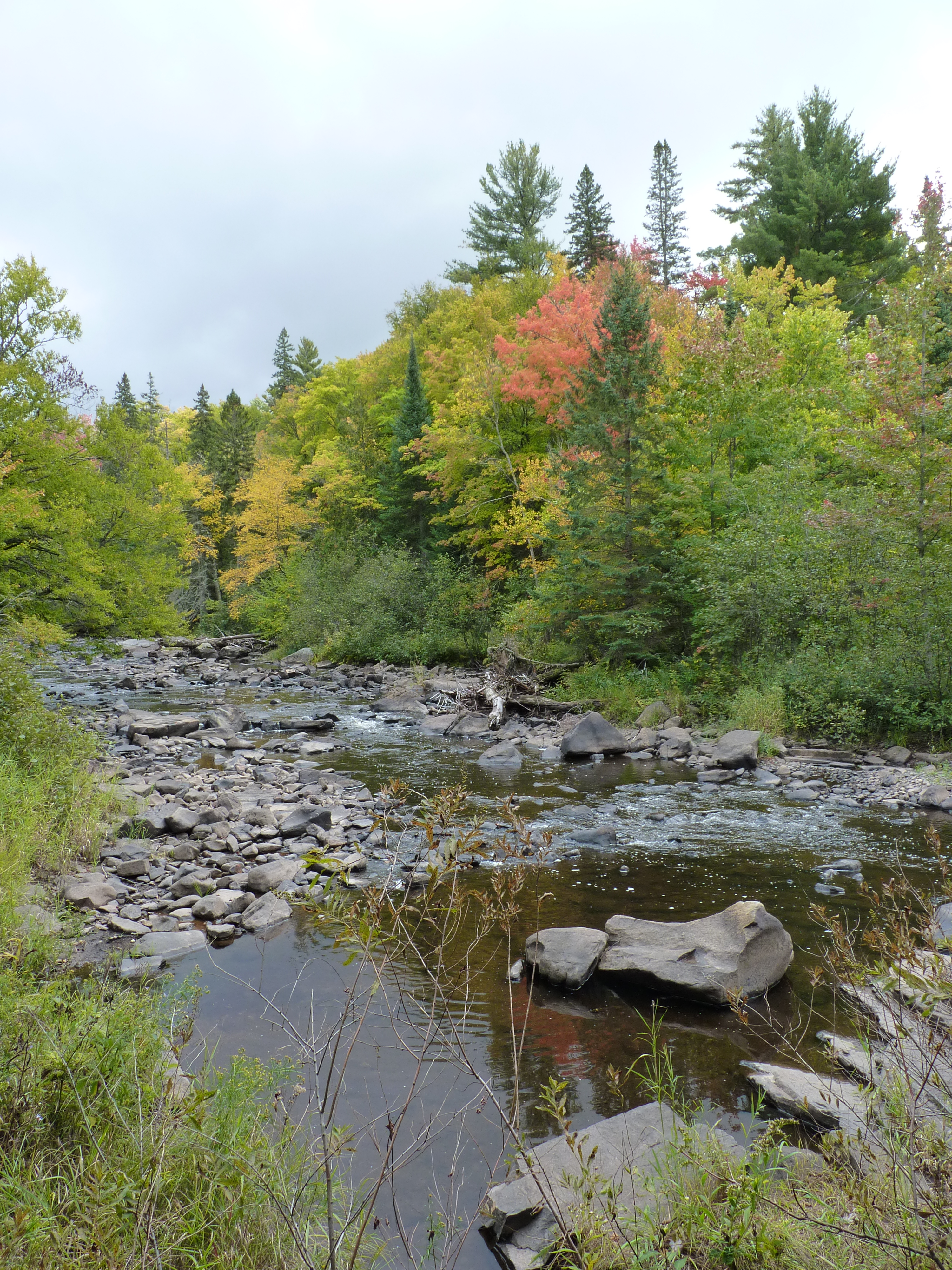 My mother refused to cook wild game, which forced me to explore the culinary side of my avocation at an early age. My father, an old-school conservationist and outdoorsman with a cast iron stomach, was more than willing to indulge my culinary explorations, eventually buying me cookbooks and cooking utensils. I realize now that processing, cooking, eating, and sharing what I harvested provided a connection that was missing in my early forays. I became an active participant in a process linked to the wild places and things I loved. Feeding friends and family provided a window I could open into that world.

For many of us, hunting is intertwined with our sense of self; it informs our interactions with wild places and wild things, and defines our code of ethics. Aldo Leopold termed this interweaving “hereditary hunting fever” and struggled frequently in his writings with the complex personal, social, and ecological facets of hunting. Leopold, a leading conservationist during the 1930s and 1940s, is probably best known for his collection of essays, A Sand County Almanac (1949), and as the first professor of wildlife management. His essays on “land health” and the “land ethic” are among the most quoted environmental writings. Nevertheless, at his core, Leopold was a hunter who cared deeply about wild things and wild places: “It is not merely an acquired taste; the instinct that finds delight in the sight and pursuit of game is bred into every fiber…” For Leopold, as for me and so many hunters, active engagement with the land provides a formative window into the inner workings of ecosystems and our ethical relationship with and within those systems. Leopold, however, did not equate hunting with conservation, but rather compared “mature hunting” with the work of a field naturalist. 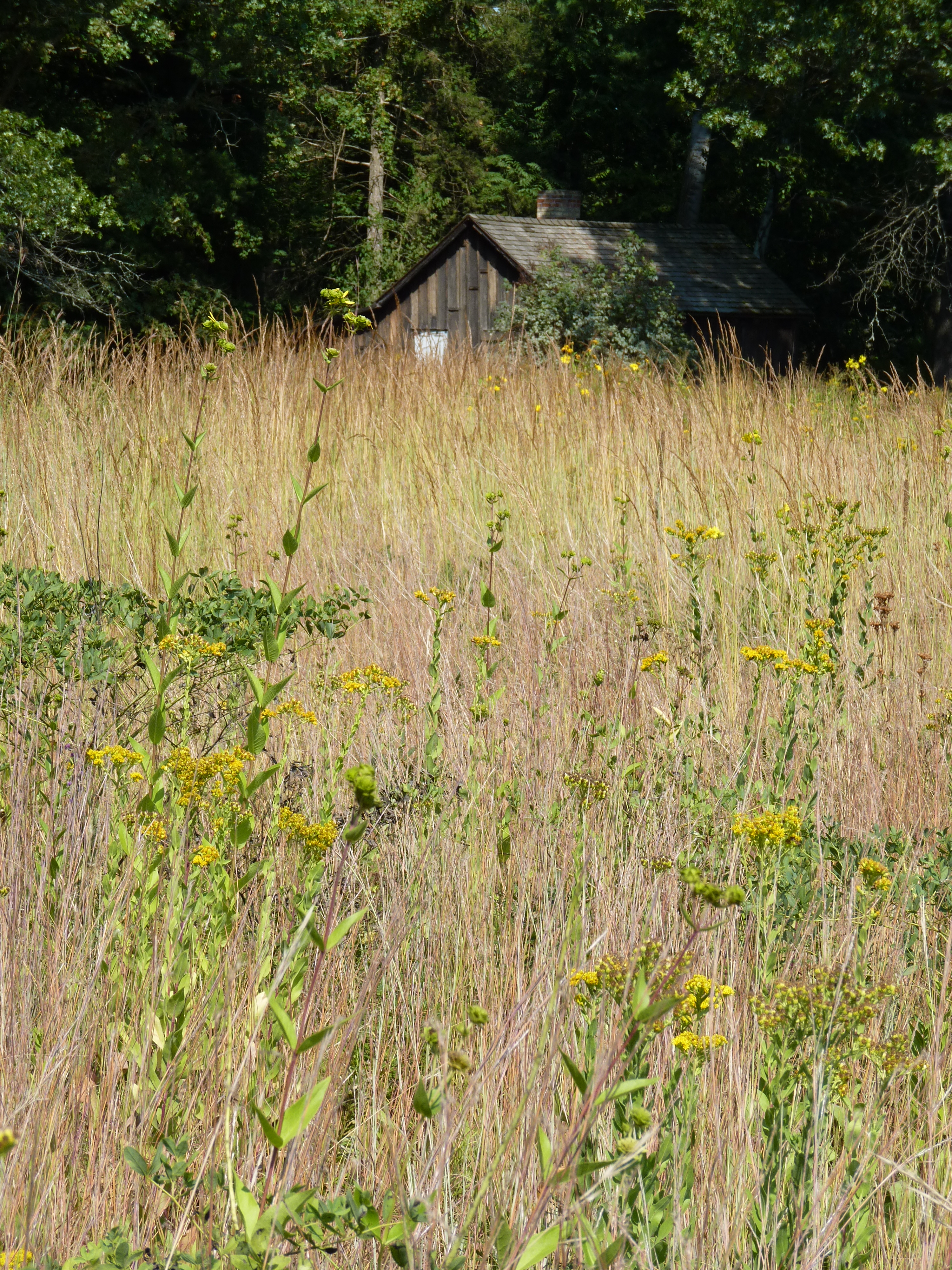 These values were codified during a period when hunting for food was not a necessity in most Western cultures, and while many wildlife populations were in perilous decline, with only a few beginning to recover from exploitation and habitat loss. Yet, they echo through many contemporary themes in our conservation discourse: the North American model of wildlife conservation, historical ecology, nature deficit disorder, local and sustainable food movements, and environmental ethics. Arguably, society in general and many environmental debates would be better served if stakeholders had a clearer understanding of the history of conservation and the origins and evolution of environmental issues and policies.

Similarly, a growing chorus has come to understand the cavernous disconnect between people and the land and food systems that sustain them as both an environmental policy and public health issue. Active participation in natural systems and harvesting wild and/or domesticated foods provide a needed window into natural systems and the food chains that sustain us. Finally, practicing ethical restraint and engaging in an ethical code of conduct that extends to wild things and wild places are key facets in the evolving land ethic and the development of an “ecological consciousness.” To the extent that these values are developed in hunters and in society at large, hunting will play a vital role in maintaining connections between people and the systems that support them. 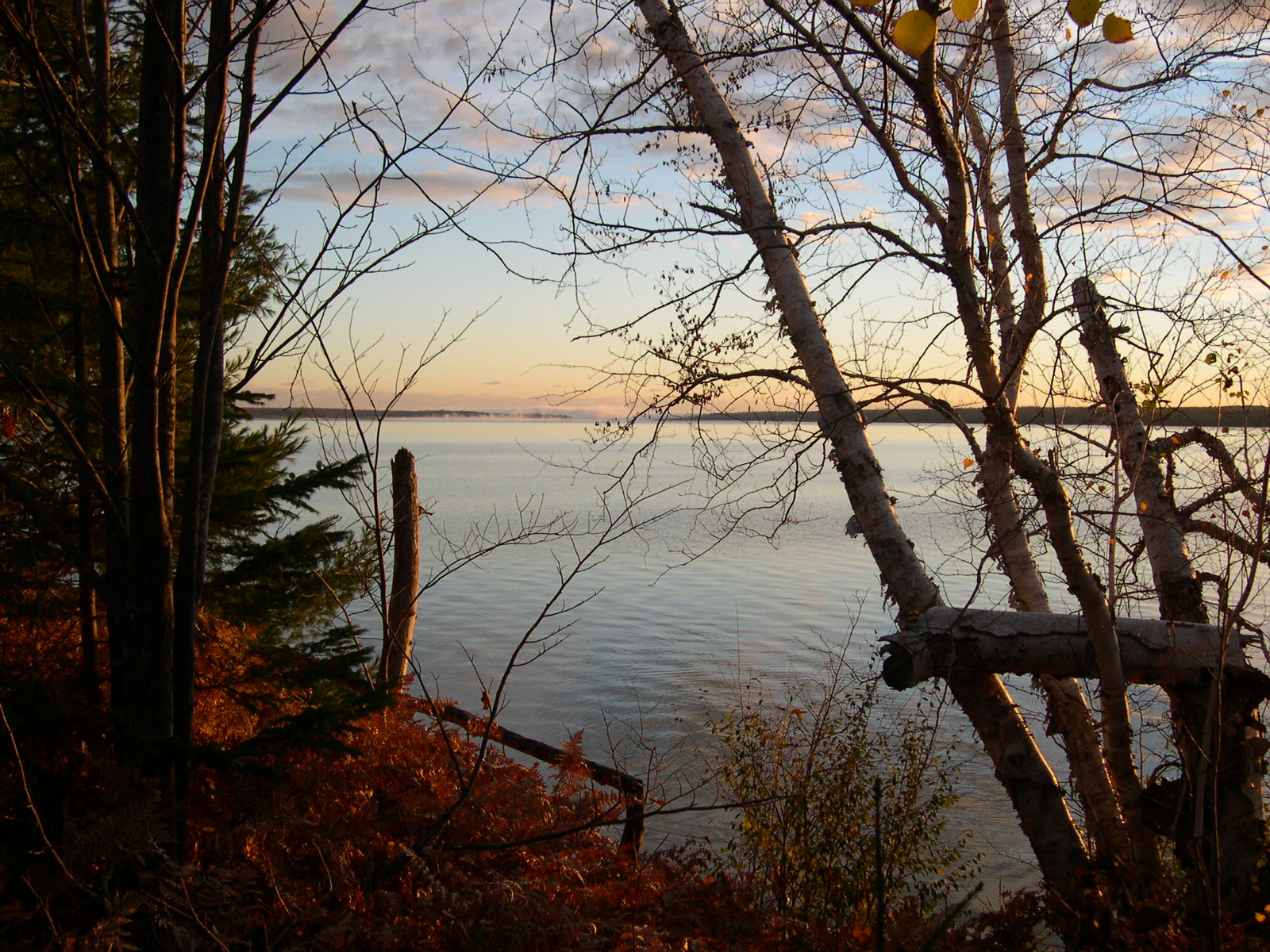 The capacity of hunting to foster connections, however, is limited by our motivations and receptivity. Hunter behavior and ethics are tested largely out of the view of society, but evidence of poor behavior even by a few can poison the waters of public opinion. That said, the observance and development of an ethical code under just such conditions is foundational to building an ethical relationship with the land and all its varied inhabitants. Leopold wrote: “A peculiar virtue in wildlife ethics is that the hunter ordinarily has no gallery to applaud or disapprove of his conduct. Whatever his acts, they are dictated by his own conscience, rather than a mob of onlookers. It is difficult to exaggerate the importance of this fact.”

So does hunting make us human or does it simply remind us what it is to be human? Clearly, at its best, ethical, conscientious hunting has value to individuals and society. When approached with respect, humility, and attentiveness, hunting can help us reconnect in a meaningful way with the natural systems that sustain us and foster the development of an “ecological consciousness.” At its worst, Leopold lamented, “there is the sportsman who sees only game, and regards all else of little interest or value.” This latter attitude if taken to its extreme erodes ethical constraints, distorts the meaning and practice of conservation, and diminishes the value of hunting to society.

There is something intangible about hunting that mingles elements of instinct and sacrament. It’s the spark that led many of us afield for the first time and holds us there in the cold, pouring rain watching an empty trail. It’s the swirl of joy and sadness that we experience when we take the life of an animal. It is the why that defines our relationship with wild things and wild places. 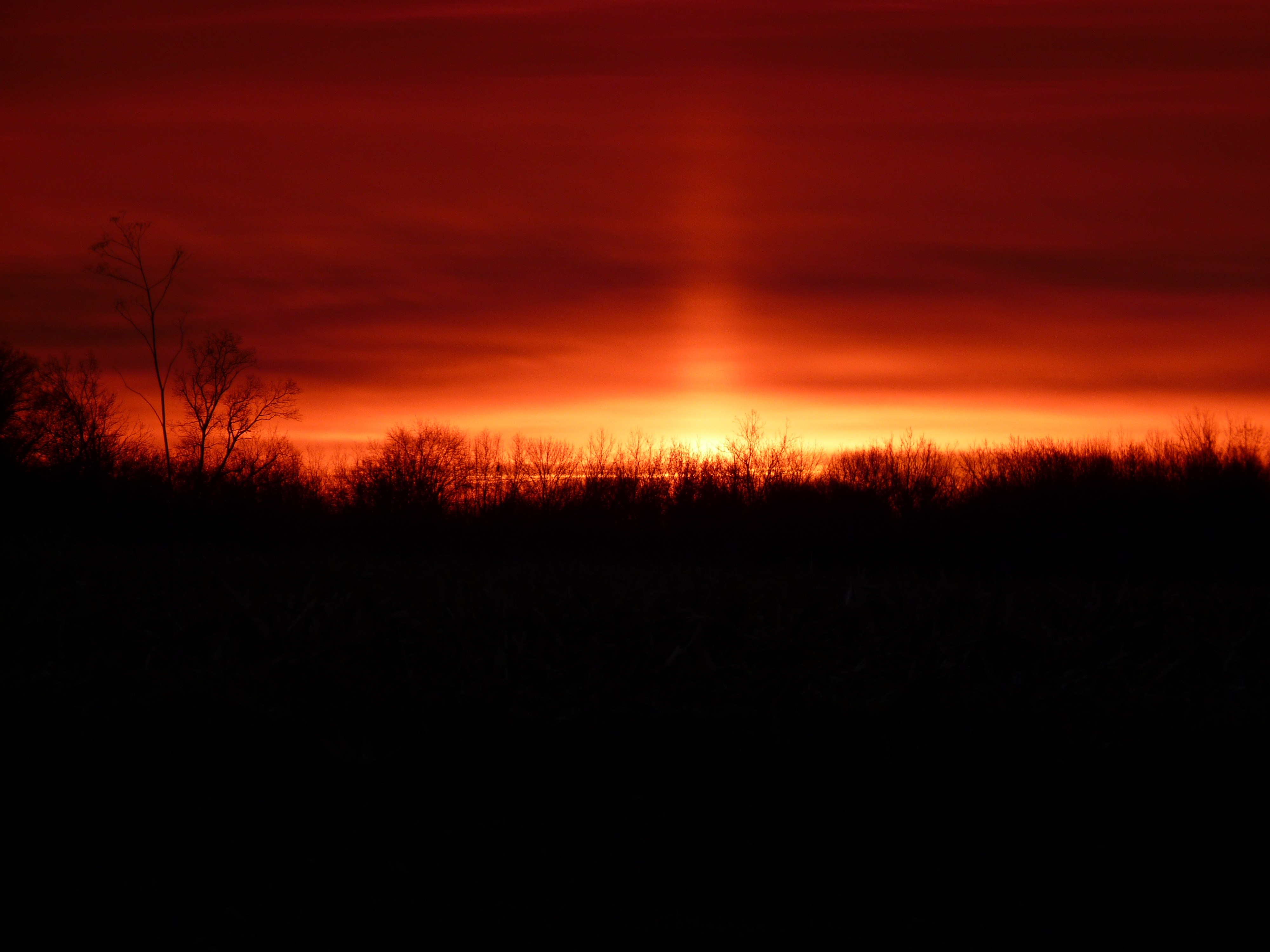