Hunting—For a Sustainable Relationship to Nature

If we put this provocative question, “Does hunting make us human,” in the past tense—“DID hunting make us human?”—the answer, I think, would unequivocally be “yes.” The more demanding and fraught question is this: Has hunting KEPT us human, long after we needed to hunt in order to survive? Again, I think the answer is “yes,” but this is by no means a simple “yes.” I am not suggesting that everyone must hunt in order to be human. Even in hunting/gathering societies, only a minority of the population at any moment in time hunted. To be sure, the whole community participated in the butchering and preparing of the game, and this tradition persisted well into the modern era, both with the processing of game and domestic animals. If few hunted or killed domestic animals, the transformation of a living wild or domestic animal into food was a broadly shared communal activity.

While this is still true in some rural areas in the United States and more widely in rural developing countries, the killing of wildlife and domestic animals has ceased being a communally shared activity in industrial societies. In the developed world, we have gone a very long way toward removing death from our daily lives. Well before industrialized slaughter, abattoirs moved to the periphery of cities, out of sight if not completely out of mind. The move to push death to the margins has been a dominant trend in the West for well over a century. It’s been propelled by a huge shift from rural to urban and, more recently, from factory to office labor. As a result of these demographic and economic shifts, we have moved from directly grappling with a refractory nature to grappling with denatured abstractions.

Though dominant, these trends have been met with resistance. In response to increasingly specialized occupations that remove us from direct contact with the natural world, many people have been drawn to ways of connecting directly with nature:

Though hunters and quilters may not recognize the yearning they share in common, the fact is their “hobbies” spring from a shared desire to step out of the packaged world of highly specialized work and mass-produced commodities and into a world we have lost but not completely forgotten: a world in which labor is not divided into narrow specialties but, rather, is shaped by a seamless connection between a need (food, a shawl, a cabinet), raw materials, and all the skill and patience it takes to meet that need beginning from “scratch.”

But isn’t there an important difference between killing a wild animal—when the need to do so doesn’t spring from subsistence—and harvesting basil and tomatoes from your garden? I think so, but I submit that the difference is not nearly as large as first appears. Harvesting basil and tomatoes is predicated upon a huge modification of nature which may strike the casual observer as less violent than shooting a deer or a duck. But if the measure is not the killing of an animal but the alteration of the natural environment, then even backyard gardens, never mind endless acres of soybeans and corn, have a far greater impact on the natural environment than hunting does. And, as Michael Pollan makes clear in Second Nature, successful gardening requires a constant struggle against nature—not just too little or too much rain, or an early frost, but also woodchucks and deer. 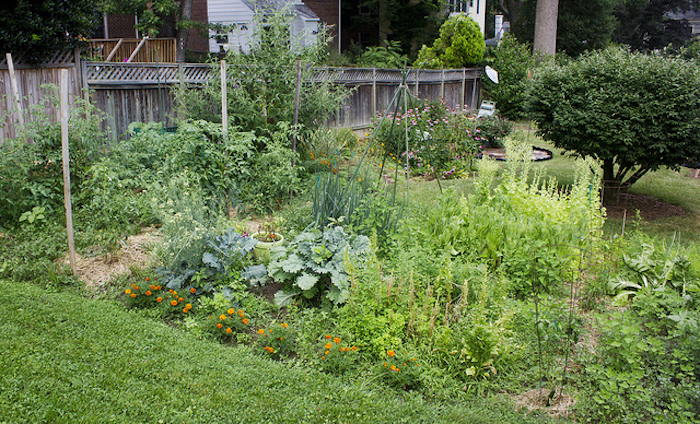 Hunting and agriculture, no matter the scale, were and remain crucial to sustaining our sense of the difference between ourselves and wild nature. Absent the distinction between wild and civilized, we would scarcely have had a trope with which to understand ourselves as unique. For good reasons, environmental as well as cultural, we have celebrated wildness (remember Thoreau’s oft-quoted “in Wildness is the preservation of the World”), but we have largely forgotten what keeps “wildness” “wild.” Virtually all of the positive attributes assigned to deer—their “wildness”—are the result of their being hunted. Unhunted urban and suburban deer are not quite domestic, but they have accepted a bargain—we give them ornamental plantings and gardens, and they will be our lawn ornaments. We and our dogs become irrelevant to them. Wild animals—deer, geese, bear, coyotes, wolves, and cougars—are not wild “by nature”: they are “wild” by virtue of how we have interacted with them over millennia and, I submit, we are “civilized” by virtue of our construction of the “wild.” It is not yet clear what this will mean to children who grow up thinking of deer as pests (“antlered rats”) or as lawn ornaments, but it is hard to imagine that children today will have a robust sense of the “wild” and what wildness means for their sense of their place in nature.

Much is at stake. The distinction between humans and the wild has been the seedbed of a long process—dare I say “evolution?”—of searching for an ethical relationship to the wild. From the animism of hunter-gatherers to the ethics of fair chase, and from fair chase to Leopold’s Land Ethic, hunting has been at the center of our attempts to forge an ethical relationship to nature. The rise of opposition to hunting and the promotion of animal rights cannot be understood apart from our struggle to find an ethic that allows us to live sustainably with nature. That said, we would do well to remind ourselves that regulated hunting, the type that has characterized hunting in the United States for the past century, is the only example of a large number of humans engaging with a “natural resource” sustainably. Yes, there are unethical and unscrupulous hunters, but taken as a whole, hunters have acquitted themselves admirably. If being human in the 21st century means anything, it must mean figuring out how to live sustainably with the natural world. The modern history of hunting has much to teach us about how an ethical engagement with wildlife can be good for humans and wildlife.