Our Stewardship Responsibilities as an Apex Predator

White-tailed deer, Canada geese, coyotes, beavers, turkeys, fishers, eagles, and lots of other wild animals and birds are increasingly populating the American landscape, and bears, moose, wolves, cougars, and lots of species rarely seen in past decades are also back in places or on the way in others. This is very good news, the result of conservation and environmental successes over the last century.

The bad news is that for some species we have too much of a good thing, resulting in damage to the ecosystems they inhabit and mounting people–wildlife conflicts that we haven’t agreed on how to deal with. So we divide up and fight over what to do, and what not to do, as problems fester, damage mounts, and elegant creatures are demonized.

We are in the middle of something of a paradigm warp over wildlife in this country. Our minds were programmed over many generations by the destruction, scarcity, and narrative of loss that preceded today’s comebacks, and our modern lives are largely removed from the very ecosystems we footprint but don’t really inhabit. We spend 90 percent of our time indoors and get our nature indirectly, on screens. We have largely forsaken not only the destructive ways of our forebears but also their stewardship skills. Many of us think hunting and trapping—key wildlife management tools—are inhumane.

How did this happen?

Stage one: For the first 400 years of the European occupation of North America, traders and settlers wiped out wildlife, indigenous people, and forests across huge swaths of the landscape for profit, plunder, and conquest—and to get them out of the way so settlers could replicate the pastoral landscapes they left behind. This culminated in a late-nineteenth-century rampage so egregious that it became known as “the era of extermination.”

By the twentieth century, most wild populations had been reduced to remnants, or worse. A pre-Columbian population of perhaps 30 million white-tailed deer was down to 350,000; beavers, maybe 50 or 100 million to begin with, had been trapped out except for small pockets mainly in the Canadian outback. (The Adirondacks had a single family of five.) Tens of millions of wild turkeys were down to no more than 30,000. The passenger pigeon would soon be extinct. People ate robins. The feathered skins of hummingbirds, used to make women’s bonnets, sold for two cents apiece.

Stage two: In the late nineteenth century, a few people began to warn of environmental damage such as erosion caused by deforestation, and a previously unthinkable notion arose: Continued destruction was not sustainable—we could actually run out of trees and wildlife. We need a new plan. The conservation movement arose to create it.

Over the next century, conservationists painstakingly undid much of the damage. They ended commercial hunting and curbed poaching (for profit or the family pot). Refuges were created for re-stocking extirpated species. What came to be called the North American Model of Wildlife Conservation was established. It said, in a nutshell, that wildlife belongs to all the people (not just aristocracy as in Europe) to enjoy under rules established and administered by governments: specific seasons for trapping and sport hunting and limits on the numbers of creatures that could be harvested. Where possible, females were spared. So-called “buck laws” targeted male whitetails only. Hen pheasants and ducks, easily distinguishable from colorful cocks and greenhead mallards, got safe passage. Wildlife management slowly became a science. Hunters, including millions of soldiers home from the wars, paid the state (for a license) and taxed themselves (on gear purchases) to do what state scientists wanted done; first, grow back healthy game populations and then manage the health of those populations and their environs for all inhabitants.

It worked very well, but the stage was also being set for things to go awry. Hunters organized and lobbied keep wild populations of, say, deer higher than was healthy for the habitat. Wildlife management got politicized.

Farmers quit the land in droves, and they were eventually replaced by something early conservationists didn’t envision: sprawl. But after the Second World War, people began to sprawl out of cities into suburbs, then exurbs, then to cul de sacs off exit ramps and on rural roads. Cheap gas fueled them. By the 2000 Census, over half the population—an absolute majority for the first time—lived not in cities nor on working farms but in a vast in-between of reforested farmland with wild animals and birds moving in with them. 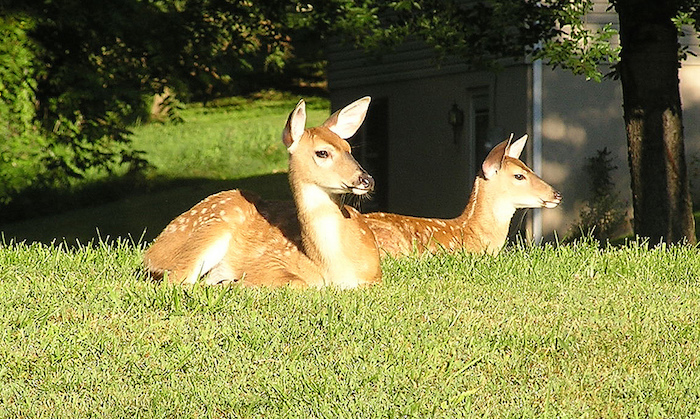 Sprawl dwellers were a strange mutation on the historic landscape. Beyond gardening, they largely abandoned hands-on interaction with nature. Responsible stewardship often amounted to preserving a nice view and outsourcing lawn care. The idea of killing wild creatures for food, fur, feathers, or fun fell from favor, and with that went much direct knowledge of the world outside their windows. Screen nature triumphed, in movies, on TV, or digital screens. This artificial substitute of nature, however realistic-looking, could be themed, re-arranged, cropped, and even staged to produce whatever distortions people wanted to pay for—anthropomorphism, for example. Wild creatures on film often behaved like little people. On film, predators and prey could live in cozy harmony when man, the bad actor, wasn’t around. Disney’s 1942 anti-hunting classic, Bambi, re-enforced the idea for each subsequent generation that when man messes with nature, nature loses.

Animal protection groups grew rich and powerful, soliciting donations for campaigns to protect wild creatures from man, including hunters. They argued that our conflicts with wildlife are our fault because we encroached on their habitat. True, but only half the story. As wild populations multiply and spread, many of them encroached right back.

Why? Because our habitat is better than theirs. Sprawl’s biological carrying capacity—that is, the population limit that its food and habitat can sustain—is far greater than that of an un-peopled forest. We offer up plenty of food, water, shelter, edges, and protection from predators. We plant grass, trees, shrubs, and gardens, put out birdseed, mulch and garbage, fill dumpsters with food. Ten to twenty whitetails per square mile in rural areas is about capacity, on average. In the sprawl these days 60 to 100 deer per square mile isn’t uncommon. And when they’ve cleaned out our forest understories, there’s plenty of shrubbery and gardens to devour.

Not until a social carrying capacity tipping point is reached, when the damage or annoyance a creature causes outweighs its benefits in the public mind, do communities take action. Years used to pass. Today that tipping point is coming much sooner.

Sprawl people are almost instinctively against lethal management—at first. They have been told by animal protectionists that birth control works. For deer, practical and affordable immune-contraception was “just around the corner” 30 years ago. It still is. Someday it will work. Meanwhile, communities are discovering that hunters and sharp shooters are newfound friends.

People have also been told that killing only creates an empty space that others move into—the so-called vacuum effect. That’s true. As wild populations grow, they spread. In the case of deer, however, it can take years. Apply this logic to gardens—the most managed landscapes I know. By the logic of the vacuum effect, we wouldn’t pull weeds from our gardens because new ones are just going to grow back in. By the same logic, why trap basement rats or kitchen mice?

Some people say that as an alternative to killing by humans, we should bring back natural predators? This is my favorite. Coyotes and black bears are increasingly around. They kill deer, mainly fawns. So do bobcats, eagles, and other predators—but not many. Wolves and cougars are major deer predators. They’re slowly growing and spreading thanks to conservation successes. But do sprawl people really want to share neighborhoods with them? I like the idea. We’d pay a lot more outdoor attention again.

This solution, however, ignores another predator: us. Studies suggest that since the last Ice Age humans probably killed more whitetails than all other predators combined. Lately, however, sprawl man has largely gotten out of the predation business. He either doesn’t hunt deer himself or doesn’t allow others to hunt around him. He’s plastered no hunting signs everywhere and his governments have imposed all sorts of hunting restrictions, usually in the name of safety. This means that in just the last few decades, for the first time in 11,000 years, huge swaths of the whitetail’s historic range—the eastern United States—have been put off limits to its biggest predator. (By the way, hunters are relatively safe. They kill about 100 people annually, usually each other in cases of mistaken identity. Deer-vehicle collisions kill more than twice that number.)

What all this amounts to is this: in a relatively short time, modern Americans have gone down a path that amounts to an historic abdication of our stewardship responsibilities. Humans are not only apex predators. We’re a keystone species capable of managing the natural landscape for the health and benefit of all species of plants and animals, including people. Given our mounting problems with wildlife overabundance, our toolbox needs all the tools available to deal with today’s growing problems, and lethal tools in this case can only make us more humane.