In the bottom of a high plains coulee, it’s wild. No plow reaches this place. Sound is quieted yet strangely amplified. Depending on the coulee’s depth, I am a bit frightened. But often there are deer beds in the soft grasses, perhaps sharp-tailed grouse, and I am hunting them.

I see with the eyes of a fine arts painter—a contemporary painter whose subject is landscape. Over time, the practice of hunting has taken me deep into landscape, back to the world of my youth where perception is whole and things ancient can be touched. And this practice has brought me forward to new ground in painting.

To many, landscape is a term that means an expanse of land and sky. It is seen from a human vantage point and encompasses mostly what is distant. It’s horizontal in orientation: a band of land below and sky a band above. The bands vary in height and color.

We often think of landscape as a “scene.” Something beautiful. Bucolic. We imagine stepping into it in a kind of dreamy way. Or we drive by it or through it. We might smell and hear it if our house or car windows are open—sage, pine pitch, sweet blossom or grassy smells. 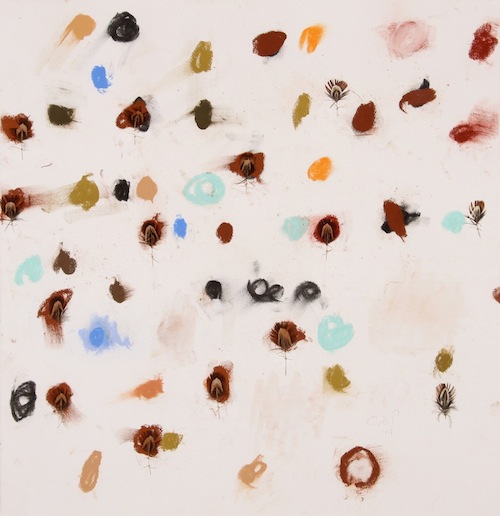 In art history, landscape is a genre of painting. Again, it is a scene of nature—fields, trees, lakes, rivers or streams, sky with or without clouds. These features are depicted in a rectangle and stop abruptly at the painting’s edge. Sometimes people are seen in the distance, and maybe a few buildings. The beauty of the scene, the interesting lines and color, moved the painter to render it. I have done such paintings.

I was drawn to the subject of landscape as a young artist because, as a girl, I had played outdoors. I had felt physically and imaginatively a part of the oak forests and chaparral that surrounded my northern California home. But by my late teens, I felt removed from that world I loved.

What replaced the inspirational world of my youth? Mid-twentieth century American society. The power of postwar commercial America—promoted by pervasive television, magazines, and radio—sucked me into a virtual world devoid of nature. Hello, Andy Warhol.

I’ve since realized that my art practice has undone this kidnapping. Oil paints rich in color, texture, and light—made of mineralized soil and plant dyes, burnt willow and bone—became a medium then both in terms of materials as well as a conduit. Over the years, painting landscape representationally and in an abstract idiom developed my visual vocabulary bringing me closer to what I had been removed from. But it wasn’t until I learned to hunt wild animals that something profound and visceral took hold. 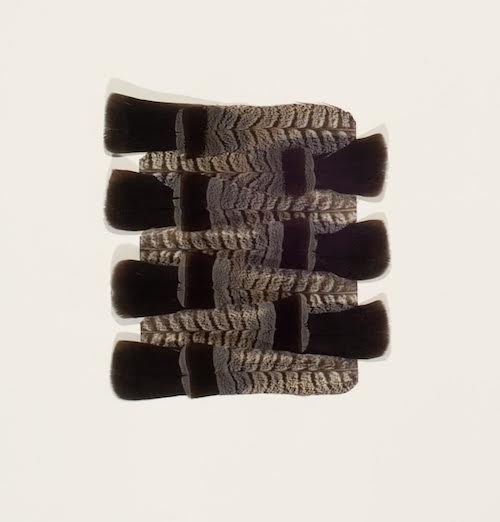 I learned to hunt deer. My teacher was my lover, a man of keen intellect and culture, an unusual blend I found very attractive in a man. He had mastered hunting mule deer with rifle and bow, and taught me many things: where the deer live, what their daily habits are; how to be aware of air thermals that carry human scent, to move slowly, to listen carefully and closely, to practice purposeful silence and patience. He taught me to shoot well and to field dress the animal then skinning, aging, butchering, cooking, and savoring.

We married and moved to Montana, and there I learned to hunt upland birds: sharp-tailed grouse, sage grouse, blue, ruffed, and spruce grouse—the indigenous birds; Hungarian partridge and pheasant—the introduced species. Each species lives in different terrain. Sharp-tailed grouse are found on the high plains and often in little draws and coulees where water collects and brush grows offering protection from predators, wind, or heat and—on cold days—providing sun-warmed slopes. Sage grouse live where sagebrush stands provide tender shoots, insects, and protection from weather, coyotes, raptors, and fox. Partridge favor wheat fields as do pheasant, but corn also attracts these birds. Both blue and spruce grouse live at higher elevations in conifer forests, and there it is an entirely different feeling and method of hunting.

These are wonderful places—places I would never go if I weren’t hunting—mountain ranges few would think to hike, plains and prairie lands people can’t drive through fast enough. There I am, surrounded by the grand circle of the horizon. I am in landscape absorbing what I see, what I hear, what I smell and touch, what I taste. These sensations are caused by living shapes, colors, lines, textures, lights, and darks. They are the source of the visual language of art. 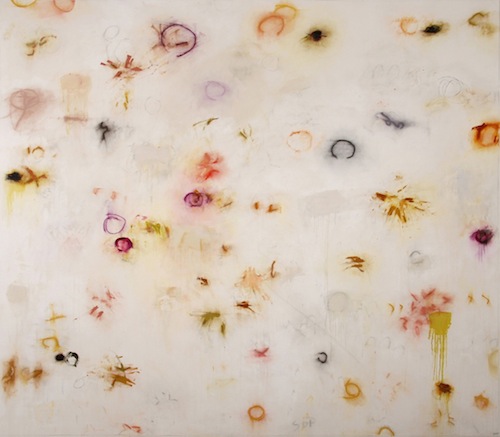 Modern life alienates us from nature, from landscape. Surprisingly, the word “landscape” now feels alien to me. It’s a word that comes from another time and way of looking at the natural world. “Landscape” implies the natural world viewed from a distance, as a spectator; the band of land and sky are at a remove. New terms such as wilderness, environment, and ecosystem, while better, are terms with all sorts of cultural overlay. They betray a certain way of seeing and imply that human beings are not of the natural world, that we are separate. My practice of hunting has changed that for me. The chase asks something more of me and I ask something more of myself: that is to be a participant. Consequently, how I see, what I see, and how it takes form on my canvas has changed. The traditional view has given way to something else.

It’s said that art is unique to humans. Archaic peoples of the Great Basin wove baskets and mats of great refinement, utility, and subtle expression. Did their lives in the open air—of necessity lives of astute discernment—along the shores of inland lakes where waterfowl were taken for nourishment contribute to this subtle expression? I think so. And to their humanity. 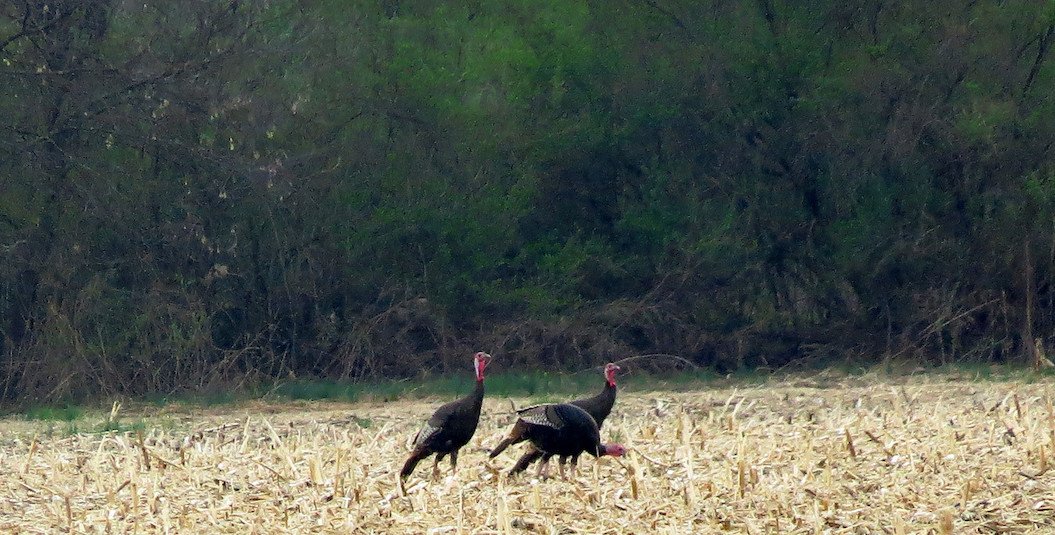