On Hating Hunters and Becoming One

Listening to early morning gunfire roll across hills and valleys during November deer season, I used to hear the sound of evil. Hunters were out there committing willful acts of violence, taking the lives of fellow beings. What compelled them to inflict such gratuitous harm, violating the most basic principles of compassion and goodness? Sitting at the kitchen table munching granola, I found it incomprehensible.

Then the trouble started. First, I began to recognize the impacts of agriculture: Habitats destroyed. Waters fouled. Creatures poisoned by pesticides, minced by machinery, and targeted by farmers. Even local, organic growers told me about the deer they shot, the rodents they smoke-bombed. Even in our own garden, my wife and I faced dilemmas. What to do about the beetles ravaging our squash seedlings, the fence-defying woodchuck razing our green beans, and the sandy soil hungering for composted manure?

This rude awakening to the realities of farming did not change our diet. We stayed vegan. But it shifted our ideas about the meaning of food ethics. It softened the edges of the rigid, black-and-white categories we had imposed on the world. It woke us to the fact that our lives were inextricably linked to animals. Even as vegans, we could not segregate ourselves from the web of life and death.

A few years later, my wife, who was studying holistic health, and our doctor—a Buddhist naturopath—suggested that some animal-based food might improve my health, correcting imbalances apparent in my blood chemistry. So we took the radical step of eating a bowl of yogurt. Then a few eggs. Soon, we introduced a bit of local chicken and wild fish.

The transition felt strange. No longer was my eating attended by an abstract awareness of impact and death somewhere out there in the world. Now I was ingesting parts of other creatures’ bodies. Death was there on my plate, an immediate, tangible experience.

That summer, I returned to my childhood pastime of fishing. If I was going to be nourished by flesh, it felt important to be directly involved—to take at least some of those lives with my own hands.

Before long, another possibility began to creep into my mind: hunting. It made a kind of sense. Like fishing, hunting was a way to confront the fact that my life was sustained by death, a way to resist the forgetfulness of supermarket shopping. It was a way to obtain local, free-range meat. It was a way to deepen my relationship with the land, tuning my senses—and my sense of place—through a new practice, adding to what I knew and felt as a hiker, paddler, wildlife watcher, and sometimes logger.

Yet the idea was disorienting, almost dizzying, as if a yawning chasm had opened at my feet.

Me, a hunter? Me, out in the woods, attempting to take the life of a beautiful fellow mammal? I pushed the notion away.

It returned, though, insistent. And today I am a deer hunter. A few weeks each autumn, I devote as many mornings and days as possible to the woods. I hunt because I find the practice meaningful. As I hoped it would, hunting has drawn me into a new relationship with these hills and valleys, making me newly attentive to subtle signs and patterns—a maple seedling nipped by a whitetail, the places where deer trails converge, the shifting breeze. Unexpectedly, it has also drawn me into a web of relationships with other hunters, thoughtful men and women passionate about the natural world of which we are a part. And it has made me more mindful of what I eat. Every time I take a package of venison out of the freezer, I am reminded of the life I took. Unlike anonymous meat from store—some animals, killed somewhere, sometime—meat you have hunted is always specific: that animal, that place, that moment. 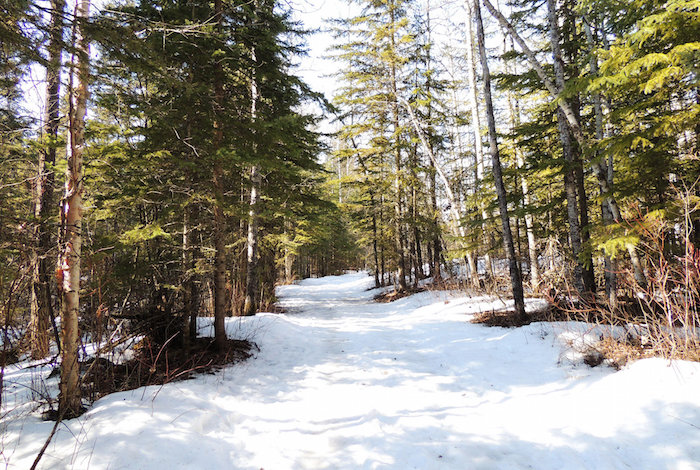 For me, hunting breaches the false boundaries often drawn between human and non-human, culture and nature. It shatters the illusion that my life, body, and heart are separate from land, tree, and deer. It brings me down to earth, reminding me that I am rooted in the food web like every other organism: living and eating one day, dying and being eaten some other day.

Is this, then, what hunting fosters? Does hunting cultivate awareness and connection? Does it cultivate mindfulness and respect? Does it help us understand the natural world and our place in it? For many hunters, it does.

The differences seem to hinge on the attitudes we bring to the pursuit: humility and compassion, arrogance and callousness, or something in between. Hunting can intensify the best in us, or the worst. It can connect or alienate.

In my ideal future, all hunting would be guided by an ethic of respect for our fellow creatures. It would be rooted in the recognition that all of us—human and non-human, animal and plant—are inextricably enmeshed in the same living systems. Passed from one generation to the next, hunting would help us integrate our capacity for moral feeling with the reality of the world we inhabit, with Gary Snyder’s observation that “there is no death that is not somebody’s food, no life that is not somebody’s death.” It would draw us into mindful relationship with non-human animals and nature, reminding us to honor all lives, lived and lost. Hunting is not the only way to encourage such values and pursue such awareness, but it remains a potent way.

Listening each November, I no longer hear undifferentiated gunfire rolling across the hills and valleys. I hear individual shots. And I pray that each one is the sound of connection, of a human being at home in nature, grateful for the world we inhabit, awake to what it means to live here.