In Need of Rescue 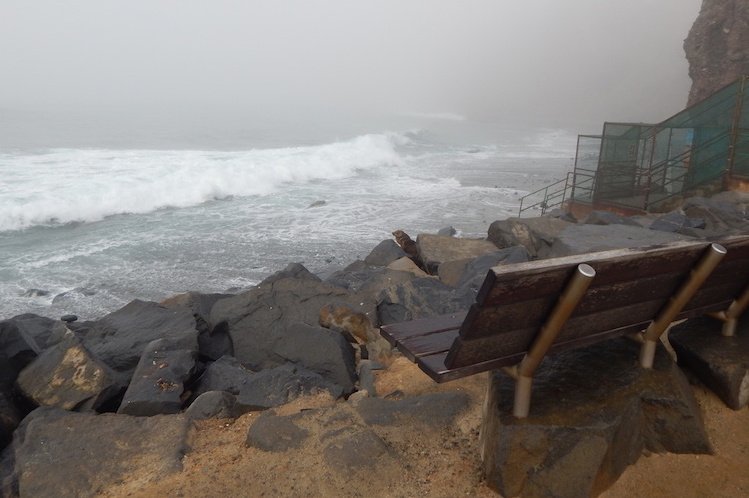 Fog blurred the edges of the breakwater, so I could hear, but not yet see, the ocean. The sidewalk gave way to a dirt path, bordered by native California shrubs, their colors dulled by the half-light before dawn. I’d hoped to watch the sun rise from my favorite spot on the shoreline, beneath the crumbling sandstone cliff that gave Dana Point its name, but the horizon was uniformly gray.

The only other person awake this early was a man with two dogs on leashes, pushing a baby stroller. We exchanged nods and I settled on the lone bench facing the sea. He stopped a few yards away and turned his face seaward as well. A furry face appeared from within the stroller’s depths—not the face of a human child, as I was expecting, but a flop-eared spaniel swaddled in blankets.

The tide was in all the way. No sliver of beach remained, just a bulwark of sea-pummeled stones made knobby with barnacles. A sea lion pup clambered into view, skin wrinkled with folds of baby fat. He looked like an accordion wrapped in black velvet. He gave me a long look and then turned his whiskered face to the man with the dogs. Then the pup, too, looked out at the sea. 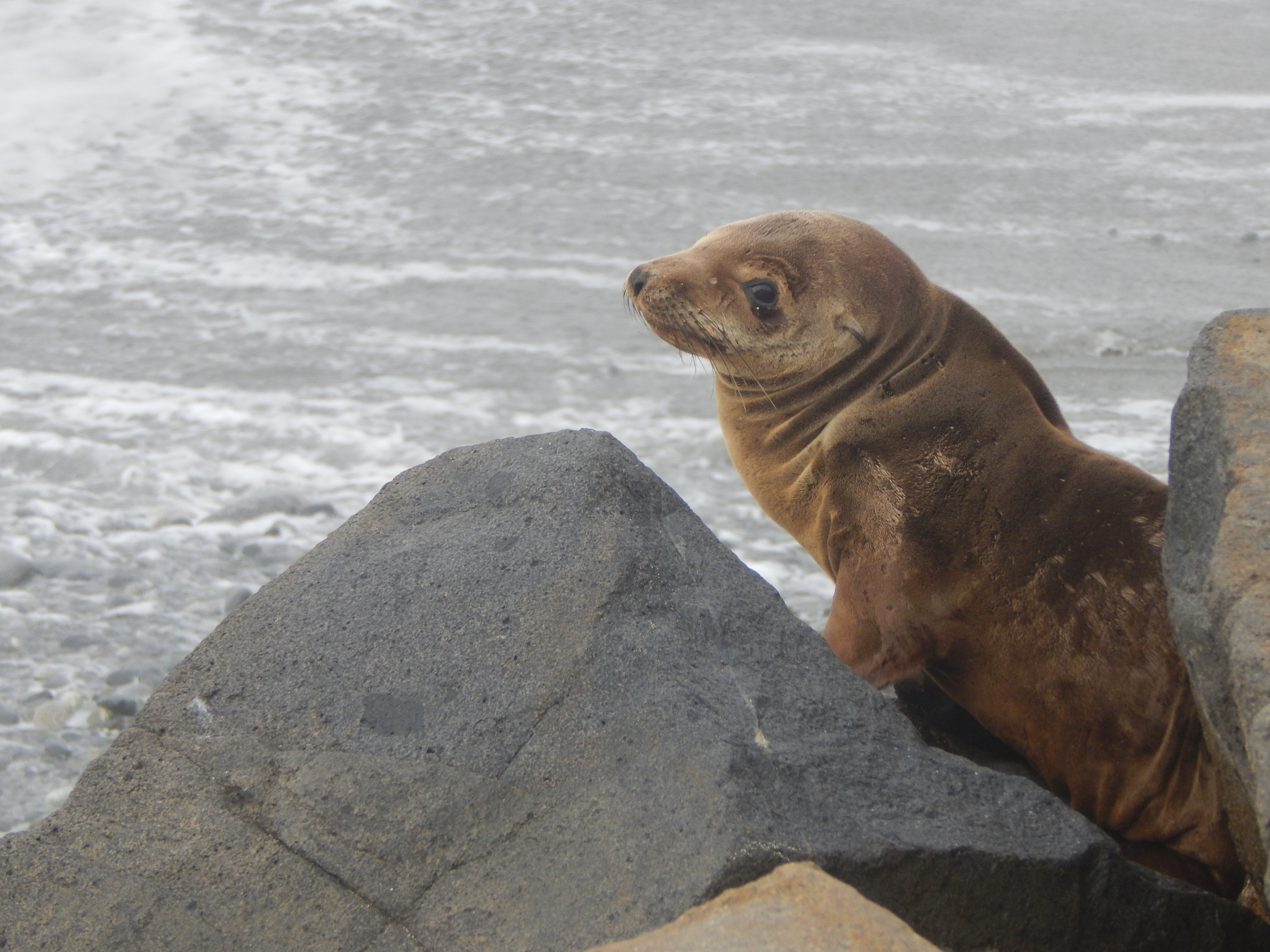 I’ve never been comfortable with the idea that people can have spiritual experiences with wild animals. Connection is supposed to work both ways. We might feel awe and reverence in their presence, but that black bear or full-antlered buck is more likely to experience indifference or fear. A recent study showed even a creature as high on the food chain as a mountain lion responded to the human voice with behavior consistent with terror. Still, I couldn’t help imagining a kind of camaraderie among the six of us as we gazed seaward in the pearly morning. Maybe the dogwalker felt it too, because he edged his baby stroller closer to my bench and nodded at the sea lion.

“My wife works at an ocean institute that rescues seals and sea lions,” he said out of the blue.

I smiled in response, and encouraged, he added, “They’ve got 150 pups right now—that’s about 50 more than they’ve got space for. They get malnourished. Not enough food.”

“Because of the development?” I asked, glancing up at the expensive new hotel on the cliff face above me, in a gesture meant somehow to encompass all of southern California’s sprawl.

He shook his head. “They think it’s because the sea temperature’s changing. The food sources are moving away.” I noticed he said changing, not warming—he’d learned to be careful talking to strangers. I’d heard that dead sea lions washed up on beaches in droves when the most recent El Niño brought a surge of warm water to the Pacific. But that’s part of a natural climate cycle. It’s an open and far more frightening question how ocean life will adapt—or fail to adapt—to the pace of recent planetary warming.

The sea lion pup stretched his neck like a Slinky and bunched up again, his eyes dark and liquid, heart-shaped nose quivering. The man with the dogs told me the pup looked healthy, and I felt relieved. The mothers leave their pups for long periods of time—sometimes days—in search of food. Maybe she was out there in the waves now, chasing the ghosts of fish that had already swum away.

The sun rose somewhere behind the bank of fog. A bearded man joined us and I pointed out the sea lion. I regretted the impulse almost immediately, because the bearded man told the next people who came along, two women in fluorescent jogging suits. They became excited, jabbering in a language I didn’t know. They were tourists, perhaps, or at least didn’t jog often along this beach. Sea lions and seals were commonplace, usually crammed onto the buoys just offshore. I’d seen dolphin fins breaking the waves near the point, gray whales breaching, and once, a blue whale, the planet’s largest mammal, blow a spout of water just off the prow of a boat before fluking back to the depths.

The joggers used the end of my bench to stretch their legs. The sea lion pup put his flipper up on a rock a moment later. It looked like such sly mimicry that I laughed out loud, although I knew he was just shifting position. A bicyclist whirred by and he craned his neck in alarm. My refuge was getting crowded as the harbor woke up. A husband, wife, and teenage son arrived, all heavily tattooed.

At first they ignored the pink-clad jogger, who tried to draw their attention to the sea lion pup in broken English. Finally they followed her pointing finger. The son got out his smartphone and snapped a few photos. Then all three of them, talking loudly, left the path and clambered onto the sea-slick rocks. The pup grew distressed, swiveling his neck like a weathervane. “Is he going to be rescued?” the woman with bleach-blonde hair asked, and then: “Oh, you poor thing, are you lost? Where’s your family?” 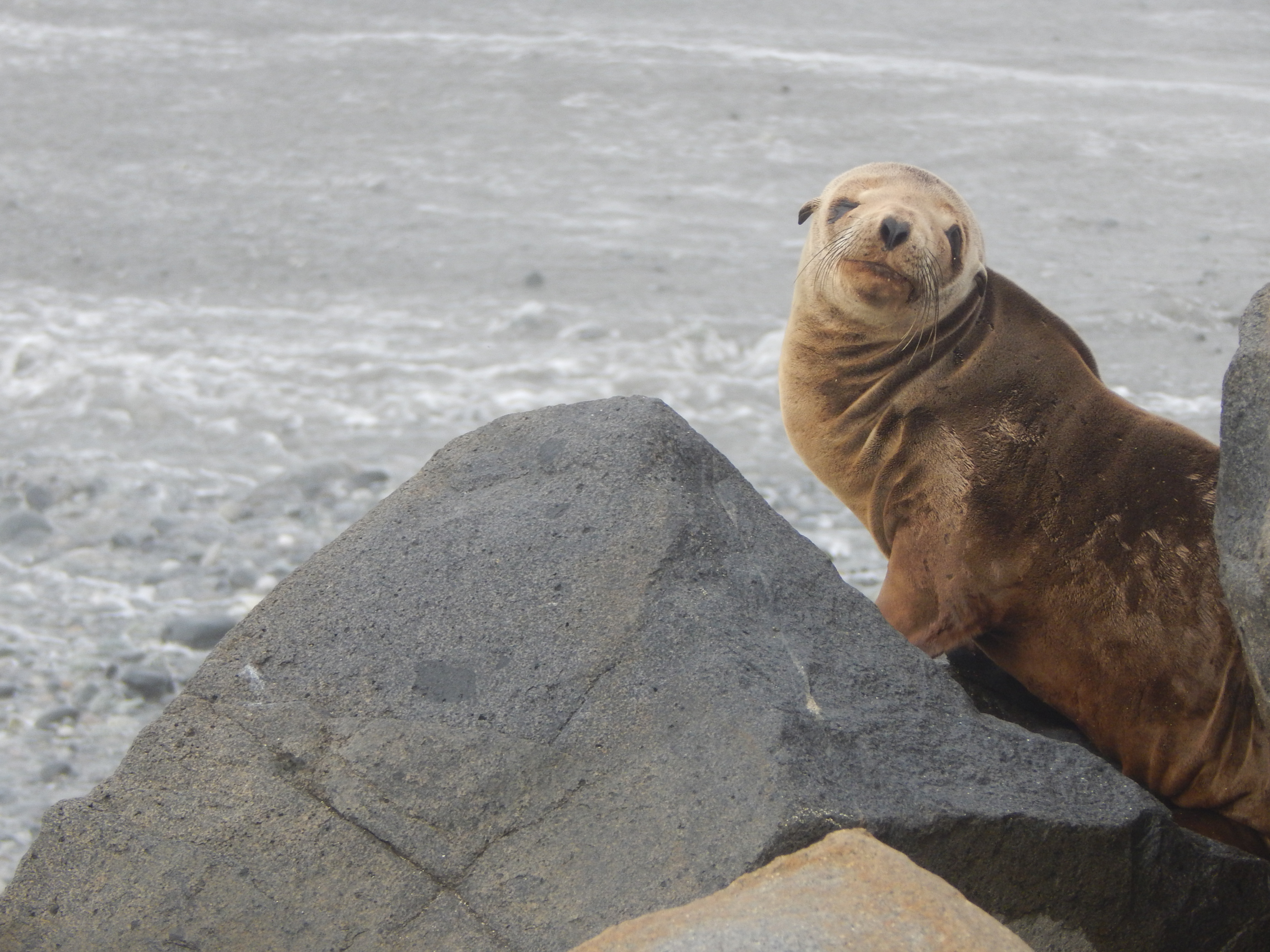 I was uncomfortable, too shy to tell the family to back off. He doesn’t need to be rescued, I wanted to say. He doesn’t need you! But I couldn’t make myself speak. I looked for the dogwalker, but he’d already trundled away, the stroller leaving parallel tracks in the dusty red ground.

The illusion of camaraderie was shattered. I was one more human in a crowd, tolerable only when I kept my distance. All I could do to lessen the pup’s anxiety was leave. I was angry as I walked back to the harbor, but a small inner voice told me I shouldn’t be. Most animals are better off when they’re left alone. I hold to that rule as tight as I can when I walk in wild places—but I break it, too, when the desire to help is too strong. I’ve scooped tadpoles from a doomed puddle into the larger pond nearby. I’ve moved fallen nestlings out of well-trammeled trails and rescued squirrels from the mouths of cats.

The impulse to help wild creatures reveals the best and worst of humankind—our clumsiness and ignorance, but our kindness, too. Sometimes our craving for connection leads us astray, makes us blunder. We terrify and endanger animals; we love them to death. What would it take, I wondered, to harness that craving for something bigger? Could we stop filling the atmosphere with carbon and emptying the ocean of fish? Could our need to “rescue” animals stretch as far as rescuing them from ourselves?

On the way back into the harbor, I caught up with the two women in fluorescent jogging suits. “Sea lion! Sea lion!” they shouted to everyone they passed, pointing back the way we came.

All photos by Melissa L. Sevigny