Kinship and the Geography of Hope 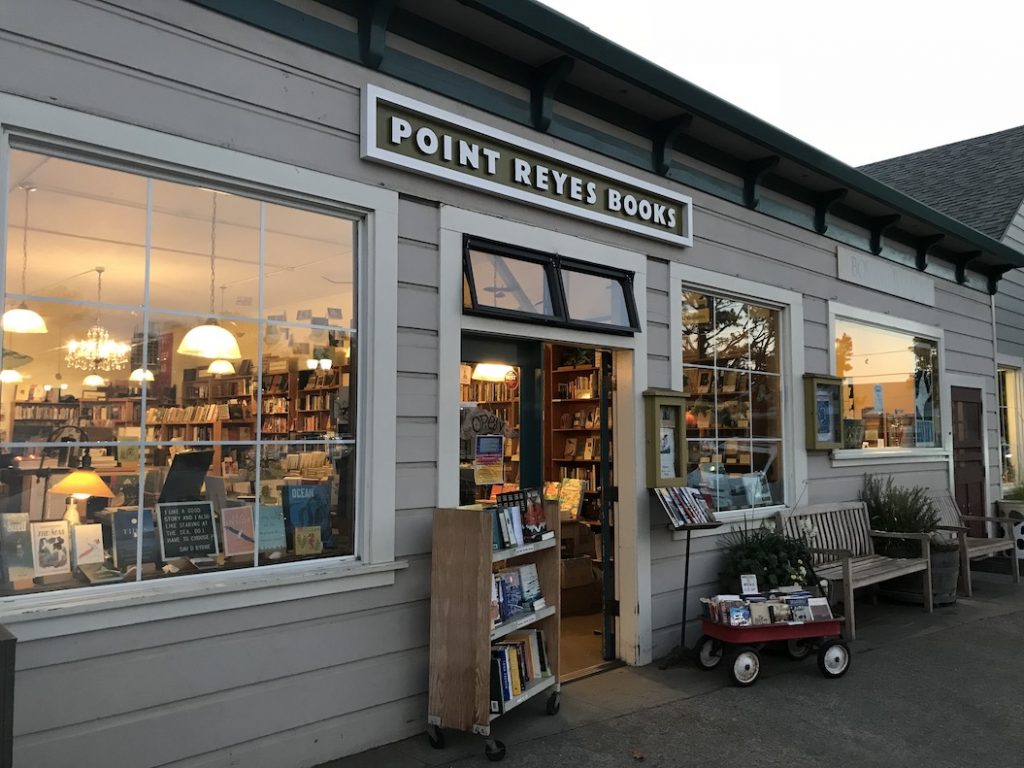 Kinship is a word I’ve only in recent years come to know and appreciate. It’s a concept that, in retrospect, was at the very essence of Geography of Hope, a weekend gathering that took place nine times over the course of a decade in the small village of Point Reyes Station on the coast of Marin County, neighboring the Point Reyes National Seashore.

The origin story of Geography of Hope began on the sidewalk in front of Point Reyes Books, an independent bookstore that my wife, Kate Levinson, and I purchased in 2002. There, a conversation unfolded with local Pulitzer Prize–winning writer and kindred spirit Philip Fradkin about how best to launch his new book, Wallace Stegner and the American West. Philip and I began dreaming of a three-day gathering that would include members of the Stegner family, Stegner’s students, and environmental leaders. In March 2008, Robert Hass, Barry Lopez, Paige and Lynn Stegner, Rebecca Solnit, and many other writers and wilderness advocates came together to celebrate Stegner’s work and life at the inaugural gathering.

The conference was titled “The Geography of Hope,” a phrase from a 1960 letter Stegner wrote describing the values of wilderness to Congress in support of the Wilderness Act. He concluded his arguments with these sentences: “We simply need that wild country available to us, even if we never do more than drive to its edge and look in. For it can be a means of reassuring ourselves of our sanity as creatures, a part of the geography of hope.” The words “Geography of Hope” hung, like a truncated Bible verse, behind the speakers at the West Marin School gym, where three hundred Stegner “kin” gathered for one of the most memorable literary events in the Bay Area. Given the success and impact of the weekend, Point Reyes Books hosted a second Geography of Hope the following year, focused on the theme “Farming and the Rural Life,” and then a third conference, “Reflections on Water.”

In late 2012, Stephen Most, the writer of the documentary Green Fire: Aldo Leopold and a Land Ethic for Our Time, visited the bookstore and asked us to host a screening of the film. It didn’t take me long after watching the film to contact Stephen and suggest we sit down and explore more than just a screening. I proposed that the next Geography of Hope celebrate Aldo Leopold, and we began planning with Curt Meine, Leopold’s biographer from the Aldo Leopold Foundation; staff from one of the organizations that co-produced the film, the Center for Humans and Nature (CHN); and Steve Dunsky and Ann Dunsky, who worked for the United States Forest Service and are the film’s editors. In March 2013, “Igniting the Green Fire: Finding Hope in Aldo Leopold’s Land Ethic” became one of the most significant gatherings on the life and work of Leopold and featured twenty presenters, including Leopold’s daughter, Estella.

Each Geography of Hope offered opportunities for the practice of kinship. Through intimate conversations, new kinships were born among the presenters, the attendees, and the Tomales Bay Watershed.

Storytellers, wisdom keepers, poets, artists, and ecologists came together and shared their vital stories of finding hope in the land, considering how to think and act creatively about a resilient future for the whole of community life. Through field trips, we witnessed the kinship that exists between the forests, ocean, creeks, rocks, farms, and their stewards—the farmers, ecologists, water keepers, and park staff.

We learned that kinship is at the heart of Indigenous society, that it is grounded in the land and all living beings. We were called to re-matriation—a return to a spiritual way of life with respect for Mother Earth—in order to heal and transform the legacies of colonization, genocide, and patriarchy. We were inspired to consider what actions our ancestors and future generations needed us to take: What kind of ancestors do we want to become?

This question resonated strongly for me on the final day of the 2018 Geography of Hope conference, “Finding Resilience in Nature,” as we gathered on the edge of Lagunitas Creek to listen to Chief Caleen Sisk of the Winnemem Wintu tribe. She told the story of salmon who are born, swim out to sea, and return to spawn and die in the coastal creeks, describing their ecological and spiritual importance and their miraculous journey. German forester Peter Wohlleben, author of The Hidden Life of Trees, then told us of trees talking to one another, experiencing pain, having sex, and sending out signals of distress about the imminent collapse of our planet. Having been challenged and inspired to become good ancestors by appreciating the interconnection of salmon, trees, and all life, we went to work planting thirty willow trees along the creek to restore the local watershed.

I am grateful that my understanding of kinship has deepened and widened from my experiences with the Geography of Hope and the Center for Humans and Nature. Though Black Mountain Circle has ended, during these perilous times, West Marin continues to serve as a geography of hope, of refuge, and of kinship. One example is the Point Reyes Sanctuary Project, which I have created with the support of the Windcall Institute. Beginning this year, we will be providing one-week stays at second homes owned by privileged white people to sixteen community organizers on the front lines of critical social and environmental justice causes in Oakland. These activists face increasing stress and burnout and often work tirelessly, without resources to attend to their well-being. They deserve a rest, a respite, and an opportunity to experience nature as a source of resilience and rejuvenation. My hope is that this project can inspire other regions in our country to replicate such an offering, this expression of kinship. In one form or another, even though the Geography of Hope conferences are no longer held, the work they inspired goes on, configuring and reconfiguring hearts and minds with the wild assurance, as Stegner asserted, that we are “part of the geography of hope.”