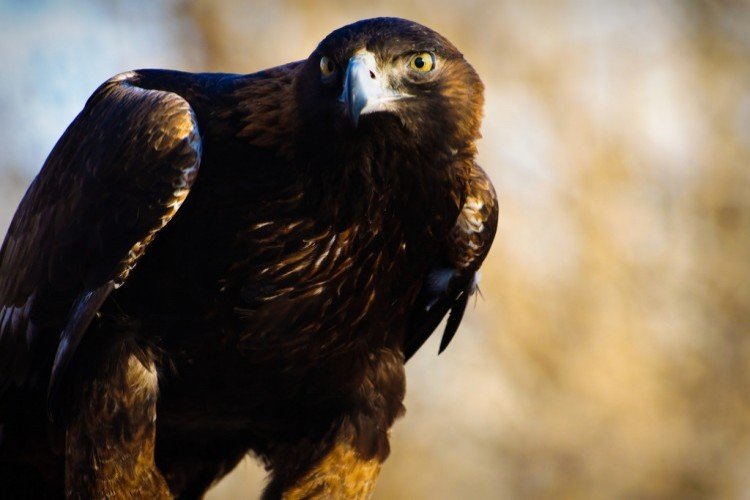 Olo
Nelson says we can go in and see her. Nelson says he will take us in. I think I can see her through the bars, watching, unsure of the strangers here.

Deep in the heart of Zuni Pueblo land, we enter the eighteen-foot tall building only by permission of Nelson, the aviary keeper for the pueblo. He works for the Zuni Fish & Wildlife Department.

Although there are other eagles in the aviary (the first of its kind), both golden and bald, it is she that we have come to see. It is she that Nelson wants to introduce us to. 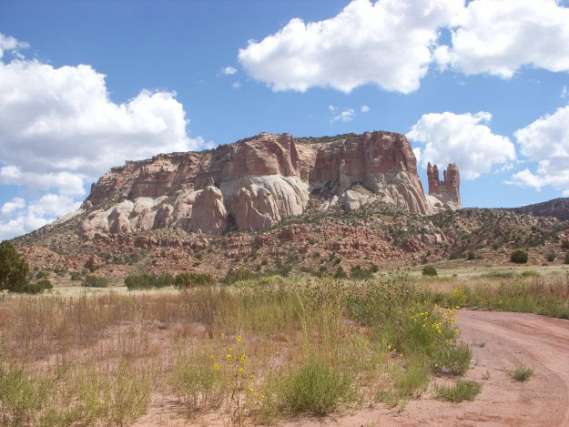 The Pueblo of Zuni, in 1990, was the first Tribe in the Nation to propose plans for a sanctuary to house non-releasable eagles for cultural and religious use. The Zuni aviary houses various raptors who are no longer re-releasable due to their injuries; but many are healthy enough to parent offspring that will eventually return to the wild. The aviary is not just about the housing and care of raptors who otherwise would be euthanized; the program developed by the Zuni peoples is about continuing cultural traditions that have been in place for generations. Fallen feathers from the raptors in the aviary are collected and shared among the religious leaders of the community for sacred ceremonial uses. Like many Native American religions, wildlife plays a vital role; not only do the Zuni revere wildlife, many species of animals are considered to be the incarnations of ancestors.

The entrance to the enclosure is made of wood, and sunlight rushes through the spaces between the long parallel planks. This is a place to care for birds no longer conditioned for the wild. But more than this, it is a place to maintain the sacred. 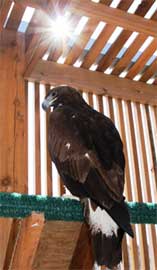 Nelson takes us to the golden eagle whose name is Olo. He approaches her gently, and she, once a wild sacred being of the southwest skies, lets him approach with ease. We keep our distance, watching with respect.

Something about watching them both makes me realize Olo is as much Nelson’s as he is hers. I know this by the way she calms when he approaches. The way he looks at her with an outstretched hand. It isn’t a love between a bird and a man—instead it is an unspoken respect and understanding, a kind of sacred relationship that remains un-described by all of the biology books on my undergraduate shelf.

This is being witness to the strange, perhaps mis-placed extraordinary, and yet extraordinary just the same. To be so close to a golden eagle is not only an honor, it is a gift.

We work in Zuni, then head out to Gallup where we’ll stay for the night. I’m part of a federal agency team who assists pueblos and tribes in tasks having to do more with fish than with birds. But it is the birds I remember. It is the birds I am drawn to. That night, I don’t dream of Olo, but instead of whiskey. Strange, perhaps mis-placed extraordinary, and yet extraordinary just the same.

Museum
My hands are in the bird. Not on the bird. In the bird. Stainless-steel scissors, forceps, and a scalpel are aligned out on the table. I reach for the scalpel, shockingly sharp, and cut up further into the breast area of the bird. I have to be able to remove the meat from the skin, the body from its shell. There is a classic rock station blaring through the radio in the adjacent room; the Rolling Stones are playing but I can’t remember the name of the song.

I am working for the Museum of Southwestern Biology, Ornithology Division, University of New Mexico. I am a Curatorial Assistant, a student whose duties include bird specimen handling and preparation inside the belly of a museum laboratory. I catalog each bird and associated number into a database larger than they sky. My fingers are numb at the keyboard.

I cut into birds—falcons and sparrows, owls and eagles. I prepare them for long-term museum collection and preservation. They are prepared, cataloged, and then stored in a vast array of floor-to-ceiling movable storage cabinets. The only thing I haven’t been trained to work on is the larger shoreline birds, like pelicans or egrets. Rows and rows of cabinets are in the museum, and throughout the building the temperature is kept cool, the lighting minimal. This is a place of science, of collection, of learning and teaching.

But working here, in this museum of birds, am I crossing the line between sacred and science? Is there really such a line? Or is it instead a gray blur, like a charcoal stripe made on white paper by a clumsy finger? What kind of line is there between the sacred and the scientific? And at what point do you know that you’ve crossed it?

What separates logic from belief? In my hands is bird skin and bone, drained of life, but not empty of power and symbol and myth and sacred meaning.

The classic rock station has switched from a commercial back to song. I think I recognize the Allman Brothers Band playing.

I began March by going to Zuni, witnessing the eagles, and then getting drunk. Like most of my life, the day was a pendulum of perfection and mistake.

The morning after seeing the eagles and all their remaining brilliance, I woke up hung-over, dragging myself over bathroom floor, wanting to vomit, needing to vomit. One of my knuckles was split wide open.

The night after completing our work in Zuni, I got drunk on whiskey. I toasted to it all, and the woman tending the bar wore a referee’s shirt, and she kept on serving as I moved from one shot to the other, a dangerous dance between dark whiskeys and pool tables. Despite my desire to stop, my need to stop, my desperation to stop, I did not, could not. And I thought, there has to be more to the spirit of Zuni than this….

Aviary
The eagles in the aviary live on, despite injury, despite what might be seen as a grace-less captivity, unable to fly and kept in a house of wood and latches. But their caretakers, like Nelson, have a deep respect for what they do. This is not just a labor conducted for a weekly paycheck. It as a labor of tradition, culture, sanctification.

Nelson and his eagle. A student in the museum of specimens and learning. A girl at the bar with the inability to stop the swallow. These are the lines between the sacred and the science, blurred gray like a charcoal stripe made by the precise finger of Mystery itself, traced on the white pallet of life. This is the line crossed between the sacred and the scientific, I can see it clearly now, separating logic from belief. In my split-knuckled hands was skin and bone, feather and grace, drained of life, but not empty of power. 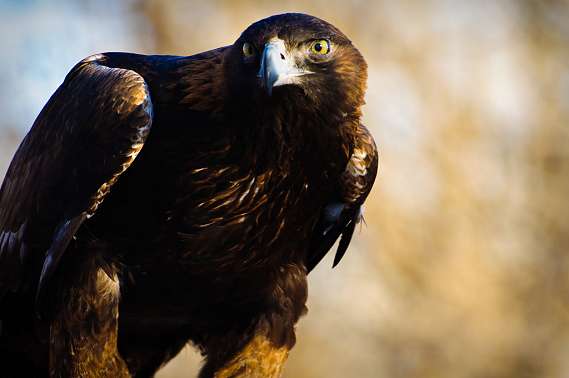